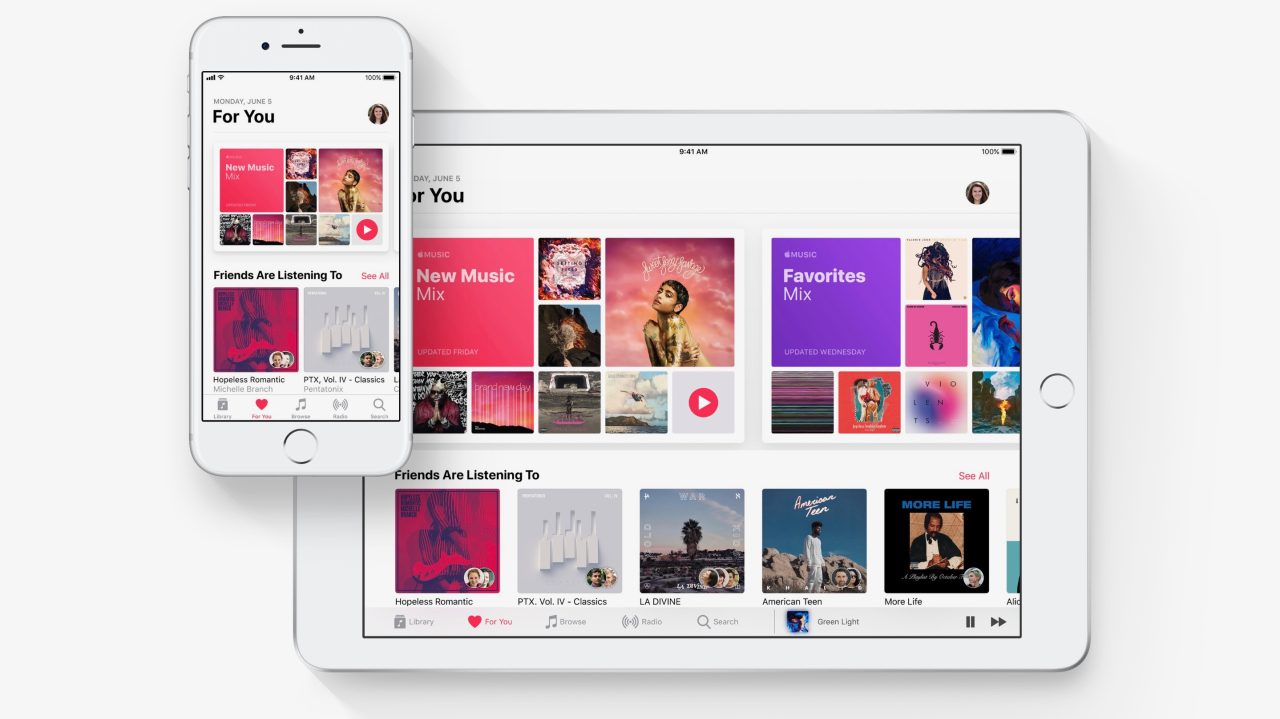 Streaming music services such as Apple Music continue to contribute to the rebirth of the music industry. The Recording Industry Association of America this week has released its mid-year update for 2017, showing continued growth thanks in large part to streaming services…

Revenues from sales of digital tracks and albums continued to decline in the rst half of 2017. Overall digital download revenues were $757 million, down 24% versus 1H 2016. Individual track sales revenue was down 23%, and digital album revenue was down 26% compared with the previous year. Digital downloads only accounted for 19% of total industry revenues. They had been the largest format until as recently as 2015.

In the United States, the RIAA says there are now 30.4 million paid music subscribers, up from 20.2 million in the first half of 2016. Nearly 80 percent of all revenue for the music industry now comes from digital distribution.

These numbers mark a continuation of growth for the music industry, but the RIAA notes that numbers are still below the peak of the late 1990s:

Primarily owing to growth in paid subscriptions, the industry continued to recover, though at levels still far below the peak of the late 1990’s. These results show a continuation of the trends that were taking shape when we reported 2016 year-end data. Revenues from streaming formats grew rapidly, while sales of both digital and physical unit based products continued to decline.

The full RIAA report can be found right here. Are you subscribed to a music streaming service? Let us know down in the comments.