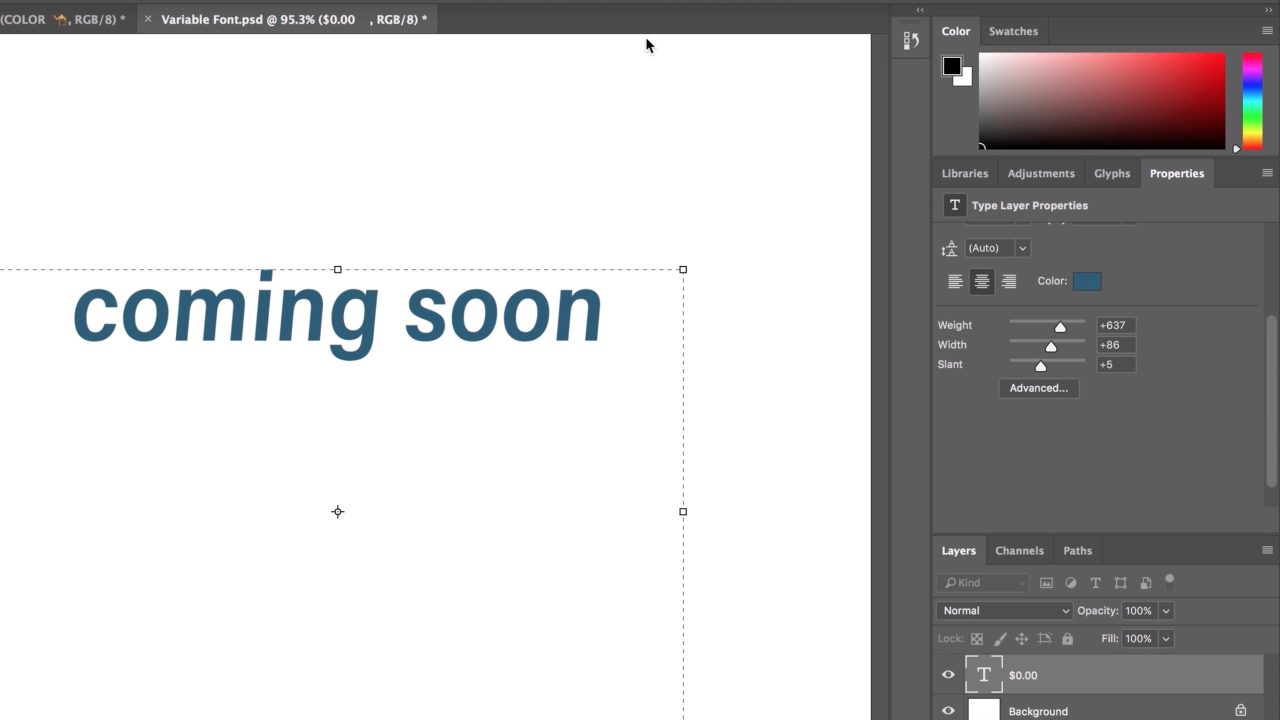 Adobe today has offered a sneak peek at some upcoming enhancements to Photoshop. In a video on YouTube, the company showcased a new Variable Fonts feature that allows designers to have an added layer of customization..

We’re excited to give you yet another sneak peek into some of the new functionality coming to Photoshop CC later this year. Variable Font, a new OpenType font format that supports custom font attributes like weight, width, and slant is coming soon to Photoshop CC. With Variable Fonts, you’ll have the freedom to create endless combinations for a truly customized font.

Adobe regularly previews upcoming features for Photoshop. The company hasn’t yet offered specific information about when this new Variable Fonts feature will become available, only teasing that it is “coming soon.”

Check out Adobe’s preview of Variable Fonts in the below video: