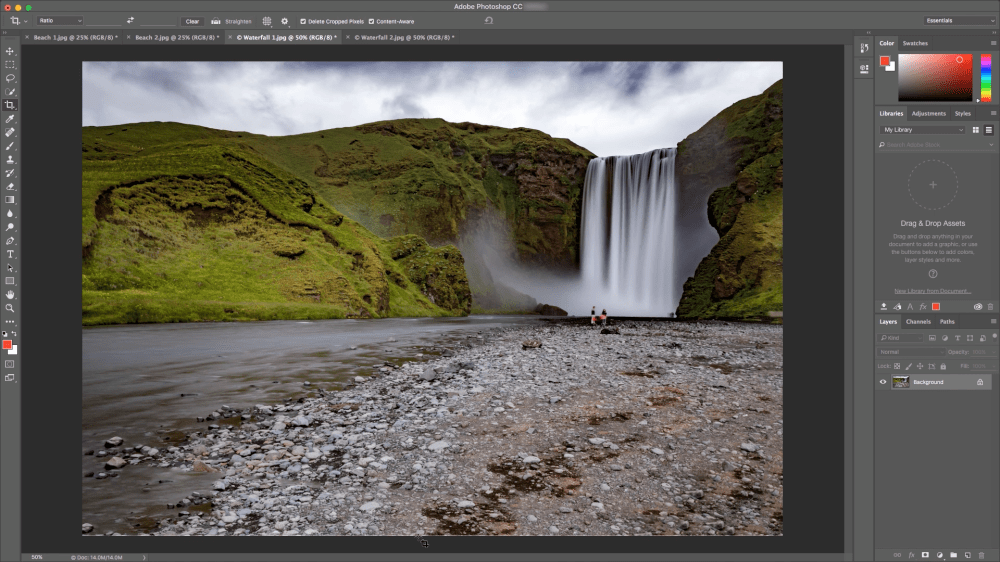 Adobe is showing off a new feature coming to the next big version of Photoshop CC called content-aware crop. In the video demo below, Adobe gives the example of cropping a photo of a child by straightening the horizon in the shot, but doing so cuts off the lifeguard sign behind the child. Content-aware crop solves this problem…

A standard crop that would include both the boy and the sign would include white spaces not captured in the shot, but context-aware crop uses Photoshop intelligence to artificially fill in the white space with scenery after the shot was taken.

In another example, Adobe demonstrates straightening a waterfall scene again based on the horizon. The crop not only creates white space when including the subject, but the demonstrator also wants to show more of the foreground. Dragging the crop beyond where the actual photo ends while using the context-aware crop feature actually extends the photo beyond what was ever shot.

The artificial fill looks natural and doesn’t require manually cloning areas of the image. Adobe says Creative Cloud subscribers will see this content-aware crop feature in the next major release of Photoshop CC.