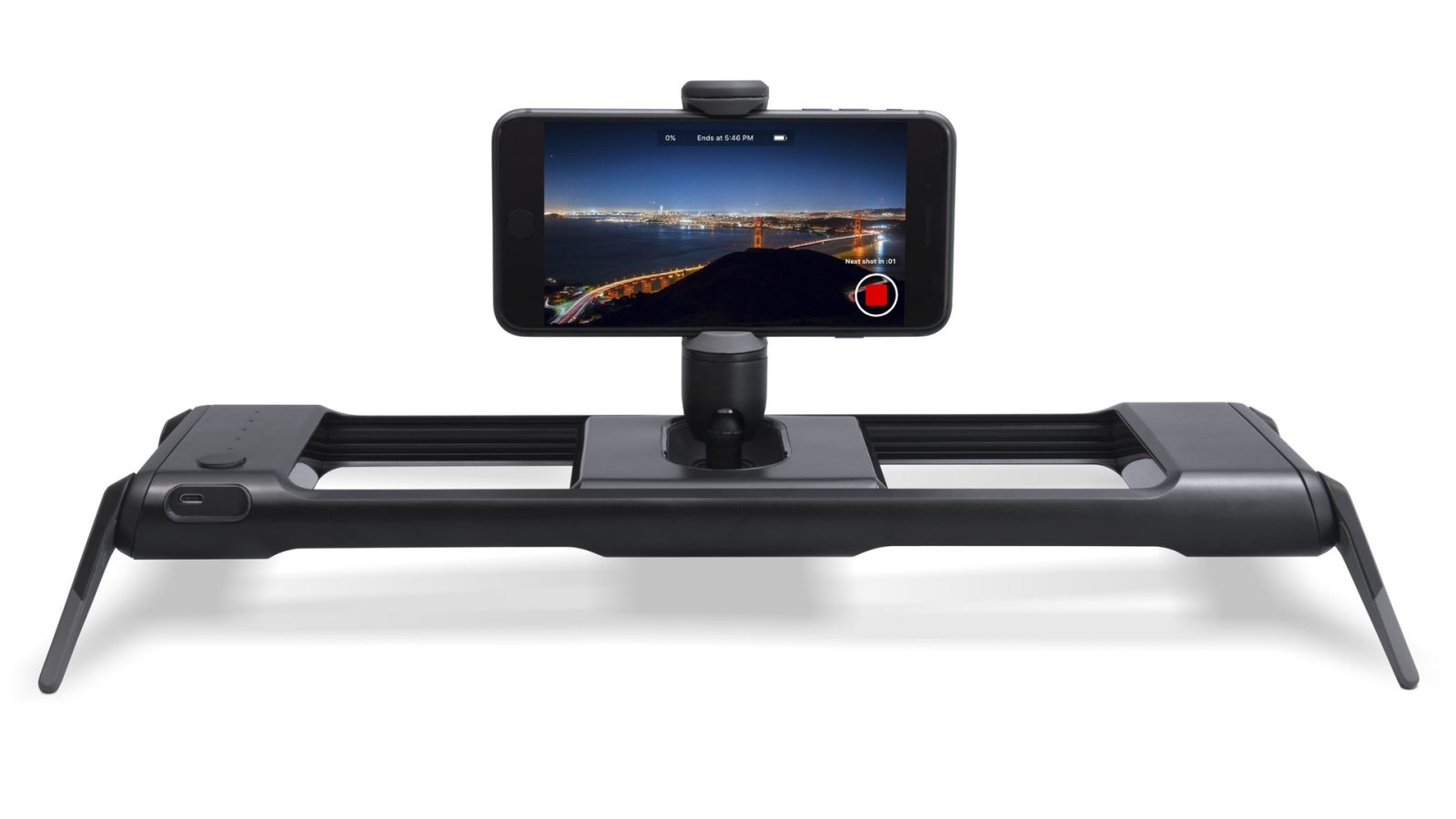 The iPhone has long been well-regarded for its photographic capabilities, but as of late it’s becoming quite the outstanding tool for videographers as well. For example, with the iPhone 8 and the iPhone X, Apple has stepped up the device’s video feature set, adding both 24 and 60 frames per second options for 4K video capture.

But when it comes to capturing rich and dynamic video content, the iPhone hardware is only half of the equation. Apple devices, and smartphones in general, are benefited by a wide variety of add-on hardware, such as lenses, tripod mounts, filters and more. These tools can help iPhone videographers take their productions to the next level.

With this in mind, Seattle, WA-based Rhino Camera Gear, creators of the popular Rhino Slider for DSLRs and mirrorless cameras, have built the ROV — a compact slider specifically with the iPhone in mind. Slider movement produces a cinematic feel in videos, and now that same feeling can be easily captured by iPhone videographers.

Like it’s done for previous products that it has brought to market, Rhino is introducing the ROV Camera Slider via a Kickstarter campaign that officially launches today.

Rhino is launching two versions of the ROV Camera Slider: one that is specifically designed with the iPhone and other smartphones in mind, and a Pro version that is capable of accommodating both smartphones and DSLR cameras.

Here is what you can expect from the ROV:

The ROV Pro edition includes all of the aforementioned features, along with the following: 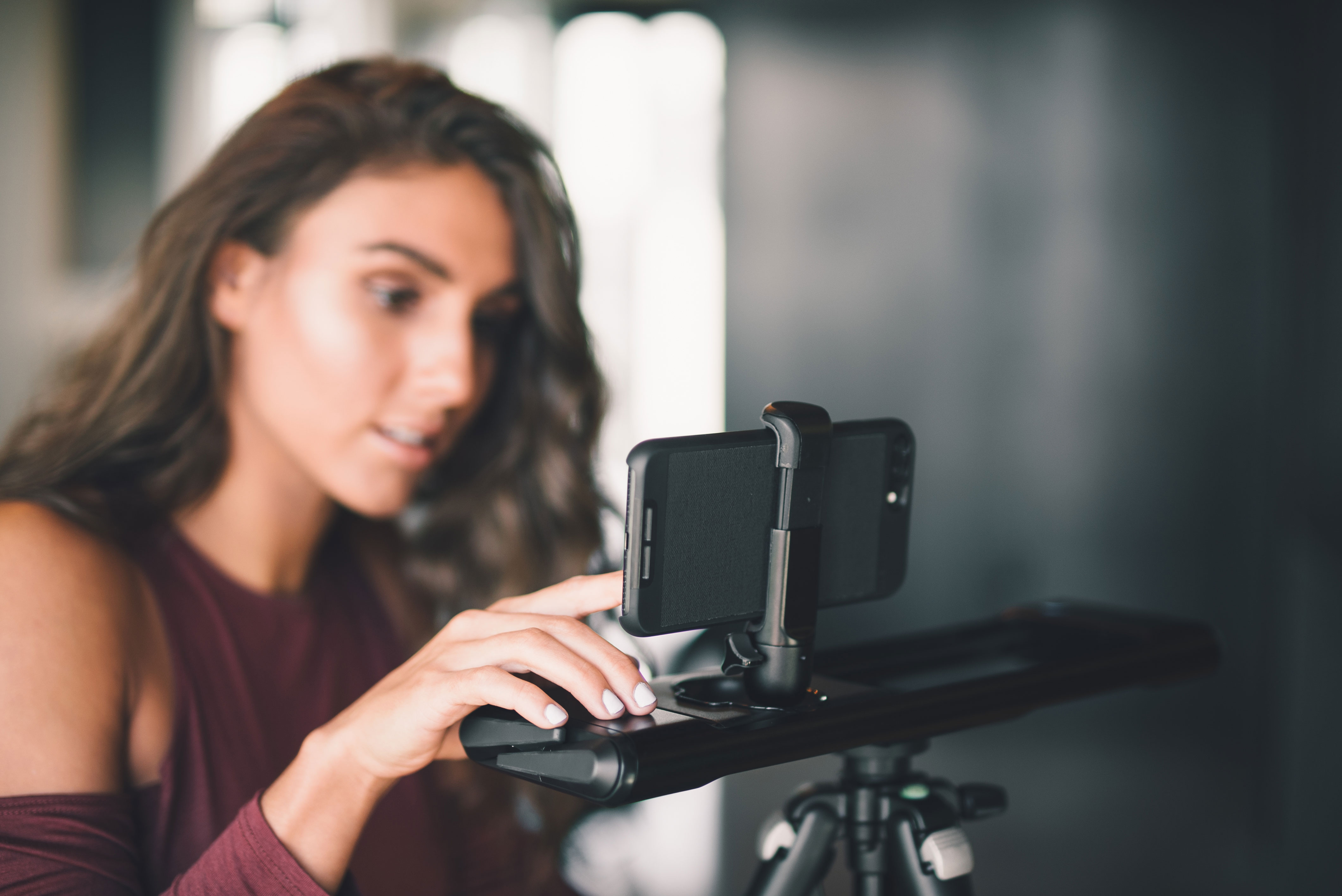 Both sliders are available in either everyday length of 8-inches, or a traveller length of 16-inches, and Rhino has several different bundles available that you can back if desired.

Some of the bundles include a carrying case, tripod, shotgun microphone, etc. Basically everything that you’d need to turn your iPhone into a storytelling device that’s capable of capturing some truly cinematic video. 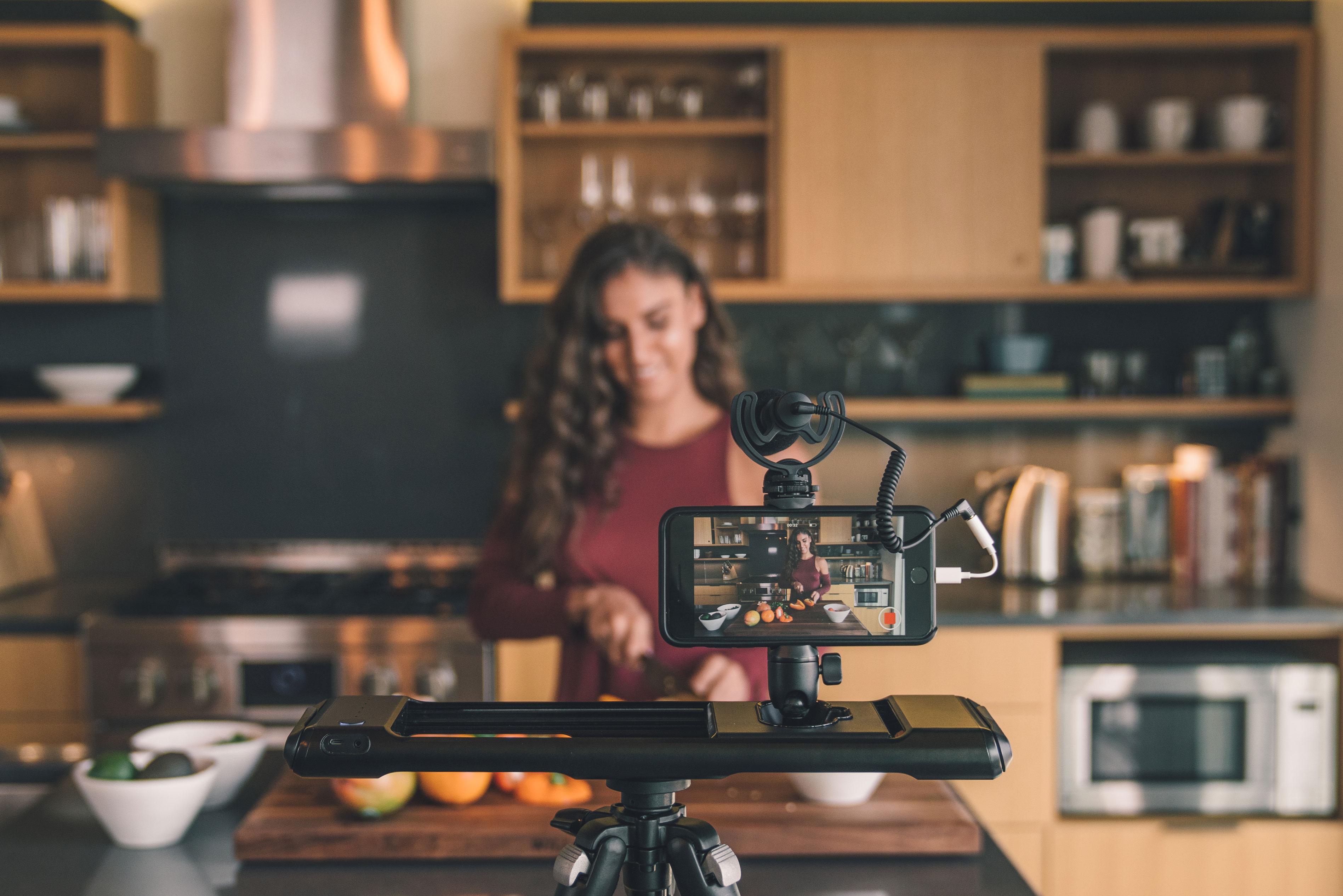 To control the ROV, you will be able to use the Rhino Storyteller app, or the ROV Motion app once it launches. ROV Motion is geared towards those mounting other types of cameras, such as DSLR/Mirrorless/Go Pro, etc. The app allows you to control the slider by setting direction, speed, ramp, looping, and more.

Rhino Storyteller is a full-featured video app and editing package that’s already available for free download now. The Storyteller app works with or without the ROV slider, and is made specifically for the iPhone, with an Android version in the works. ROV Camera Slider settings will be able to be controlled within the Storyteller app once the slider launches.

Beside being able to control the ROV Camera Slider, Rhino Storyteller features several key features that mesh well with cinematic slider movement. These features include:

In the post processing portion of the app, you can trim and rearrange footage, adjust exposure, speed, music, etc. It’s obviously not as full-featured as a desktop NLE, but for quick edits, it works quite well. 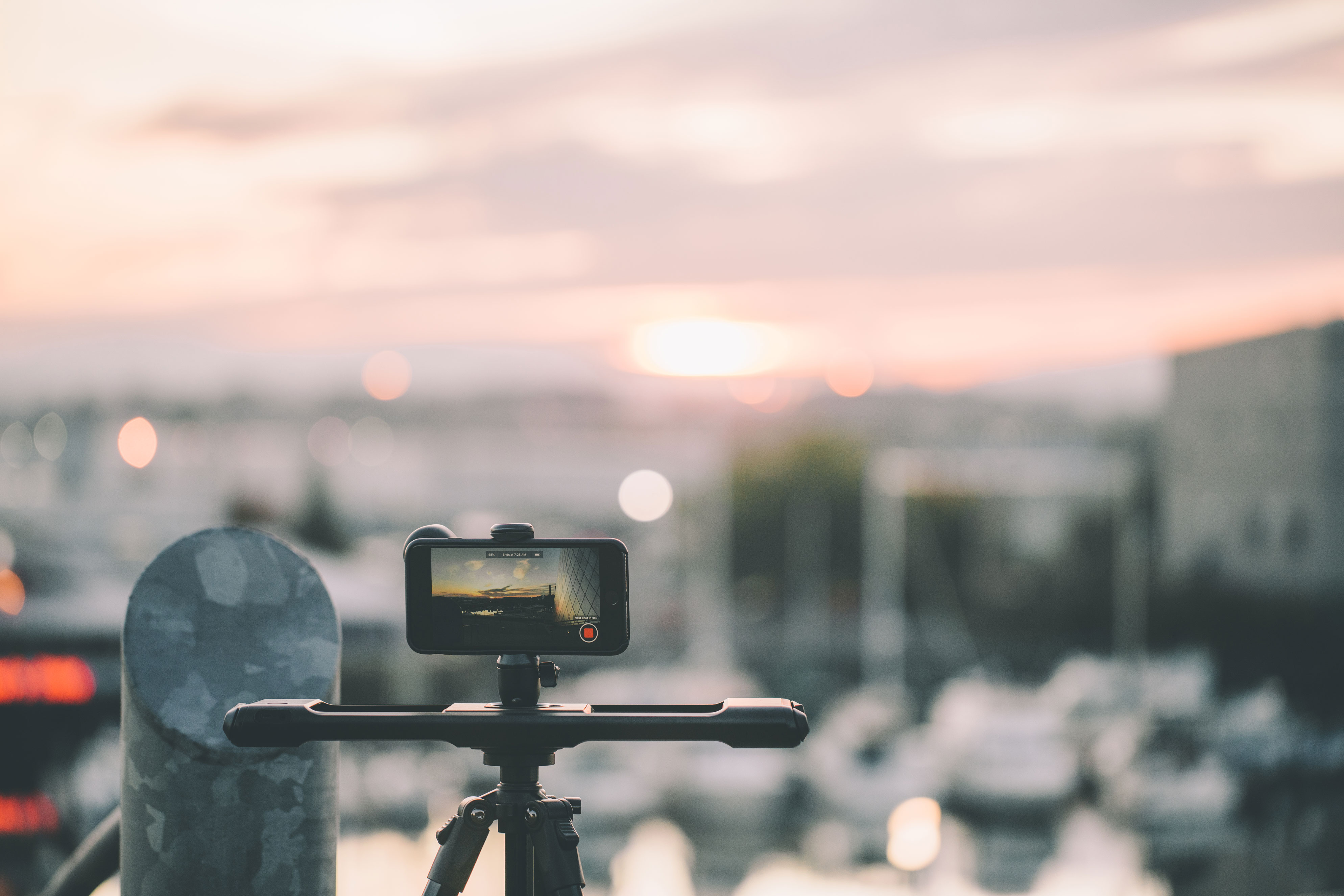 I will note that I’m not a huge fan of Kickstarter, as I’ve had a few bad experiences backing products in the past. However, as an owner of a full-sized Rhino Slider for my mirrorless cameras, I didn’t hesitate to back this campaign, because I’ve seen the quality of Rhino’s products first hand. 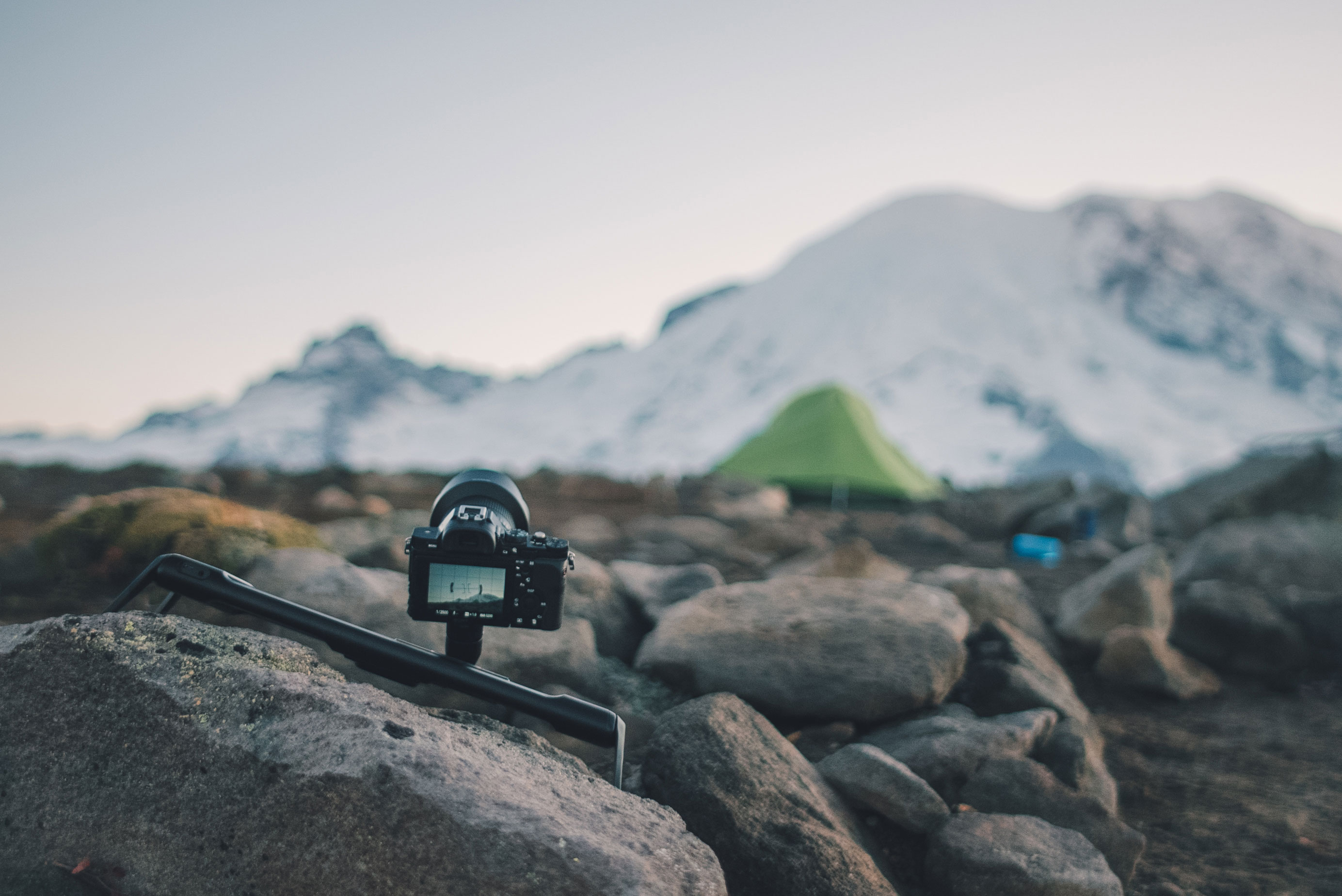 The full-sized Rhino Slider that I own is thoughtfully-designed and built like a tank. Most importantly, it also turned out to be a real product that actually shipped. This will be the seventh Kickstarter campaign for Rhino, so it has plenty of experience launching real products.

The ROV Camera Slider campaign is scheduled to run through November 21. If the modest $50,000 goal is met, then product will begin shipping to backers as early as April, 2018. As always, you can expect a full hands-on video walkthrough and review once it arrives.