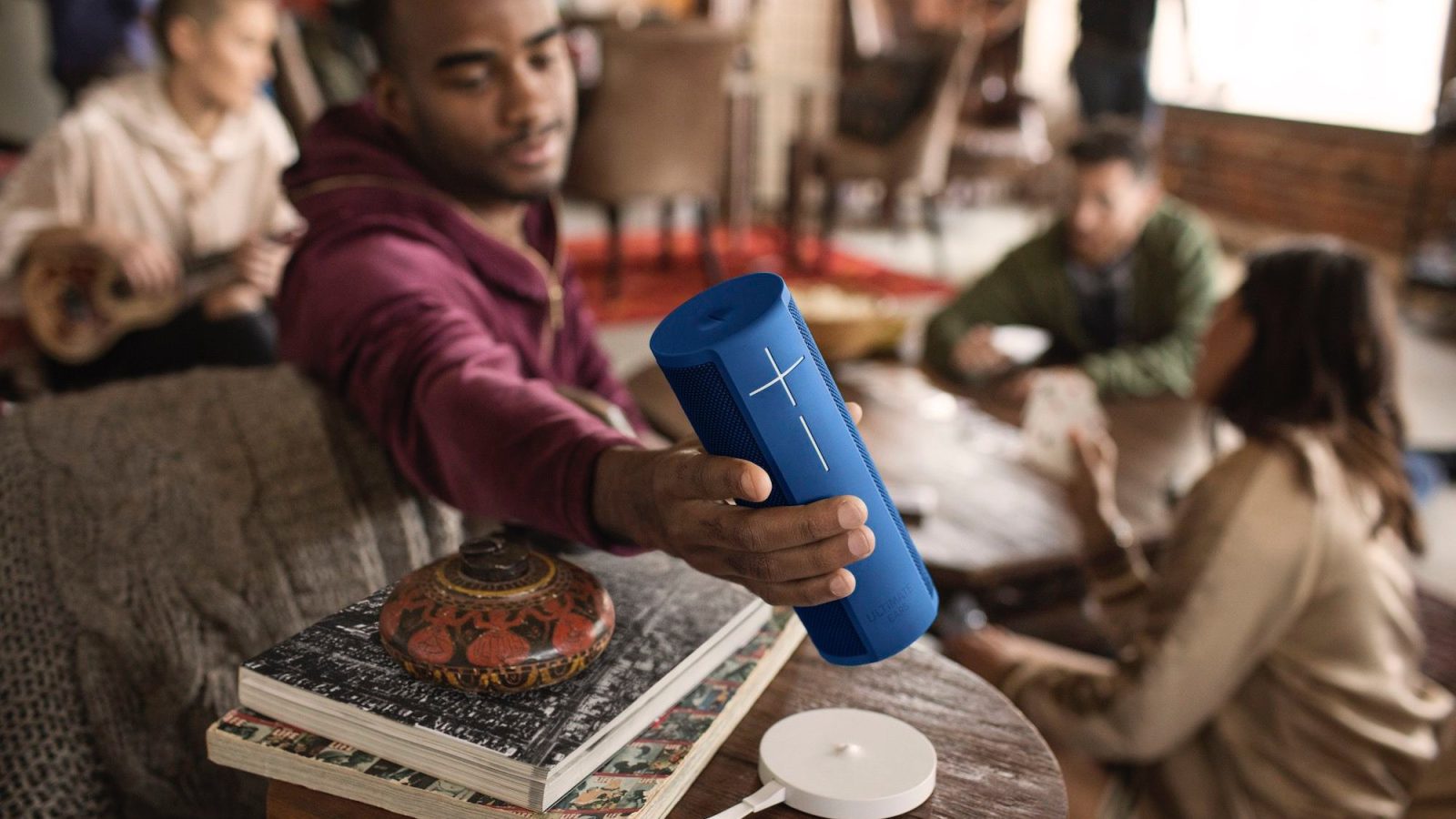 Available for pre-order today, Ultimate Ears is bringing Amazon’s Alexa to its product roster with a new speaker lineup. Introducing the Blast and Megablast, the portable speakers incorporate Alexa to bring the virtual assistant wherever your music goes. Drawing on Wi-Fi and Bluetooth wireless options, the speakers are set to work in whatever environment music players find themselves in.

Fans of Ultimate Ears’ Boom and Megaboom speakers will quickly see where the Blast and Megablast speakers draw their looks from. Continuing with the canister-style design made famous by the original Boom lineup, the Blast speakers take on a more refined edge. Internally, the Megablast sees an audio upgrade that allows it to produce 40% louder sounds than the previous Megaboom.

In incorporating Amazon Alexa into the devices, Ultimate Ears had to bring in a new six-microphone array into the Blast and Megablast. Comparatively, the Blast and Megablast now sport larger dimensions and more weight than the previous Boom and Megaboom speakers. The microphone array may also be contributing to the battery life hit as well. The Blast goes down to 12 hours from it’s Boom-predecessor’s 15 hours, and the Megablast gets 16 hours compared to the Megaboom’s 20.

Since Amazon opened up Alexa to developers with dev kits earlier this spring, the virtual assistant has started creeping into just about every speaker on the market. The difference Ultimate Ears brings today is its brand and well-known product profiles. By incorporating an assistant into a music and portability-centered product, the Blast and Megablast speakers bring Amazon Alexa wherever the music goes. Whether at the beach or at a BBQ, voice commands become the de-facto speaker control method.

This also means that all of Alexa’s skills are portable now. The Blast and Megablast speakers are able to run off of a home Wi-Fi network, or while connected to a mobile hotspot. Alexa’s limitations here mainly exist because of its need to maintain a data connection to process requests. Luckily, many mobile plans offer hotspot tethering options so Alexa may fit right in. Just be careful not to go over on your data plan.

According to Ultimate Ears, users in the US, UK, Germany, and Austria will be able to take advantage of Alexa to play their favorite music. On day one, available sources will include Amazon Music, iHeartRadio, and TuneIn. Support for Pandora and Deezer will be coming in the future. Streaming over Bluetooth for any audio source is still available, so Apple Music and Spotify fans aren’t left out. Ultimate Ears is also running a promotion alongside Amazon Music for new subscribers. If you purchase the Blast or Megablast before January 23, 2018, you’ll get a three-month subscription to Amazon Music Unlimited.

Alongside the new speakers Ultimate Ears also announced the new Power Up charging dock. The dock brings a simplified charging station design to the Blast and Megablast without having cords lying around. The charging dock idea is reminiscent of Bose’s SoundLink Revolving Charging Cradle.

Ultimate Ears Megablast on Power Up

The new Blast speaker does see a price increase to $229, from the Boom’s $199. Though the Megablast sits at $299 just like the Megaboom before it. The price point of Ultimate Ears’ new Blast and Megablast may be a turn off for some. Considering a new Amazon Alexa-compatible Sonos One is priced at $199, portability may be the differentiator over sound quality here.

The Ultimate Ears Blast, Megablast, and Power Up are available for pre-order now from www.ultimateears.com. All of Ultimate Ears’ announced products will be available in late October.