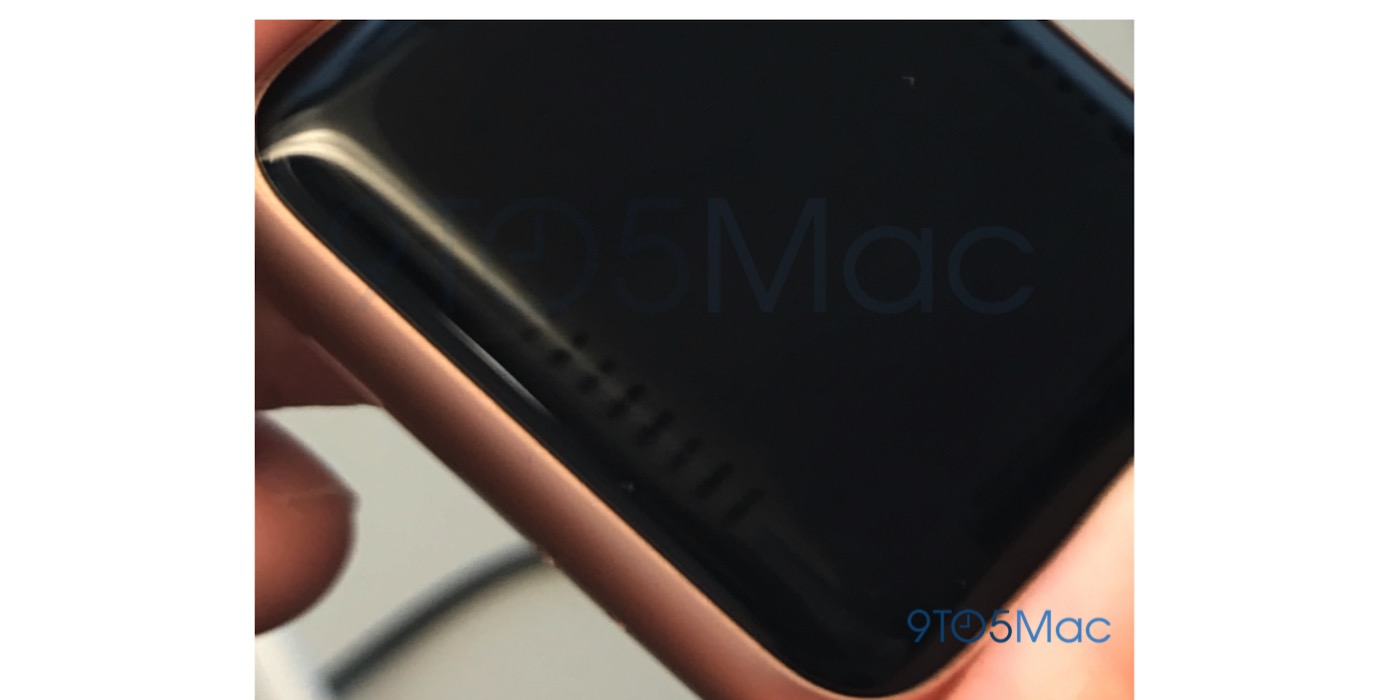 The issue is mostly noticeable when the display is turned off, as pictured in the image above from Apple’s internal materials describing the problem. Apple doesn’t list the new cellular version of the Apple Watch Series 3 as experiencing the issue, and it’s possible that model avoided the defect due to a different display configuration with the built-in antenna.

A few 9to5Mac writers with the GPS Apple Watch Series 3 aren’t experiencing the issue, and from reports online it doesn’t yet seem to be a widespread problem among early adopters of the new device.

Apple’s process of inspecting the device for the display edge stripes issue includes having the customer rub their finger along the display while it’s turned off “to allow smearing to appear” and make the edge display stripes easier to see. If that doesn’t work, retail staff will ask the customer to “breathe on the display edge to create humidity or fog” and inspect again, both steps you can perform at home to inspect your own device for the issue before bringing it to an Apple Store for repair.

Since the Series 3 Apple Watch is brand new having just launched back in September (our review), the repair or replacement will be covered under the device’s 1 year hardware warranty, but Apple doesn’t yet have a policy in place to replace out of warranty devices experiencing the issue when the time comes.

As of yet, staff we’ve talked to said Apple isn’t performing a repair for the issue and instead mailing devices in for a complete replacement. If your Series 3 Apple Watch has the visible display edge markings, you should have no problem getting a replacement set up at your local Apple Store or third-party authorized service provider.