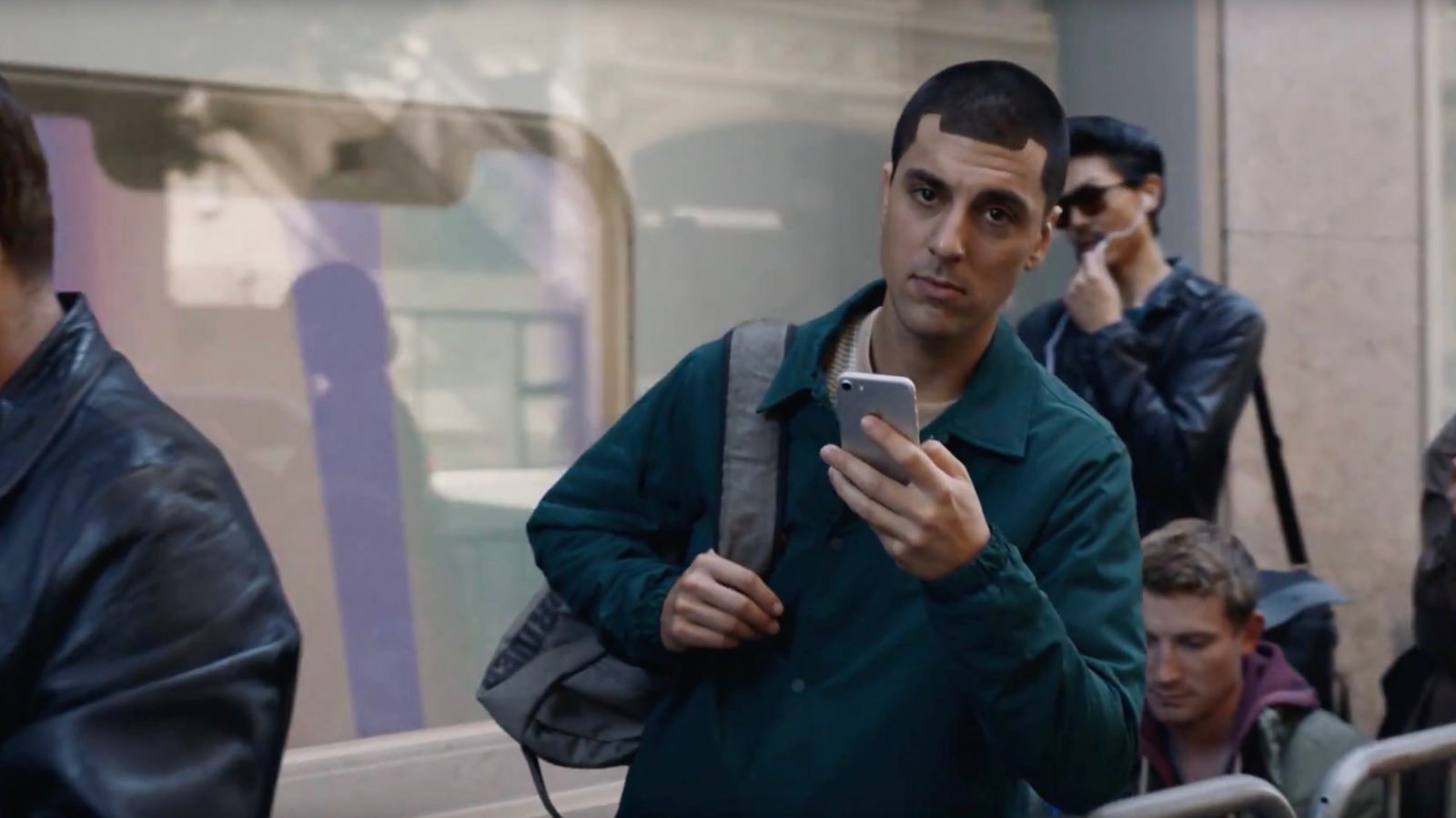 Following the official release of the iPhone X on Friday, Samsung is out today with a new ad for its Galaxy Note 8 flagship. The new ad slams the iPhone X’s notch design, the lack of a headphone jack, and much more…

The ad, called ‘Grow up with an upgrade to Galaxy,’ progresses through several past iPhone launches, mocking different features and changes along the way. The iPhone 3GS is mocked for its lack of storage space, while the iPhone 5s is mocked for not supporting a stylus. For 2015, Samsung just shows a bunch of people standing in line in the rain, presumably for the iPhone 6s.

Ultimately, the iPhone user in the video ends up switching to Samsung’s Galaxy Note 8. For one last shot at the iPhone, the now Galaxy Note 8 user walks past a line of people waiting for the iPhone X – complete with someone rocking a notch-shaped hair cut.

Samsung isn’t new to slamming the latest and greatest iPhone releases from Apple. Last month, Samsung released an ad for the Galaxy S8 that focused heavily on the OLED display – coincidentally the day before iPhone X pre-orders went live.

Ahead of the release of the iPhone 6, Samsung made sure to point out that Apple wasn’t the first smartphone company to make a large-screened device. The company also mocked the iPhone 5 for its battery life.

What do you think of Samsung’s new Galaxy Note 8 advertisement? Is it enough to convince you to switch to the device? Watch it below and let us know what you think down in the comments.