Apple to release software update to solve iPhone issue when typing the letter ‘i’, here’s a workaround fix 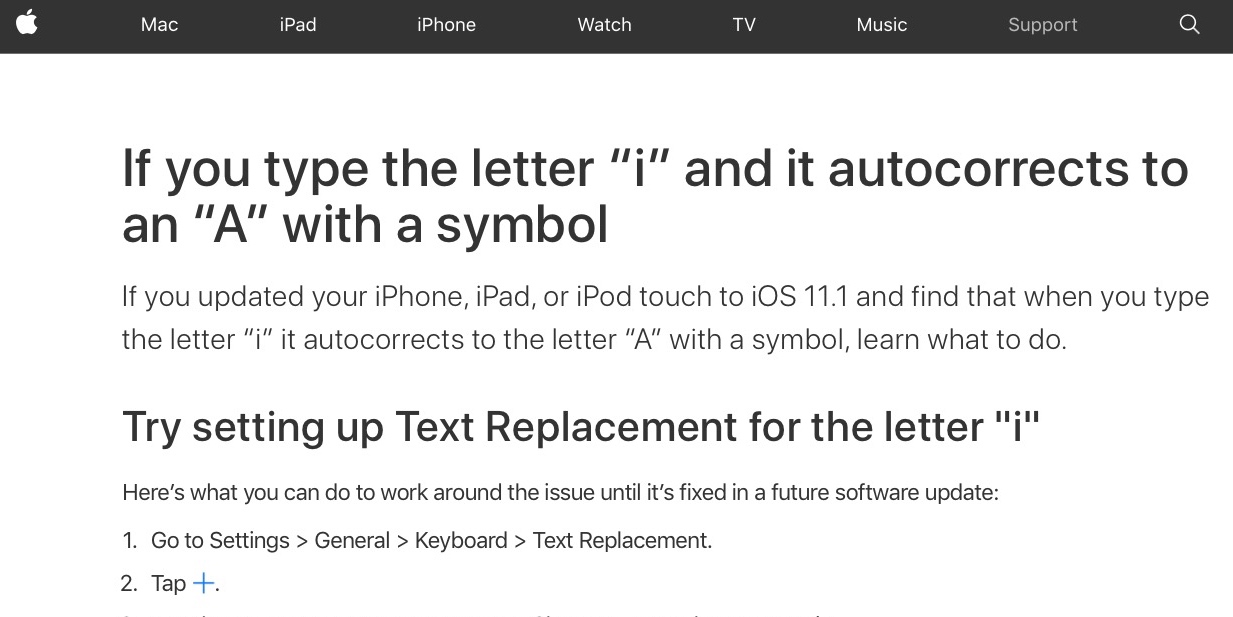 Update: Apple has now released iOS 11.1.1. If you were affected by the symbols autocorrect glitch when typing the letter A, update to iOS 11.1.1 and your problem will be resolved.

Some iPhone and iPad users are facing a weird bug after updating to iOS 11.1. When trying to type the lowercase letter ‘i’, autocorrect replaces the word with the letter ‘A’ and a question mark symbol.

The bug is some combination of text rendering issue and autocorrect input. It is not clear why it only affects some users on iOS 11.1 and not others. Apple has said in a support document that a software update (presumably iOS 11.1.1) will be required to fix the issue properly.

However, the company is recommending a workaround fix until the software update is released. The workaround involves using the autocorrect Text Replacement feature in iOS.

If you are affected by the bug that is typing capital letter A and weird symbols in your messages, try the following steps:

This workaround fix should mean that the system prioritizes the manually-added user text replacement over the weird garbled mess that iOS is errantly suggesting. Users will have to wait until Apple releases more information regarding a permanent bug fix for this problem.

The workaround fix does not seem to apply for all users afflicted. You can also try disabling the emoji keyboard, as the bug appears to be related to emojis somehow.

However, it is seemingly affecting a meaningful number of customers and therefore will be high priority for Apple to resolve. We would expect the aforementioned bug fix update to be released sometime this week.