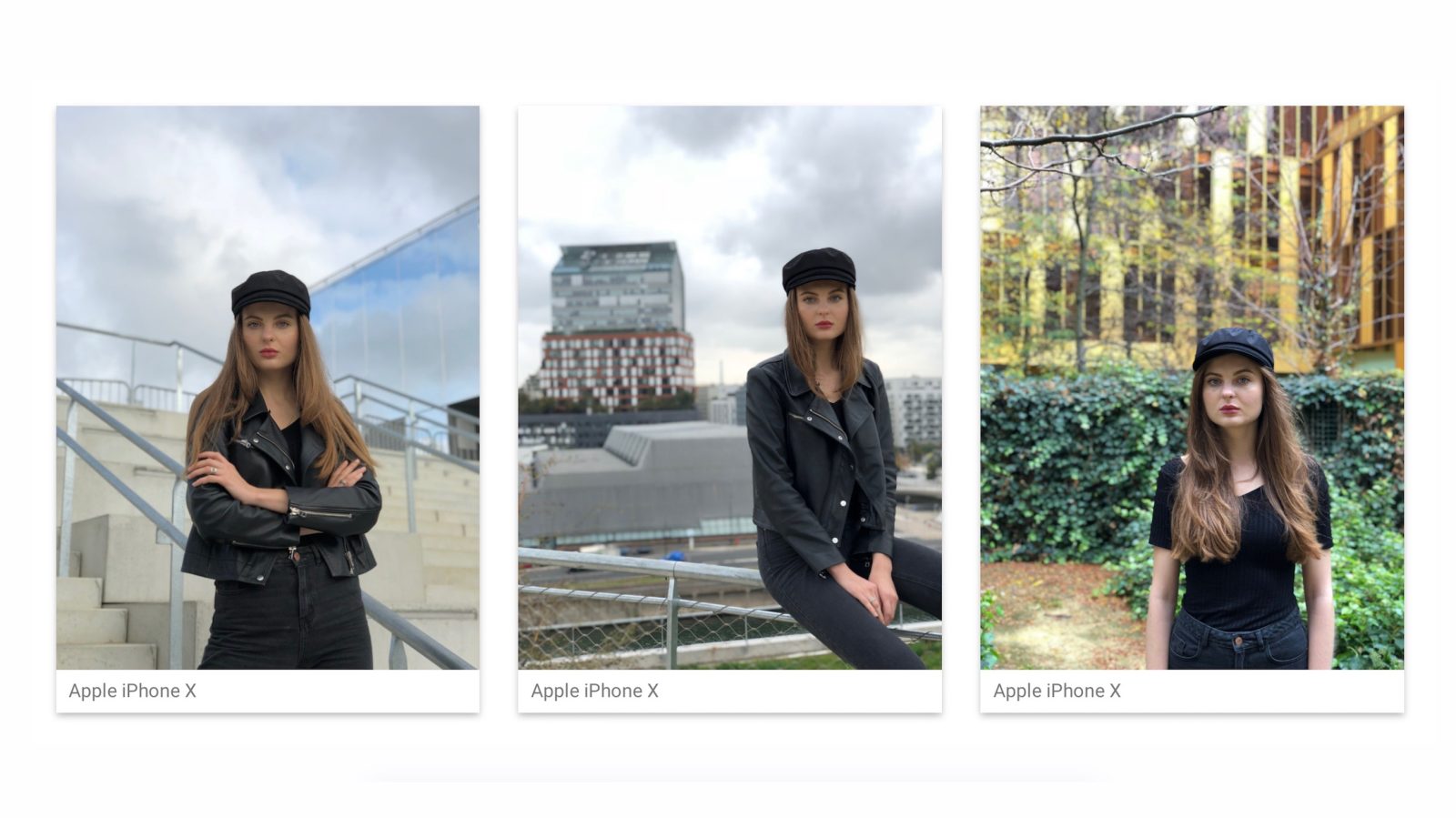 DxOMark has today released its review of the iPhone X camera setup, which sees Apple’s premium iPhone score 97, one point below the highest rated mobile camera, the Google Pixel 2.

It’s important to remember that rating camera performance is a somewhat subjective matter. While DxOMark certainly does a thorough job testing cameras in all sorts of conditions, it is a human who scores each attribute. Also, keep in mind DxOMark scores are not out of 100 possible points, but rather a weighted mix of scores from its photo and video tests. At some point we’ll see an overall score push pass 100 (the iPhone X scored a 101 in the photo subcategory). For a more DxO info, check out this great explainer by MKBHD.

The iPhone 8 and 8 Plus took the top spots on DxoMarks mobile list when they launched with scores of 92 and 94, respectively. Then Samsung’s Galaxy Note 8 tied the iPhone 8 Plus, and most recently Google’s Pixel 2 took the number one spot with a 98 (the highest score yet).

In the beginning of the review, DxOMark notes that the iPhone X scores better than the iPhone 8 Plus with the help of a few features unique to the newest iPhone.

The dual 12Mp sensors remain, including the same wide-angle f/1.8 lens with optical image stabilization (OIS) for the main camera, but for the second camera, there’s an improved telephoto lens that features a wider-aperture f/2.4 lens with OIS. The front-facing camera gets an upgrade, too, with new Face ID technologies benefitting selfie enthusiasts, including improved depth-mapping that makes Portrait mode and bokeh simulation possible.

While the iPhone X has the second best mobile camera overall per DxO, it did earn the highest overall score the for photo category with 101 points.

The iPhone X camera does really well in high-contrast environments, as well as producing “excellent” exposures outside as well as in bright light. Here are a couple of DxOMark’s shots highlighting these strengths.

Here’s a comparison between the iPhone X, Google Pixel 2, and Samsung’s Galaxy Note 8. Performance like the image below earned the X a score of 90 for ‘Exposure and Contrast.’

DxO found the iPhone X to perform considerably better than the 8 Plus with both zoom and Bokeh shots with its new telephoto lens.

Fine detail preservation is noticeably improved as well; and noise is reduced for cleaner results, although some structured noise remains visible in uniform areas. 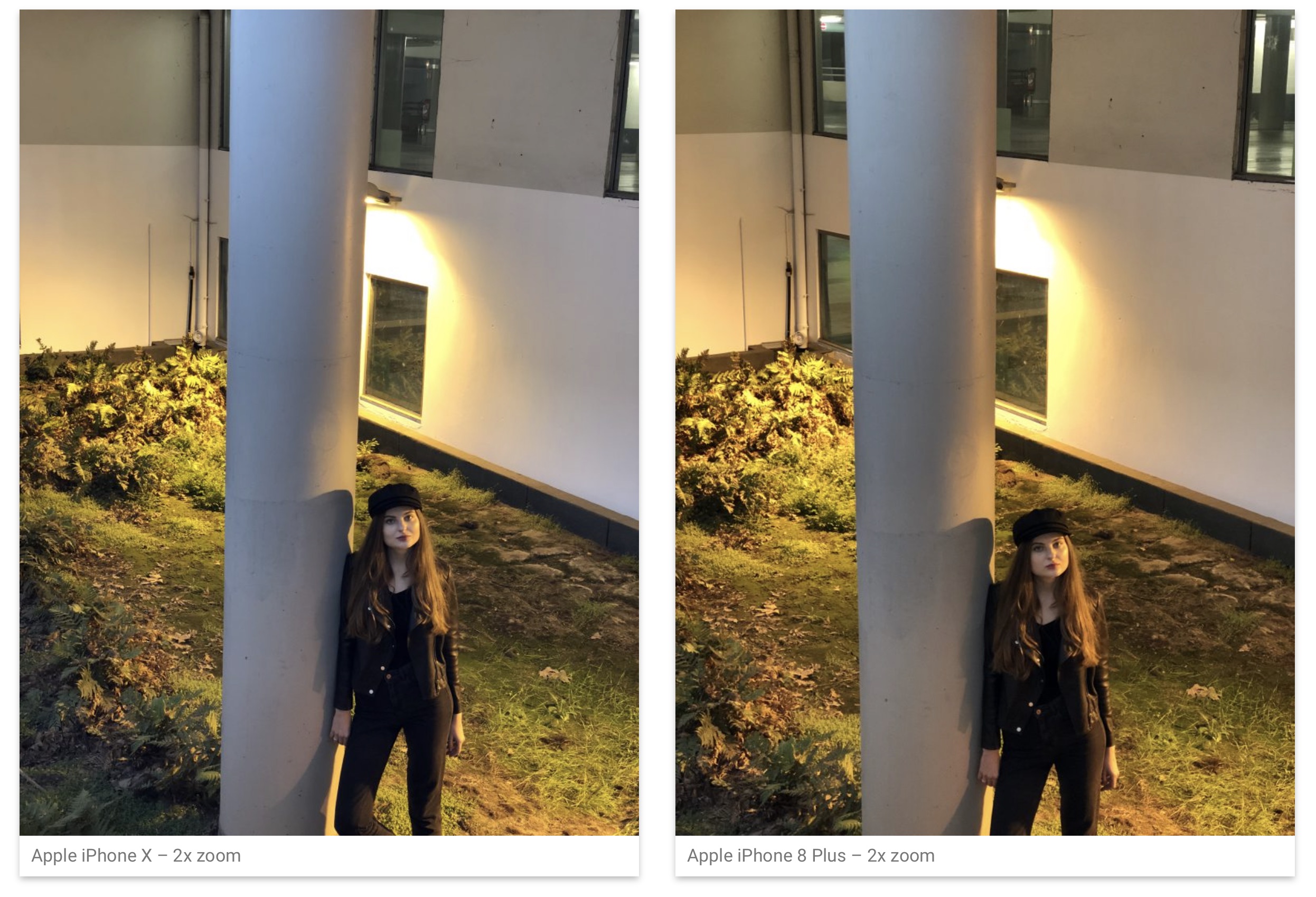 While DxO notes it is impressive that the iPhone X can shoot 4K at 60fps, it performs all testing at default settings, which is 1080p at 30fps. The overall score for the video portion was lower at 89. It received the lowest marks in that category for texture and noise.

DxO doesn’t share the video testing in its review, but shares a shorter synopsis toward the end.

Low light remains challenging with iPhone X videos, however, with noticeable underexposure, visible luminance noise, and slight irregularities in autofocus and tracking affecting sharpness — although considering the conditions, these remain just about acceptable. In good light, though, video autofocus and tracking is both fast and accurate, and the iPhone X’s video stabilization is generally excellent, aside from occasional high-frequency oscillations, which are visible when shooting video with walking movement.

Check out the full review here.