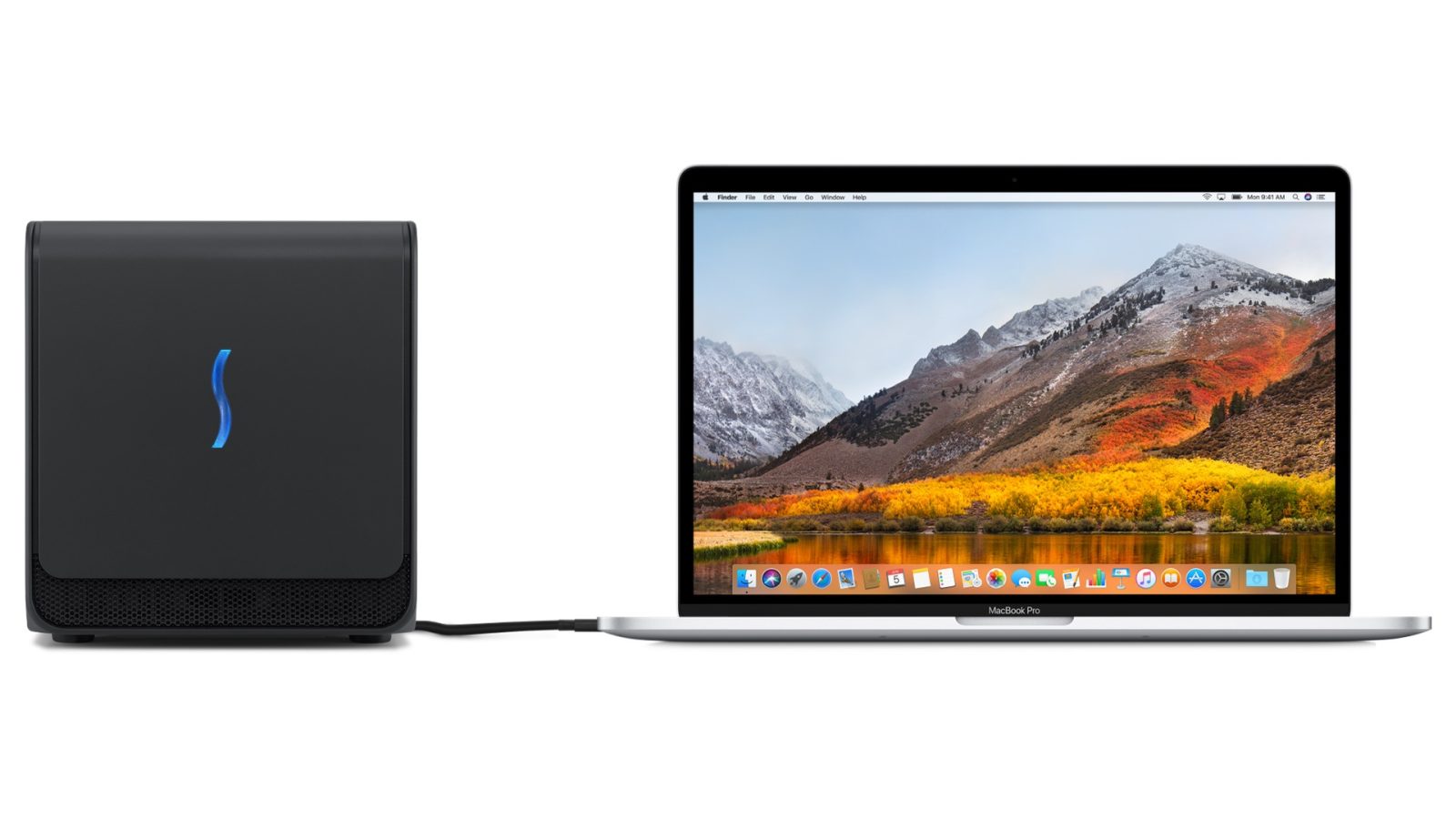 When Apple unveiled its plans to officially support external graphics over Thunderbolt 3, it provided developers with an opportunity to purchase its $599 External Graphics Development Kit. The kit included, among other things, Sonnet Technologies’ eGFX Breakaway Box Developer Edition, providing users with a 350W power supply, one 8-pin (6+2 pin) power connector, support for cards up to 225W, and 60W of power delivery capable of recharging a 13-inch MacBook Pro at full speed.

The $269 consumer version of the same box is similar to the one earmarked for developers, except it provides an 8-pin (6+2 pin) plus one 6-pin power connector, is capable of supporting cards up to 300W, but only supplies 15W of power for laptop charging.

On Tuesday, Sonnet announced the availability of its most powerful eGPU offering yet — the $349 eGFX Breakaway Box 550. This unit provides dual 8-pin (6+2pin) power connectors, support for cards up to 375W, and 87W of power delivery. In other words, the eGFX Breakaway Box 550 is the unit for you if you plan on driving graphics cards like Nvidia’s Titan Xp or AMD’s RX Vega 56, while requiring full speed charging for your 15-inch MacBook Pro.

If you already own, or are in the market for a high-end graphics card, then the eGFX Breakaway Box 550, which is equivalent to 600W recommended system power, has enough juice to power some of the most power-hungry cards on the market today. Sonnet says that the following cards from both AMD and Nvidia are compatible:

For a full chart that outlines all compatible graphics cards, be sure to visit Sonnet’s Graphics Cards Power Compatibility page for more details. 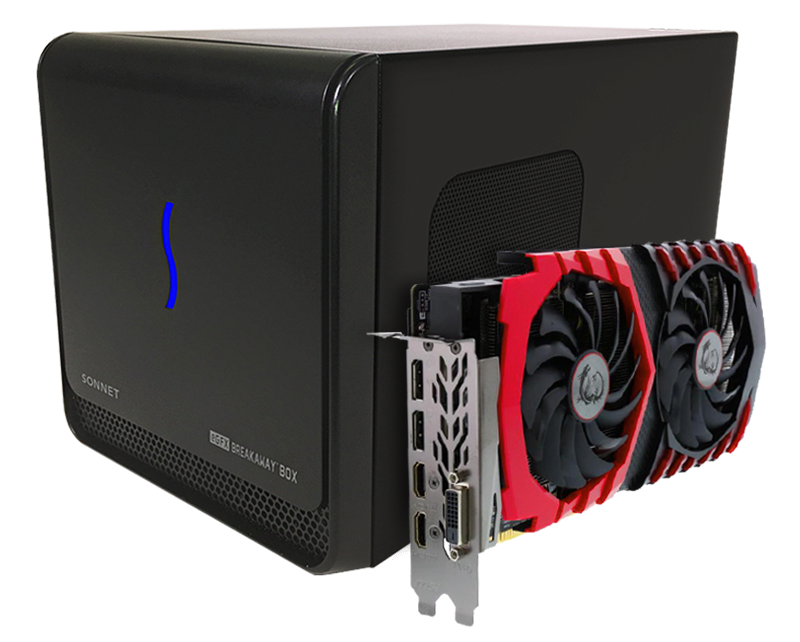 The current version of macOS High Sierra features built-in support for external graphics via Thunderbolt 3. If you connect a compatible external graphics box containing a compatible GPU, then macOS will recognize it and ask you to log out of your session and log back in to fully initialize setup. The process on the public version of macOS Sierra is a bit smoother than what you’ll see in the beta video demonstration embedded below.

As of now, Nvidia GPUs are not supported in macOS High Sierra although some users over at the excellent eGPU.io forums have been able to successfully work around this limitation. Nvidia cards in an eGPU setup have been shown to provide noticeable performance improvements on Macs running Windows via Boot Camp. It’s especially handy when using CUDA-accelerated applications like those from Adobe.

eGPU compatibility in macOS High Sierra is exciting, but it’s still very early. Users can expect better support in future updates during the spring of 2018. That’s apparently when the company plans on lending official support to VR headsets like the HTC Vive. The Vive, and other headsets like it, require a direct connection to a compatible GPU via HDMI, and this is one of the motivating factors behind Apple’s support of external graphics solutions for its desktop and laptop Macs.

Although Apple has largely thrown its weight behind Augmented Reality while remaining relatively tepid about Virtual Reality, its WWDC announcements about VR, and the upcoming VR workflows in Final Cut Pro 10.4 show that it’s well aware of the demand for such technology.

Stay tuned for upcoming hands-on coverage of the eGFX Breakaway Box 550, along with several other exciting products from the Irvine, CA-based company. Are you excited about the future potential of the Mac powered by external graphics?