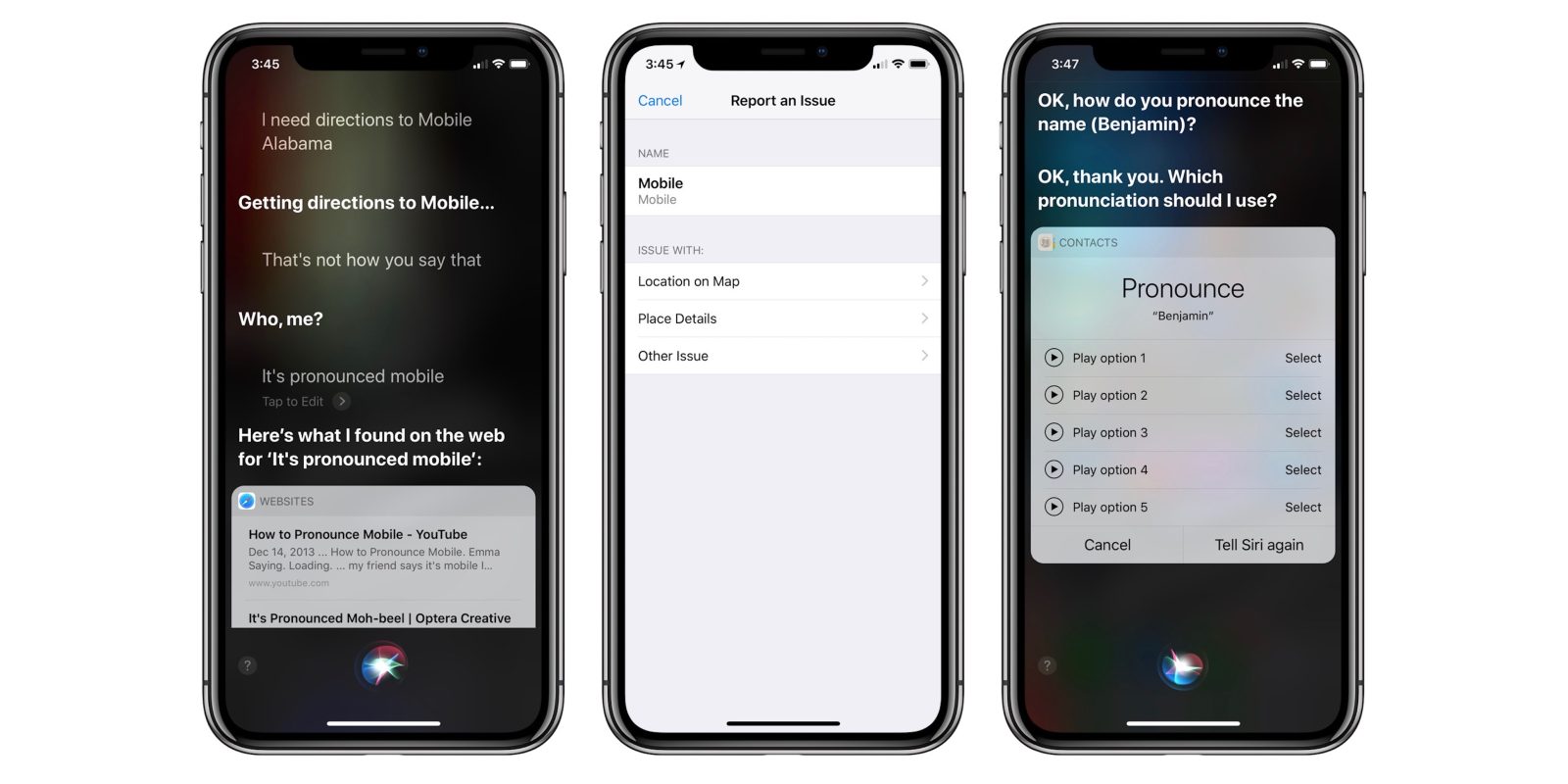 Siri is steadily getting better with new features and improvements, but one place where the voice assistant could still learn a thing or two is how it pronounces city names. Siri tries its best to pronounce the names of cities based on their spelling, but this often leads to a comically bad mispronunciation that makes Siri sound like a complete out-of-towner.

That’s not exactly a boost of confidence when you’re relying on Siri for navigation even if the directions are totally accurate. At the very least, it’s not a very Apple-y experience to hear the name of familiar cities around you pronounced incorrectly.

It’s easy to see how Siri makes mistakes in pronouncing city names. Siri pronounces Gautier, the town where I live, as gah-tee-EHR while the locals all say GO-shay. That one is pretty reasonable as I’m not sure even the locals are saying it correctly.

But take nearby Mobile which is a pretty major city in Alabama and Siri disappoints. Locals say Mobile like moh-BEEL like the latter half of automobile, but Siri says MO-bul like a mobile phone. Apple CEO Tim Cook is a South Alabama native so surely his ear catches that one.

My favorite local pronunciation error Siri makes is the nearby city of D’Iberville, named after Canadian explorer Pierre Le Moyne d’Iberville. Siri totally ignores the apostrophe and calls it DI-ber-ville which sounds a lot like diaper-ville when navigating; locals say dee-EYE-ber-ville.

Common errors like these are understandable, but not changing after years is surprising. Part of the problem is there is no obvious way to correct Siri.

You can easily add corrections to Apple Maps with the Report an Issue button in the Maps app, but I’m not sure that’s the best way to correct Siri’s pronunciation on city names. The mapping data isn’t exactly wrong, just how Siri reads it.

Filing a Radar with Apple’s Bug Reporter system may be the better method, but I propose a more natural method for correcting Siri: just tell it. You can already do this with names of people so why not cities? When Siri pronounces a contact’s name incorrectly, you can say “that’s not how you say that” and Siri will offer to correct it and save the data to the contact card.

I’d love that feature but for cities. It may be problematic to just take your word for it for cities since these affect everyone, but a way to flag the error with Siri would be great. Siri could go a step further and temporarily fix the pronunciation for just you before deciding to apply it to all users.

Until then Siri will remain a source of laughter for friends and family who travel with me while I’m using Apple Maps for navigation unless we change city pronunciations to match Siri. :)