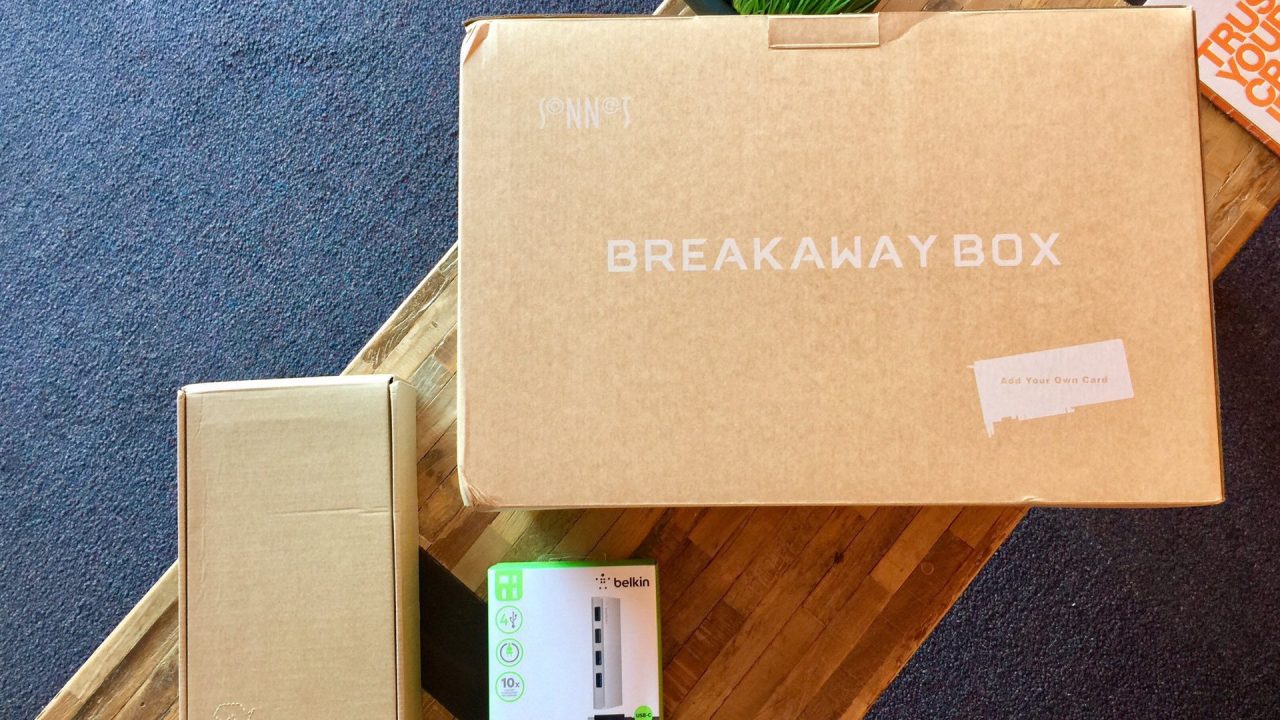 As a part of its Cyber Week Sale, Sonnet is offering the eGFX Breakaway Box – Developer Edition — the same unit included in Apple’s kit, sans Belkin USB hub, for $499. That’s a $100 price difference from what Apple was charging, and the developer edition of the eGFX units are available to all users, not just developers.

Under macOS 10.13.1, all Thunderbolt 3 Macs, which include the latest MacBook Pro and iMac models, are compatible with the eGFX Breakaway (Developer Edition). That includes the following models:

With this deal, you’re essentially able to score a solid eGPU box that works with macOS for a little over $200. Granted, eGPU support in macOS is still not fully baked; we can expect further enhancements in the spring of 2018.

Sonnet is also selling the consumer version of its eGFX Breakaway Box 350 for $224. That unit features one 8-pin (6+2 pin) plus one 6-pin power connector, but only provides 15W of power to a MacBook Pro.

In addition, the Irvine, CA-based company recently launched its eGFX Breakaway Box 550, which is compatible with a wider range of high-end GPUs that require additional power. The higher-powered unit also supports 87W of power delivery, which is enough to charge a 15-inch MacBook Pro at full speed.