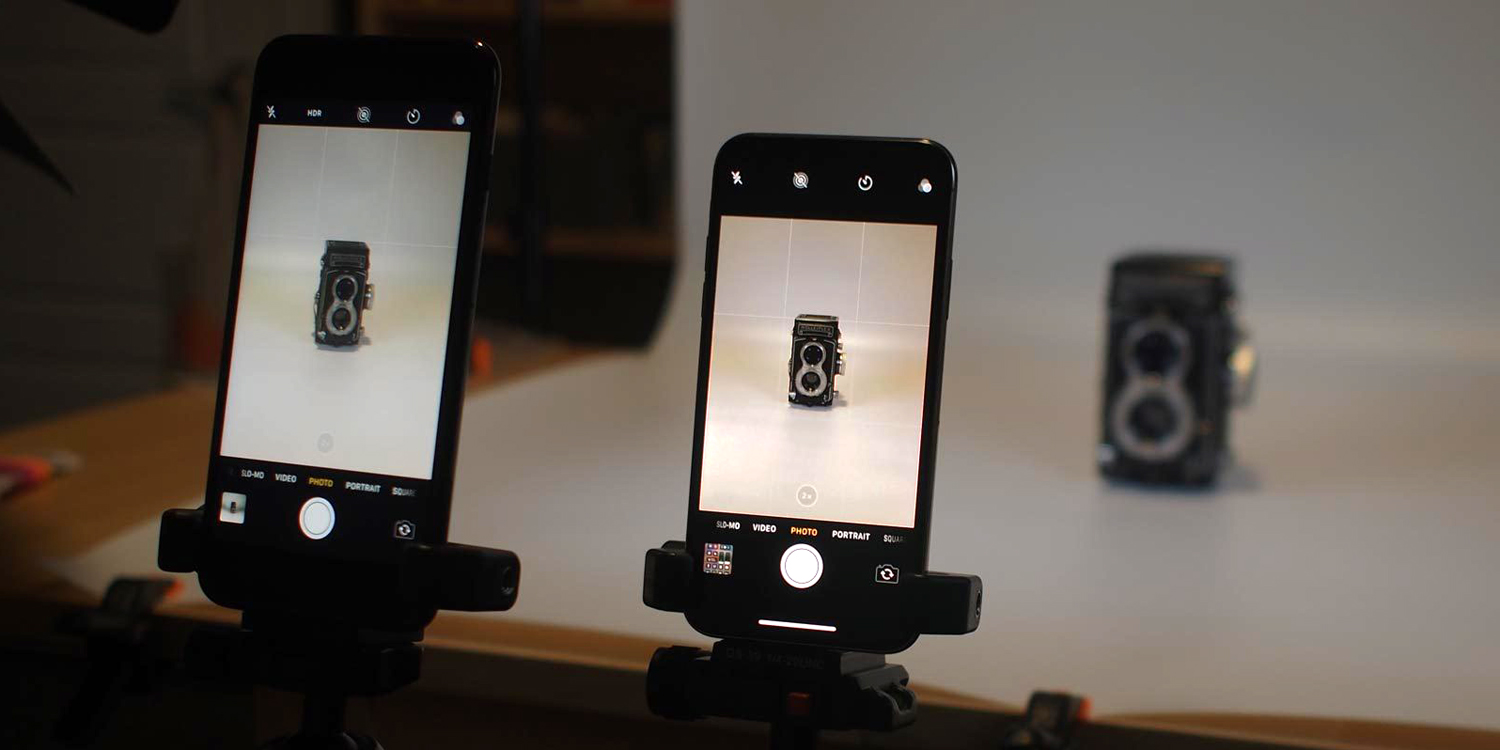 A low-light test of the telephoto lens in the iPhone X has revealed that it works in a quarter of the light needed by the iPhone 7 Plus.

Studio Neat’s Dan Provost noted that the iPhone makes up its own mind when to use the telephoto lens, even when you’ve selected it in the camera app …

When you zoom-in to 2X, the camera does not always switch to the telephoto lens. In some cases (typically in low light scenarios), you will be presented with a cropped image from the wide angle lens instead. This was sacrilege to camera nerds, but Apple would argue that if the cropped image looks better in those low light situations, then that is the correct approach.

This is because the telephoto lens has a smaller aperture, and thus needs more light. The iPhone itself determines when there’s enough light to use the longer lens.

Provost decided to find out when this switch happens, comparing it with the iPhone 7 Plus.

I placed an object (in this case, an old Rolleiflex camera) on a white backdrop, and flanked it on both sides with two LED studio lights. I set up the iPhone 7 Plus and iPhone X on tripods (using the Glif, natch) and positioned them to keep the framing as similar as possible. Then, starting from a completely dark room, I slowly raised the light levels and observed when the lens switched on each camera.

The result was that the iPhone X had enough light to use the telephoto lens at 16 lux, while the iPhone 7 Plus needed 88 lux. This is less than a quarter of the light, or two stops in photography terms.

The iPhone X requires roughly 2 fewer stops of light before switching to the telephoto lens, as compared to the iPhone 7 Plus. This is obviously great news, and speaks to how improved the second lens is after just one year. In my own use of the phone for the past couple weeks, it does indeed seem to be the case that I am very rarely presented with a 2X cropped image.

This discovery only adds to how impressed I am by the iPhone X camera. You can watch the video below.