Caption contest: What do you think Tim Cook is showing Canada PM Justin Trudeau on his iPhone X in this image? 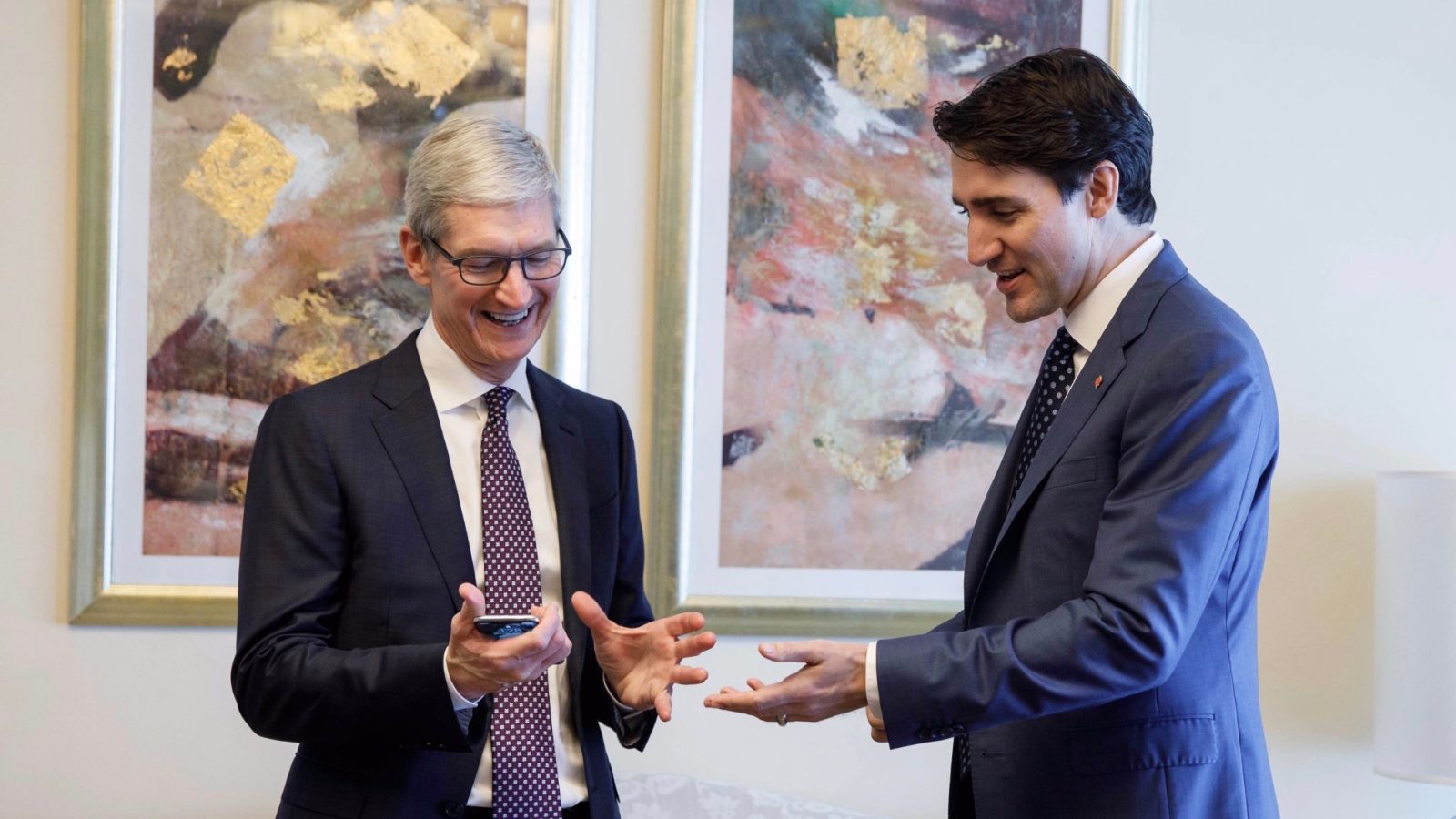 As we reported earlier this morning, Tim Cook was in attendance at the Fortune Forum in China this week, defending some of Apple’s actions in the country. Also in attendance was Canada Prime Minister Justin Trudeau, who shared the above picture of Tim Cook showing off the iPhone X.

We have to ask: What do you think Tim Cook is showing off to Trudeau in this picture?

In the tweet accompanying the image, Trudeau says he talked with Cook about how the two can work together to get more women and girls in STEM and learning to code, something Cook has talked numerous times about in the past.

“Great to meet with Apple’s Tim Cook at the Fortune Global Forum to talk about how we can get more women & girls in STEM and learning to code – thanks for the product demo, too.”

During his interview at the Fortune Forum in China, Cook addressed Apple’s role in China and said the company hopes that China loosens its grip on certain internet things, such as the VPN apps that Apple was forced to remove earlier this year.

“My hope over time is that some of the things, the couple of things that’s been pulled, come back. I have great hope on that and great optimism on that,” Cook said, adding that he always tries to find areas to work together and if he gets criticized for that, so be it.

What do you think Cook and Trudeau are talking about in the above image? Of note, they seem to be looking at the back the device…sound off down in the comments.

Thank you @JustinTrudeau on behalf of our Canadian employees and everyone at Apple. We appreciate your deep commitment to the many values we share. https://t.co/dc5kNL9zNC

Great to meet with Apple's @tim_cook at the Fortune Global Forum to talk about how we can get more women & girls in STEM and learning to code – thanks for the product demo, too… pic.twitter.com/ojnJT5jrE7