As Bitcoin continues to surge, Coinbase becomes the most downloaded iPhone app in the U.S. 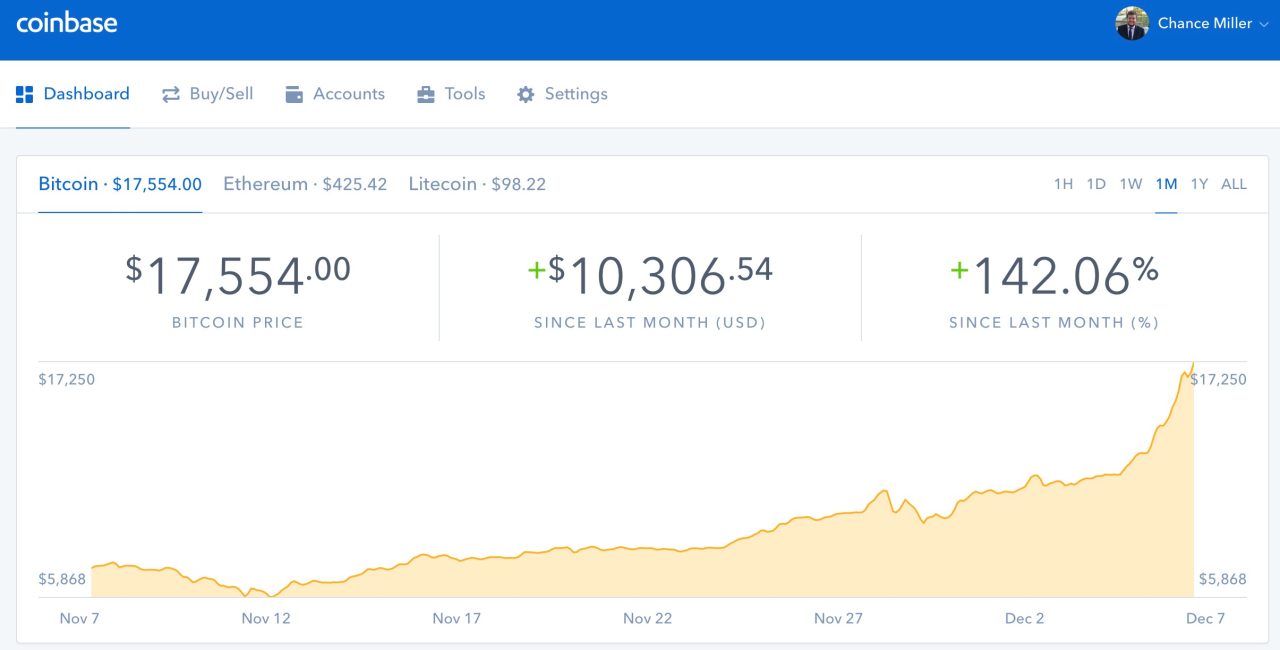 Bitcoin has been surging at an unprecedented pace over the last few days, starting the week at just under $10,000 and rocketing to over $18,000 for a brief period today. Now, in conjunction with the crytpocurrency’s rise, popular Bitcoin wallet Coinbase has become the most dowloaded app in the United States…

As first noted by Recode, Coinbase ranked around 400th on the free chart in the App Store less than a month ago, but has spiked to #1, beating out the likes of YouTube, Facebook Messenger, and Instagram.

Bitcoin’s value has increased by over 2,000 percent since last December. It started at under $800 and currently sits at around $17,550, having briefly touched $18,000 earlier today.

Coinbase’s rise to the top of the App Store comes as another Bitcoin service suffered a major breach today. As reported by Reuters, cryptocurrency mining marketplace NiceHash lost some $64 million worth of Bitcoin today due to a breach of its payment system:

A Slovenian cryptocurrency mining marketplace, NiceHash, said it lost about $64 million worth of bitcoin in a hack of its payment system, the latest incident to highlight risks that uneven oversight and security pose to booming digital currencies.

NiceHash executive Andrej P. Škraba told Reuters that his firm was the victim of “a highly professional” heist that yielded about 4,700 bitcoin, worth around $64 million. 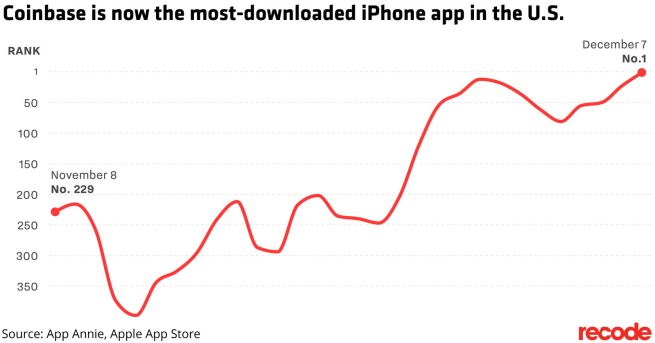 If you’re looking to try your hand at the uber-volatile cryptocurrency market, Coinbase is a good starting place and can be downloaded for free from the App Store. What are your thoughts on the Bitcoin rage? Let us know down in the comments.