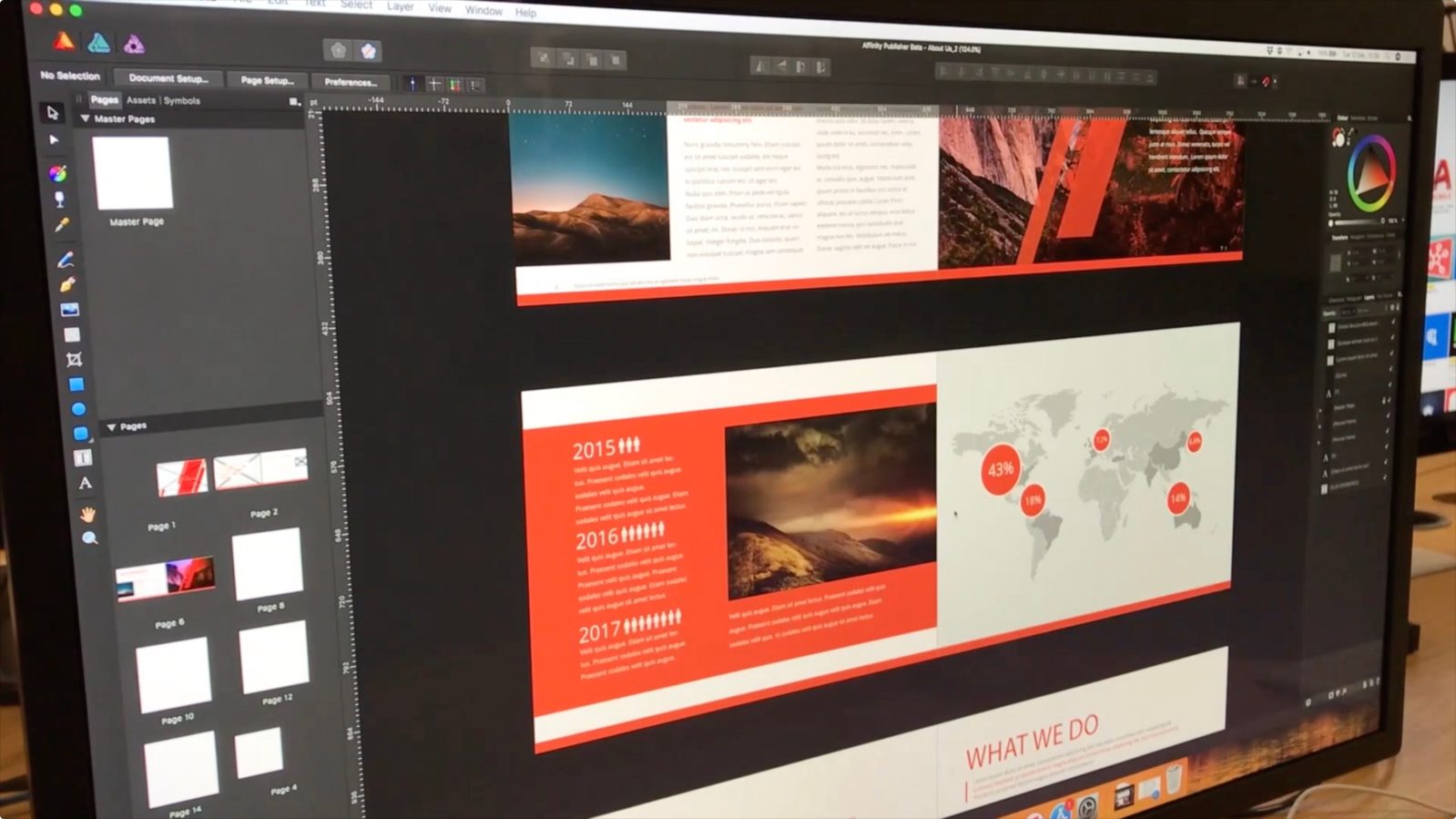 Serif, the company behind such apps as Affinity Designer and Affinity Photo, has made a significant splash over the last few years with apps aimed at creative professionals. What makes apps like Affinity Designer so appealing is that they can be purchased for a flat cost without a subscription, and can function as an outright replacement for the equivalent software under Adobe’s Creative Cloud umbrella.

Despite the success of apps like Affinity Photo — the iPad version just won Apple’s app of the year award — Serif isn’t resting on its laurels. Affinity Publisher, a desktop publishing app that aims to attract Adobe InDesign customers, has been teased on video ahead of its upcoming 2018 beta launch period.

A couple of observations from the video:

Dragging and dropping images directly from the Finder is unsurprisingly supported, with those images automatically resizing to fit content frames using scale-to-fit options.

It’s clear that you can also create new pages directly from a designated Master Page, and that edits to those masters will populate throughout the entire document in real-time.

Other notable features include text wrapping, decorations and drop caps, and flowing text between multiple frames.

One other noticeable feature is the presence of Affinity Photo and Affinity Designer buttons in the upper left hand corner of the app, hinting at some sort of integration of those apps directly within Affinity Publisher.

A beta version of Affinity Publisher appears to still be on schedule for mid-2018, and we’ll be sure to alert you once it’s available. Now about that Affinity Designer teaser for iPad that we saw a few months back…?