Opinion: A non-upgradable iMac Pro is raising eyebrows, but isn’t as crazy as it seems 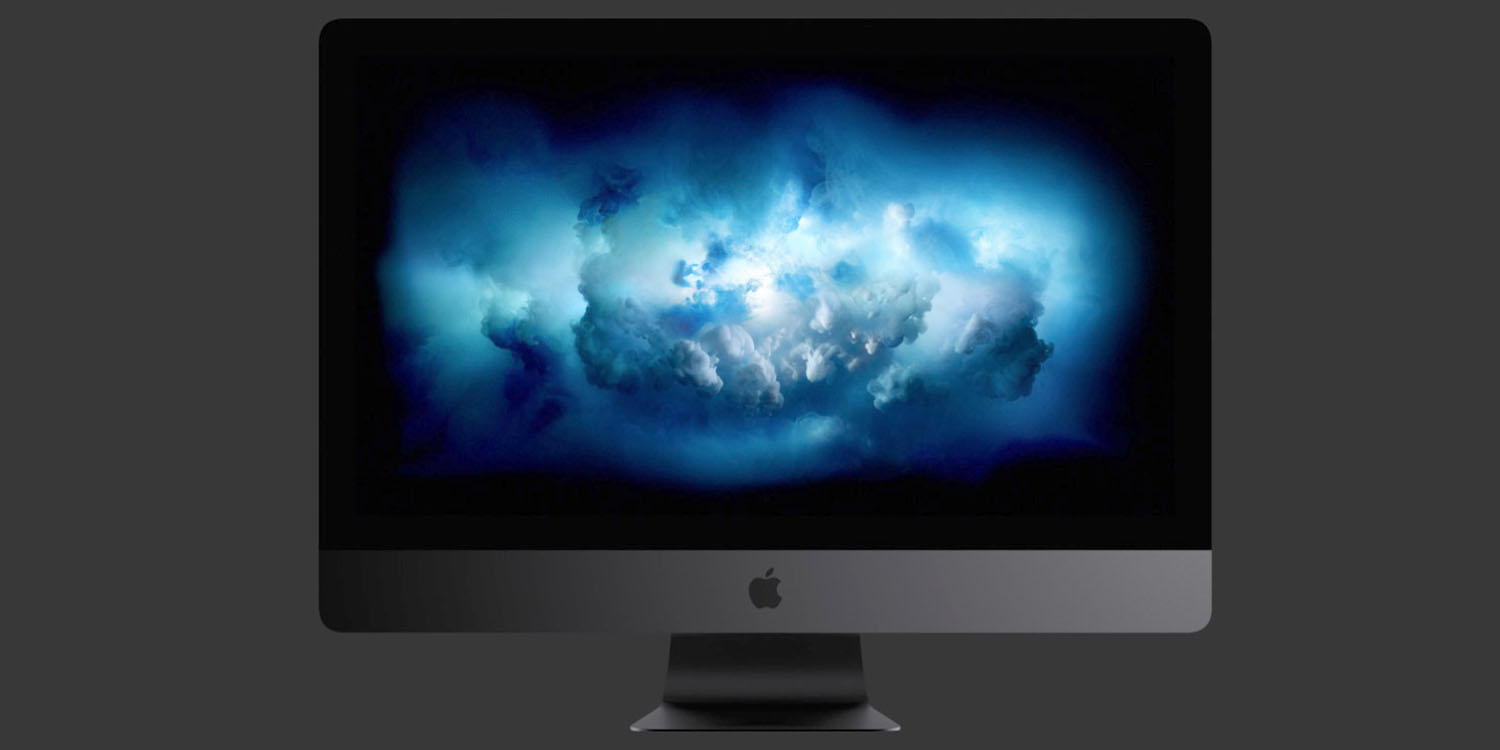 When Apple finally put its iMac Pro on sale yesterday, there was a lot of discussion about the concept of a non-upgradable pro machine.

While the iMac Pro looks lovely, it’s hard to justify £5k+ on a non-upgradable machine.

iMac Pro looks neat, but I don’t fancy the idea of spending a kajillion dollars on a non-upgradable machine.

Apple releases their first VR capable, *non-upgradable*, computer *starting* at $4999 […] Who is this machine for?

For a very long time, I considered upgradability to be a non-negotiable aspect of any computer I bought. As long time readers will know, I used to love the 17-inch MacBook Pro. The moment I bought it, I immediately upgraded both the RAM and the hard drive. Further down the road, I upgraded the hard drive again, and also swapped out the optical drive for a second one. Later still, I swapped out both hard drives for SSDs.

Those upgrades kept a 2011 machine performing beautifully right through to the day I sold it. And I’m sure it’s still performing well for the person who bought it.

So, instinctively, the idea of a non-upgradable machine aimed at professional users feels wrong. Pros want to configure their machines to their own needs, and Apple pricing on spec boosts at the point of purchase can be eye-watering. Plus, when you’re spending a great deal of money on a machine, you want to know that it will serve you well for a long time, and that generally means the ability to upgrade it over time.

By inclination, then, you can put me in the ‘what was Apple thinking offering an iMac Pro that is non-upgradable?’ camp. But I think there are a few counterpoints to this view …

First – and this is a crucial one – Apple wouldn’t be making a machine that nobody wants. A lot of people absolutely love the iMac form-factor, and that includes a lot of professional users. They love the convenience of an all-in-one machine. They love the fact that, while it isn’t exactly portable, it is pretty easy to transport from place to place for on-location work.

What many of them have asked for is a more powerful version of the iMac, and that’s exactly what Apple has given them. While Steve Jobs may have famously decried market research, stating that people don’t know what they want until you show it to them, today’s Apple does do a lot of customer research. It hasn’t invented this machine out of thin air: it’s made it because there are people who want it.

Second, most people don’t need to upgrade their machines annually. Not even most pro users.

I think that some top-end pros with incredibly demanding needs make the mistake of thinking that they represent the entire pro market. But the reality is that not every professional user is editing 8K video for a client who needs it in an hour’s time, or running a dozen virtual machines, or working on huge CAD models, or running huge-scale particle physics simulations.

Sure, there are those who need every iota of power they can get, for whom last year’s specs are no good, but many professional users – probably most – don’t need extreme specs, they just need very good ones. A common approach is to max out a machine when buying it, safe in the knowledge that it will continue to serve their needs well for years to come.

That’s what I’ve done with my MacBook Pro. I maxed out the specs, and am confident it’ll still cope with my needs for years.

Now, sure, some will say my needs aren’t particularly demanding. And they’re right: the most demanding task I perform on my machine is rather basic editing of 4K video to output as 1080p. But my point is that there are millions of professional users out there who fall into the same category as me. The machines we buy are, when new, honestly overkill for our needs. But that means that, three or four years from now, we’ll still be happily using them.

Third, let’s look at that tiny minority of pros who really do need every last ounce of power they can wring from a machine. They are doing incredibly demanding things, and they are so busy that they need everything to happen in the minimum possible time.

The thing about these people is that they’re not just creatives, they’re also business people. They make rational decisions about business assets, and that includes their Macs.

If they really are incredibly busy doing crazily demanding tasks then they are presumably earning the money that goes hand-in-glove with that. Even the highest-spec machine is just an everyday tool, which earns its keep. If it doesn’t, they buy a cheaper one.

The numbers vary, of course, depending on spec and how long you keep it, but the principle is the same. You buy a machine, it earns its keep, then you sell it when you’re ready for a new one.

Finally, if none of my arguments convince you, and you’re absolutely adamant that you need an upgradable machine and nothing else will do, well that’s fine too: Apple will happily sell you a Mac Pro. Including the properly modular one coming next year (or the year after).

So I totally get the complaints. As I say, by instinct, I’m on your side: I greatly prefer upgradable machines too. But that doesn’t mean that Apple is wrong to make this one. You may not be the market for it, but there are people out there who are – and my bet is that they’re going to be very pleased with it.