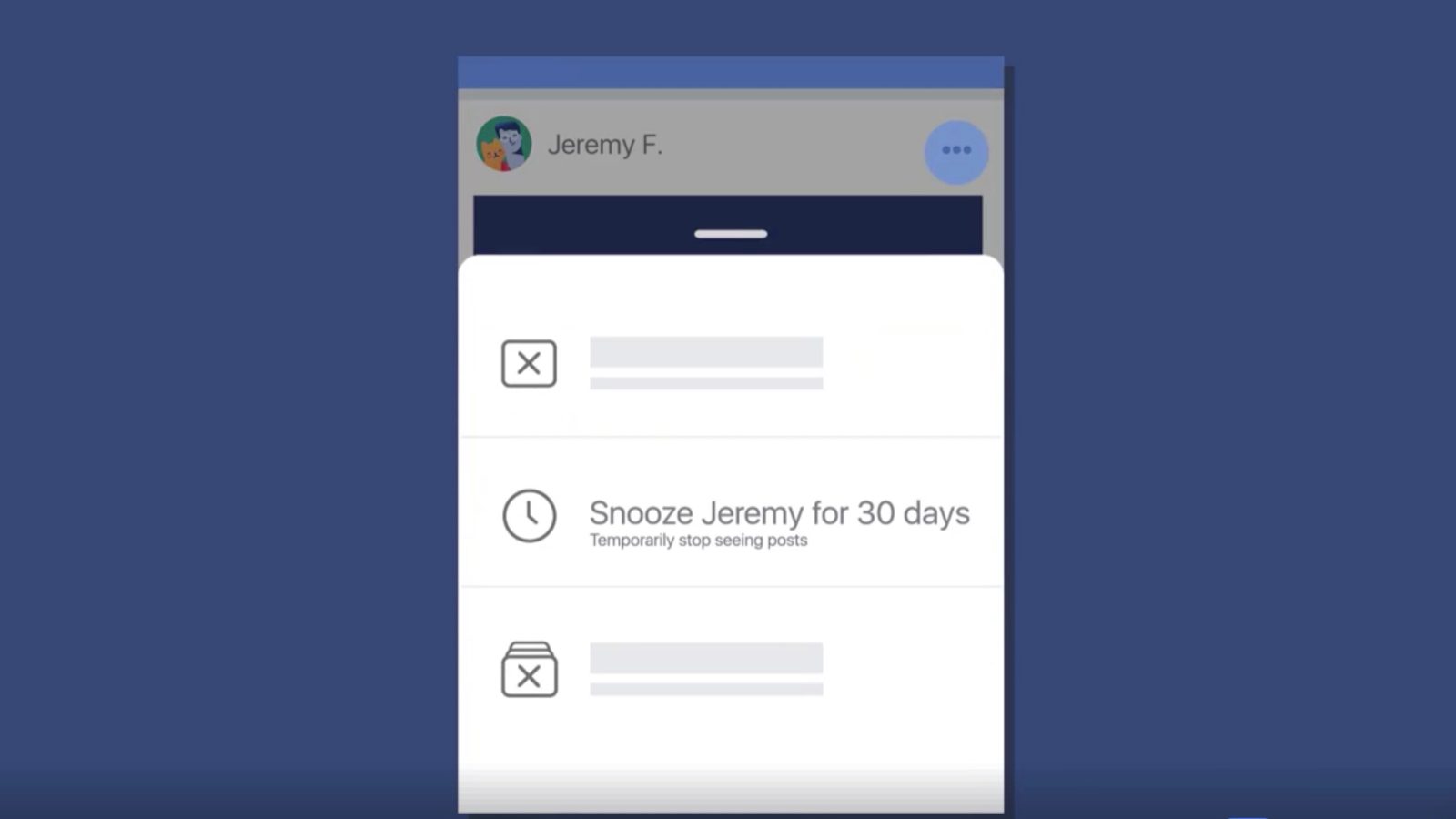 Facebook has announced a new feature for News Feed that it says will give users more control over the content they see. In a blog post, the company detailed a new capability called Snooze. Essentially, this feature lets you temporarily unfollow a person, page, or group…

Snooze will allow you to temporarily unfollow someone for 30 days, ridding your News Feed of the content you might find annoying or repetitive. The user or page you’re snoozing won’t receive any sort of notification or acknowledgement that you’ve essentially put them on mute, but you can live on without their annoying content.

With Snooze, you don’t have to unfollow or unfriend permanently, rather just stop seeing someone’s posts for a short period of time. The people, Pages, and groups you snooze will not be notified. You will be notified before the Snooze period is about to end and the setting can also be reversed at any time.

This isn’t the first time Facebook has attempted to give users a bit more control over the content they see in their feed. For instance, the “Hide” feature similarly removes content from a specific person or page, but does so indefinitely. Snooze is effective for 30 days only.

In fact, Facebook says that Snooze and other similar features are part of its broader efforts to give users more control over what they see in their feed. Facebook users have long criticized the company’s News Feed algorithms for not showing them what they want to see, so these types of features seem to be a direct response to that.

Snooze is rolling out to users over the next week, so you might not see it right away, but keep checking as the week progresses. Are there any particular instances where you’ll be using Snooze? Let us know down in the comments.