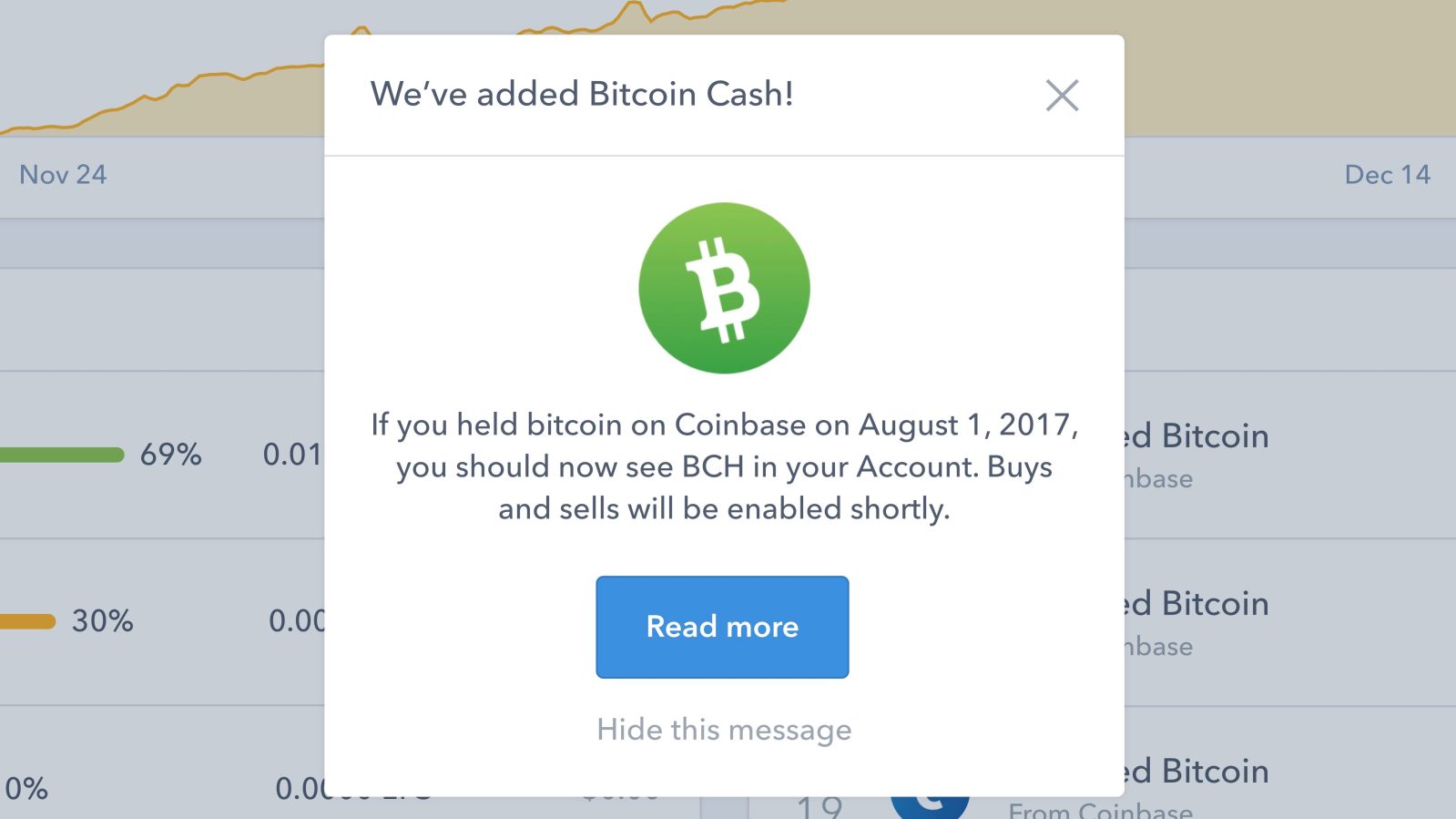 As it still sits pretty near the top of the charts on the App Store, Coinbase today has added support for trading Bitcoin Cash – a Bitcoin fork originally created back in August. Abbreviated as BCH, the cryptocurrency was not supported by Coinbase when it originally launched a few months back…

For those unfamiliar with the terminology, Coinbase describes what a fork is:

A “fork” is a change to the software of the digital currency that creates two separate versions of the blockchain with a shared history.

Forks can be temporary, lasting for a few minutes, or can be a permanent split in the network creating two separate versions of the blockchain. When this happens, two different digital currencies are also created.

With that in mind, Coinbase originally said that it wouldn’t add support for Bitcoin Cash, but it quickly had a change of heart and said customers would be able to withdraw BCH before 2018. At the time, the company didn’t promise full support for buying and selling the currency, but Coinbase announced today that it will fully support Bitcoin Cash.

Because Coinbase didn’t support Bitcoin Cash when it launched, users did not receive BCH for every BTC they owned. Users on other wallets, however, did. Today, Coinbase is crediting accounts with a Bitcoin Cash balance equal to the value of their BTC wallet at the time of the fork:

On news of Coinbase’s support for Bitcoin Cash, BTC dropped by over 10 percent, while BCH skyrocketed. Bitcoin Cash has been described as a “clone” of the original Bitcoin, but with improved back in that allows for faster processing – leading some to call it the “true Bitcoin.”

Coinbase’s servers are struggling following the announcement of support for Bitcoin Cash. To keep things running, the company has currently disabled buying and selling of BCH for some users. Expect the feature to be re-enabled at any moment, though, as traffic settles. Sends and receives are still functional.

Coinbase is a free download on the App Store. The app is currently wonky for some though, so you can also try your luck on Coinbase’s website.