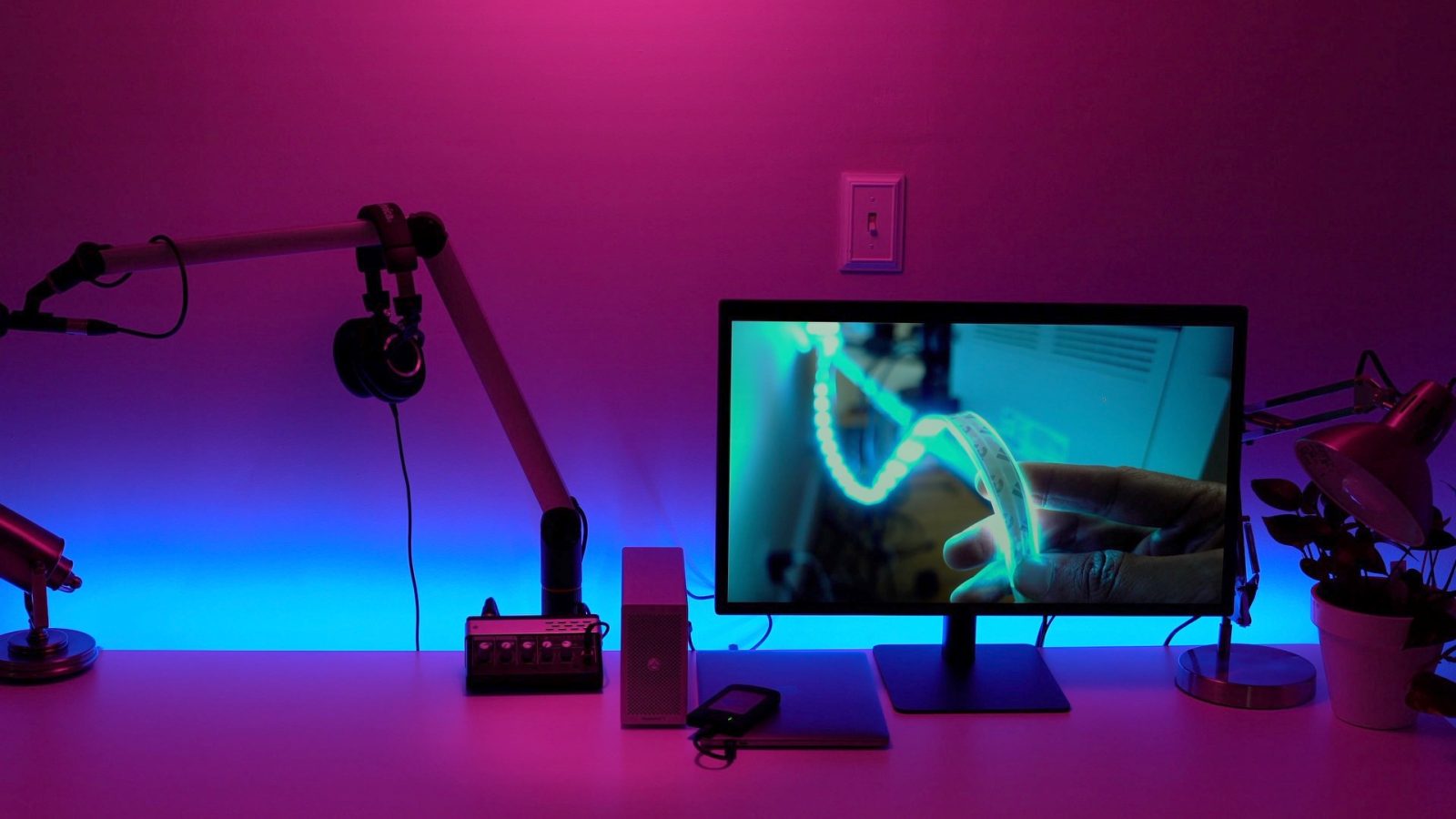 In 2017, nearly 200 videos were posted on 9to5Mac’s YouTube channel. Many of these videos consisted of hands-on looks, reviews, previews, and how-tos. As we look ahead to a big 2018, we’d like reflect on some of our favorite videos and products covered in the last year.

I’d never tried the Philips Hue Lightstrip before this video, but it’s safe to say that it immediately made me a firm believer. In nearly every video since then, the Hue Lightstrip Plus, with its ever-changing color, has been present in the background.

The Lightstrip Plus, along with other Hue-enabled HomeKit-compatible smart lights, can instantly lend some much-needed spice to a drab interior space. Sure, I’ve probably overdone it with the color schemes here and there, but it’s fun to paint the walls and other surfaces with light.

Prior to this video I had no earthly idea that so many people cared about installing Windows on Mac.  Almost a million views later, and it’s safe to say that the interest is very much alive and well.

I’ve done several eGPU videos over the past year, but this was by far my favorite build due to the customized fan and the small, compact form factor of the Akitio Thunder3.

The 2017 iPad was a great value when it first launched, and it continues to be a remarkable value several month later. In this hands-on review I didn’t gloss over the tablet’s shortcomings, but noted that, in the right hands, its advantages may easily outweigh its negatives.

iOS 11 has been out for several months now, but this was the first in-depth hands-on look at many of the exciting new features and changes that Apple introduced back at WWDC 2017.

The 10.5-inch iPad Pro is, in my opinion, the best iPad iteration ever. Its new form factor, speed, and screen enhancements make it a no-brainer for those looking to do “real work” from an iPad. Coupled with iOS 11, which introduces the biggest change ever to the iPad from a software perspective, and you have a clear winner. That said, I’m very much looking to a slimmer-bezel design that ditches the Home button and adopts Face ID.

I didn’t make a lot of Mac hardware videos in 2017, but felt compelled to share how easy it was to upgrade the 5K iMac’s RAM for cheap. Apple charges an inordinate price for its RAM upgrades, so you stand to save some serious coin by performing the upgrade yourself. It’s just sad that the new iMac Pro doesn’t feature user-upgradable RAM.

It’s not everyday that a game-changing professional app lands on the iPad, but that’s just what happened with LumaFusion. A video editing app that includes many power-user features normally associated with desktop NLEs, LumaFusion continues to evolve into a competent mobile video editing solution, and is an outright steal at only $17.99.

When macOS High Sierra launched for developers, we were super excited to learn that Apple would officially be supporting external GPUs for the first time. Although said support is still in its early stages, the latest macOS High Sierra betas have shown considerable promise. The good news is that 2018 will bring forth even more eGPU milestones.

After using the iPhone X for a month, I’m happy with all of its new gesture based controls, OLED screen, and overall design. It’s easy to say that the latest iPhone is the best iPhone, but in this case I really mean it; it’s clearly the best one yet. In fact, it might be my favorite new product of 2017.

2017 was a huge year for our YouTube channel, and it will only get better in 2018. We have lots of new goodies planned for subscribers, including recurring shows and increased interaction with viewers. If you’ve yet to subscribe, you can use this link to do so now.

Do you have any suggestions, requests, critiques or commendation that you’d like to share? Feel free to do so in the comments below. We look forward to serving all of your Apple-related video needs in the coming year. See you in 2018!