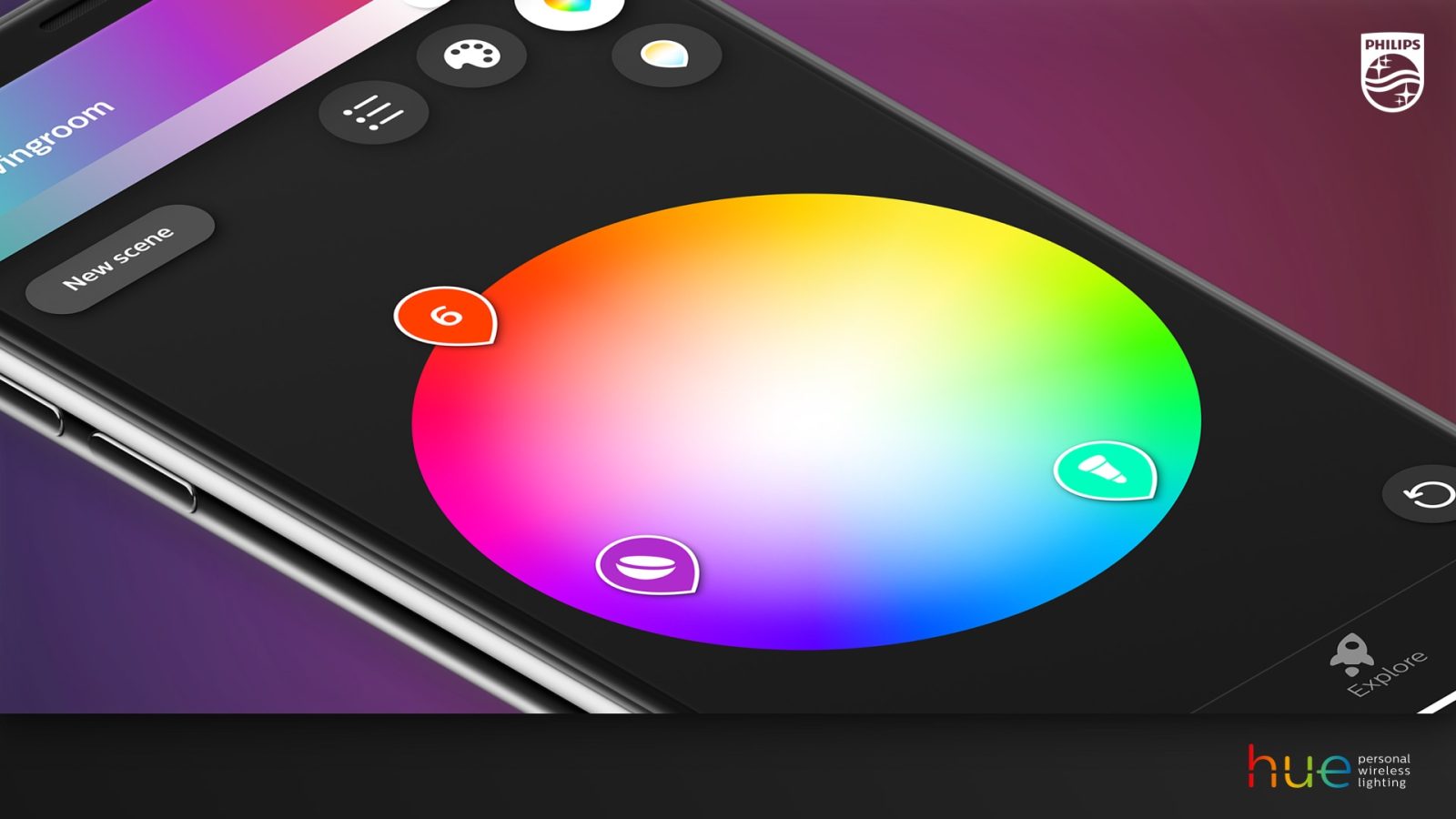 Philips Lighting, makers of the popular HomeKit-compatible Hue lights, is announcing several major new initiatives at this year’s CES in Las Vegas. Not only is the company launching an updated version of it’s Hue app for iOS in coming months, an all-new Mac app will be debuting soon in coordination with an over-the-air software update for existing Hue products.

Finally, Philips has promised a line of new Hue products coming this summer…

Hue 3.0 for iOS and Android, launching in early Q2 of this year, is a redesigned version of the app that Hue customers use to control lighting products throughout their home. The new app has a stunning, rich interface with more intuitive controls.

Returning in Hue 3.0 is a custom color picker, previously removed from the app in an update. Philips says that customer feedback heavily influenced the new app’s design and features. In addition to improved color selection, users will be able to instantly access previously used scenes and group lights.

Philips Hue Entertainment is the umbrella term given to a new set of capabilities made possible for Hue lights thanks to an over-the-air software update that was pushed to customers in December of last year. Philips is partnering with other companies and software developers to synchronize Hue lights with games, movies, and music.

Users with color-capable lights and a Hue V2 bridge will be able to take advantage of a new app for macOS High Sierra and Windows 10 coming in Q2 of this year called Philips Hue Sync. Running in the background, Hue Sync will analyze anything displayed on your monitor in real-time and create light scripts to compliment your content. Philips has built algorithms that analyze the tempo and rhythm of your music to determine the track’s style, and adjust lighting accordingly. The intensity of these lighting effects can be adjusted by the user. 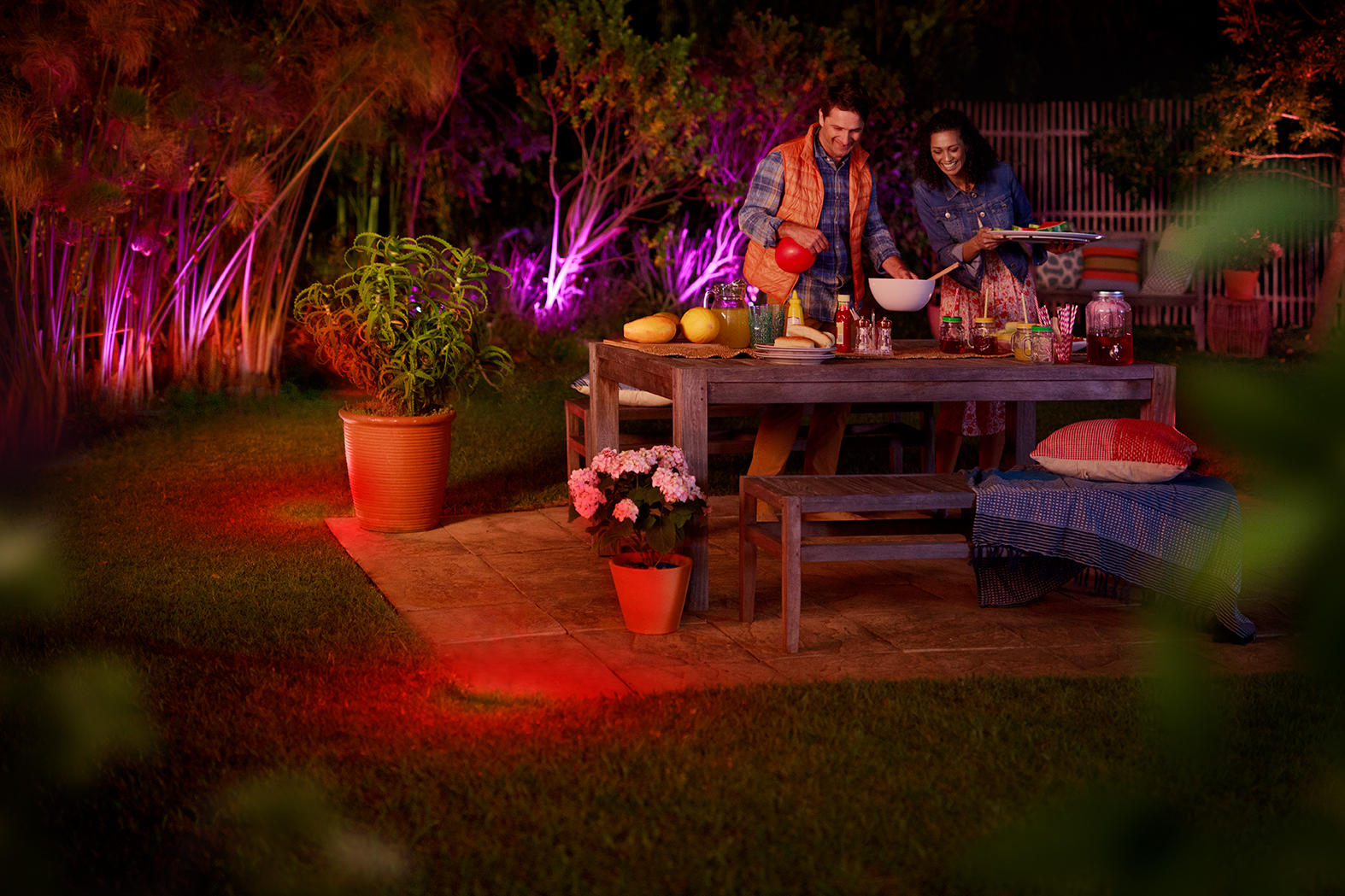 Finally, Philips has teased a line of outdoor Hue products that will arrive this summer. According to Philips:

“This new line of products will let consumers get more out of their exterior lighting by allowing them to personalize their ambiance for any moment outside, whether simply relaxing with family or entertaining friends. It will also increase their peace of mind when arriving home or while away.”

Look for more information on these new outdoor products later this year.