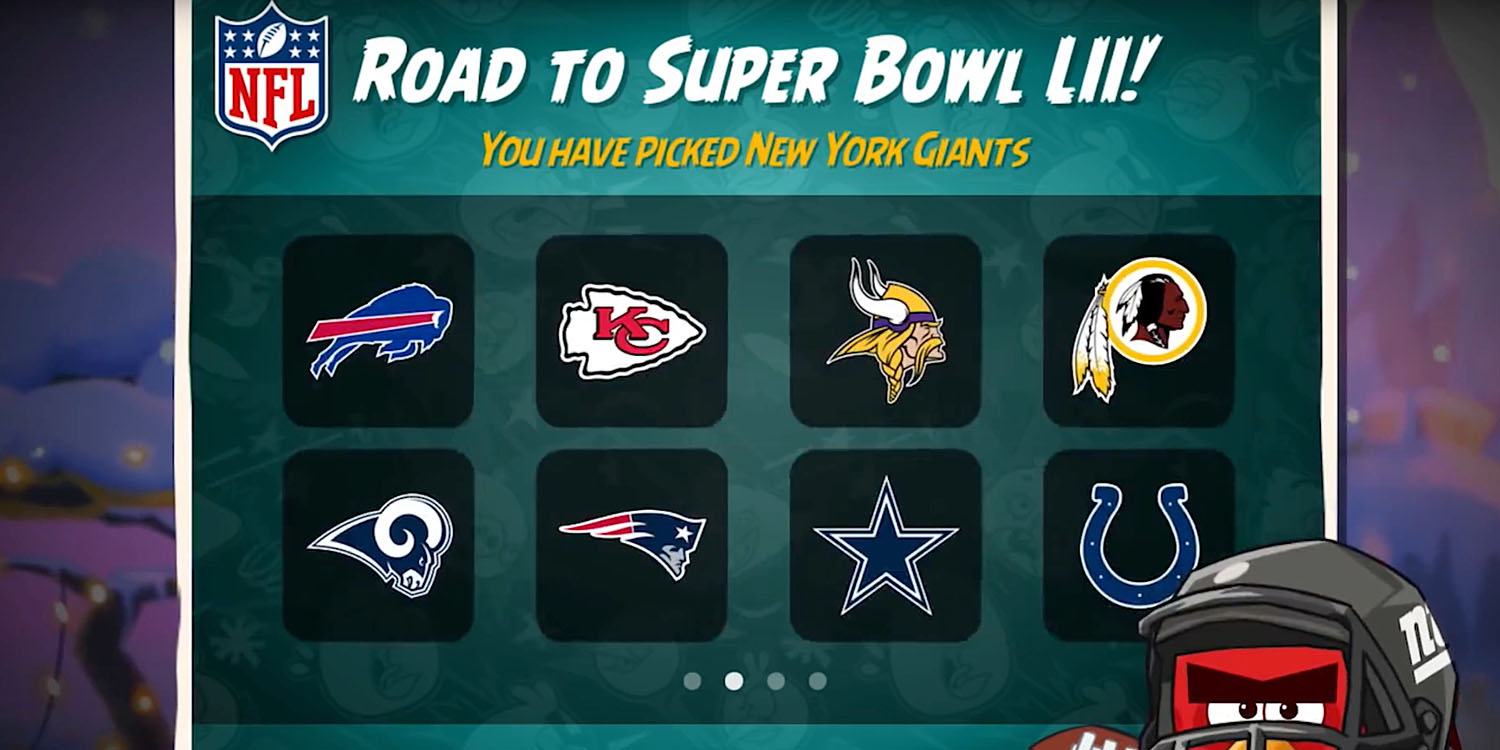 Bird Island has been tuned into the NFL season thanks to some tinkering from Dr. Strangebird. Now the whole island is hyped up for Super Bowl LII! Join the celebration to collect a brand new bird – The Quarterback, and hit the gridiron for a game of Pigball in the NFLed-out Mighty Metrodome …

In Angry Birds 2, you can choose your favorite NFL team, and collect a new set of hats and helmets in your team’s colors, while Angry Birds Evolution has a complete Super Bowl LIII event.

Other new features include a ‘romance robot’ and changes to Major Pecker’s Daily Challenge. These include access to the Daily Challenge for all players who unlock the Red Region, 10 waves instead of 7, and new & better rewards.

Rovio has also listed quite a few bug fixes:

Both Angry Birds 2 and Angry Birds Evolution are free downloads from the App Store, with in-app purchases.