Back to the Mac 002: The apps that power my macOS workflow [Video] 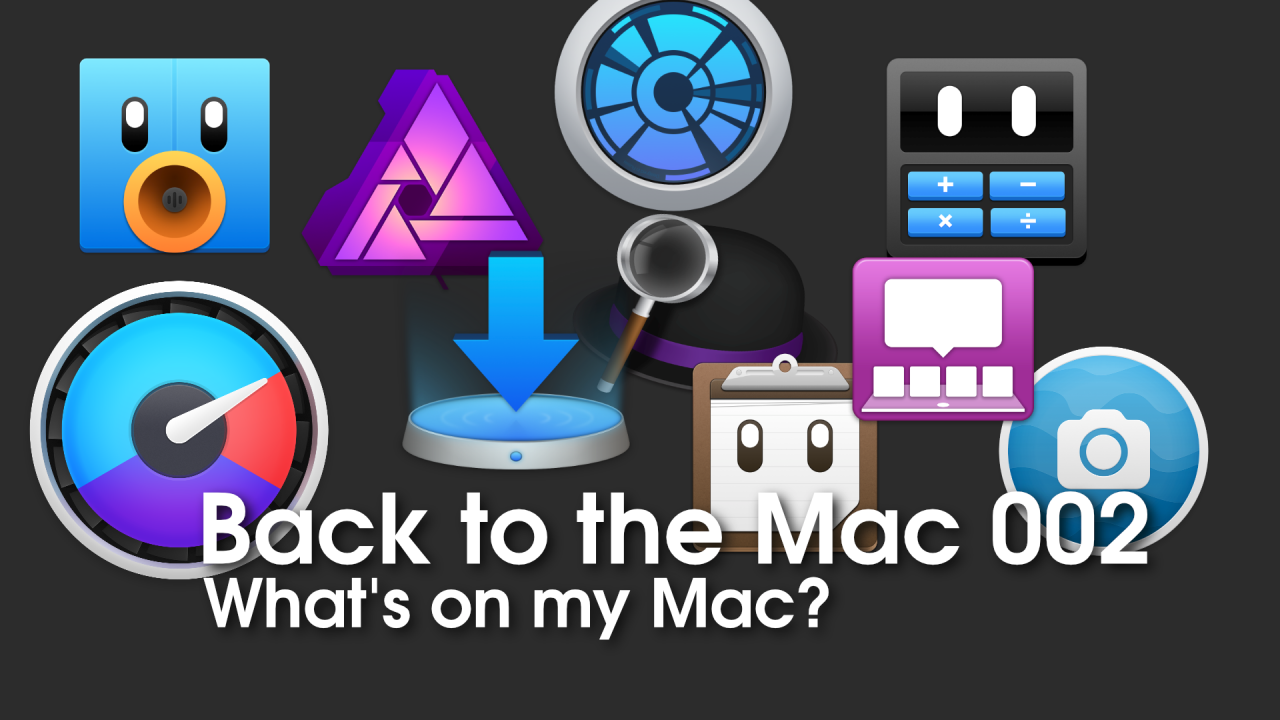 In this week’s episode of Back to the Mac, I talk about ten of my favorite apps for macOS. It doesn’t matter if you’re using an iMac Pro or a MacBook Air, all of these apps may prove to be useful in your day-to-day workflow.

In my workflow, Alfred wears many hats; it’s a TextExpander snippet replacement, it’s a Spotlight replacement, it’s my search engine interface thanks to its custom search query abilities, and it handles generating specific links that I use for affiliates. All of that, plus the ability to sync its settings via iCloud Drive, Dropbox, etc., make it a killer tool for Mac users.

Serif makes some of the best software that you’ll find for macOS or iOS. Its Affinity Photo app for Mac and iPad has been lauded for its depth, design, and ease of use. Serif’s apps also lack the annoying subscription fees associated with apps like Photoshop, which is arguably Affinity Photo’s closest competitor. 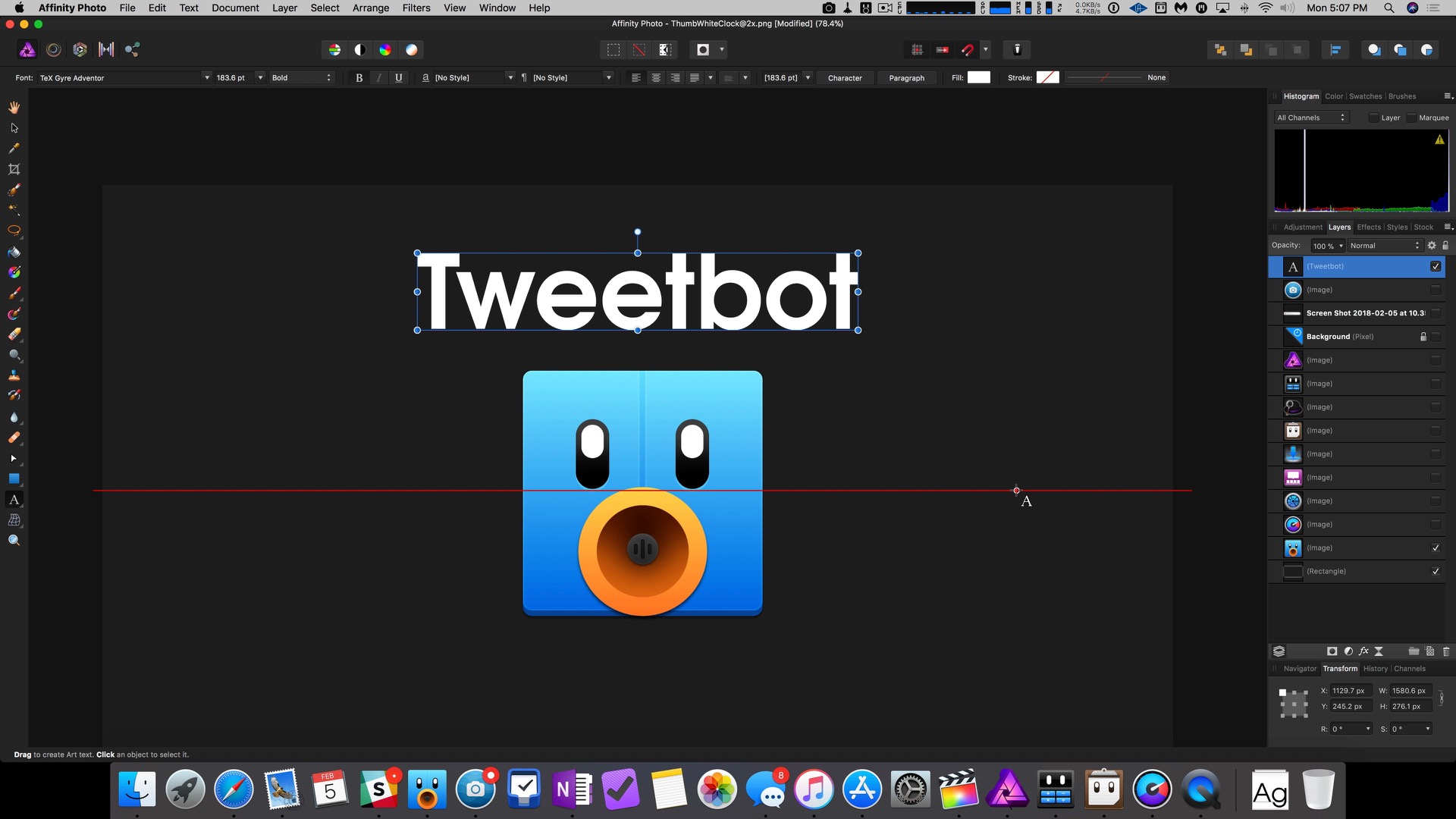 Many have been able to use Affinity Photo as an outright replacement for Photoshop, and the same thing can be said about Affinity Designer, which can replace Adobe Illustrator.

Since Facebook has yet to create a desktop version of its Instagram app, Flume has been my go-to method for managing Instagram accounts on Mac. As someone who works primarily from the Mac, it’s annoying that I have to use my iPhone just to manage Instagram posts, respond to comments, and upload new content.

Flume makes managing Instagram from the Mac both easy and enjoyable thanks to its intuitive interface that’s tuned for a mouse and keyboard. For example, you can quickly switch between multiple Instagram accounts, upload photos, and post comments using simple keyboard shortcuts. 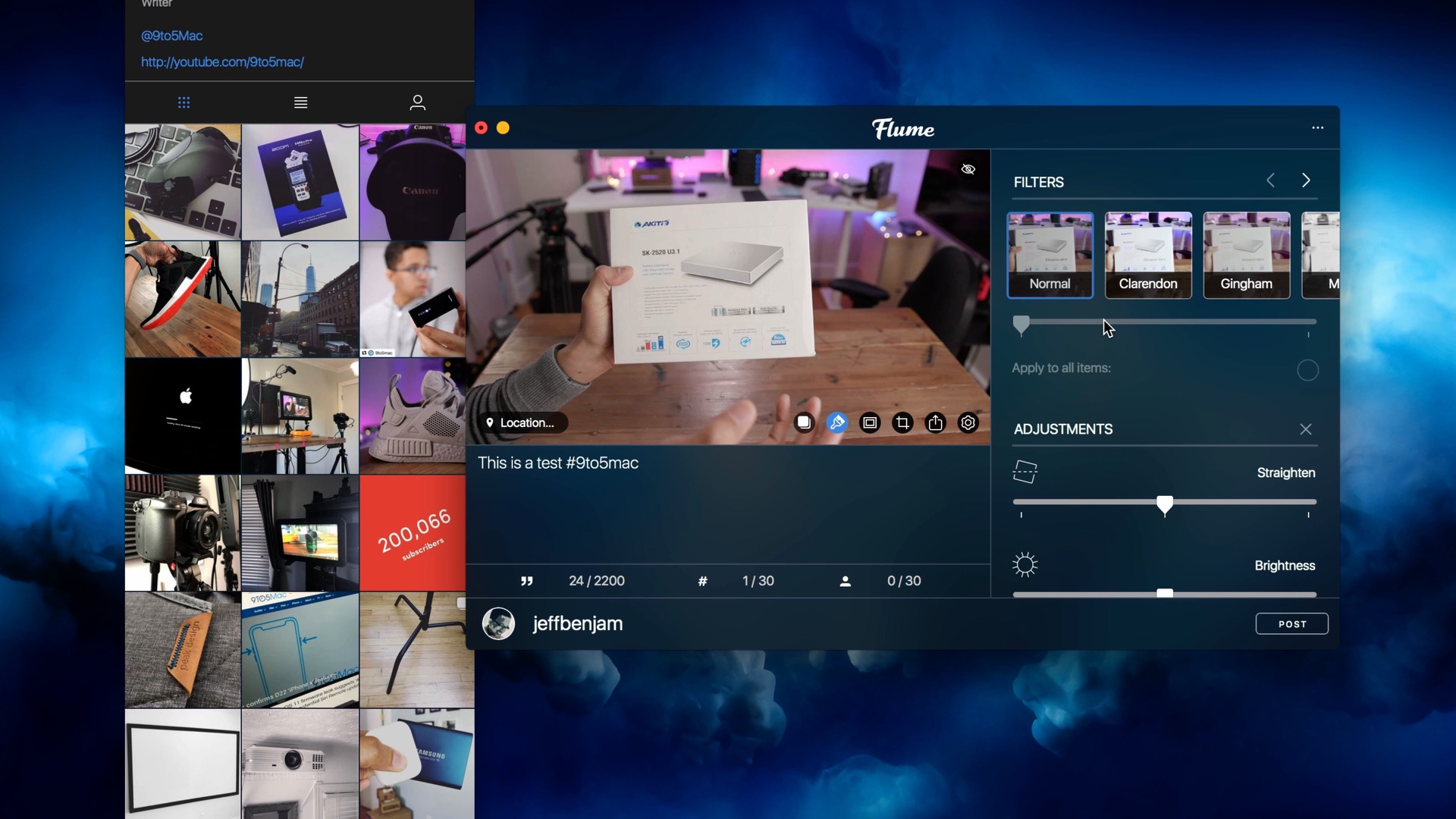 My favorite part of Flume, though, has to do with video uploads. Instead of having to transfer videos to my iPhone before uploading to Instagram, I can now do so directly from my Mac and I usually don’t have to worry about the format the video is encoded in.

Flume is the result of a one-man developer team, so it does take some time for new features, such as support for live streaming and Instagram Stories, to arrive. That said, Instagram Stories support is currently in development, and should be arriving in Flume sooner rather than later. If you’re looking to support an excellent independently developed Instagram app for the Mac, check out the Pro version of Flume.

Tweetbot is the Twitter app that I use on iPhone and iPad, so I started using the Mac version as my default Twitter app as well. Tweetbot for Mac features timeline syncing between iOS and macOS, along with streaming that includes handy ‘pin to top’ functionality to keep the latest tweets rolling in. Advanced users can take advantage of features like keyboard shortcuts and columns for quickly managing multiple timelines and lists. 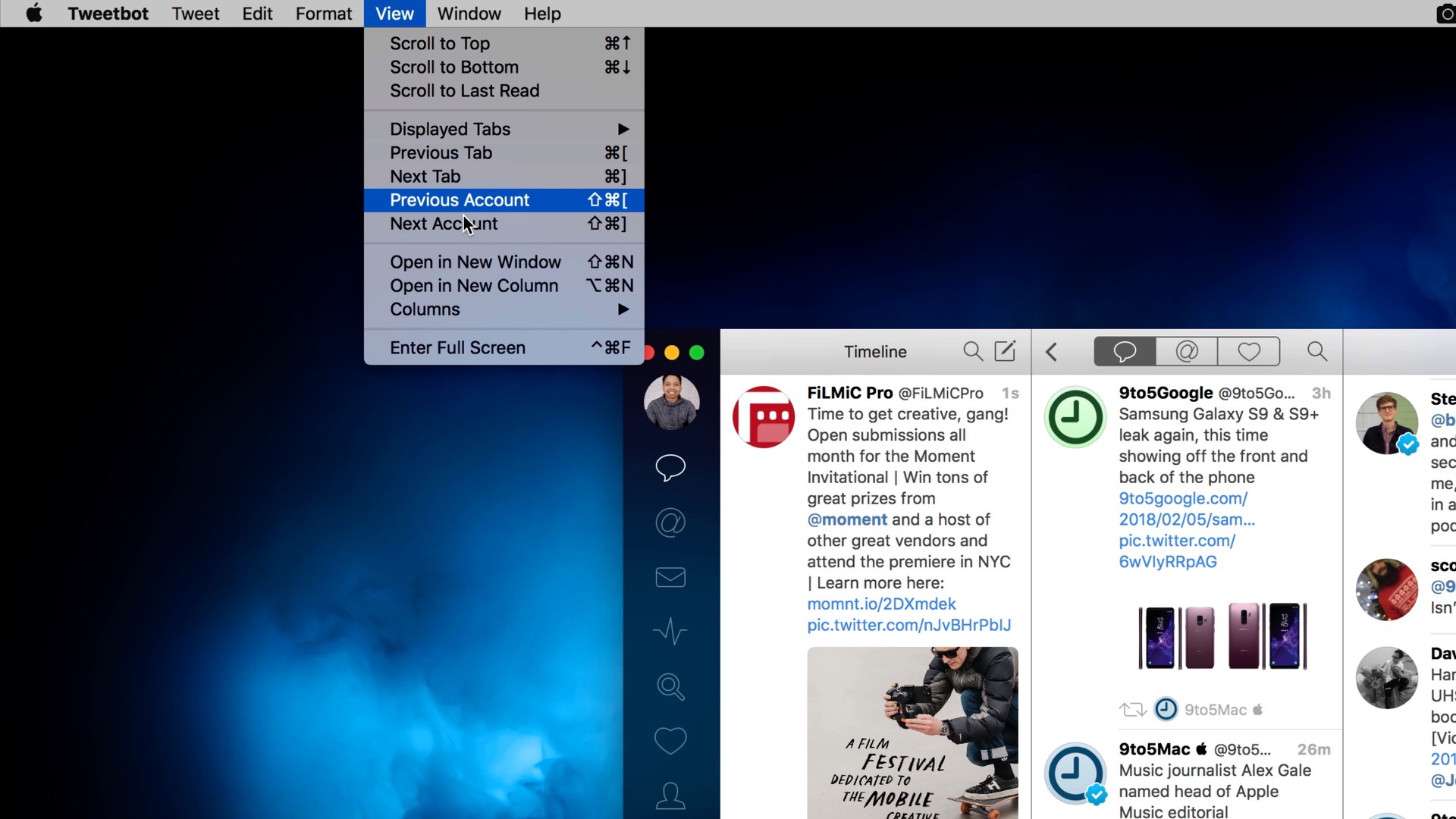 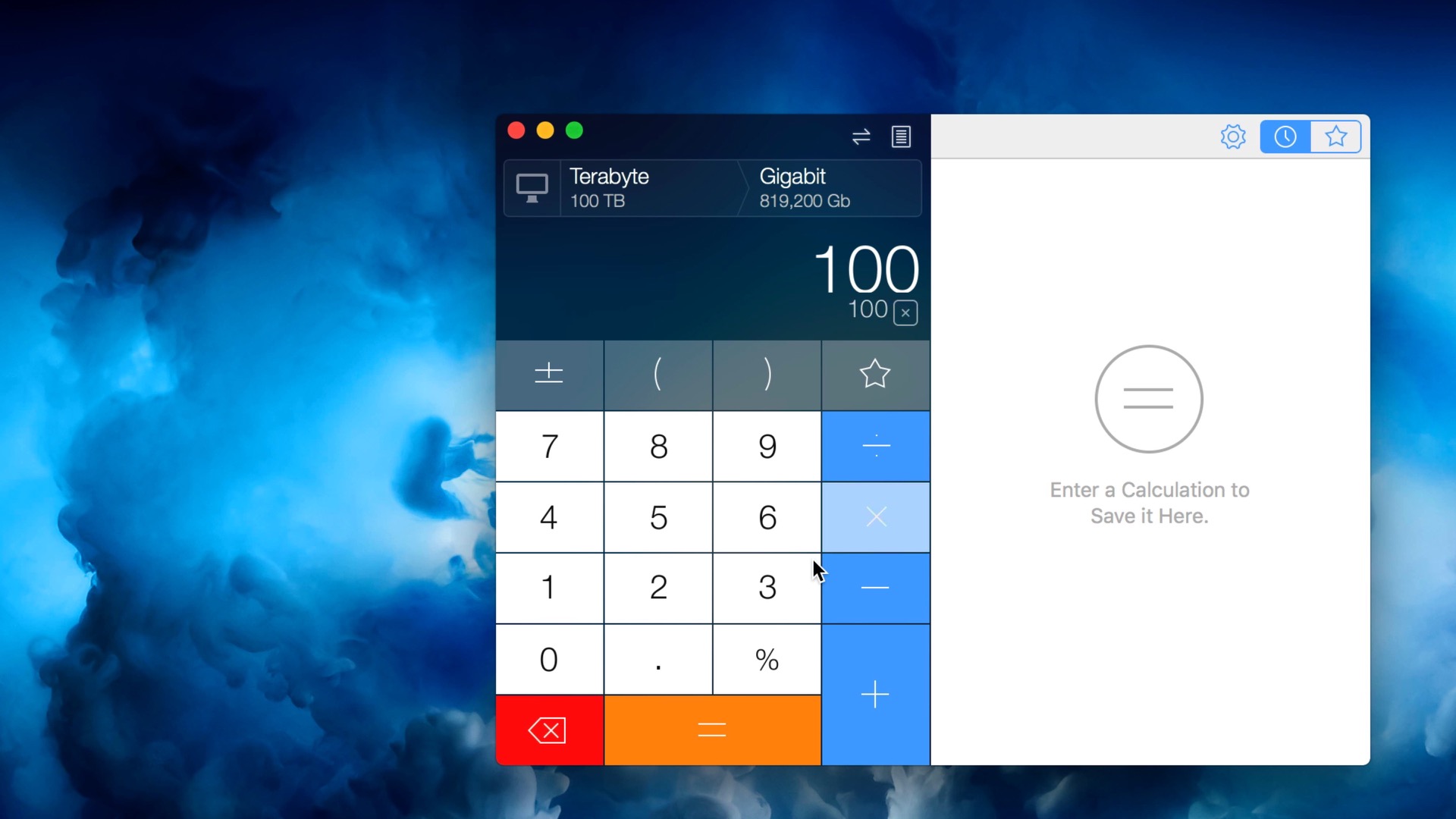 Calcbot is my go-to calculator app for both iOS and Mac. Like other apps from the Tapbots team, it features iCloud support to keep all of your favorite results in sync. I especially like its built-in conversion system, which is handy for doing data size conversions that so often come up when reporting about technology.

I use Pastebot as a day-to-day clipboard manager, but I also use it to paste often-used snippets that rely on particular formatting. The most outstanding Pastebot feature is its ability to sequentially paste text from the clipboard. Sequential pasting is especially useful when transcribing data from one source to another where maintaining order is important. 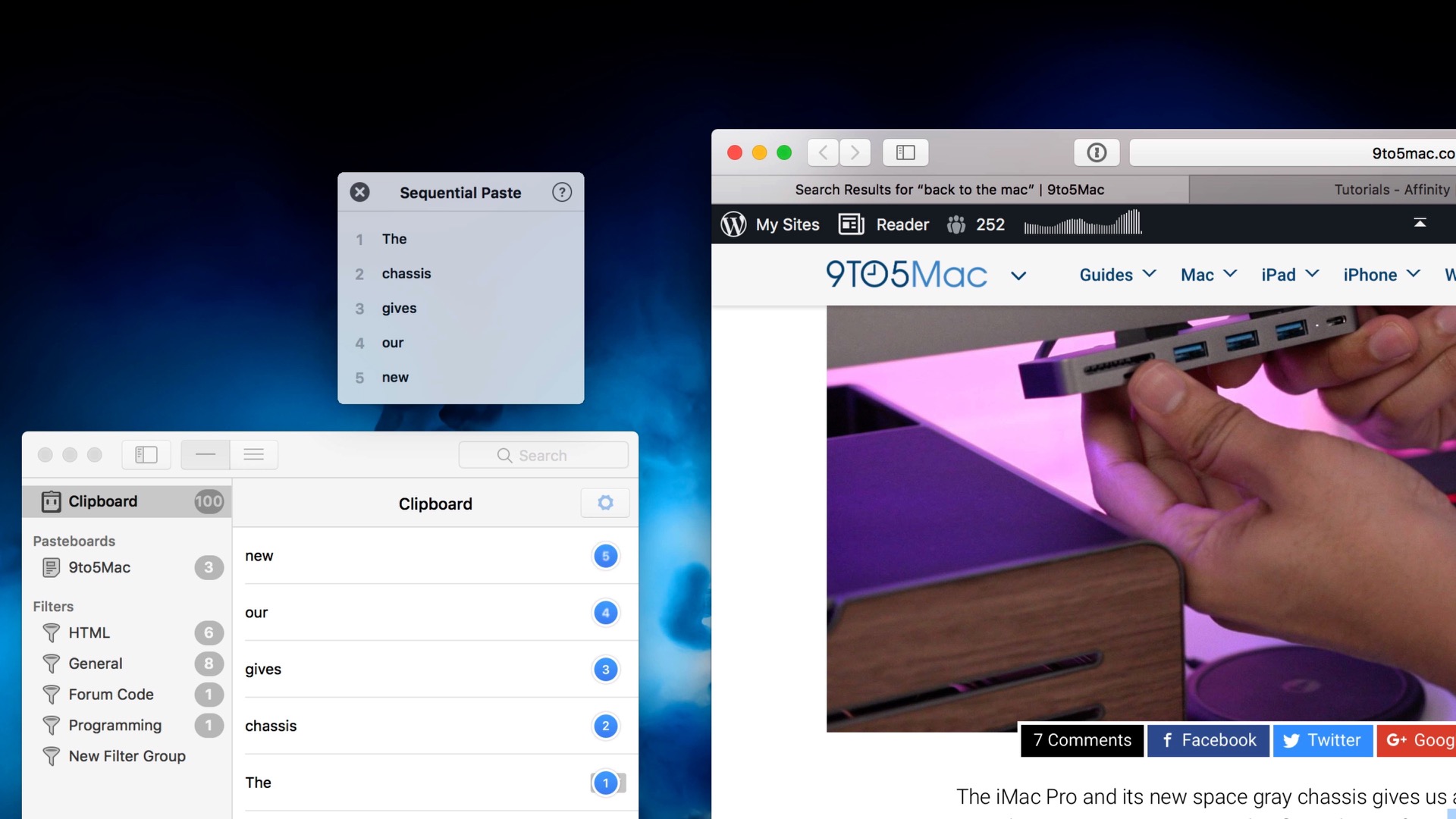 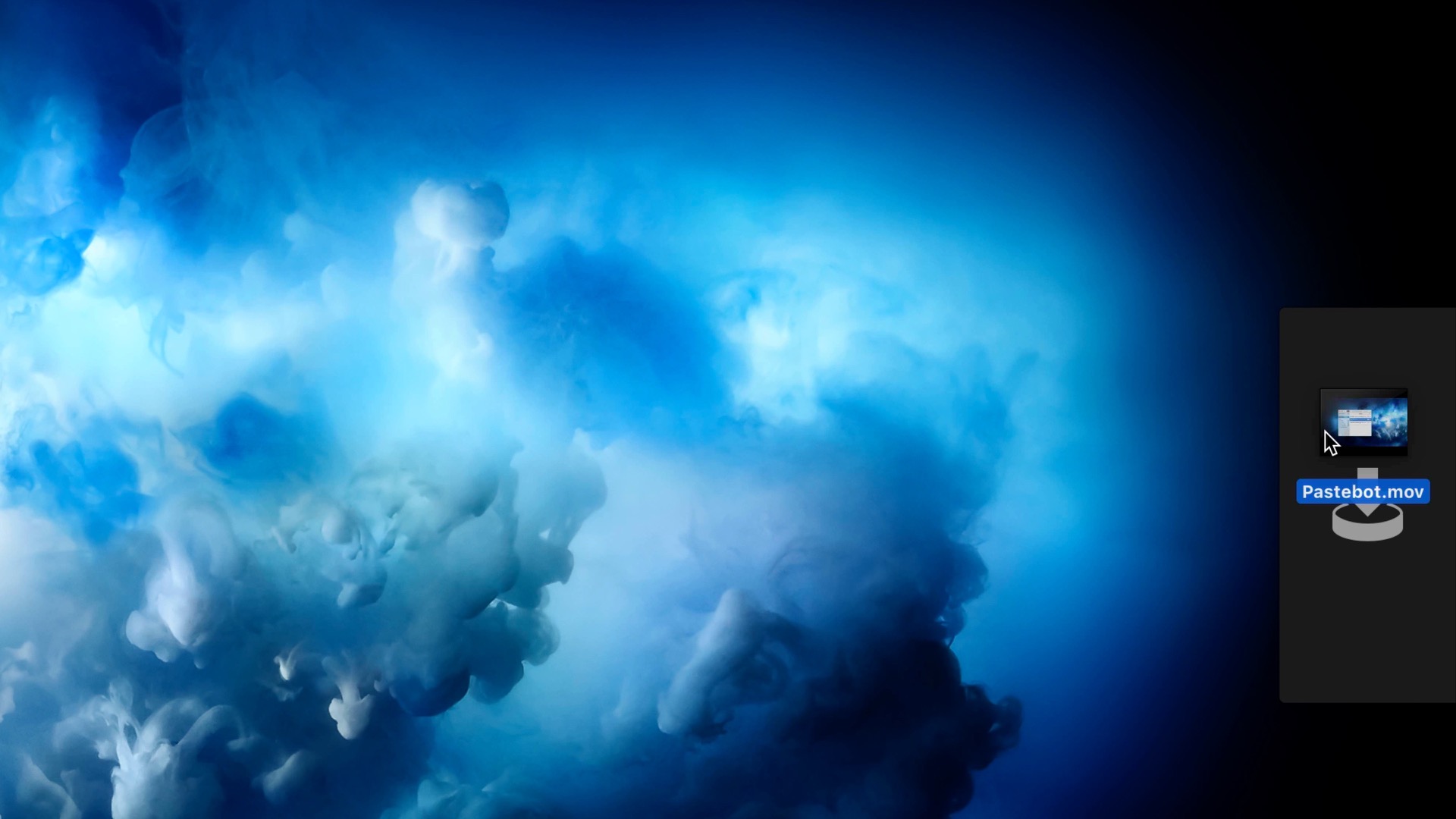 Depending on your desktop window layout, moving files from one place to another in macOS can prove to be a challenge. Much of that challenge is alleviated with the help of Yoink — a utility that serves as a temporary holding area for files and apps that are moved throughout macOS. 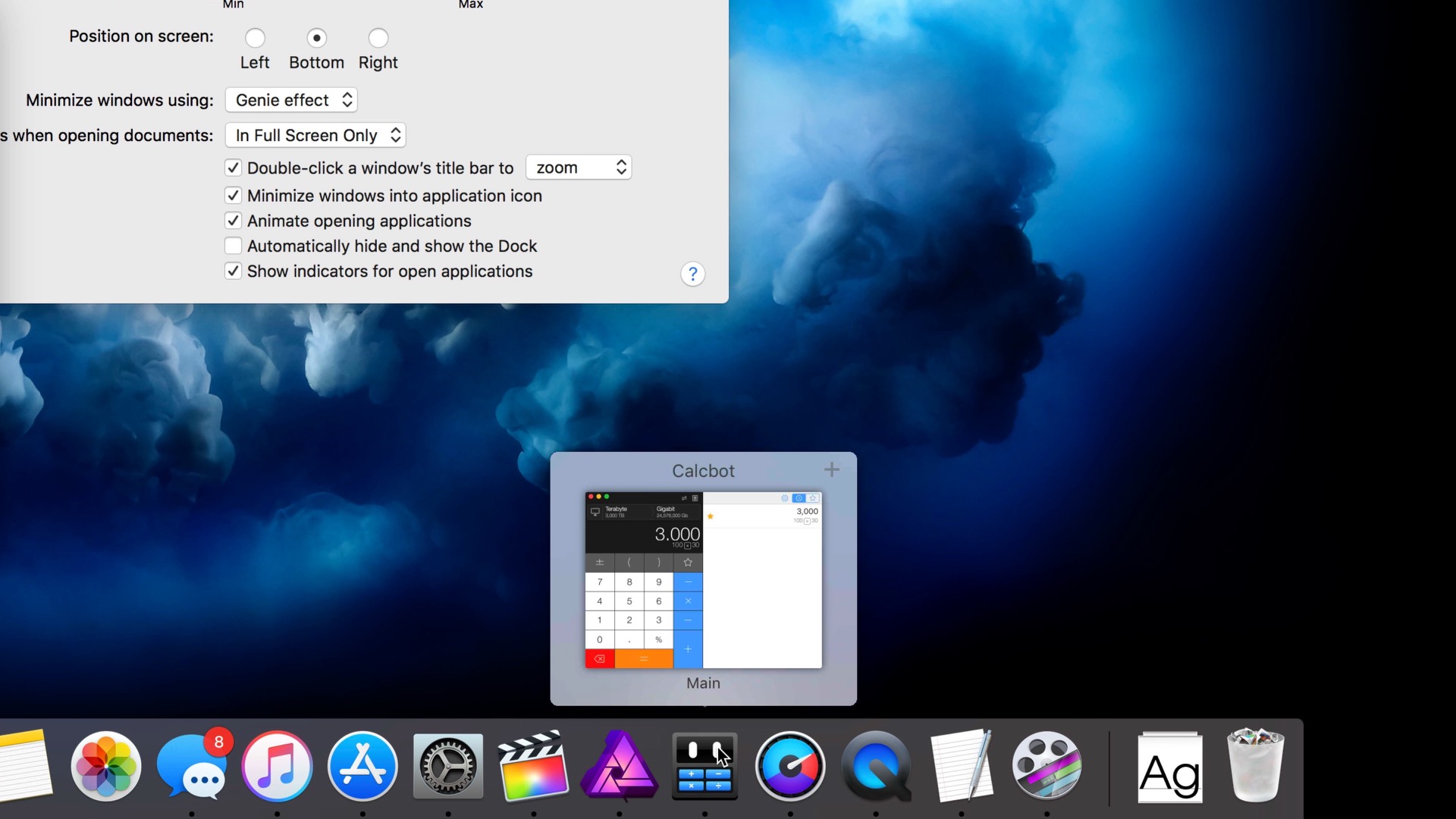 HyperDock is an app that I’ve recommended before, and even though it’s been around for a long time without any substantial updates, I find that it’s just as useful as ever. Although HyperDock is capable of performing several different functions, I primarily use it for two things — app windows previews for running apps in the dock, and window snapping. 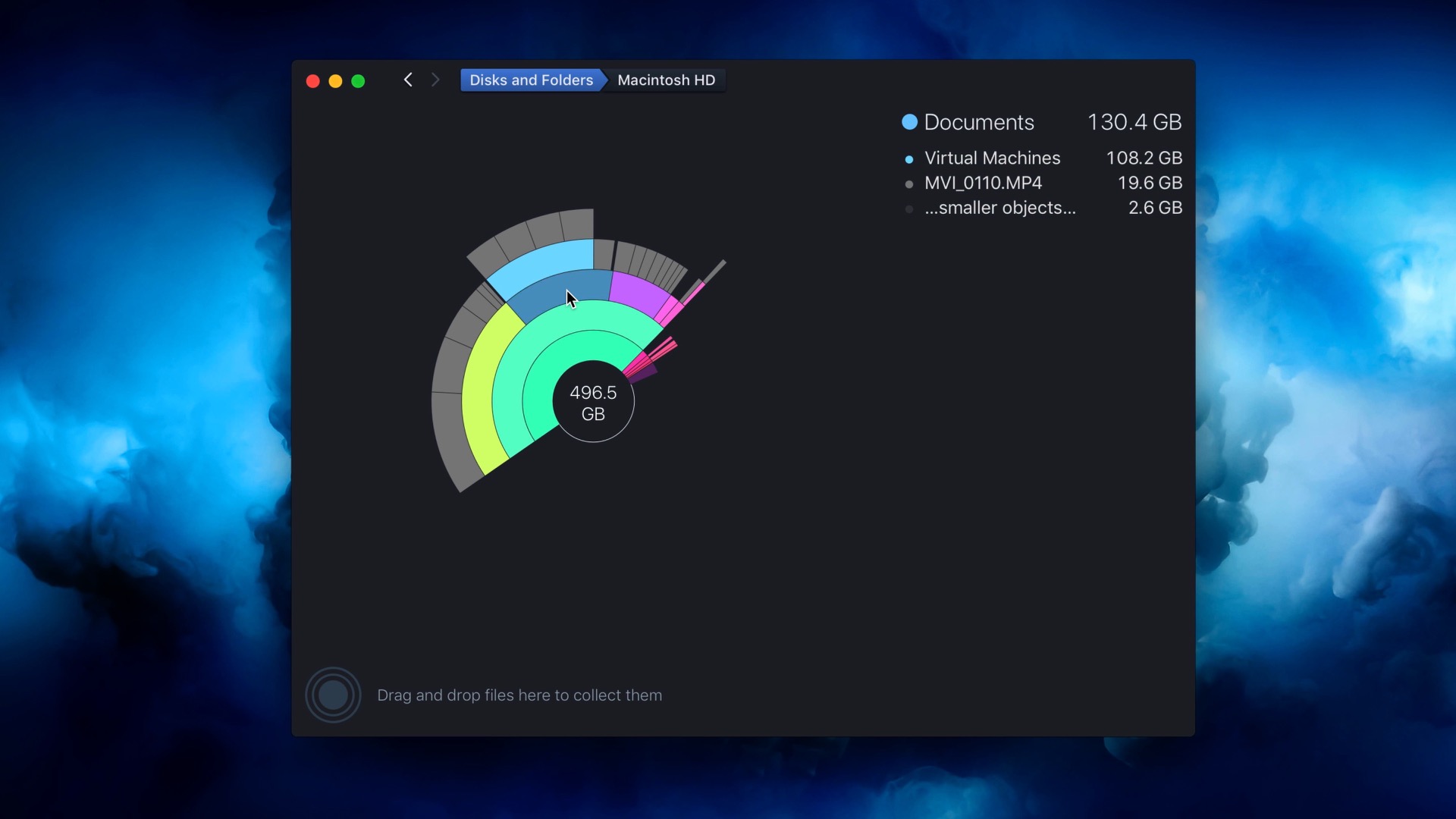 Although there are plenty of ways to go about analyzing and managing disk space in macOS, DaisyDisk, with its focus on visual representation of used and available storage space, is my favorite way to go about doing so. 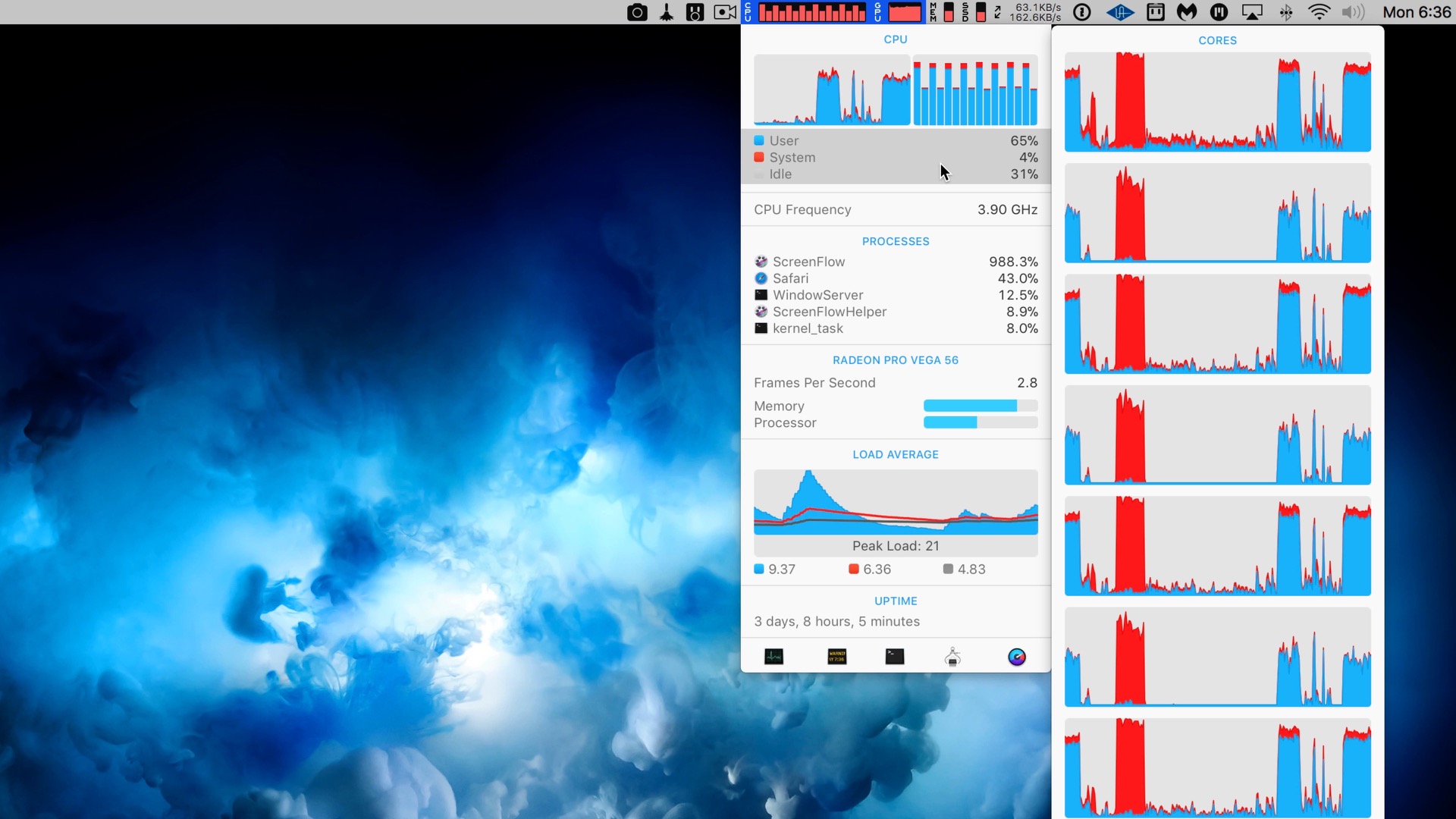 I recently recommended iStat Menus for iMac Pro owners thanks to how it showcases realtime multicore performance. But iStat Menus, with its large array of system monitoring tools, is not just useful for iMac Pro owners. Any Mac user stands to benefit from the ability to closely monitor things like CPU and GPU usage, network usage, memory utilization, and much more. Best of all, it’s all available via an easily digestible GUI.

I like macOS for a whole host of reasons, but the main reason why I prefer the Mac is because of the high quality apps that remain exclusive to the platform. Despite a concerted focus on mobile over the last several years, the desktop still plays host to a wide array of AAA apps.

What are your favorite macOS apps? Are there any on this list that you plan on trying?