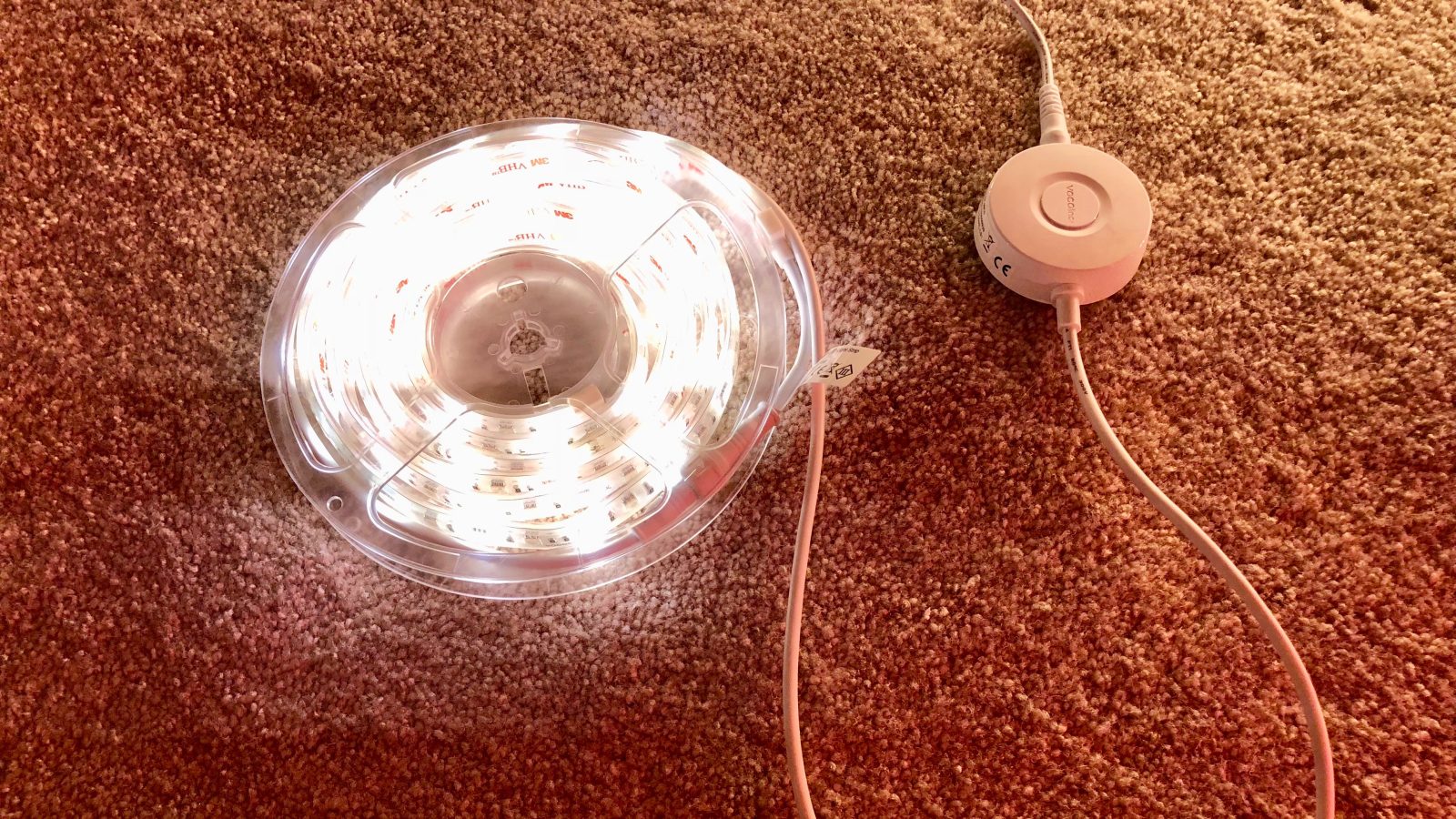 A week ago we checked out Sylvania’s $60 HomeKit light strip that works without a bridge and costs less than Philips Hue. Sylvania is a known name in lighting, but there’s an even cheaper option available if you’re willing to stray from major brands.

Hong Kong-based VOCOlinc offers a $40 smart LED light strip that works with Apple HomeKit, so how does it compare?

Like Sylvania, VOCOlinc doesn’t rely on an Ethernet bridge to connect to your Wi-Fi network and talk to HomeKit. Simply connect the power source and follow the normal HomeKit set up process in Apple’s Home app.

For $20 less than Sylvania and $50 less than Philips Hue, VOCOlinc is quite competitive. You miss out on the ecosystem of Philips Hue-compatible apps, but VOCOlinc also works with Amazon Alexa and Google Assistant unlike Sylvania. 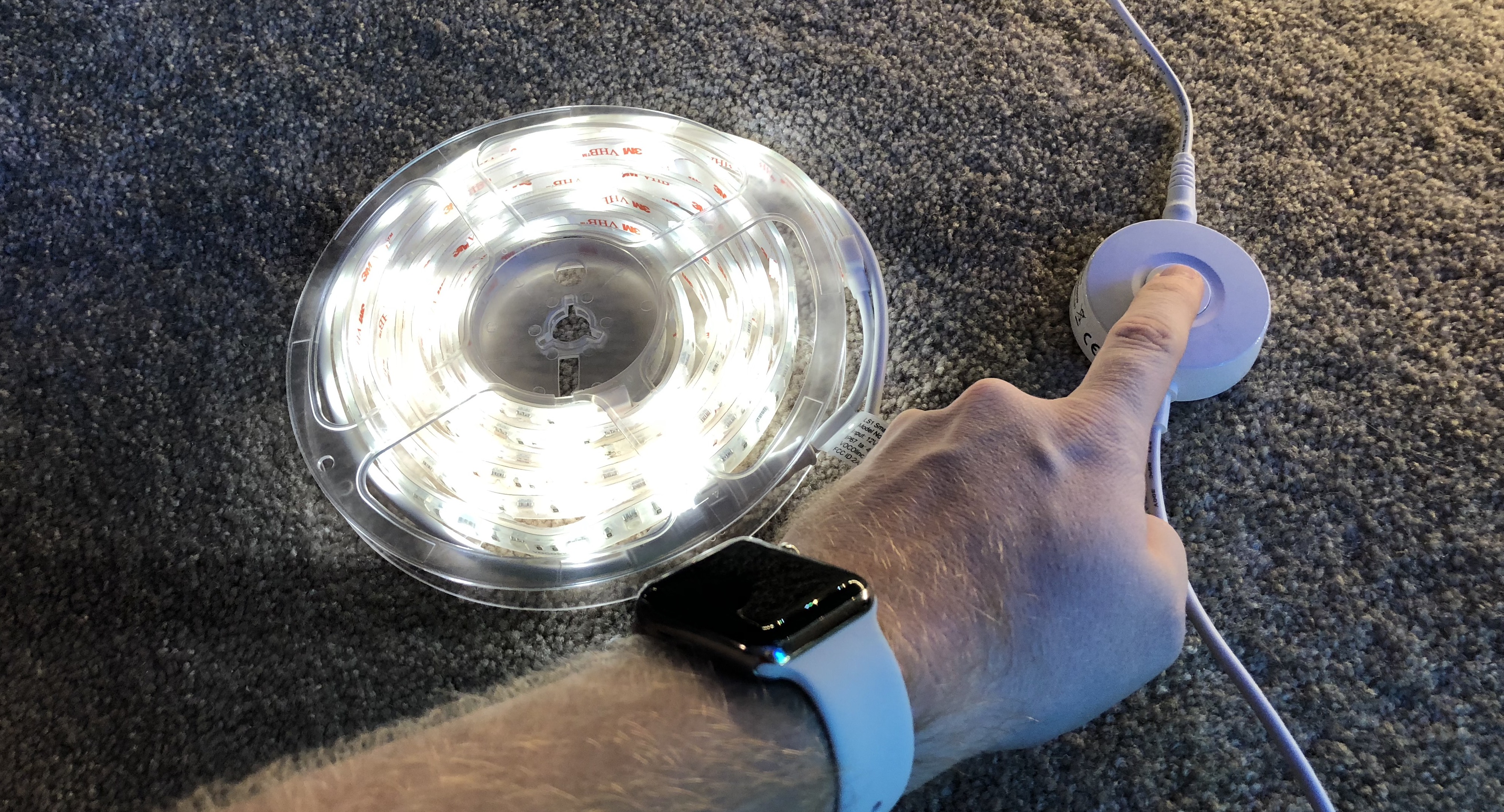 VOCOlinc also features a useful on/off power switch on the power supply which is not the case for its competitors, and the company promises an IP67 waterproof rating although I haven’t tested use around moisture.

For HomeKit use, VOCOlinc offers virtually the same functionality for $40 as Sylvania and Philips for a price that’s easier to manage. That means Siri control, brightness changing, color customization, and automation from Apple’s Home app. 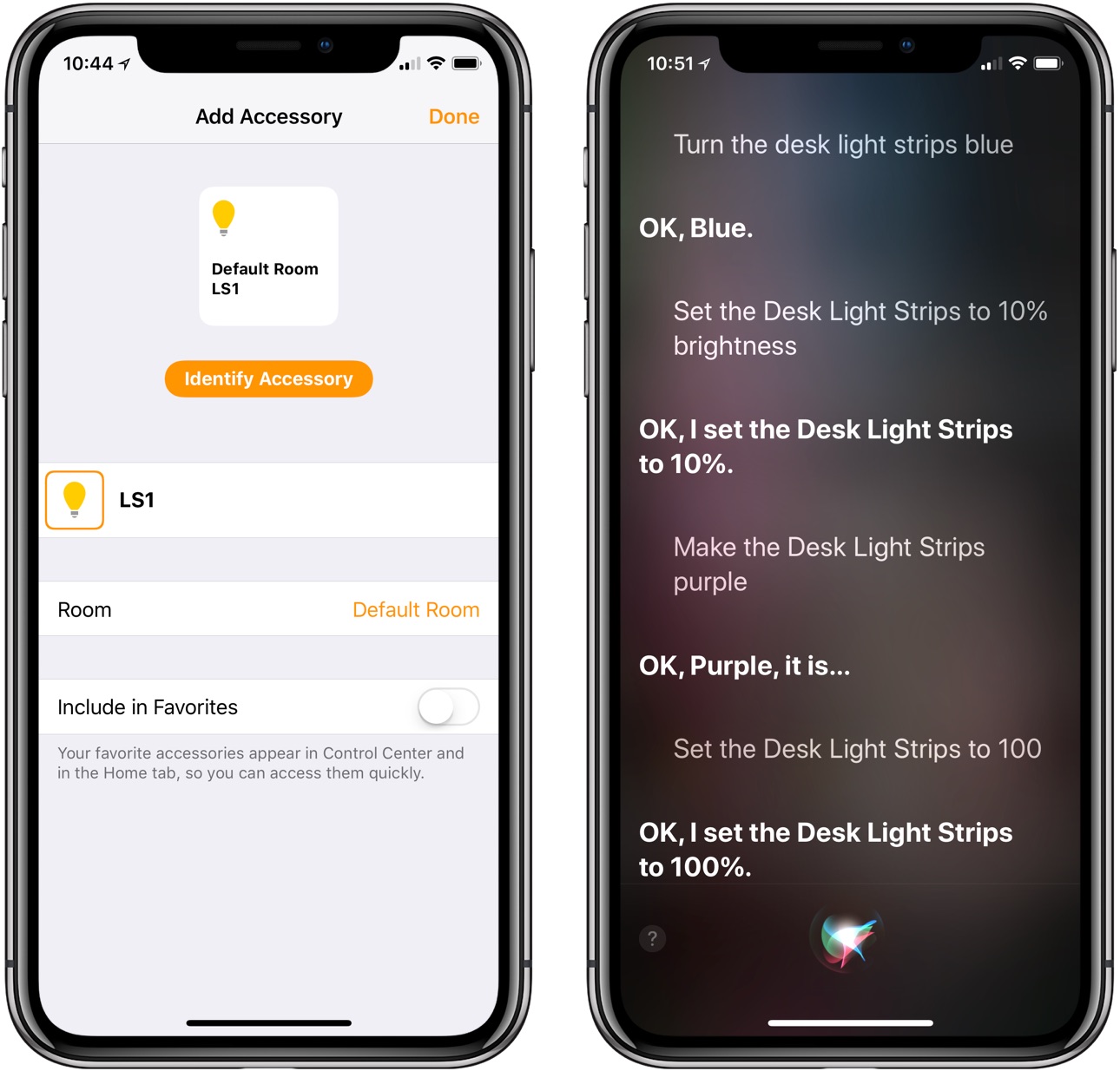 $40 is still a bit pricey for LED light strips, but the smart features and relative value compared to other competitors makes VOCOlinc worth considering if you want an affordable way to jump in on HomeKit lighting.

Based on the cheaper price alone, I was very skeptical that VOCOlinc would work as advertised if at all, but my experience testing has been positive so far.