Has the HomePod left a ‘white ring’ on any of your furniture? [Poll] 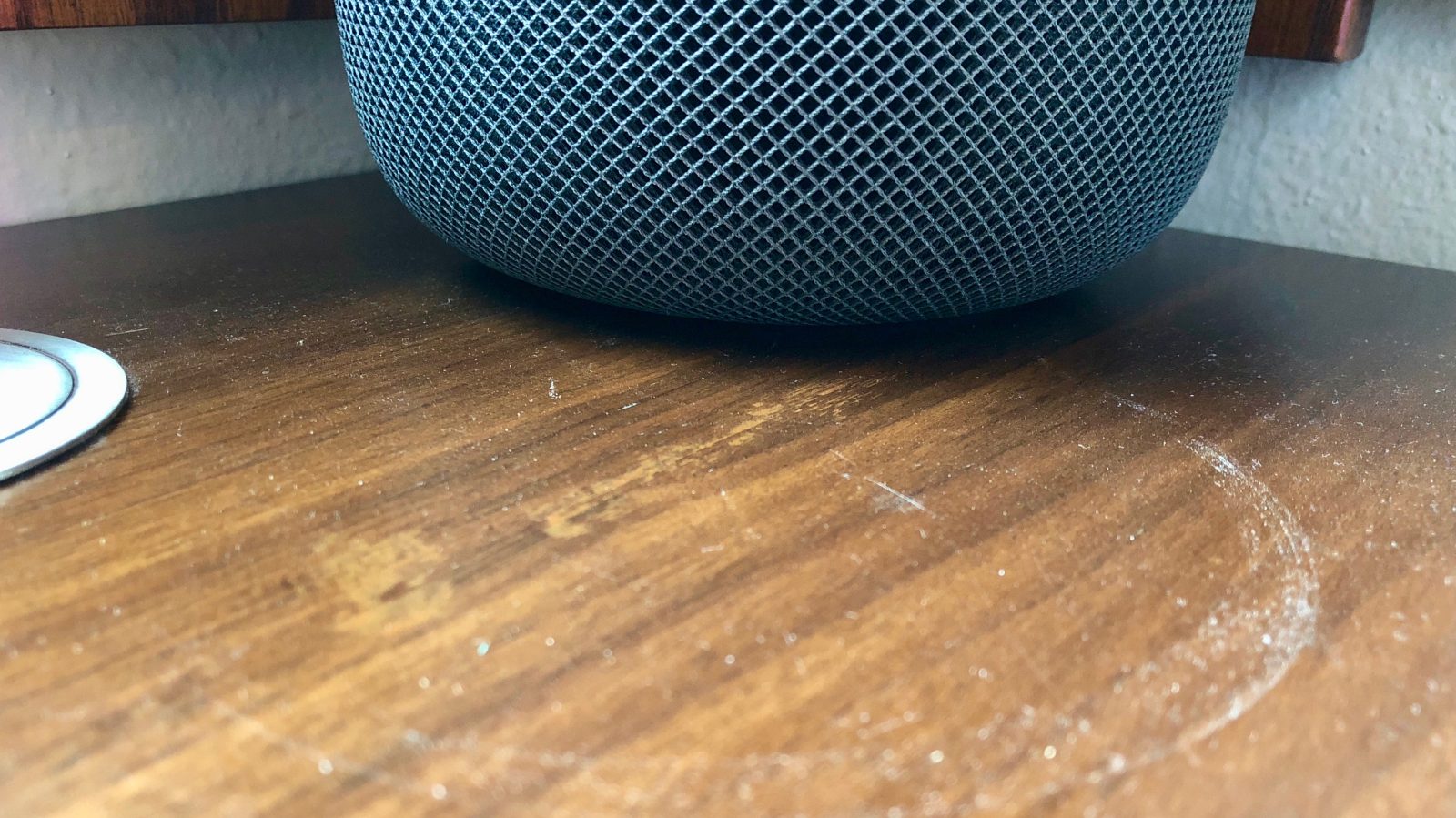 HomePod is making its mark on early adopters. Earlier this week, it was discovered that Apple’s HomePod can leave a white ring on certain wood finished furniture. While it’s unclear how widespread the issue is, Apple did acknowledge it in a support document, saying that it is not unusual for “vibration-dampening silicone” to leave marks.

We’re curious: Have you noticed the HomePod leaving white rings on your furniture?

Apple explains that the marks are caused by oils diffusing between the silicone base and the table surface in question. The company says that, in most cases, the marks will go away after several days. If they don’t, however, Apple advises users to wipe the surface down:

“The marks can be caused by oils diffusing between the silicone base and the table surface, and will often go away after several days when the speaker is removed from the wooden surface. If not, wiping the surface gently with a soft damp or dry cloth may remove the marks.

If marks persist, clean the surface with the furniture manufacturer’s recommended cleaning process. If you’re concerned about this, we recommend placing your HomePod on a different surface.”

HomePod doesn’t appear to be alone in this type of issue, however, as a separate review found that the new Sonos One can also leave white rings on tabletops.

Personally, I have two Sonos Ones and a HomePod on two separate pieces of wood furniture and have not noticed any rings or damage of any sort. However, my 9to5Toys colleague Trevor Daugherty has noticed some damage on his wood desk because of the HomePod.

It seems unlikely at this point that Apple will make any further comment on this issue, and I wouldn’t expect any sort of repair program. Of course, if it turns out to be more widespread than it currently seems, that could change.

Have you noticed the HomePod leaving rings on your furniture? Do you think there is more Apple should be doing to remedy this issue for affected users? Answer the first question in the poll below and discuss down in the comments!