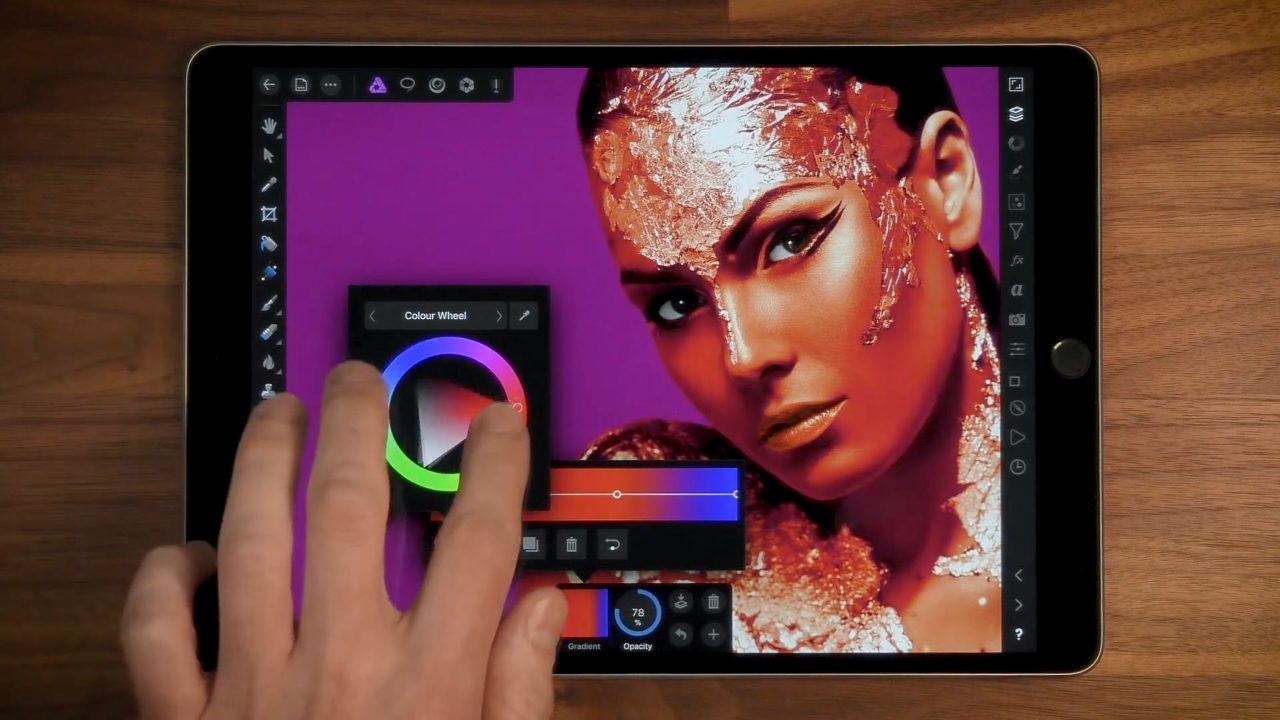 2017 App of the Year Affinity Photo for iPad has been updated with its third significant release since it originally launched back at WWDC 2017. The app, which brings desktop-class photo editing capability to the iPad, includes a number of significant enhancements in its 1.6.7 update.

A few features immediately stand out to me. The ability to save overwrites back to the same location will speed up workflows, as will opening and editing files directly via the Files app. Another enhancement that stands out is the ability to quickly jump into solo layer view, which lets you quickly target a layer for editing in complex multi-layer projects.

Obviously the ‘Show Touches’ option is a big feature for me, as someone who likes to create video walkthroughs and tutorials. This is a feature that I use in LumaFusion, and I’m happy to see other developers adopting it. 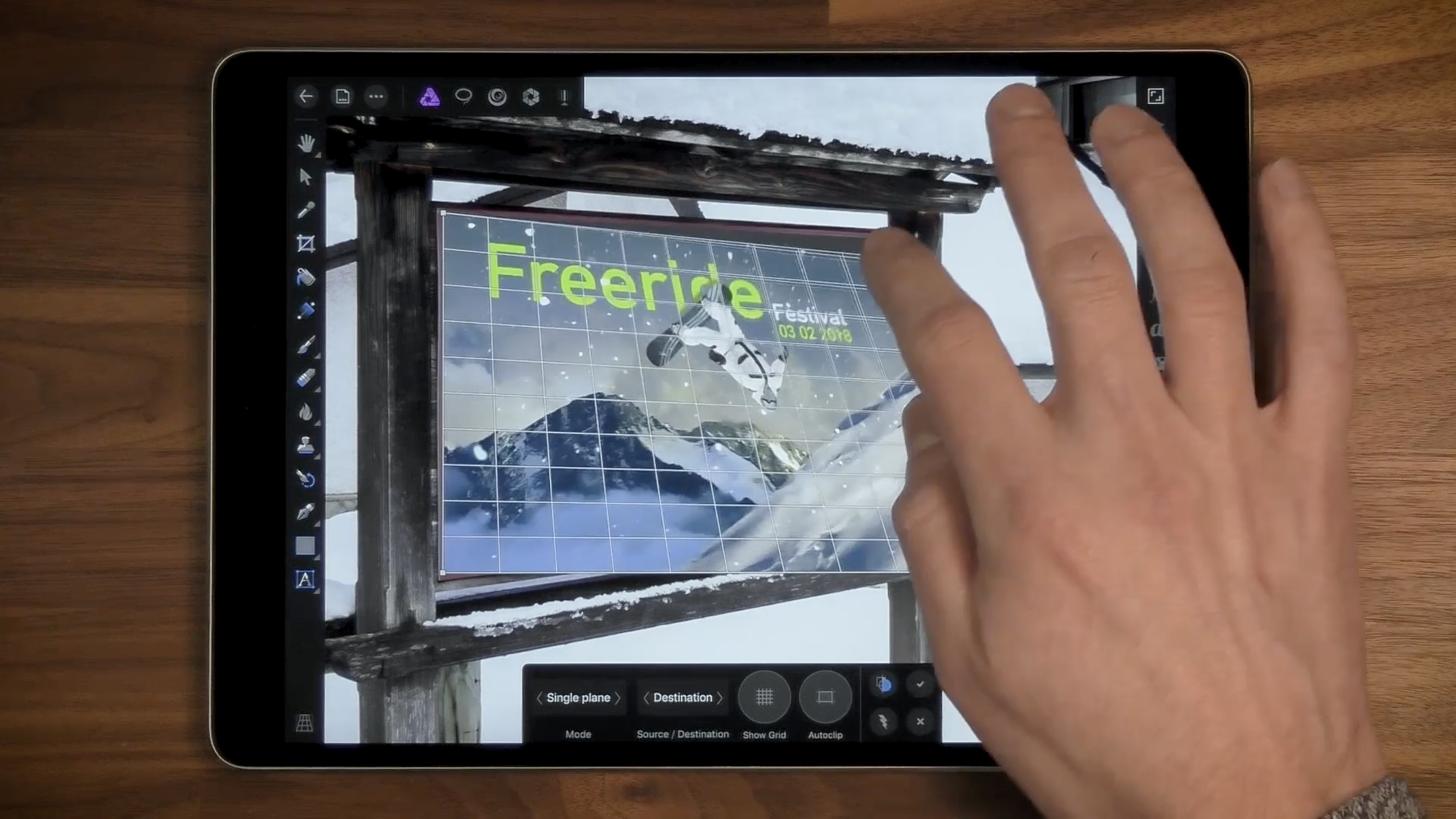 In addition to these new features and enhancements, developer Serif is giving away three free bonus content packs for a limited time to celebrate the launch:

All bonus content can be accessed for a limited time by following this link. 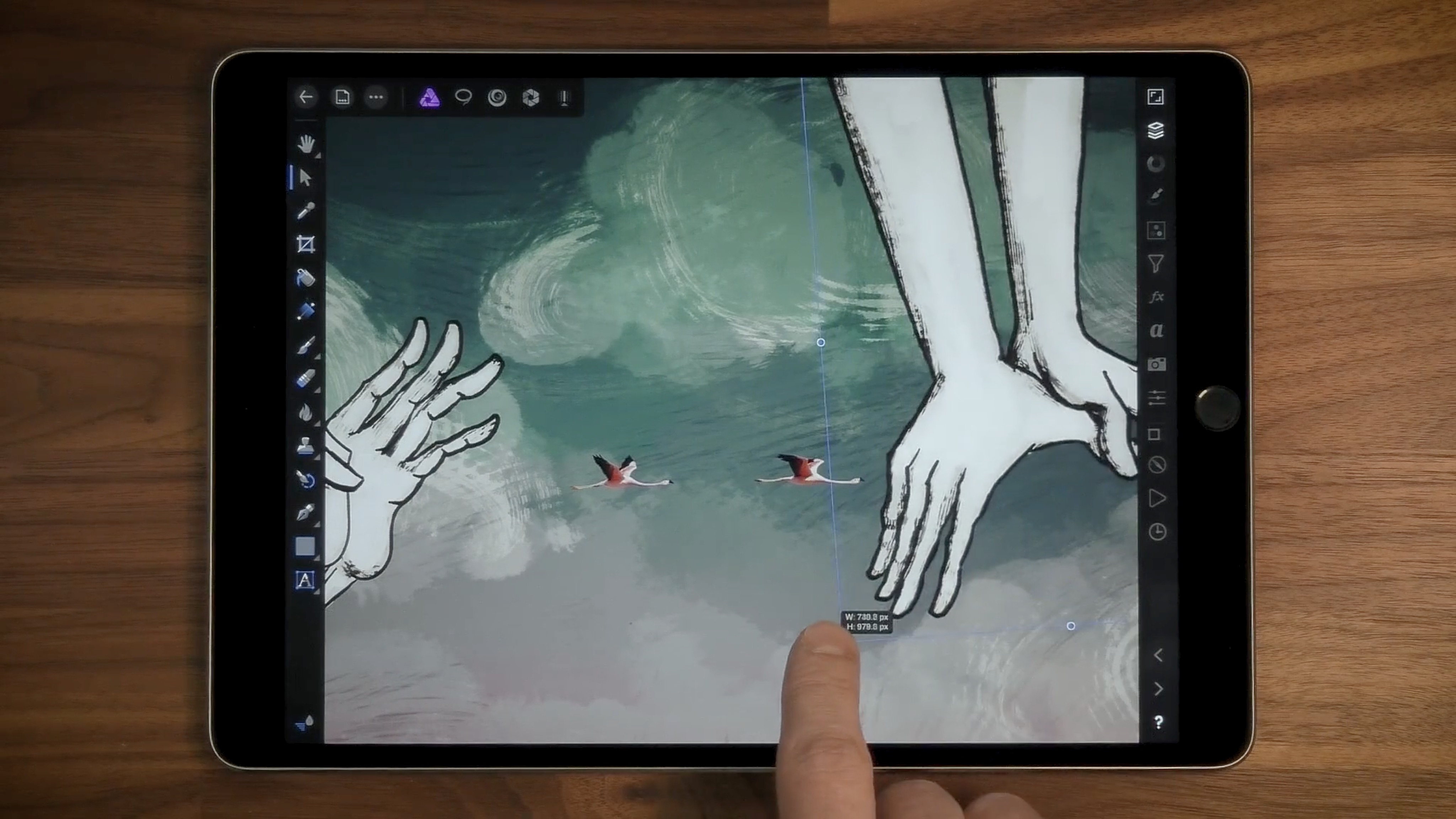 I’m a huge fan of Affinity Photo on the iPad. I’ve covered it several times before, and use it on a day-to-day basis on the Mac and iPad. It’s definitely one of the most impressive iPad apps I’ve ever used, and deserving of all of its end-of-year accolades. If you’re an iPad owner who’s looking for a robust photo editing solution, then look no further.

Affinity Photo version 1.6.7 is available as a free update for existing users. If you don’t yet own the app, it can be purchased for $19.99 on the App Store.