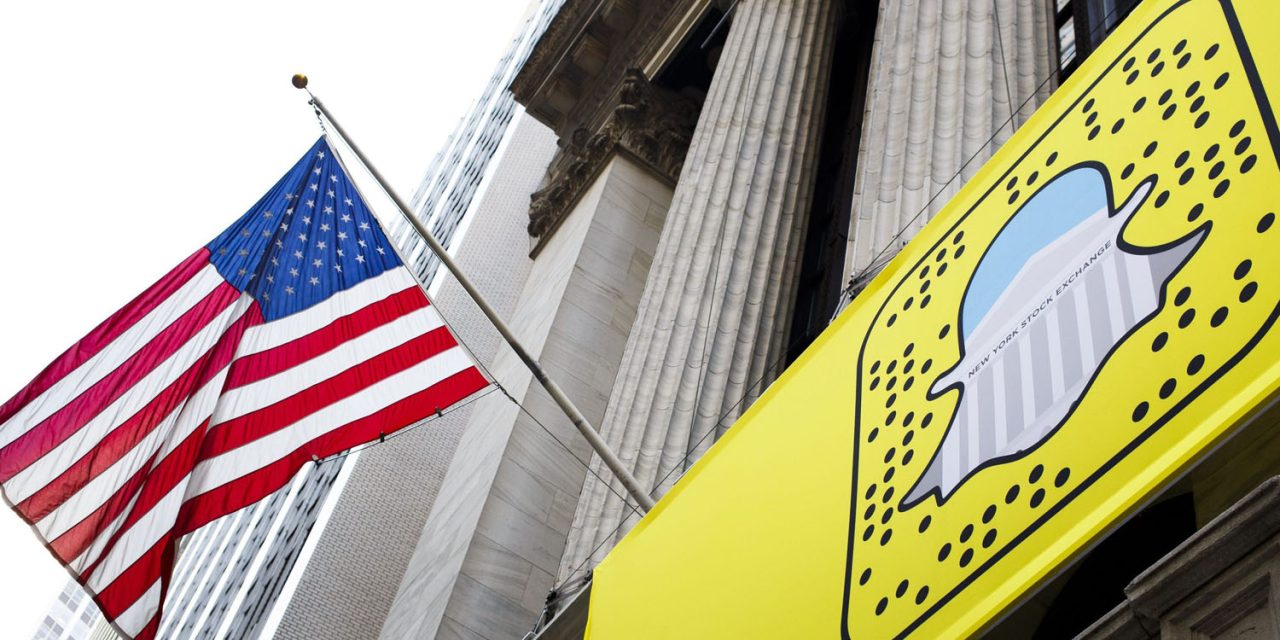 Snapchat’s incredibly controversial redesign appears to be paying off, at least in terms of downloads. According to new data from analytics firm Sensor Tower, Snap has seen a sharp increase in first-time installs of its application on the heels of the dramatic redesign on both iOS and Android…

The data shows that Snapchat experienced a 55 percent week-over-week increase in first-time downloads for the seven-day period following the rollout of the redesign. As you can see in the chart below, the per-day growth peaked at a 76 percent increase, with a minimum increase of 41 percent.

Overall, the Snapchat application saw first-time downloads increase from 589,000 during the week of January 30th through February 5th to about 911,000 between February 6th and February 12th. These numbers don’t account for instances where the same account is used to download the app again. 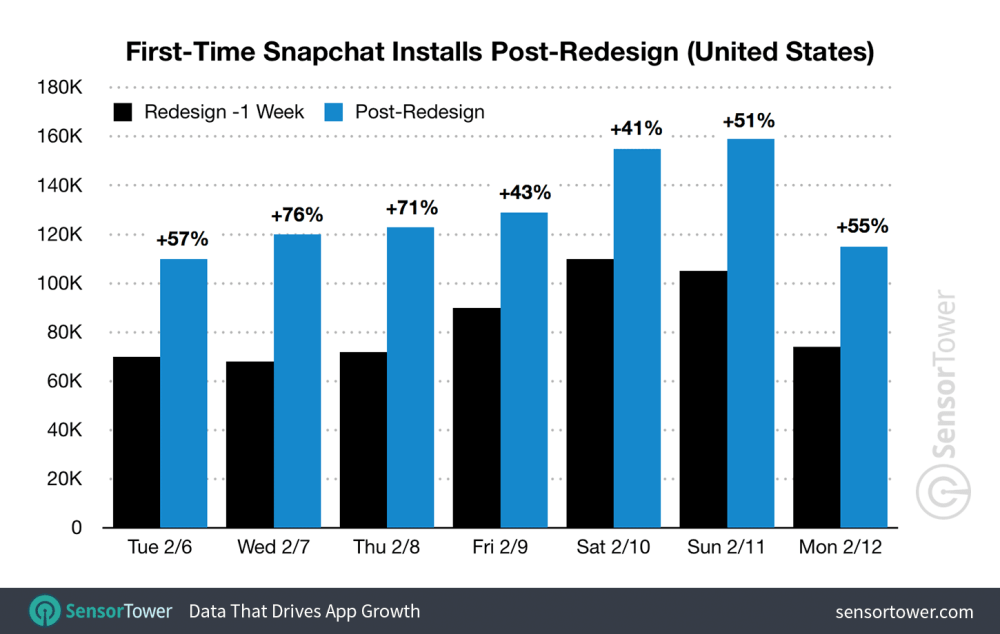 TechCrunch also points to new data from App Annie, which highlights Snapchat’s performance on the charts. Following the redesign, Snapchat went from No. 7 on the overall United States charts to No 2.

Then, when Kylie Jenner tweeted “sooo does anyone else not open Snapchat anymore? Or is it just me… ugh this is so sad,” the app rocketed to No. 1.

Snapchat’s redesign, which separates content from friends from celebrity and public stories, has been anything but well-received. Despite the backlash, however, the company has repeatedly stated it will not rollback the design. These numbers certainly offer some insight as to why Snap refuses to revert.

Of course, it’s important to remember that downloads don’t tell the full story. It’s unclear what percentage those new downloads converted into regular users, but it’s possible, if not likely, it was a small percentage.

Snapchat rolled out its redesign after a strong Q4 earnings report, so the company is likely hoping that the spike downloads will help it carry that momentum through the rest of 2018.

What do you think of the new Snapchat design? Were you one of the people who downloaded it to try it out? Let us know down in the comments!