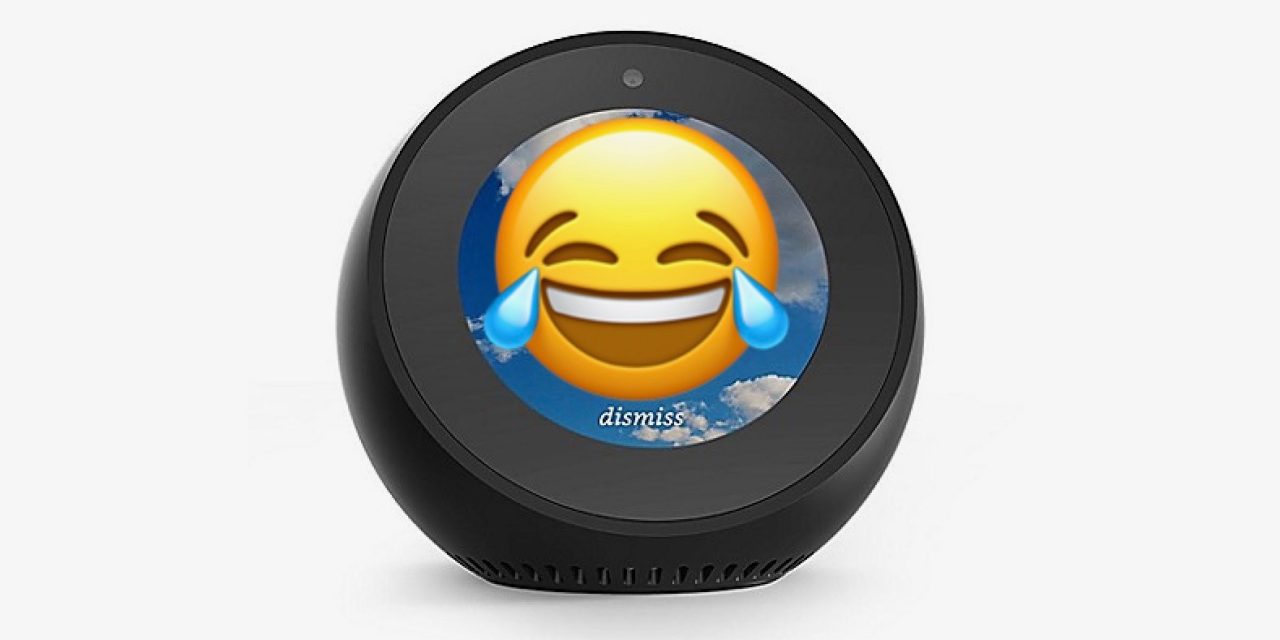 HomePod may leave a lot to be desired in its current state (and the occasional wood-stained ring), but we’ve seen no reports of Siri spontaneously laughing for no apparent reason. The same can no longer be said for Amazon Echo’s Alexa…

Following customer complaints of creepy, unprompted laughs coming from inside Alexa devices, Amazon has confirmed to The Verge that it is aware of the feature … er, issue … and it is working on a fix. Buzzfeed has also confirmed the issue.

Alexa’s unwelcome laughter reportedly started as early as late February — just a few weeks after HomePod debuted — so you have to imagine there is a method to the madness. Alexa did face a rare outage last week after Amazon Web Services saw significant downtime, but the shift into becoming entirely sentient is a new development for any voice assistant to date.

Fortunately, the judgmental Alexa flaw doesn’t appear to be super widespread. I’ve welcomed a dozen or so Echo Dots throughout my house for smart home control and haven’t been greeted with snickering yet, but there’s still time before Amazon’s promised fix is in place.

So Alexa decided to laugh randomly while I was in the kitchen. Freaked @SnootyJuicer and I out. I thought a kid was laughing behind me. pic.twitter.com/6dblzkiQHp

"we are making the laugh less creepy sorry every body" https://t.co/GjKuFGqK0c