We mostly sign up to Netflix on Macs and iPhones, but watch it on TV 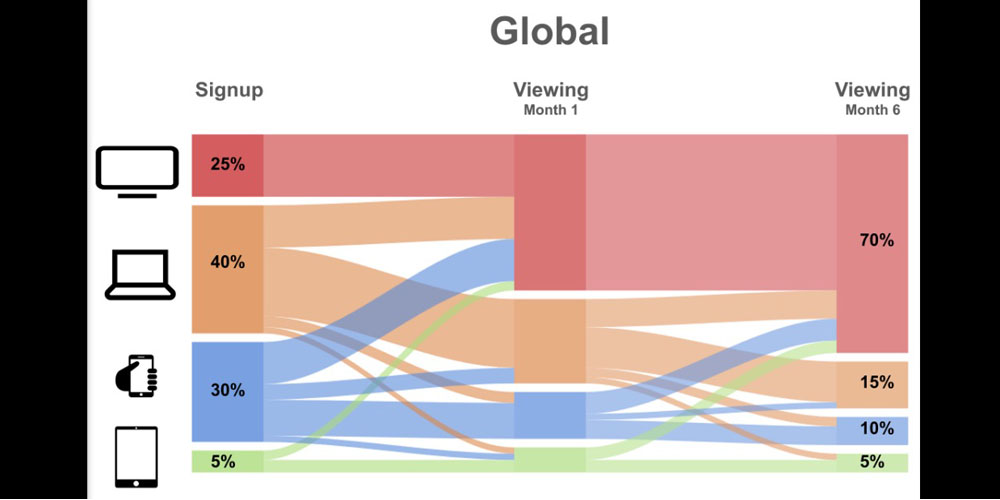 Netflix has shared a few stats on how people join and watch the service, and it found that there’s a pretty rapid switch in devices …

When it comes to taking out a subscription, the most common way to do that is on a Mac or PC (40%) followed by a smartphone (30%).

One month in, though, about half our viewing is done on TV, and by the six month point that number has jumped to 70%.

That most people gravitate to TV isn’t surprising, but I am a little surprised that twice as many people watch on a smartphone as on a tablet. That may be explained by mobile viewing while commuting, when people are less likely to have their tablet with them. Some 25% of Netflix streaming is done on a mobile network.

Via Re/code and CNET