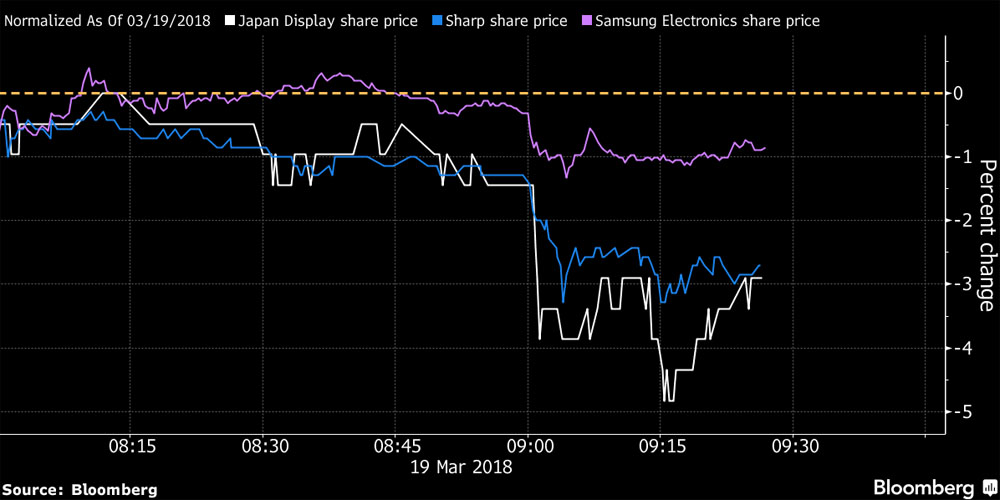 Yesterday’s Bloomberg report claims that Apple is working on designing and producing its own displays in a secret facility in Santa Clara, California.

The 62,000-square-foot manufacturing facility, the first of its kind for Apple, is located on an otherwise unremarkable street in Santa Clara, California, a 15-minute drive from the Apple Park campus in Cupertino and near a few other unmarked Apple offices.

There, about 300 engineers are designing and producing MicroLED screens for use in future products. The facility also has a special area for the intricate process of “growing” LEDs.

Shares in three Asian display makers fell after publication of the report.

The impact may have been limited by the report noting that Apple will likely still outsource mass-production.

The California facility is too small for mass-production, but the company wants to keep the proprietary technology away from its partners as long as possible, one of the people says. “We put a lot of money into the facility,” this person says. “It’s big enough to get through the engineering builds [and] lets us keep everything in-house during the development stages.”

Which would be my own take. It makes perfect sense that Apple would have a facility to design its own version of the technology, and find out what is feasible from a manufacturing viewpoint, but it seems incredibly unlikely that it would actually seek to move into mass-production itself. However, if Apple were to go as far as designing machines to manufacture the displays, as it has done for some other elements of iPhone production, that could allow it to negotiate harder with manufacturers.