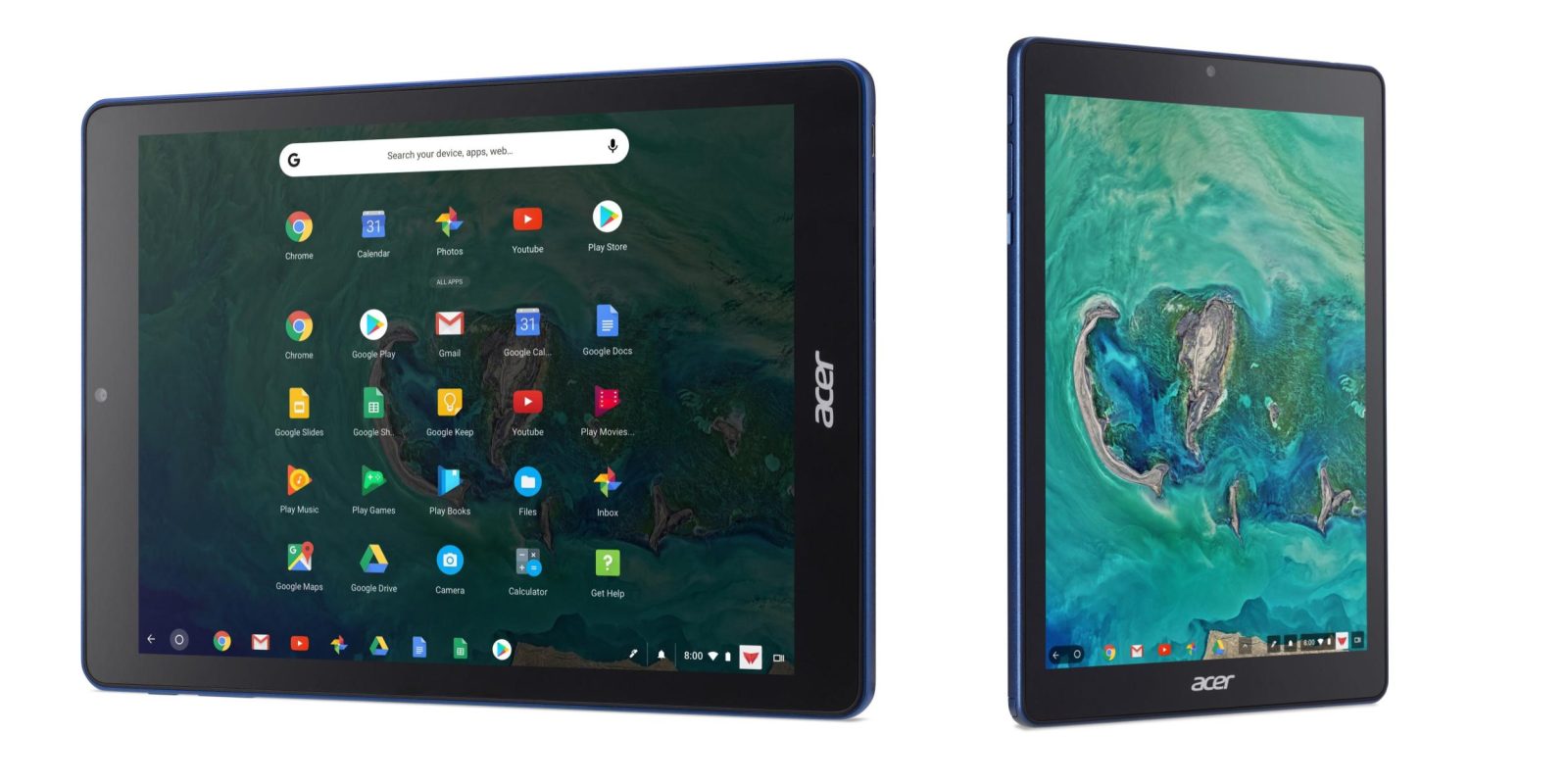 Ahead of Apple’s education-focused event tomorrow where a new affordable iPad is expected, Google this morning announced the first Chrome OS tablet. The Acer Chromebook Tab 10 is a new form factor for Chrome OS going directly after the K-12 market.

Since its 2011 launch, Chrome OS has expanded beyond laptops with Chromeboxes and all-in-ones. Convertibles with touchscreens that can be used in several modes are also popular, with Google now expanding the operating system to dedicated tablets.

It runs the same full-featured Chrome OS already found on existing tablet convertibles with a dock at the bottom of the screen that features touch tools for quickly creating a note, taking a screenshot, and magnifying. All existing Chromebook education features like classroom IT management already work, as does Android apps with the Play Store.

Design-wise and given the educational focus, this inaugural device looks like existing Android tablet. Thick bezels surround a 9.7 LED-backlit display with 2048 x 1536 resolution for a PPI of 264. This IPS panel supports an included Wacom EMR stylus that does not require recharging.

At 1.21 pounds, it is slightly heavier than the entry-level iPad and about 2.5mm thicker at 9.98mm, however, the stylus can be seamlessly stowed into the tablet. There are ports and buttons on three sides of the tablet with a cobalt blue textured back.

On the specs front, it is powered by a processor we first saw on the Samsung Chromebook Plus last year.The OP1 line is designed to meet Google’s standards for insuring a good Chrome OS experience with Android apps, USB-C, and long battery life.

On this device, the chipset features two Cortex-A72 and four Cortex-A53 processor cores. Like other Chromebooks today, it features 4GB of RAM and 32GB of storage with a microSD card slot for expansion.

Other specs include 2×2 MIMO 802.11ac Wi-Fi, Bluetooth 4.1, 2 megapixel front-facing camera, and 5 megapixel rear. A USB Type-C port is accompanied by a 3.5mm headphone jack and dual speakers. Battery is rated at 9 hours per charge.

Price-wise, it’s identical to the current entry-level iPad and on par with most Chromebooks. It is launching this April in North America for $329 and in EMEA this May at €329.