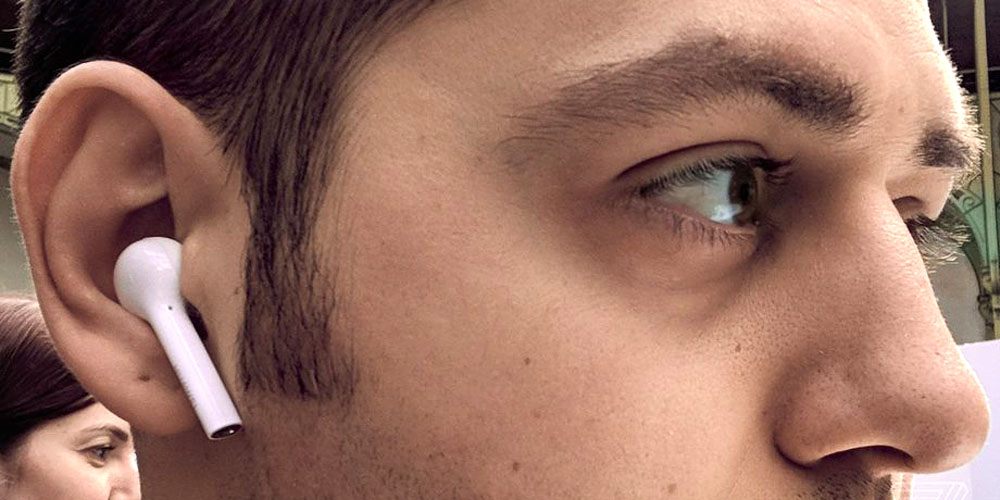 Huawei has long copied Apple’s EarPods look in the headphones it supplies with its Android smartphones, but it has now announced a pretty blatant copy of the iPhone maker’s wireless AirPods …

The Verge noted the similarity, Vlad Savov saying that he was only surprised it had taken someone this long to copy the design.

I believe the extended stem design is the right way to go with truly wireless earbuds. By pushing the Bluetooth antenna and the battery out of the earphone and into the stem, Apple’s been able to balance the contradictory demands of providing both a clean wireless signal and a highly respectable sonic output. Huawei is following the same blueprint with its FreeBuds.

Up close, the difference in design soon becomes apparent, FreeBuds using the conventional silicone tip design common to most in-ear headphones. Viewed in someone’s ear, however, you’d be hard-pressed to tell the difference.

Huawei claims 10 hours of use per charge, twice that offered by AirPods, with a charging case allowing mobile charging as per Apple’s product. Huawei wasn’t, however, allowing tech writers to listen to them, suggesting that they perhaps don’t offer comparable audio quality.

FreeBuds are also available in black, an option many have wished Apple would offer. In our poll, more than three-quarters of you would prefer black AirPods to white. If you really want to change their color, the option is available from ColorWare, at a cost.