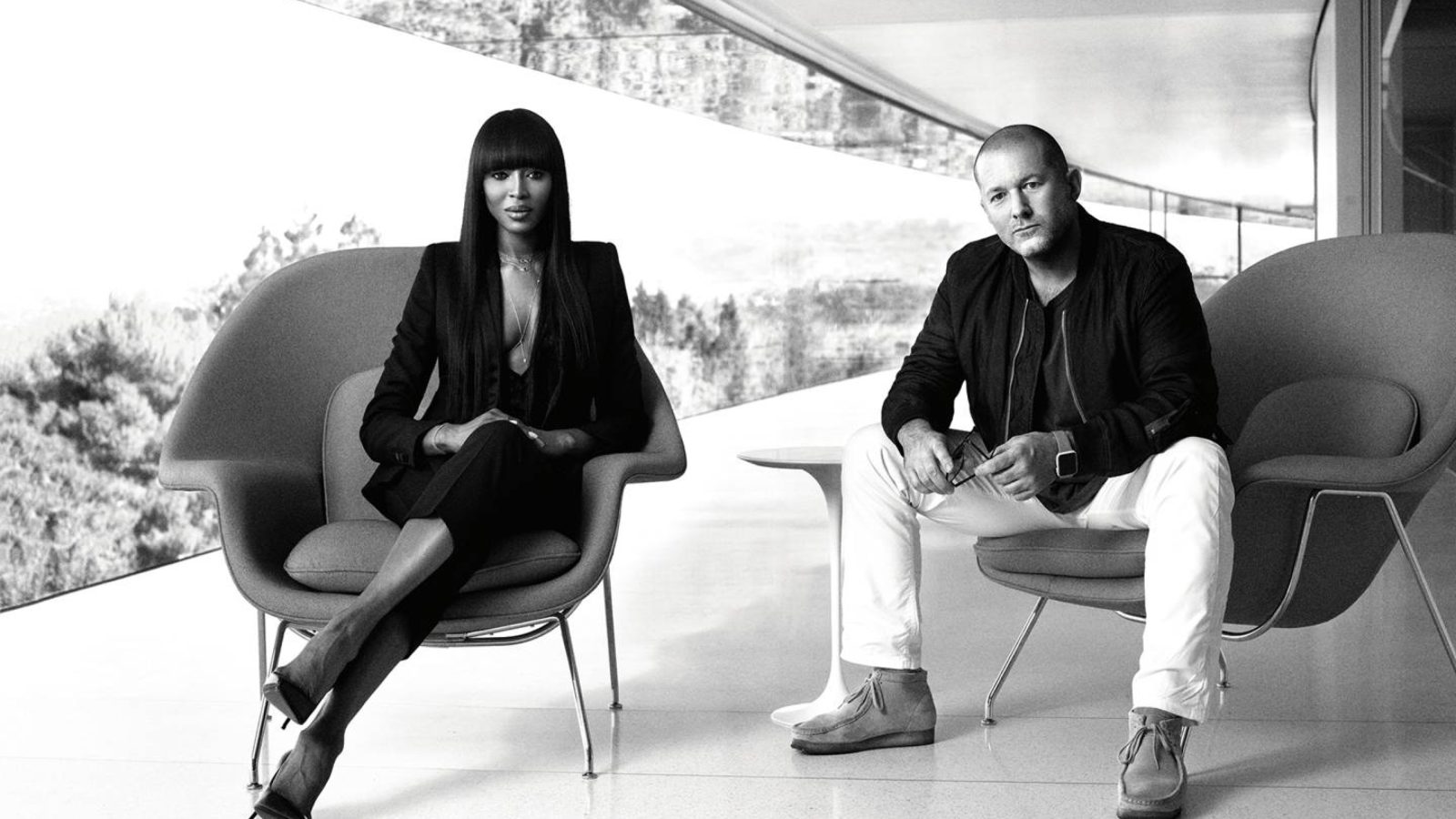 A new interview with Apple’s Chief Design Officer Jony Ive published this morning by Vogue sheds some light on Apple’s design process, the legacy of Steve Jobs, and an upcoming exhibition sponsored by Ive.

Sitting down at Apple Park with celebrated model, actress, and activist Naomi Campbell, Ive was questioned on a variety of topics connected to his personal relationship to design and the creative process. Speaking about his earliest memories of drawing and working with objects, Ive cites his father as a key figure:

“My father was a really good craftsman – he was a silversmith – so I grew up understanding how things were made. That’s something that’s easy to take for granted, but everything that has been made has been thought about, designed, and I think that growing up with an appreciation of the nature of objects was hugely influential to me.”

Ive also shared details regarding the guarded nature of his work at Apple, mentioning that he’s “stayed for months” in places where Apple makes their products. Notably, Ive adds that it’s not difficult for him to keep secrets about new products to himself:

“I don’t really see it as being secretive – if I’m working on something and it’s not finished, I don’t want to show somebody! One of the defining things about the nature of ideas is just how fragile they are: when you’re not sure whether some-thing is going to work, the idea is vulnerable. Part of protecting the idea is to be careful about who you show it to; premature criticism can shut something down that perhaps deserves more of a chance.”

Campbell also discussed a new exhibition Ive will be sponsoring at London’s Design Museum featuring the work of Azzedine Alaïa, a former award-winning Tunisian fashion designer. Ive previously designed a special iPad Pro and leather accessories for the museum when it relocated in 2016. The new exhibition will open this May and run into October. Ive talked about observing Alaïa’s work:

“He was the consummate craftsman. I loved the physical studio in which he worked, I loved the way, and how directly, he worked – his process. I was in utter awe watching him, and I loved that he let me watch. I thought that was so generous. It was incredible to see the way that he understood material, and the way he would be frustrated with material and so create new ones. And then these beautiful forms would emerge.”

The full interview at Vogue is an interesting peek into Ive’s life taken from a personal rather than technical perspective. This past December, Ive returned to his managerial role within Apple’s design team after the completion of Apple Park.