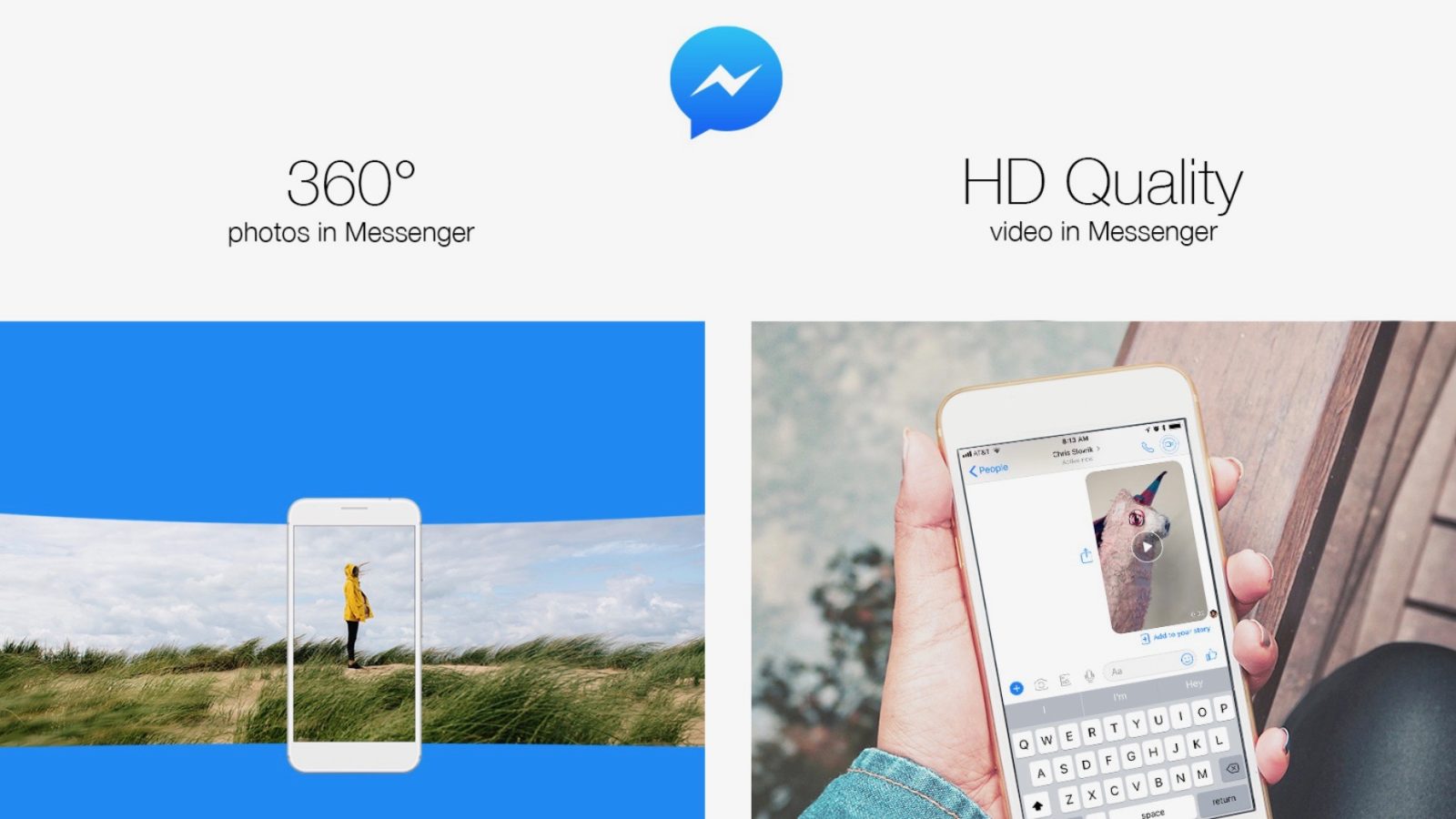 Facebook Messenger now lets you share 360-degree photos with your contacts. You upload them like any other photo, and the recipient can look around them simply by turning their mobile device from within the app …

Amazing 360 degree photos, and panoramic photos, will give you the ability to share more immersive views of your world – from stunning landscapes, to that coveted ocean view from your hotel room, or the way your new apartment looks – the world is your oyster now in Messenger […]

For 360 degree photos in Messenger, simply set your phone camera to panorama and snap a photo or capture a 360 degree photo using a 360 photo app or camera. Then share it in Messenger as you would a normal photo. From there, we’ll convert it to an immersive, envy-inducing photo that your friends and loved ones can experience on mobile by tapping and dragging the photo or by moving their phone, and on Messenger.com by clicking and dragging.

Facebook also says that you can share HD video, but this is for some odd reason limited to 720p rather than 1080p. Facebook may be trying to preserve bandwidth here, but I’m guessing most video clips shared in chat are going to be very short ones.

The social network says that 360-degree photos are available worldwide, while HD video sharing is available in a limited number of countries for now.

Facebook first started converting iPhone panoramic photos into 360-degree ones in the main app back in 2016, but it’s taken almost two years to bring the feature to Messenger.

If you’re interested in capturing 360-degree video too, check out my recent review of the Insta360 ONE camera.