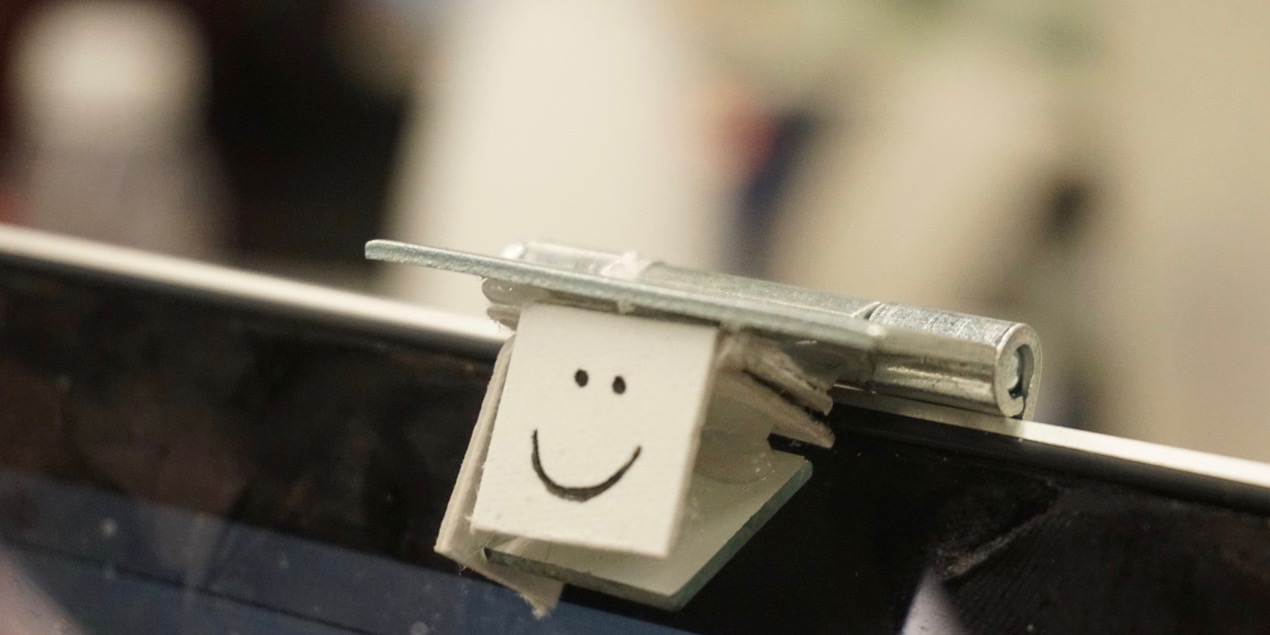 While Apple has long resisted the idea of a touchscreen Mac, a clever solution from a group of developers gives an existing Mac touchscreen capabilities. The proof of concept is called “Project Sistine” and is based on $1 worth of hardware…

Developed by Anish Athalye, Kevin Kwok, Guillermo Webster, and Logan Engstrom, the solution requires a small mirror, rigid paper plate, door hinge, and hot glue. All of these parts are then assembled, a process which the team says takes just a few minutes, and put on the top of the Mac near the camera.

Essentially, by retrofitting a small mirror in front of the webcam, the camera can look down and tell when your finger touches the display:

The basic principle behind Sistine is simple. Surfaces viewed from an angle tend to look shiny, and you can tell if a finger is touching the surface by checking if it’s touching its own reflection.

Our idea was to retrofit a small mirror in front of a MacBook’s built-in webcam, so that the webcam would be looking down at the computer screen at a sharp angle. The camera would be able to see fingers hovering over or touching the screen, and we’d be able to translate the video feed into touch events using computer vision.

Project Sistine uses image processing and calibration technology to track when a finger is touching and moving on a display, translating them into on-screen interactions.

Currently, the team behind Project Sistine says the tool translates hover and touch into mouse events, thus making all existing applications touch-enabled. Furthermore, the team says that some basic changes, such as higher-resolution webcams and curved monitors, could further improve the tool, perhaps turning it into a “practical low-cost touchscreen system.”

Much more information can be found on Anish Athalye’s website here.