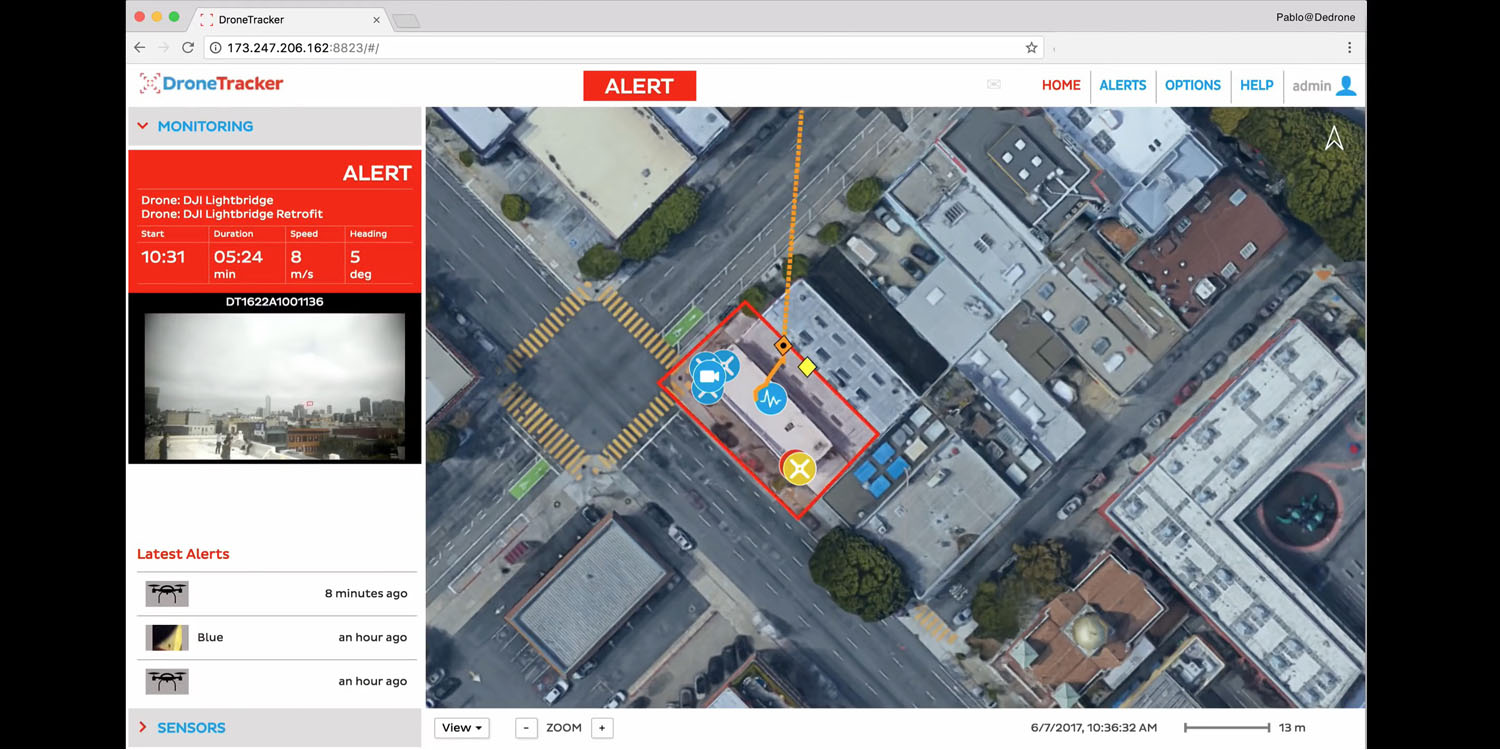 A drone pilot who has been making regular flights over Apple Park says he believes that the company is tracking all flights over the campus, and thinks it’s only a matter of time before counter-measures are used to block future flights …

Duncan Sinfield made the comments in a new video posted today (below), noting that it usually takes Apple security no more than ten minutes to reach him, no matter where his take-off point is.

This is an extended length video, it’s only a matter of time until the campus becomes shut-off to drones completely… with a geo-fence, or something similar. Security at Apple Park generally responds in two white Prius’s to my precise take-off locations in 10 minutes or less.

While this is speculation, my instincts tell me that Apple is tracking all drones in the vicinity of the campus with sophisticated radio frequency technology from companies such as Dedrone (a San Francisco-based aerospace security company).

With many employees already having moved in, and Tim Cook meeting some VIP guests there, boosting security does seem likely.

Dedrone describes itself as a platform that ‘detects and protects against drone-based threats.’ It uses AI to analyze footage from surveillance cameras, not only distinguishing drones from other objects in the sky, but even identifying the model.

DroneDNA is a machine learning system and classification engine that recognizes drones of all kinds. Trained on millions of images and data points, it can distinguish between different drone models, and detect the difference between drones and other moving objects such as birds, planes, or other objects. DroneDNA signatures are continually updated via the cloud, enabling the Dedrone system to be always up-to-date to protect against the latest threats.

It then uses both video and radio signal processing to locate the pilot.

Using advanced video analysis or RF signal processing, localization technology pinpoints the locations of drones and their pilots, plotting them on an integrated map, enabling users to find the source of drone-based threats.

The company says that Dedrone can be integrated with 3rd-party systems to block drone flights.

DroneTracker integrates with your existing security system. Surveillance cameras or 3rd-party counter-measures such as automatic blinds, fog bombs, or jammers are easily connected via the API.

Sinfield says that his approach has always been to land his drone and leave the area as soon as he is asked to do so.

The six-minute video shows that landscaping work within the main spaceship building appears to be complete bar more tree-planting, while there is earth-moving equipment still at work elsewhere on the campus.

Drones were recently used to smuggle $80M of iPhones from Hong Kong to mainland China.