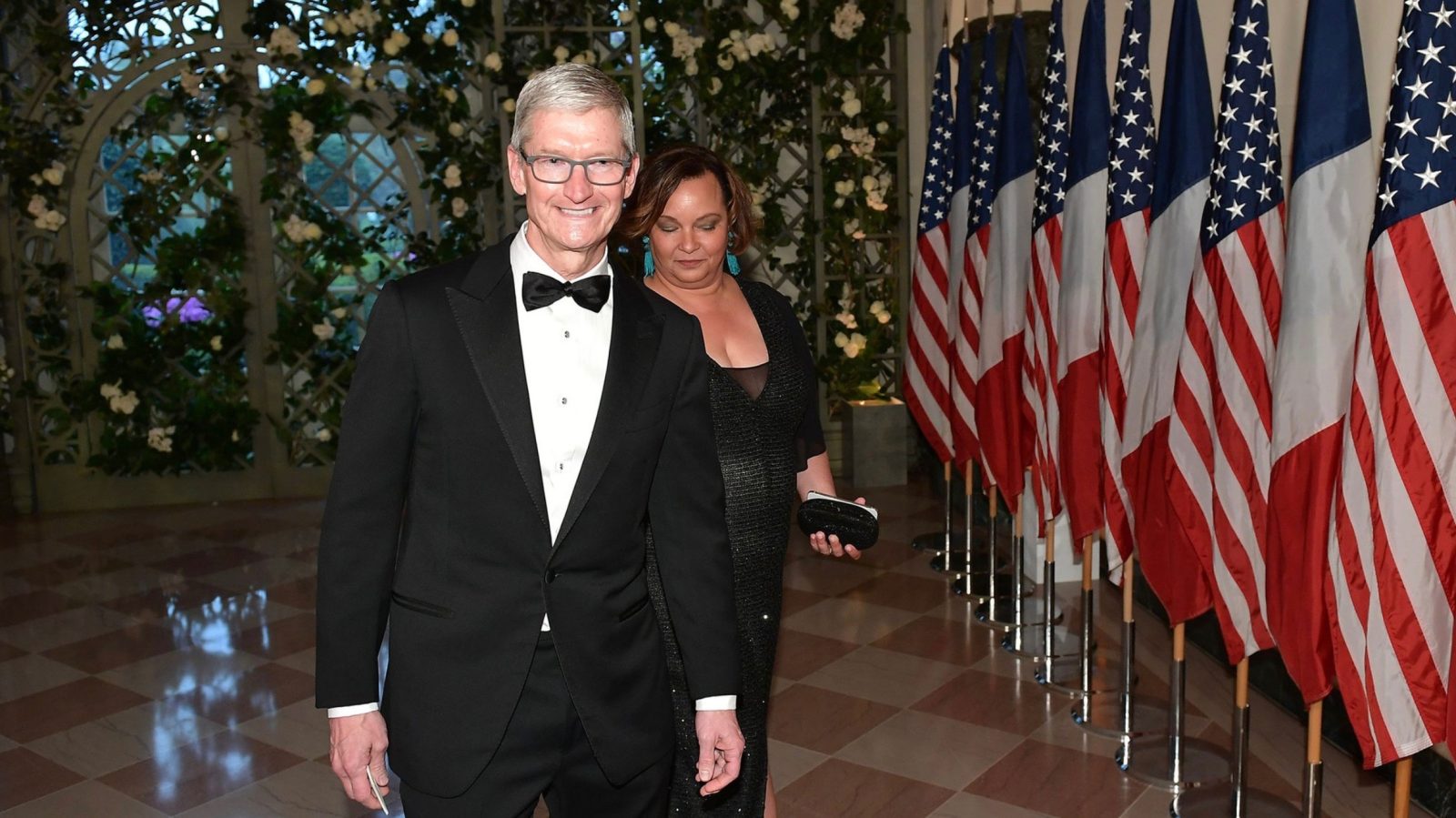 Following his attendance at France state dinner this evening, Tim Cook is now set to have a private meeting with President Donald Trump tomorrow. The meeting, according to Trump’s schedule, will be closed to the press and held in the Oval Office…

Tomorrow’s meeting won’t be the first time Cook and Trump have conversed. Cook was among a handful of tech executives who attended a panel about modernizing the United States government last year.

Cook and Trump have sparred on a slew of issues, with the Apple CEO repeatedly denouncing legislation around immigration, environmental policy, and other topics. However, Cook did praise the “corporate side” of Trump’s tax reform, saying it will result in “job creation and a faster growing economy.”

Apple announced in January that it will invest $350 billion in the United States economy over the next 5 years, a move praised by Trump himself.

“I promised that my policies would allow companies like Apple to bring massive amounts of money back to the United States. Great to see Apple follow through as a result of TAX CUTS. Huge win for American workers and the USA!,” Trump tweeted at the time.

While some are quick to criticize Cook mingling with Trump and other Washington D.C. elites, the Apple CEO has said in the past that you can’t change things by simply sitting on the sidelines and yelling.

“Personally, I’ve never found being on the sideline a successful place to be. The way that you influence these issues is to be in the arena. I think it’s very important to do that because you don’t change things by just yelling. You change things by showing everyone why your way is the best. In many ways, it’s a debate of ideas.”

We’ll be sure to keep updated if details about Trump’s closed press meeting with Cook emerge.

Update: President Trump has shared that the meeting will focus on trade issues:

Looking forward to my meeting with Tim Cook of Apple. We will be talking about many things, including how the U.S. has been treated unfairly for many years, by many countries, on trade.

JUST IN: Apple CEO Tim Cook arrives at the White House for meetings, including one with President Trump this afternoon. pic.twitter.com/KbZDxD20G4