20 years of iMac: Behind the scenes of Apple’s ‘Simplicity Shootout’ video 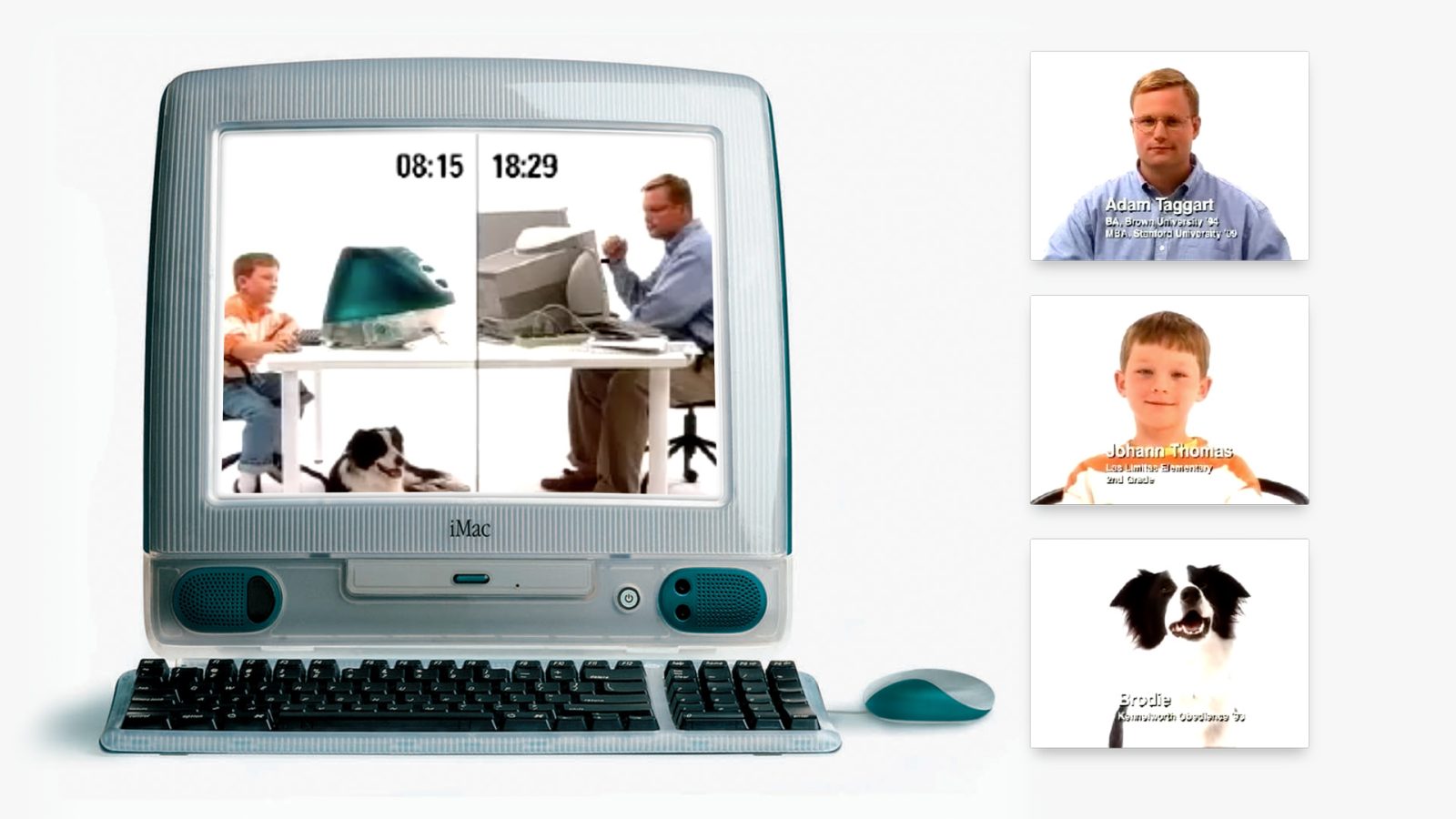 Twenty years ago this Sunday, Apple introduced the first iMac to the world, a radically inventive computer that reshaped the consumer market and helped re-establish Apple as the industry leader in design and usability. Yesterday, we documented the iMac’s design evolution from 1998 through today.

Wanting to promote the original iMac’s ease of use, Apple created a short marketing film titled Simplicity Shootout. To celebrate the iMac’s anniversary, 9to5Mac talked to the stars of the ad to find out how the film came about, the experience of seeing the iMac for the first time, and if today’s Macs would still win in a modern-day “Simplicity Shootout.”

Between the time of the iMac’s unveiling in May and its release later that August, Apple geared up what was at the time their largest marketing campaign in company history. An estimated $100 million was spent in 1998 to promote the iMac.

The premise of Simplicity Shootout was to demonstrate that the iMac was so easy to use that a child could set one up faster than an MBA student could assemble a competing PC. The three and a half minute ad premiered at Macworld Expo 1998, where the film was introduced onstage by Steve Jobs.

The stars of the ad were 26-year-old Adam Taggart, an MBA student at Stanford, and 7-year-old Johann Thomas, an elementary school student. Adam was tasked with setting up an HP Pavilion 8250 desktop, and Johann was given an iMac. Helping Johann was a dog, Brodie. After starting a timer, each was challenged to set up their computer and see how long the set up process took. Somewhat comically, the iMac won by a large margin – giving Johann enough time to check his stock portfolio while Adam struggled to activate Windows 95.

Adam, now 46, and the co-founder of a website focused on the economy and issues of resource depletion, recounted the story of how he became involved with the ad. “The woman I knew who worked at the creative agency had recently started dating one of my roommates.” Adam’s connection to CKS was Gina Bianchini, the group’s Director of Business Development at the time. She would later co-found the website Ning with Marc Andreessen. “[The agency] said ‘Hey, we’re going to shoot this commercial this summer, and we’re looking for someone who can pass as an MBA-type, do you know anybody?’ She said, ‘Well, I don’t know any actors, but I know an actual MBA. Would he work?’” 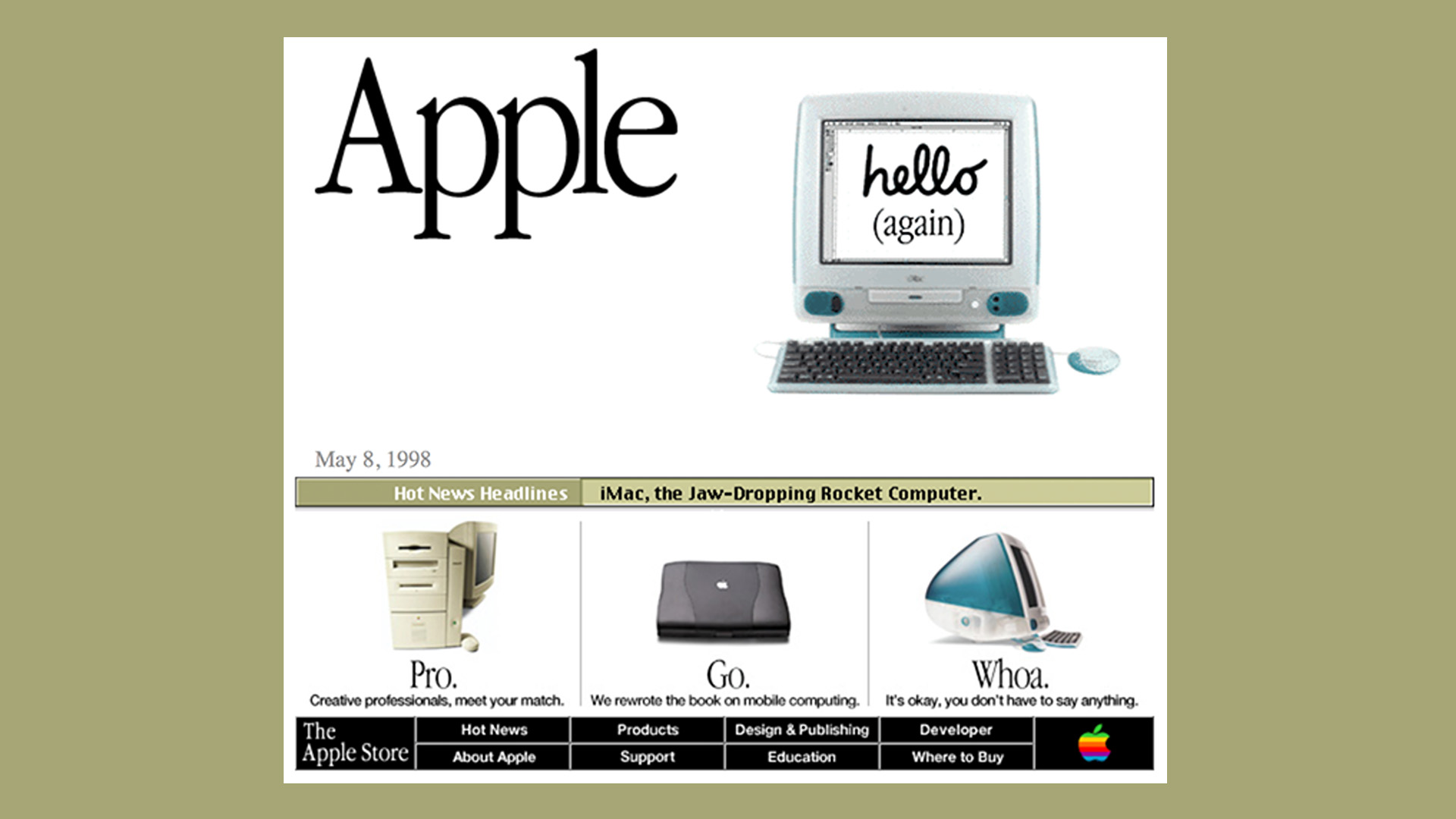 Apple.com promoting the original iMac in 1998.

Adam says he was invited in, quickly accepted for the role, and given a date for filming. Johann, now a 27-year-old landscape designer, had a different experience. “Apple was holding auditions for a commercial, but the product was unknown,” he recalls. “I was asked to come audition for the part and was surprised how much they wanted to know about me vs. repeating a script. They were pleased to find out that I was training five days a week for the Gymnastics Junior Olympics and was wearing a “chess champions” t-shirt. The only requirement they had was pulling an old Macintosh LC from a cardboard box. I remember the casting team gasping and applauding at how effortless it looked lifting that old Macintosh.”

Neither Adam nor Johann were shown the iMac until the day of the shoot. Johann remembers seeing the new computer for the first time. “It was vastly different from anything I’d ever seen before. In fact, I vividly remember doubting that it was a computer at all.” To make the ad as realistic as possible, Apple gave the actors little guidance or instruction ahead of time. “I remember it as mostly one take,” says Taggart. “We might have done it twice. But it wasn’t like I was doing a step and they filmed me doing that same step 10 times. The actual time was pretty real.” Johann recalls a similar process. “Little imperfections like fumbling to feel the kickstand were encouraged because they didn’t want it to read as a highly produced infomercial.”

Apple’s marketing for the original iMac promoted how simple it was to get online.

A winter break side job at Brown University in the 90s gave Taggart experience in disassembling and cleaning PCs. Although his set up time for the PC was 27 minutes and 39 seconds – more than three times longer than it took to get on the internet with the iMac, Taggart is still proud of his time today. “I would challenge anybody to take that thing out of the box and beat my time.”

After filming was over, neither Adam nor Johann heard much about the project until it started being shown online and at retailers. “I started getting emails and phone calls from friends from the east coast saying ‘I’m at a CompUSA and here you are in aisle 12 running on the computer,’” noted Taggart. “I did request taking an iMac home with me, but they declined,” added Johann. Adam was able to keep the clothes from the film. 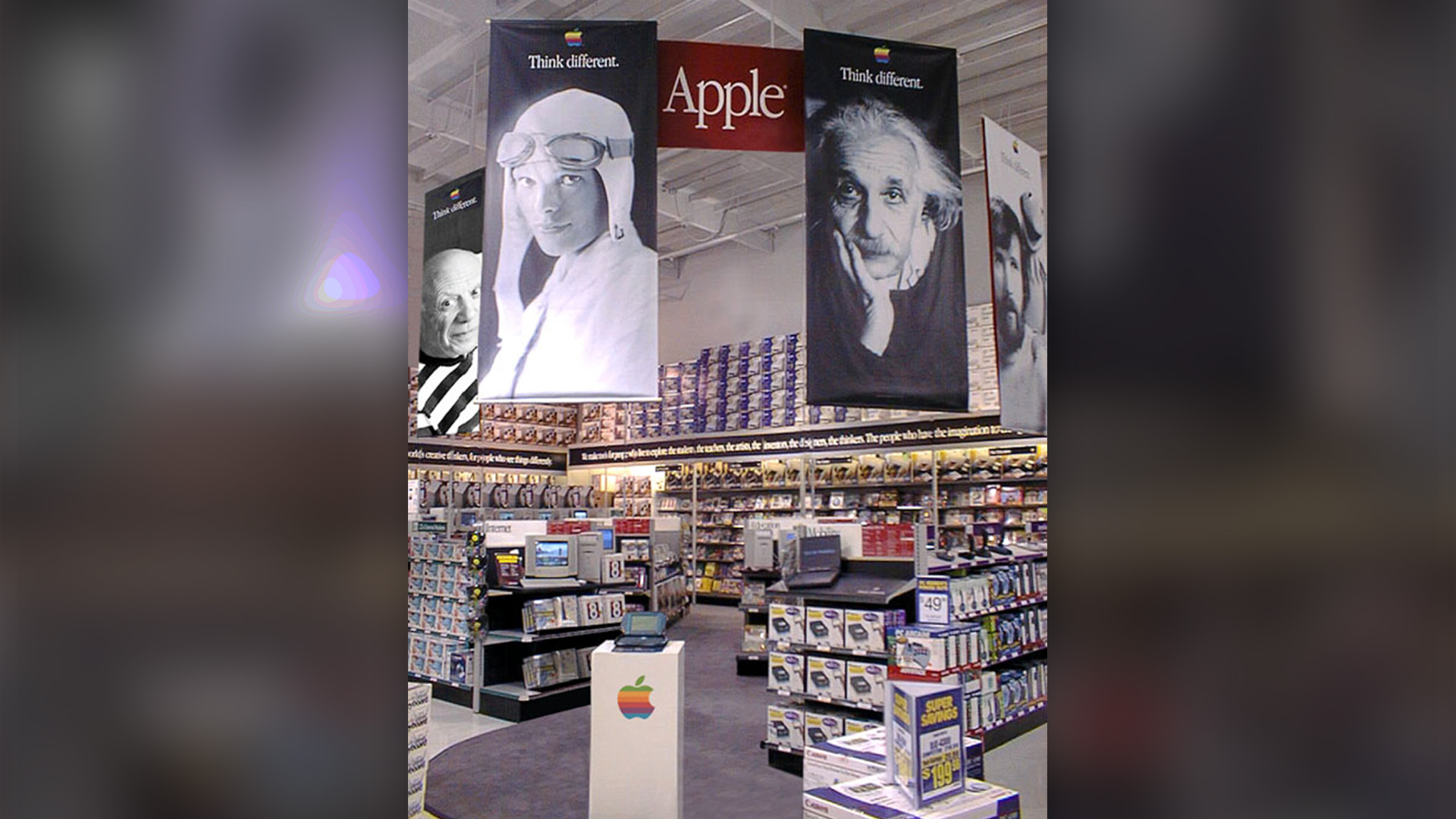 Simplicity Shootout became an instant hit after being shown at Apple’s keynote. Although the ad came long before the days of viral videos on YouTube, Apple shared the ad on a dedicated company webpage.

Later, Taggart remembers meeting Steve Jobs in person. “He came to the campus [at Stanford] and spoke to the whole school. I took the courage to walk up and introduce myself to Steve right before he went on stage. I said ‘Hey Mr. Jobs, sorry to interrupt you but I just wanted to say I’m the guy from the Simplicity Shootout.’ And he went ‘Oh yeah!’ So I got to have my little moment with Steve Jobs there bonding over the Simplicity Shootout video.”

Today, both Adam and Johann are Apple fans. Johann’s favorite product is the 12.9-inch iPad Pro, which he uses in his work for sketching designs, sharing layouts, and creating renderings. Adam hasn’t touched a PC in 10 years. Both agree that Macs would still win in a modern-day Simplicity Shootout. “I think any kid growing up in the 90s lived through a transformative moment in human interaction with computers,” Johann reflected. “No device better symbolizes that renaissance than the original iMac. I’m humbled to have played a small role.”

For more on the iMac’s 20th anniversary, check out our look at the computer’s design evolution.