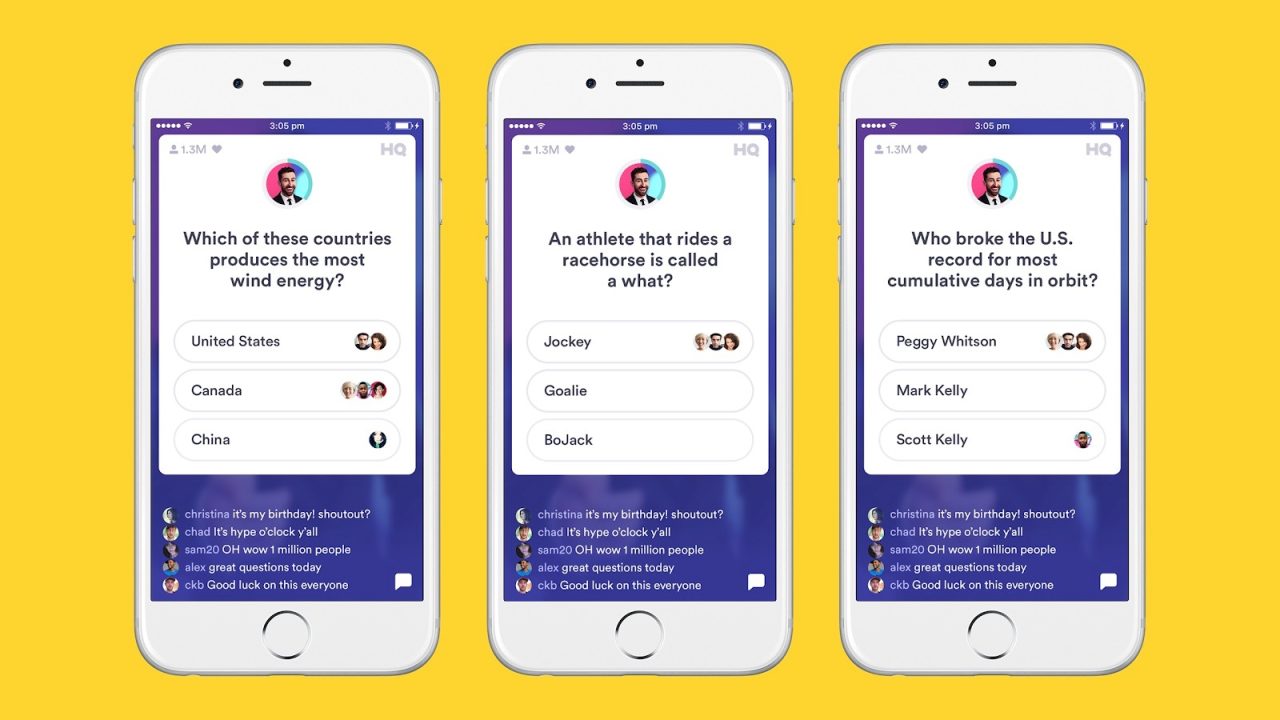 After gaining a handful of new social features earlier this year, live game show HQ Trivia is getting even more social beginning this week. The company announced today that starting this week, users will be able to see their friends’ answers during Friday games…

The new answer sharing feature is based around last month’s announcement of adding friends in the HQ Trivia app, which can be done either via connecting your address book or searching by username. Once a user has added friends on HQ Trivia, they will be able to see their answers during games.

Essentially, this means that as the 10 second clock ticks down, you can see your friends’ answer choices in real-time, which could be a major help if you happen not to know the answer to a question. HQ Trivia explains that this feature will only be available during games on Fridays, however, so you won’t be able to rely on your friends all of the time.

In addition to answer sharing, HQ Trivia is adding a new Nearby Friends feature that will allow users to see players physically around them who are in the same game as them. This means that if you’re playing in a public place, you can see other HQ Trivia players who are physically near you.

HQ says that the goal of both of these features is to give everyone the feeling that they’re playing with a crowd:

HQ understands the power of the crowd and playing together – the goal is to spread that power to people who maybe aren’t playing in the office together.

HQ Trivia is a free download on the App Store, with games live everyday at 9PM ET and weekdays at 3PM ET.