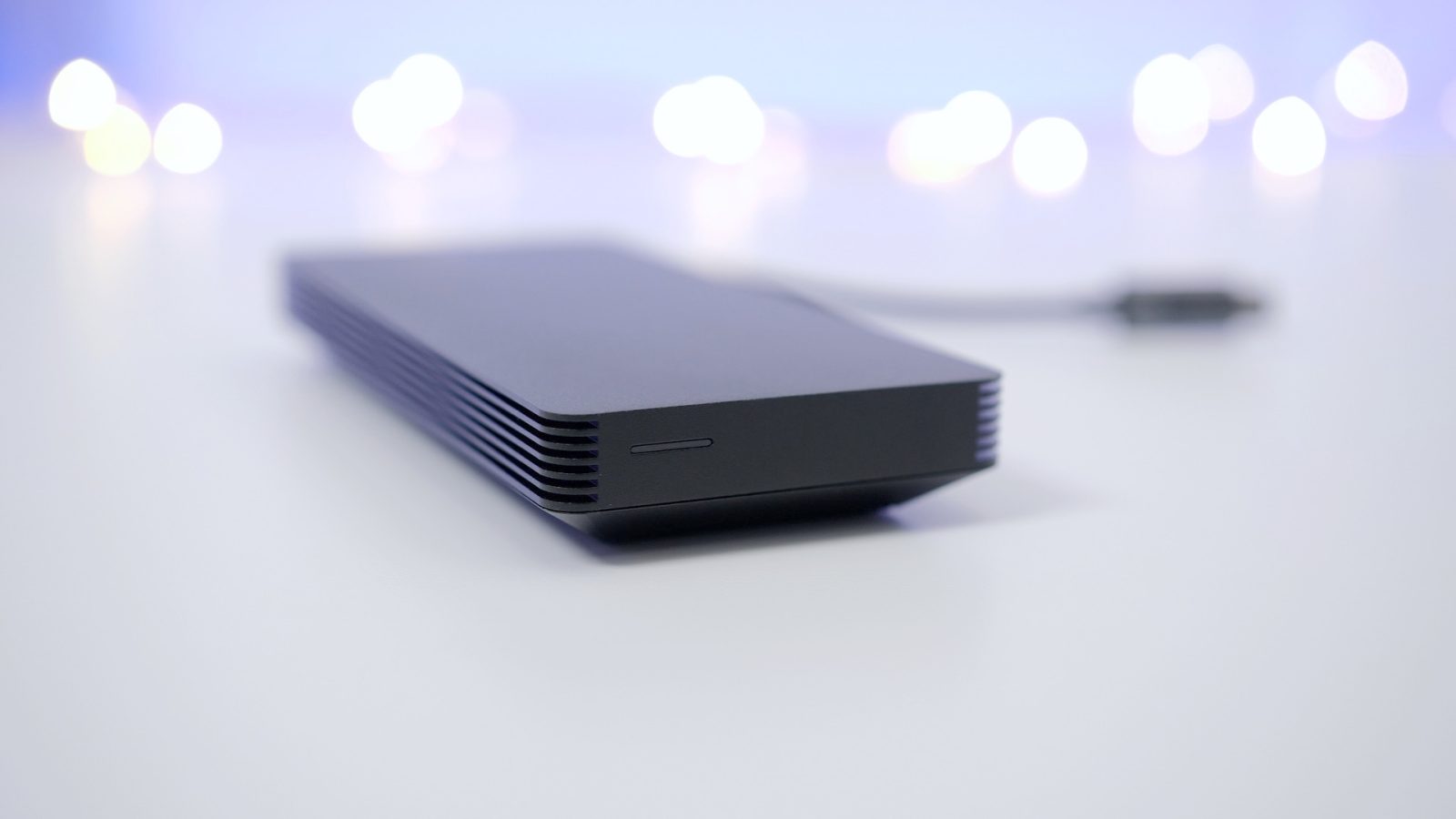 We’re a few years into the Thunderbolt 3 era, and now it’s finally beginning to seem like we have a wealth of peripheral options for the speedy I/O. OWC sent us its Envoy Pro EX SSD, one of the latest Thunderbolt 3-enabled accessories aimed at MacBook Pro users. It brings with it fast bus-powered performance at a friendly price point.

Starting at $249.99 for 250GB, the Envoy Pro EX is also available in 500GB and 1TB varieties. Is the OWC Envoy Pro EX worth considering? Watch our video walkthrough as I take the 1TB version for a test drive.

Although machines like the 2017 iMac and the iMac Pro are equipped with Thunderbolt 3 ports, the most obvious companion to small external bus-powered external drives like the Envoy Pro EX is the MacBook Pro. While it’s possible to configure a MacBook Pro with 2TB of internal PCIe storage, I imagine that most MacBook Pro users have machines with 512GB of storage or less.

With that said, it makes sense to consider an external storage solution, and with the available throughput of Thunderbolt 3, performance differences between the internal PCIe-based storage and external storage isn’t as massive as it used to be. 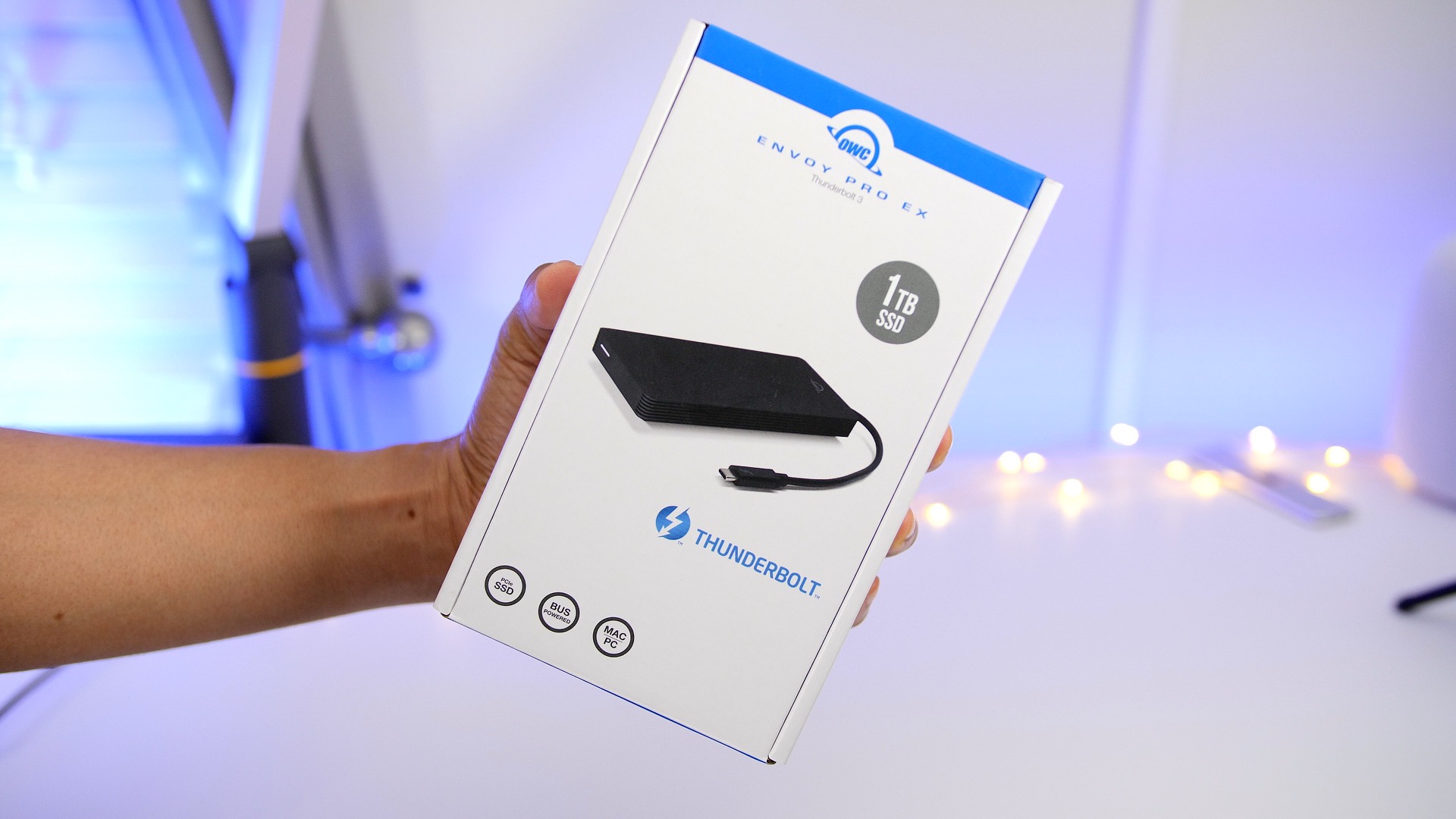 With travel and portability in mind, the Envoy Pro EX is small and pocketable. Measuring just 5.6- x 2.6- x 0.8-inches, and with a weight of only 9.6 oz, the Envoy Pro is extremely easy to take with you anywhere you go. 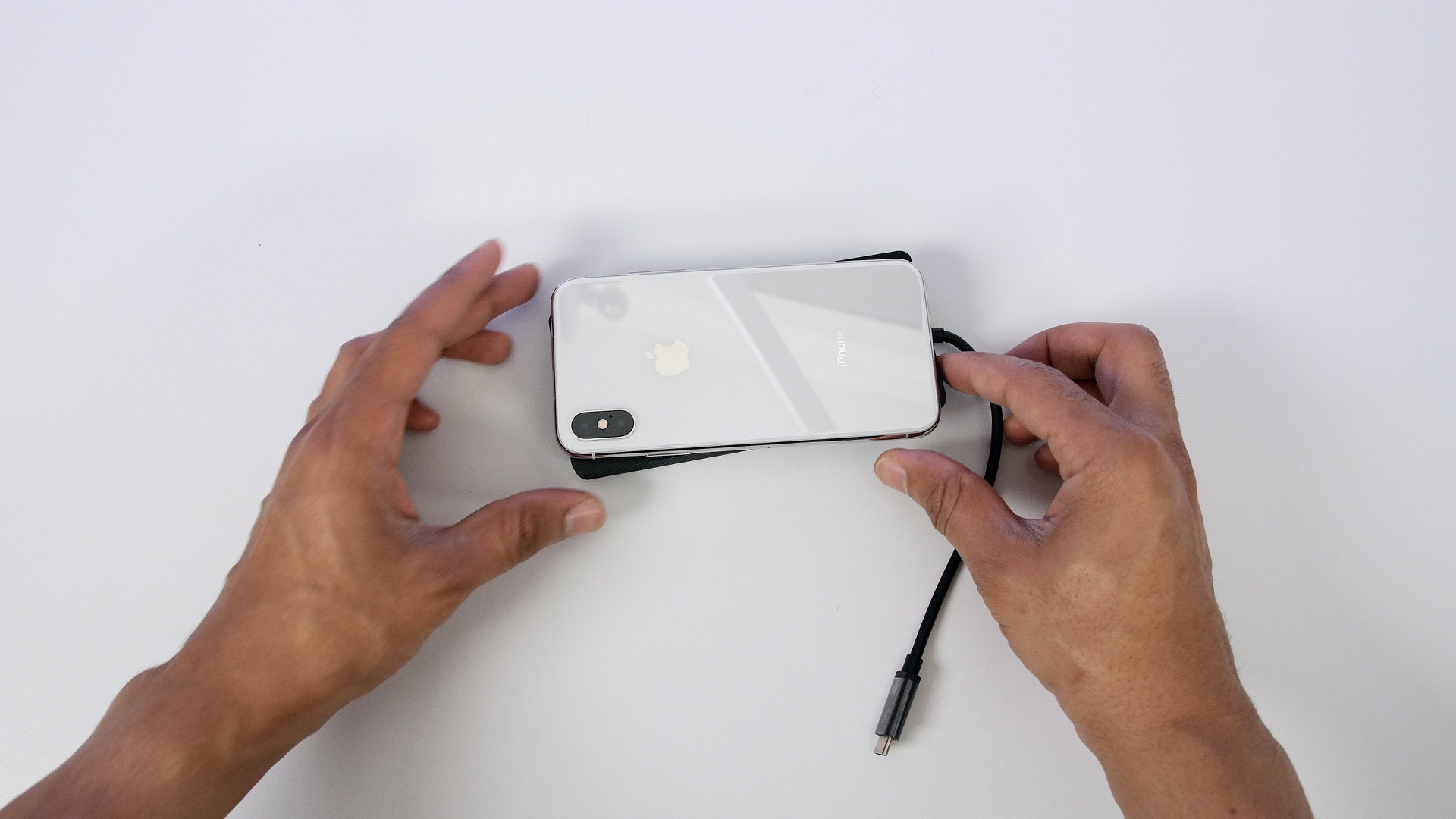 Because the drive is bus-powered, there is no bulky power supply to worry about, simply plug it in to a Thunderbolt 3 port and it’s ready to go. The Envoy Pro EX ships with a built-in captive Thunderbolt 3 cable, which may not appeal to everyone, but I think it’s ideal to not have to worry about packing along a cable when traveling. The cable is half-a-foot in length, which should be long enough for most users. 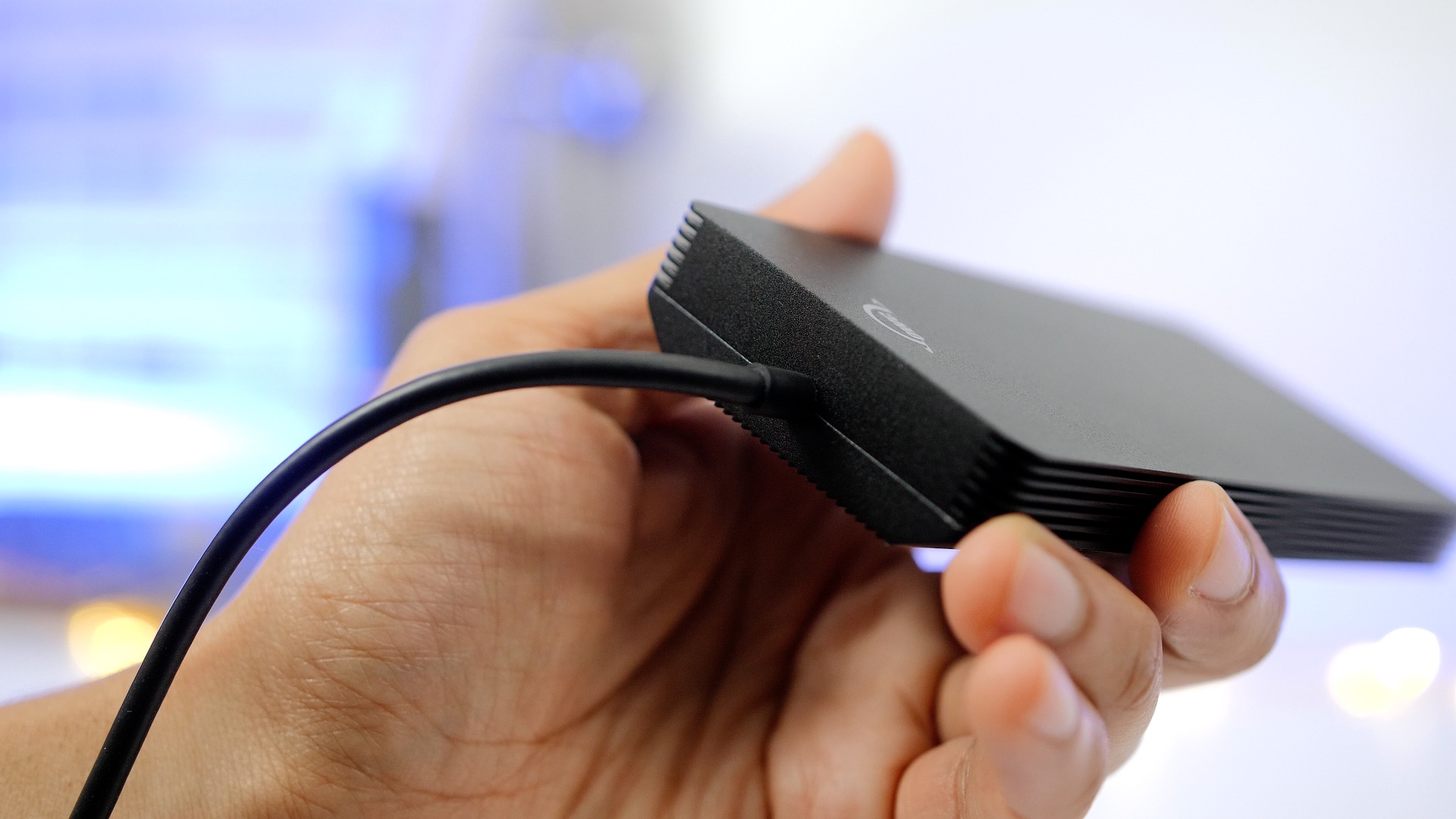 OWC includes a carrying bag in the box, and provides users with a 3-year limited warranty. The all-aluminum enclosure is fairly rugged, however, so it should be able to stand up to the perils of travel relatively well. The enclosure is basically one giant heat sink, which means it doesn’t need any sort of fan mechanism to keep it cool. In other words, there are no moving parts, which means dead silent operation. 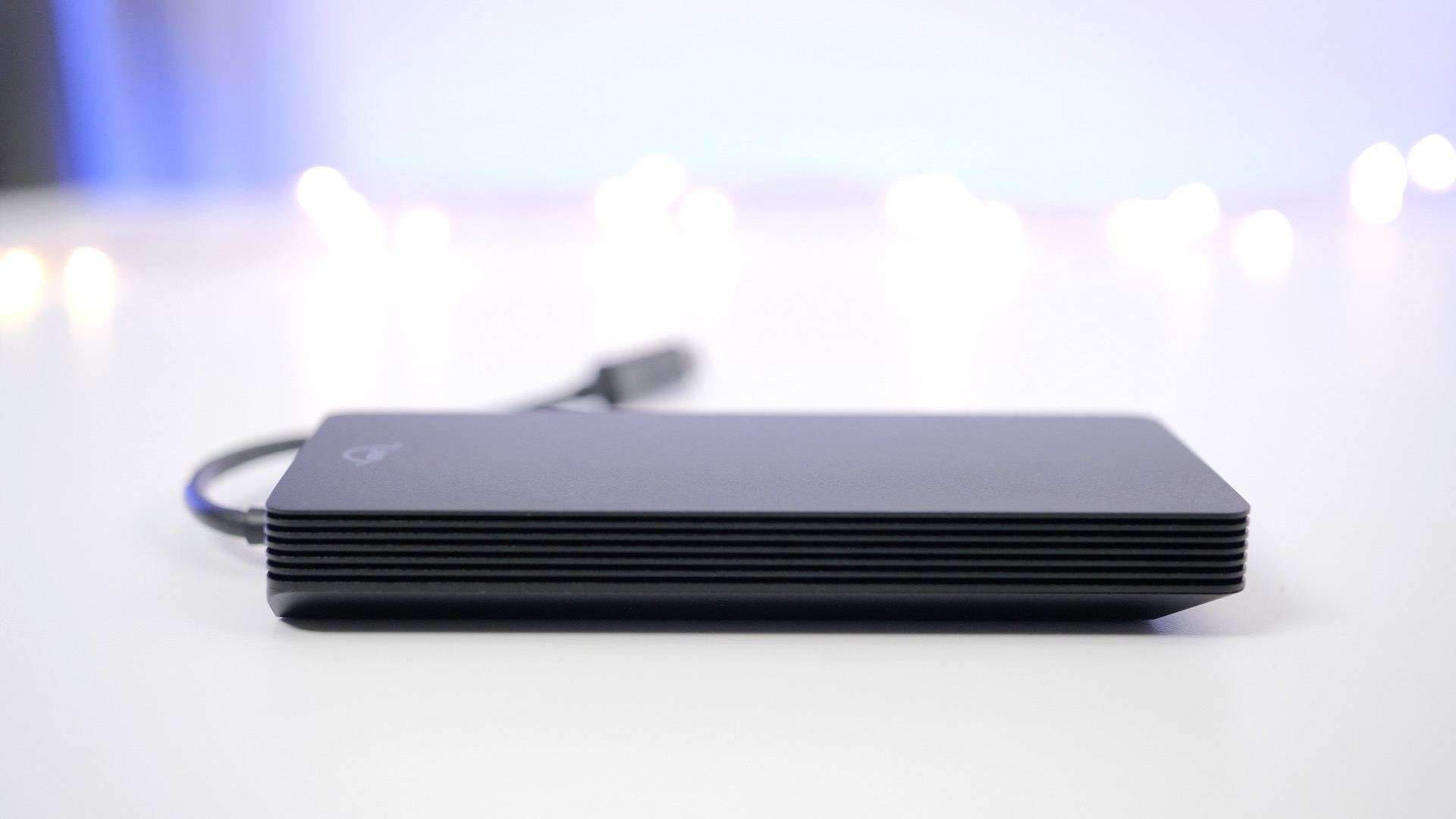 The one complaint that I have with the chassis is one that I often complain about with these sorts of devices — an overly bright LED indicator light that can’t be disabled. I still don’t get why manufacturers continue to design their products with these annoying distractions, but alas, there’s no sign of it stopping any time soon. 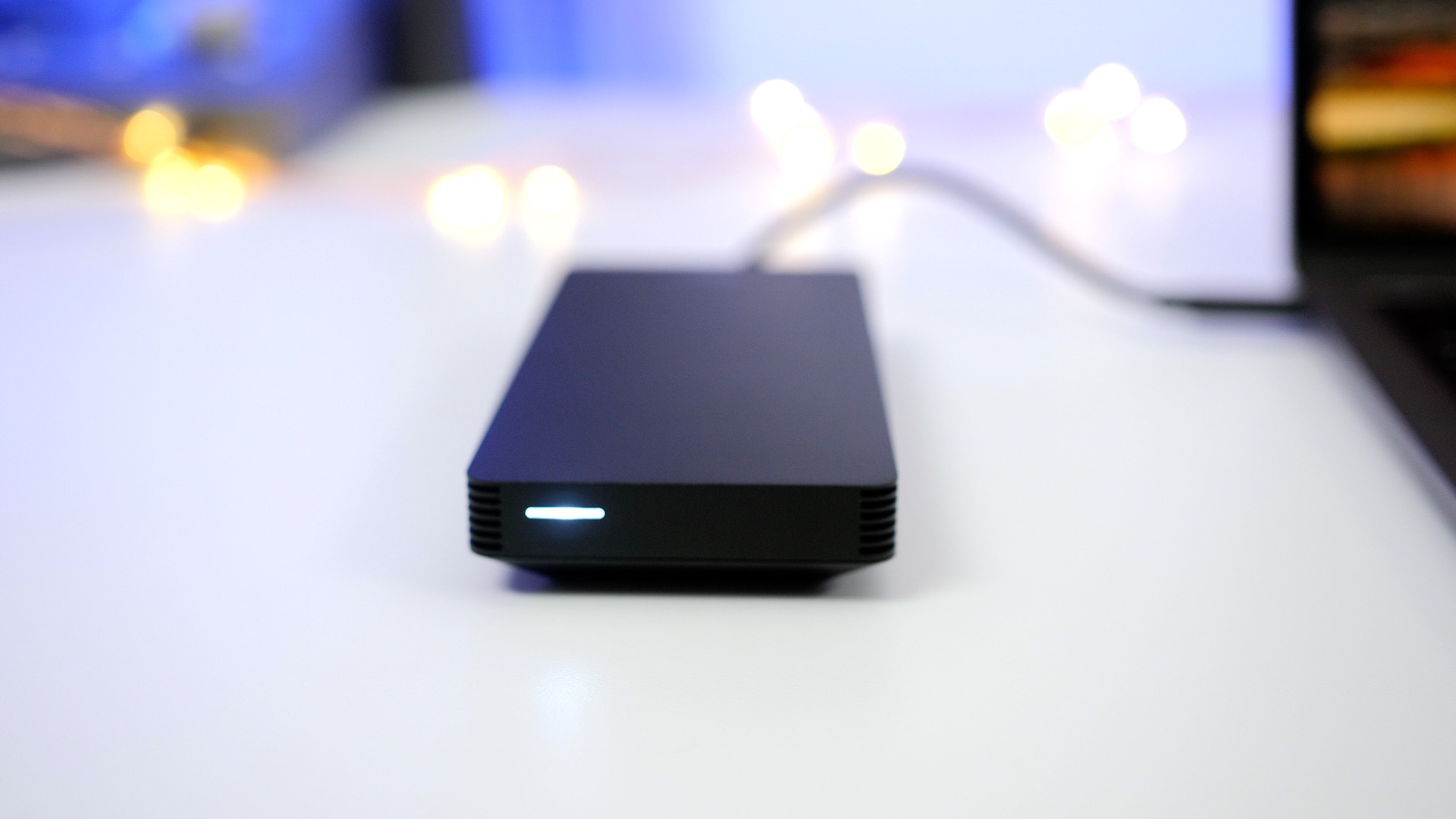 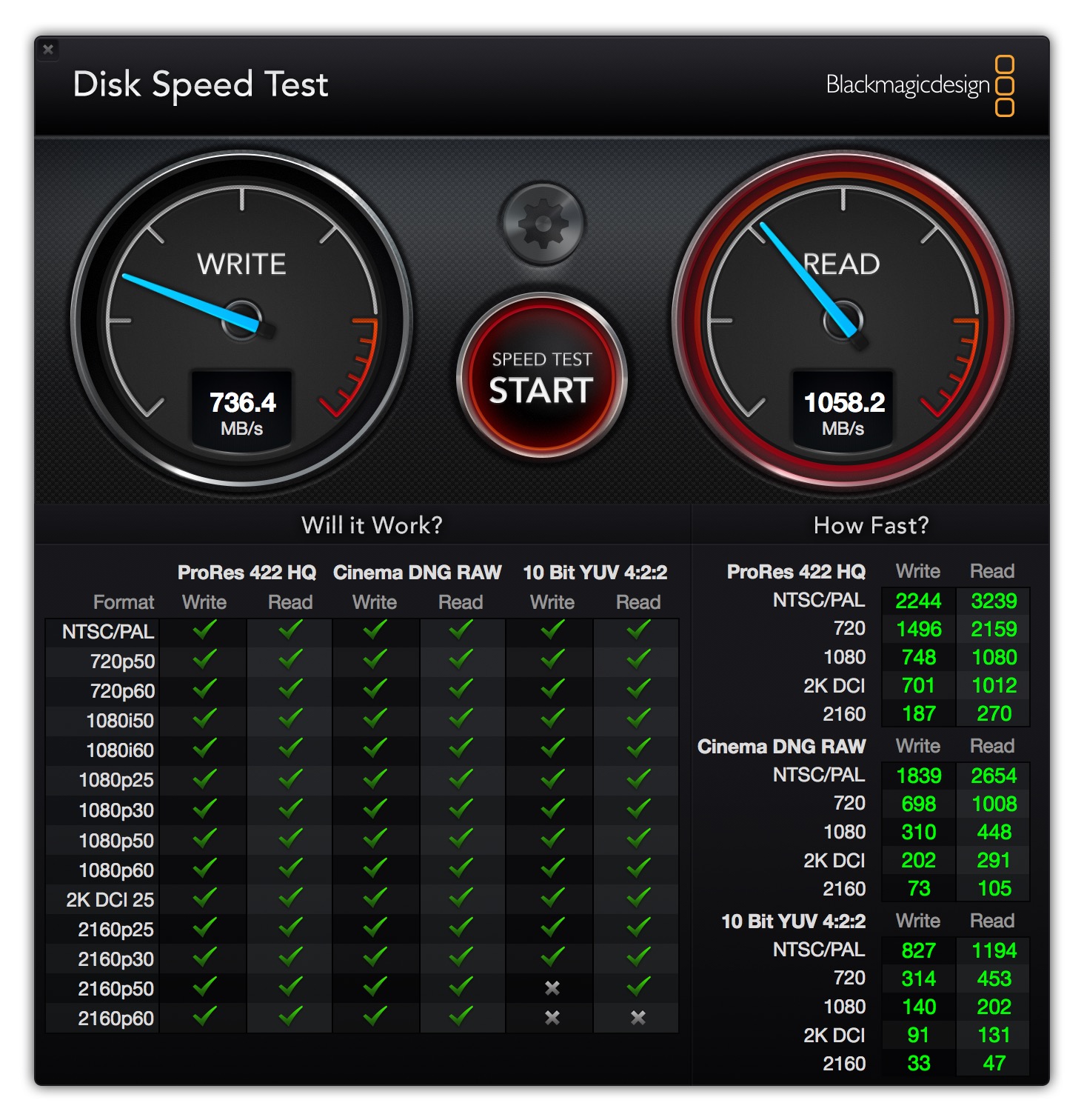 Obviously these speeds don’t get close to the MacBook Pro’s internal NVMe SSD, but considering the price, they are respectable. 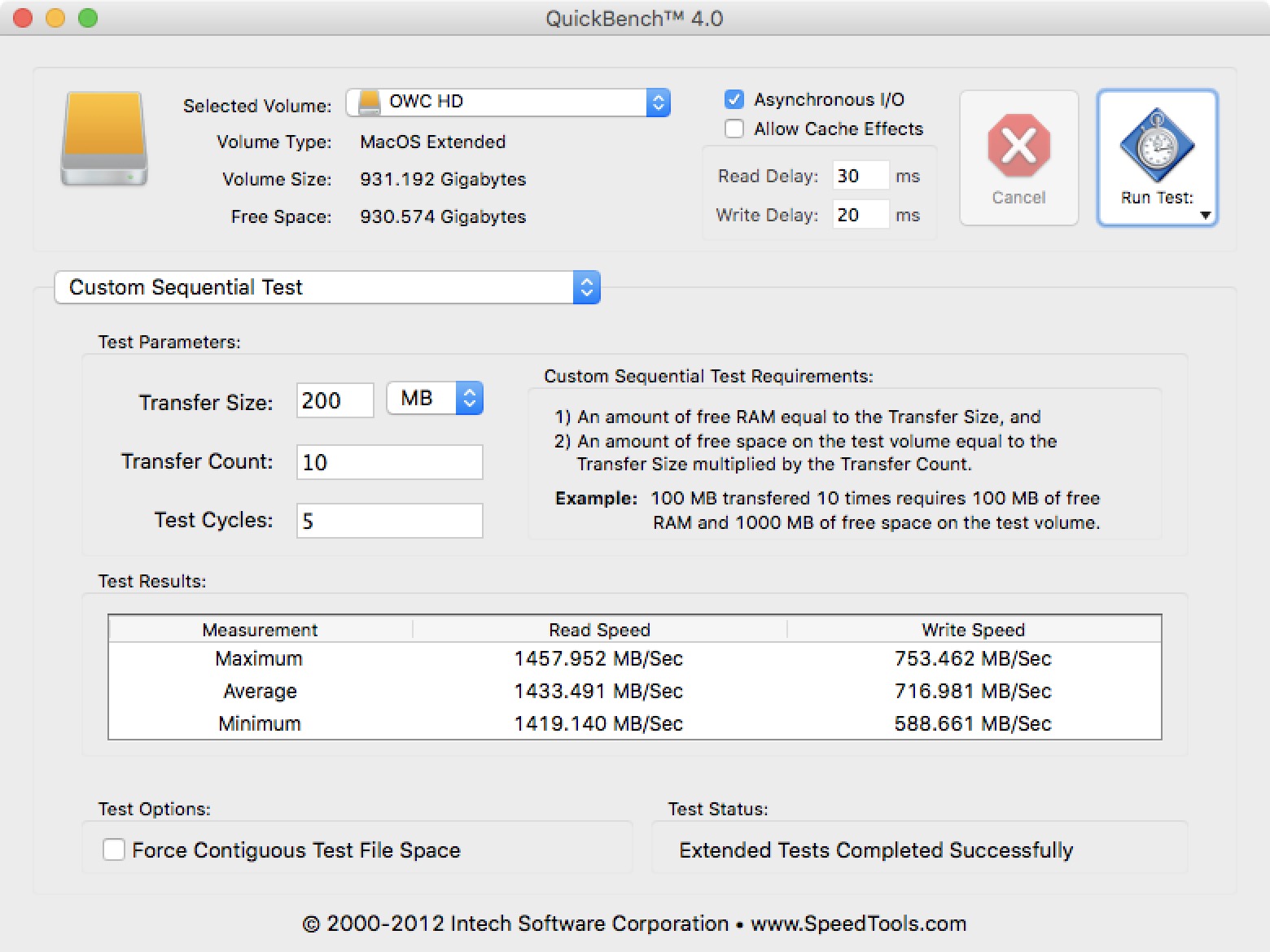 Based on its performance, the OWC Envoy Pro EX fits well in the upper-middle tier of the external SSD spectrum. Drives like the USB 3.1 gen 2-powered Samsung T5 are cheaper per gigabyte, but the performance is also notably slower.

On the other end of the spectrum, Sonnet’s Fusion Thunderbolt 3 SSD (currently on sale) is the fastest drive we’ve tested in-house thus far, but also demands a much higher price. With this in mind, the OWC Envoy Pro seems like the ideal drive for those wanting high performance, but don’t necessarily want to break the bank. But if you don’t need the extra speed, you’d be better served by the smaller and cheaper Samsung T5. 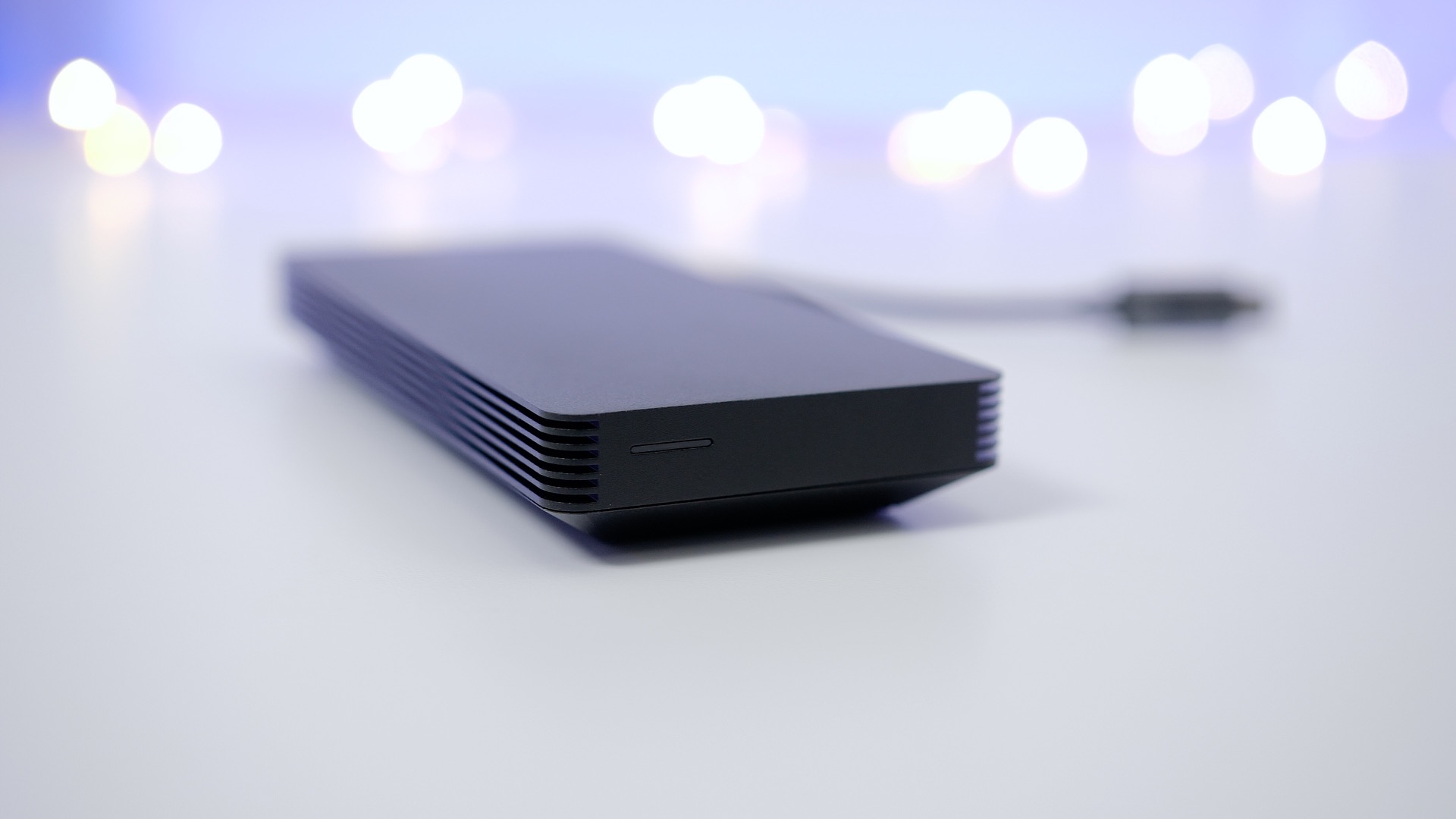 You can purchase all flavors of the OWC Envoy Pro EX from Amazon. OWC also makes faster versions of the Envoy Pro EX for those that need one of the fastest bus-powered Thunderbolt 3 drives that money can buy. The faster Envoy Pro EX (VE) models seem to compete directly with Sonnet’s Fusion SSD, reaching speeds of up to 2600MB/s. These drives come in 1 and 2TB varieties, and demand a higher price.

What are your thoughts on the Envoy Pro EX? Feel free to sound off in the comments down below.