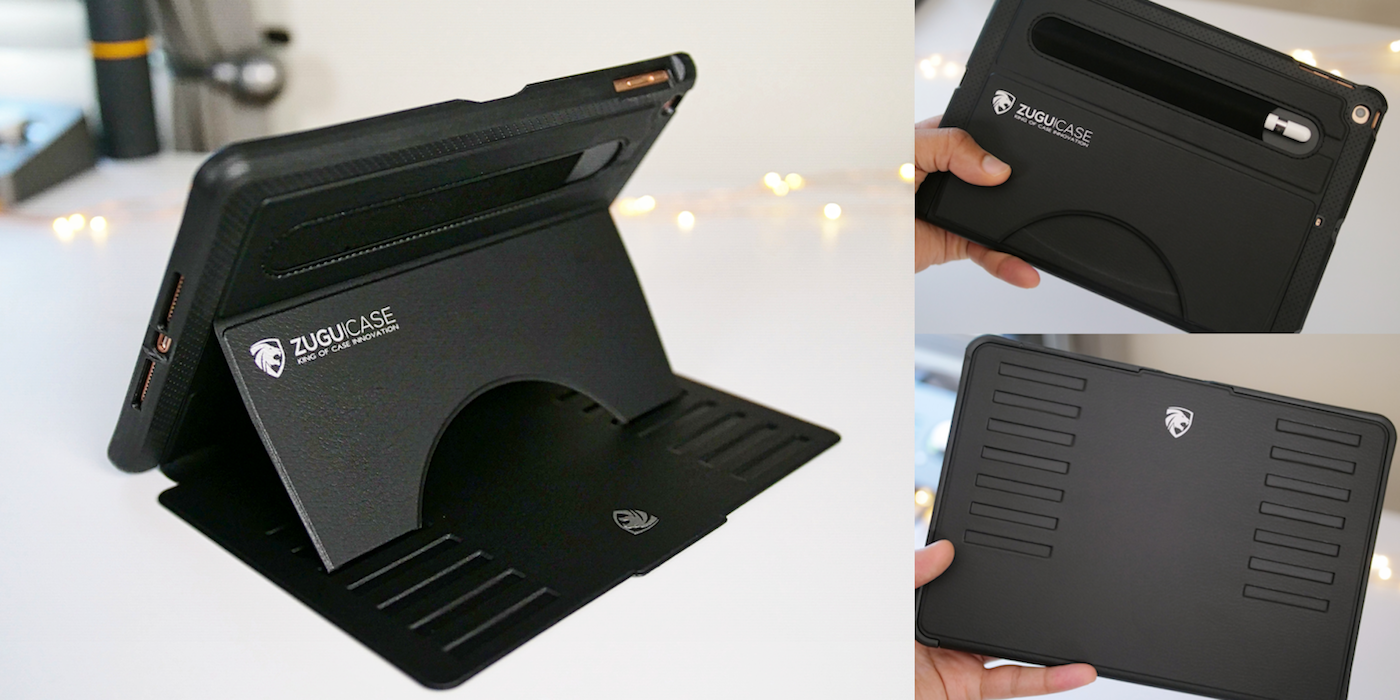 The Prodigy Case– also available for the 12.9-inch iPad Pro and iPad Pro 10.5– has become one of the most popular iPad cases on Amazon for a reason, with over 90% 5 star ratings it has quickly become a favorite among iPad users because of its very functional magnetic kickstand, while also being rugged and lightweight.

Based out of California, you can tell ZUGU puts a lot of care and attention to detail in its case lineup.

The Prodigy Case manages to be one of the highest-rated cases on Amazon at a price point that beats out much of the competition for comparable durable cases.

Even with the relatively low price tag, it doesn’t skimp on functionality or materials with a super rugged case that still remains sleek and lightweight. You’ll also find a soft microfiber interior to prevent scratches and a high-quality matte synthetic leather on the exterior.

The cover stays attached securely when not in use thanks to multiple magnets inside the cover, and a strong inner rubber and polycarbonate bumper/shell combo provides 5ft drop protection without adding thickness. It does so thanks to its super protective bumper and fiberglass internal structure while still managing to be the thinnest in the industry with its 2mm polycarbonate back shell.

Of note, the case includes a built-in magnetic kickstand that can easily adjust to eight different viewing angles while the built-in magnets also mean you can securely attach it to a fridge or other magnetic surface (as shown in the images above).

Lastly, the Prodigy also includes a built-in Apple Pencil slot located on the back of the case (Also check out ZUGU’s Apple Pencil holder, an $11 ‘Peel N Stick’ Elastic Stylus Pocket that attaches to existing cases).