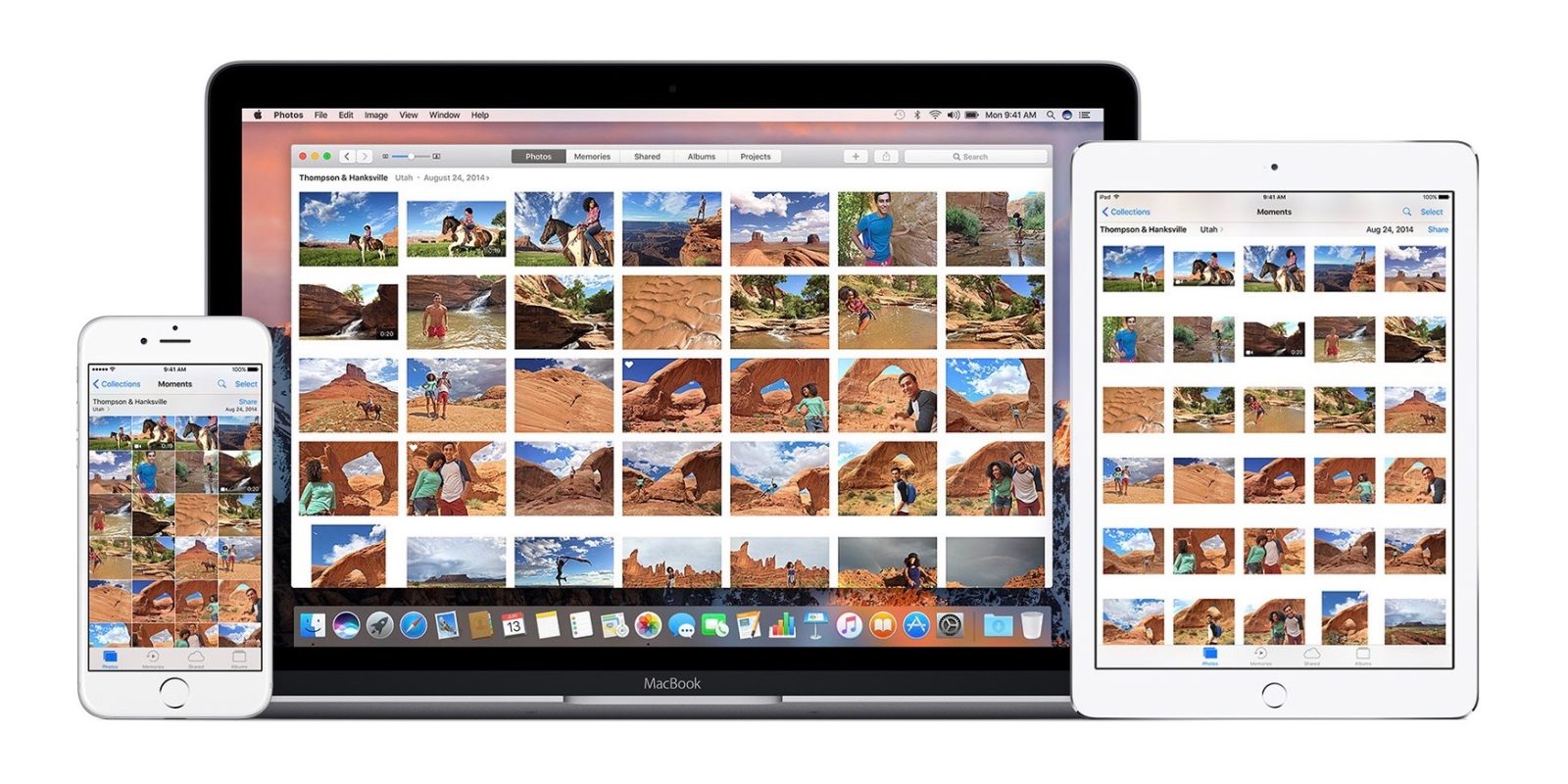 I’ve always been a huge fan of cloud-managed photo systems. I did a review of Everpix back in 2013. I even challenged Apple to release something similar to iCloud Photo Library. I’ve written countless articles about Photo Management and discussed it on countless podcasts. Photo management is something I care deeply about.

While I have all my photos and videos in iCloud Photo Library (the 2TB plan), I also still use Google Photos as well. You might wonder why? While I’m firmly entrenched in the Apple ecosystem from a hardware and software perspective, I always like to be flexible.

By keeping a dual copy of my photos in both system, I can easily swap to a Chromebook or Android device without missing a beat. Anytime I make an album in iCloud Photo Library; I always create the same album in Google Photos. Doing this allows me to stay up to date on the strengths and weaknesses of both.

If you are using a macOS and iOS device, iCloud Photo Library has a very distinct advantage: it’s a native service. Your camera roll is hooked right into iCloud Photo Library. If you go to post a photo to an app like Instagram, all of your photos are there. If you want to use a third party editing tool, you can give it access to your entire library. Any edits you make are automatically synced everywhere. 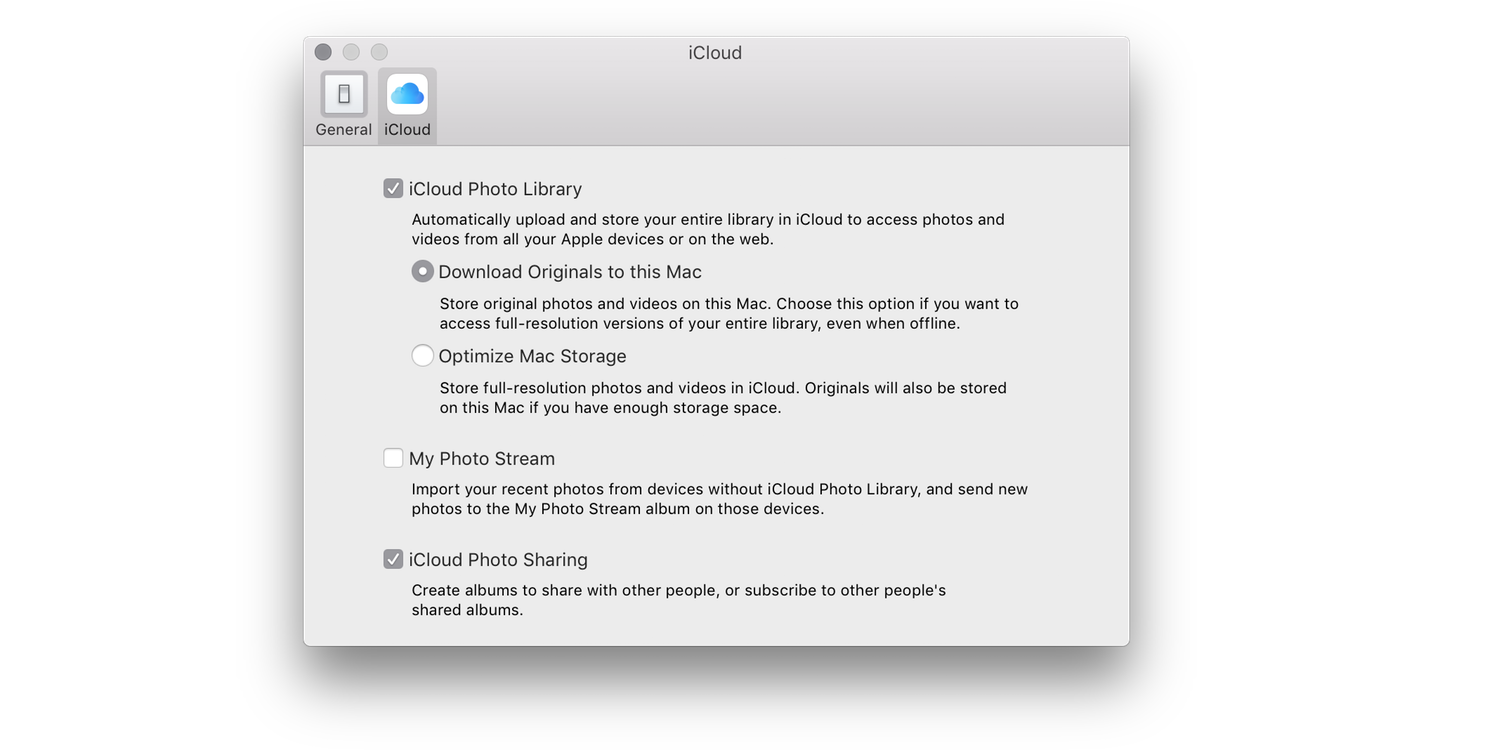 Photos on the Mac is light years ahead of Google’s web interface for managing photos on the desktop. I can make custom albums based on EXIF data and easily export photos out (drag and drop) if I needed to. Since my Mac has a 1 TB drive,  I also keep an offline copy of my library. Doing this allows Time Machine and Backblaze to keep additional backups for me. Despite the advancements in web technology, I still prefer native apps for photo management.

Apple also has the advantage when it comes to privacy. Apple doesn’t sync all of the faces metadata across iCloud. While the names of the people you have stored in Faces for are synced, each device does its face scanning on the device. While this makes a new device a little harder to setup, there is an aspect of Apple’s approach I appreciate. 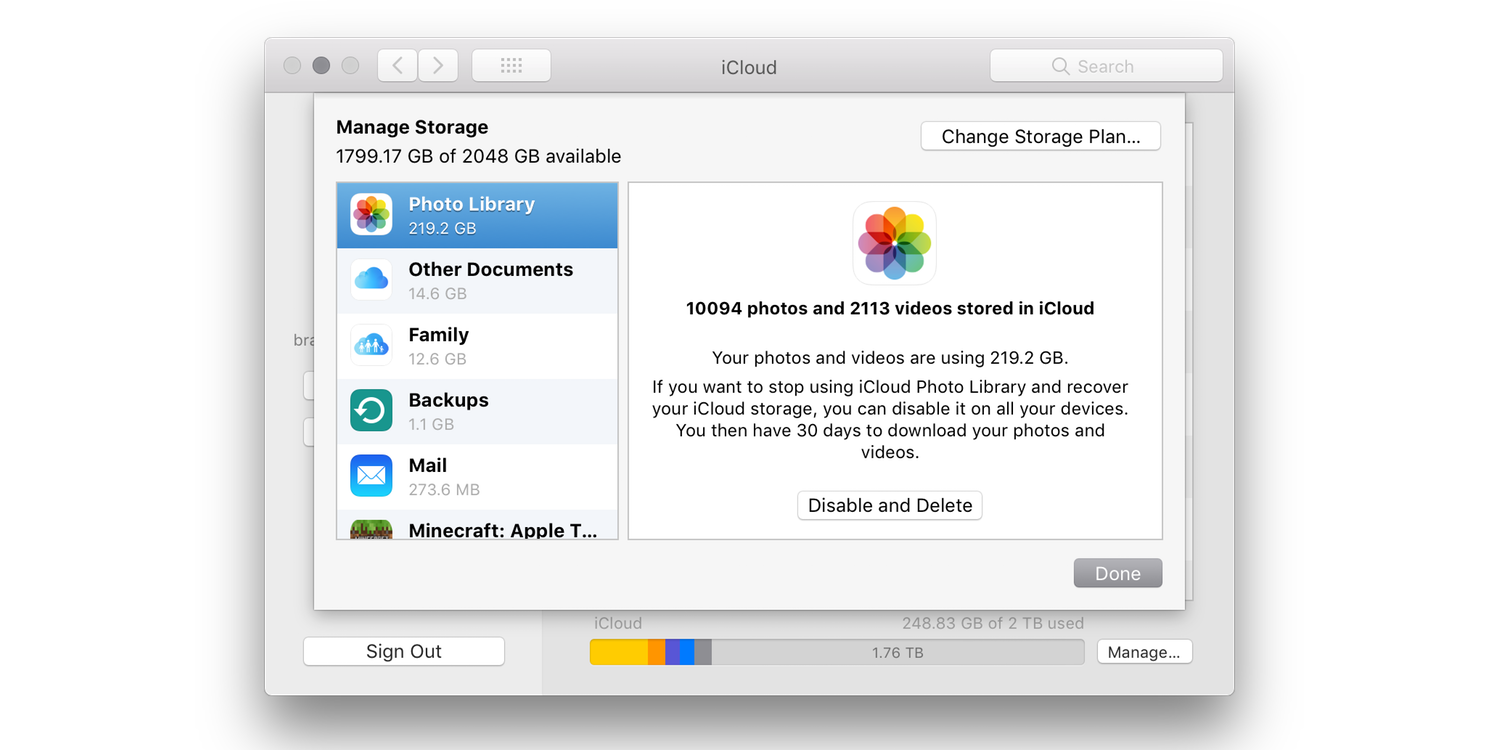 The first is pricing. Apple only offers 5 GB for free of storage, so most people will have to pay to store their photos. I understand that Google can offer a free plan due to advertising revenue, but if Apple is as concerned with privacy as they claim, they should offer at least 50 GB of free storage, so users don’t use Google Photos.

The second key weakness is the lack of a family setup for iCloud Photo Library. I know they offered shared albums, but families don’t have a way to share a single library. As a parent of young children, I have tons of photos. Some of them are taken by me and others taken by my wife. The fact that there isn’t an automatic way to share them back and forth creates difficult workflows. You can AirDrop them back and forth, but that gets old after a while. My current solution is that I have my wife’s camera roll set to upload to Dropbox whenever she gets on Wi-Fi, and then I import them into Photos on the Mac (after I cull bad ones). They then sync to my iPhone, and then Google Photos uploads them.

Here is how I think Apple could make it work: Let me designate read and copy of my camera roll to my family. Users could save anything from a family member’s library to their own. People could still create their own albums, but they could also view the libraries of family members (albums, faces, etc). With this option, I could choose the best photos my wife takes and save them to my library.

If you compare Google to iCloud with photo management, their strengths and weaknesses mirror each other. Where Apple has a weakness from a pricing perspective, that is a strength for Google. They do offer a paid plan, but their free plan will be good enough for most people. On the free plan, photos are slightly compressed.

While I do prefer to have the original copies, a video taken at 4K compressed down to 1080p is better than no copy at all (if your hard drive crashed, etc). 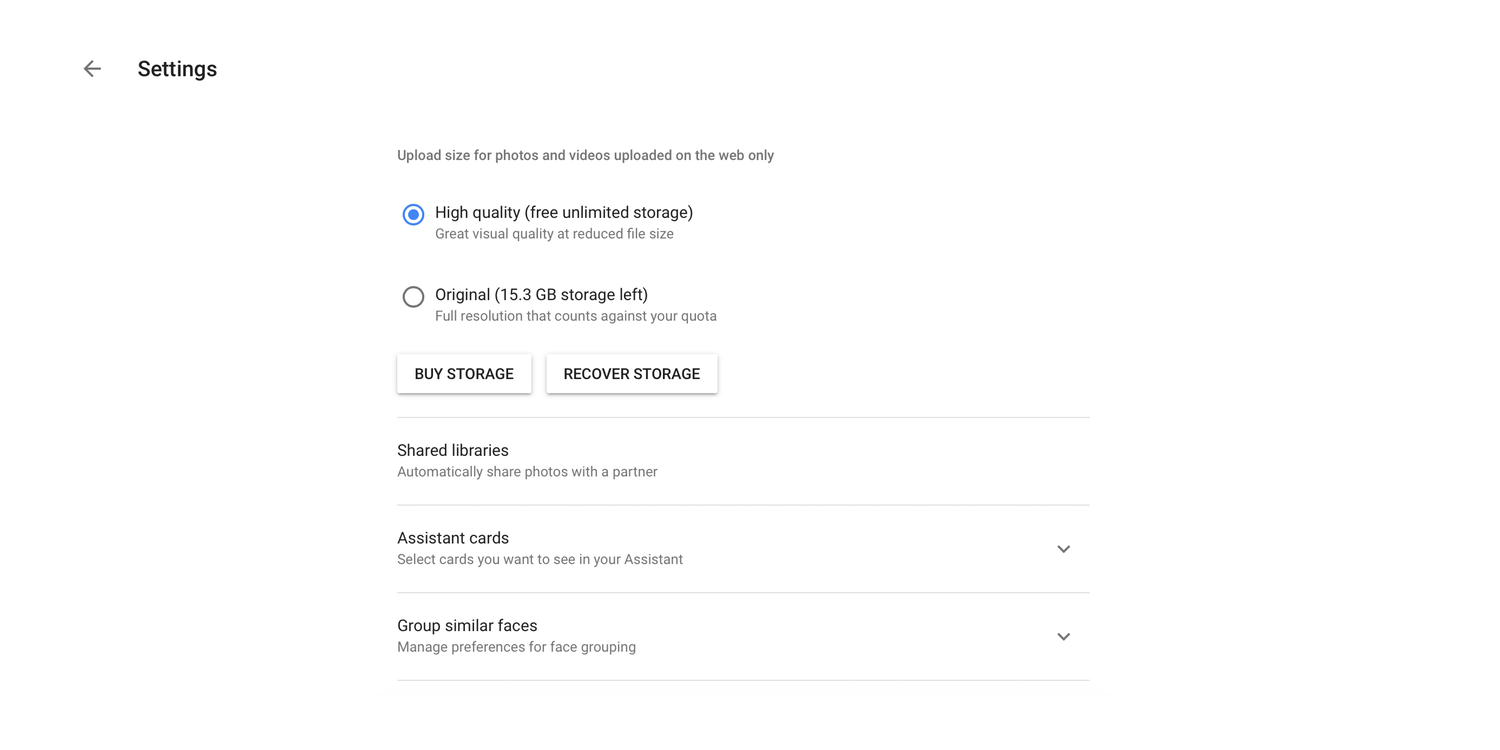 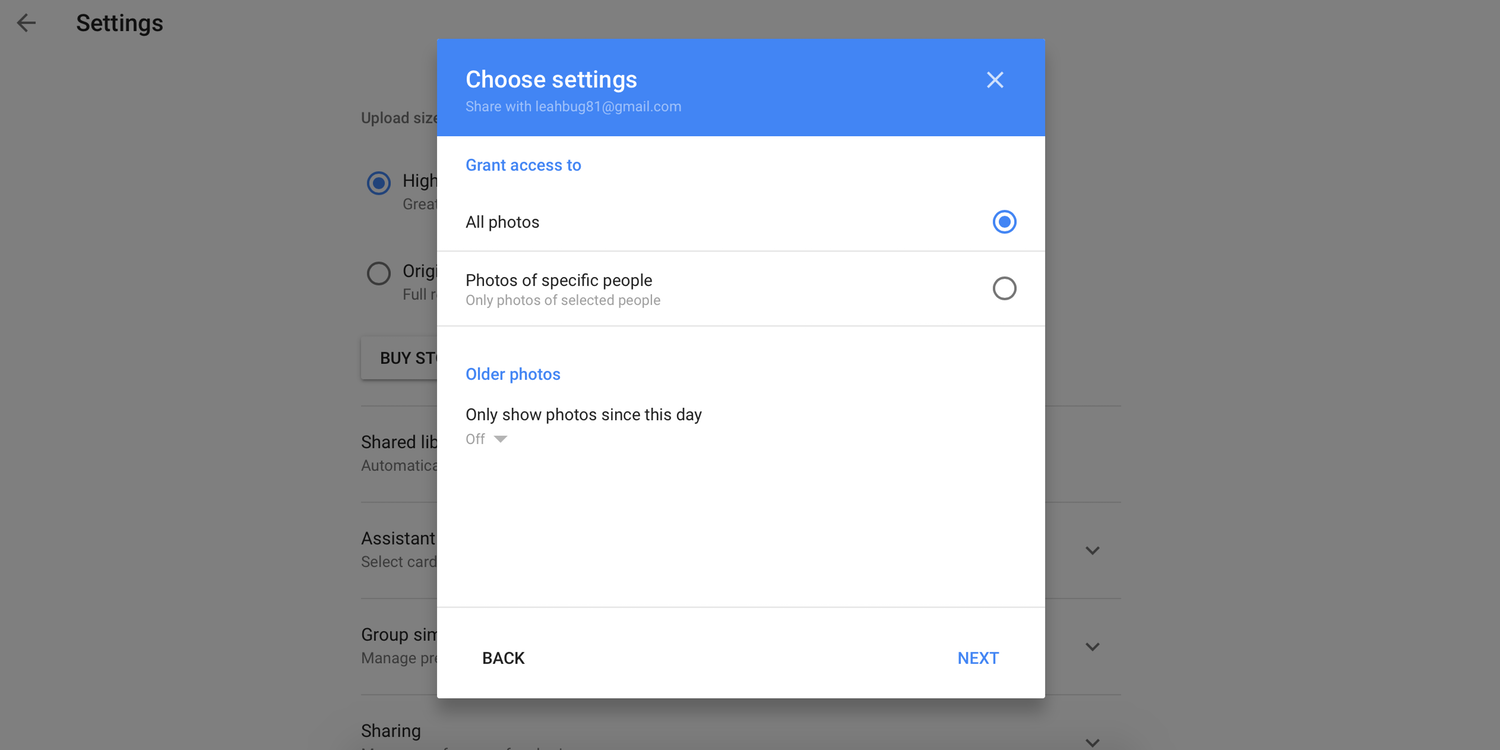 One of Google’s most significant weaknesses is the lack of a native app on the desktop. The web interface works well, but it doesn’t hold up for editing and organization compared to a desktop app. The web interface feels like a blown up mobile website.

The other big weakness for Google Photos is the privacy problem. Some people are concerned about uploading their entire photo library to a company who makes money on advertising. Google’s goal is to certainly learn more about you to better target ads, but it’s not like employees at Google can browse your entire library at will. Nevertheless, the perception does persist for some people.

Which is the best?

One thing I haven’t mentioned yet is Apple’s Memories section vs Google’s Assistant section. Both are really good, but are doing different things. I do love how the Memories section is available on Apple TV, but Google Photos makes some really great animations. This section is really a toss up for me.

If you are firmly living in the Apple ecosystem, it’s hard to ignore Apple’s advantages with Photos. It’s private, native, and works extremely well. I hope they come up with a solution for family sharing and offer more free space in the future, but even without those, I still prefer it. If you don’t want to pay or want a cross-platform solution, Google Photos is still a fantastic choice. If you can’t decide, use both. Pay for iCloud, but then let Google Photo’s free plan backup your photos as well. It’s also nice to another have another backup!

What do you think about these apps? Let me know in the comments? Does Apple need to release a family solution for iOS 12?