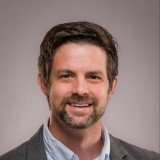 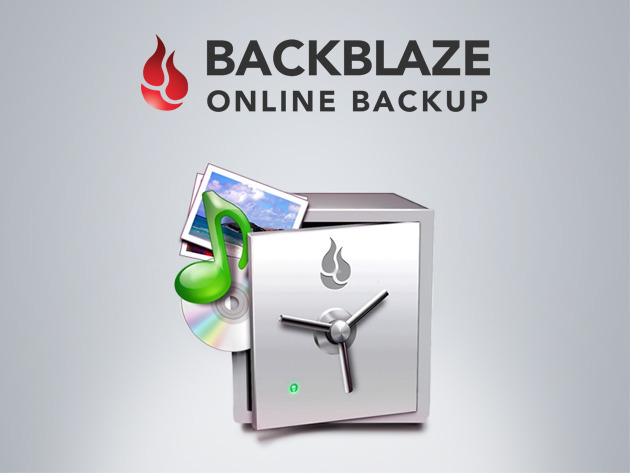 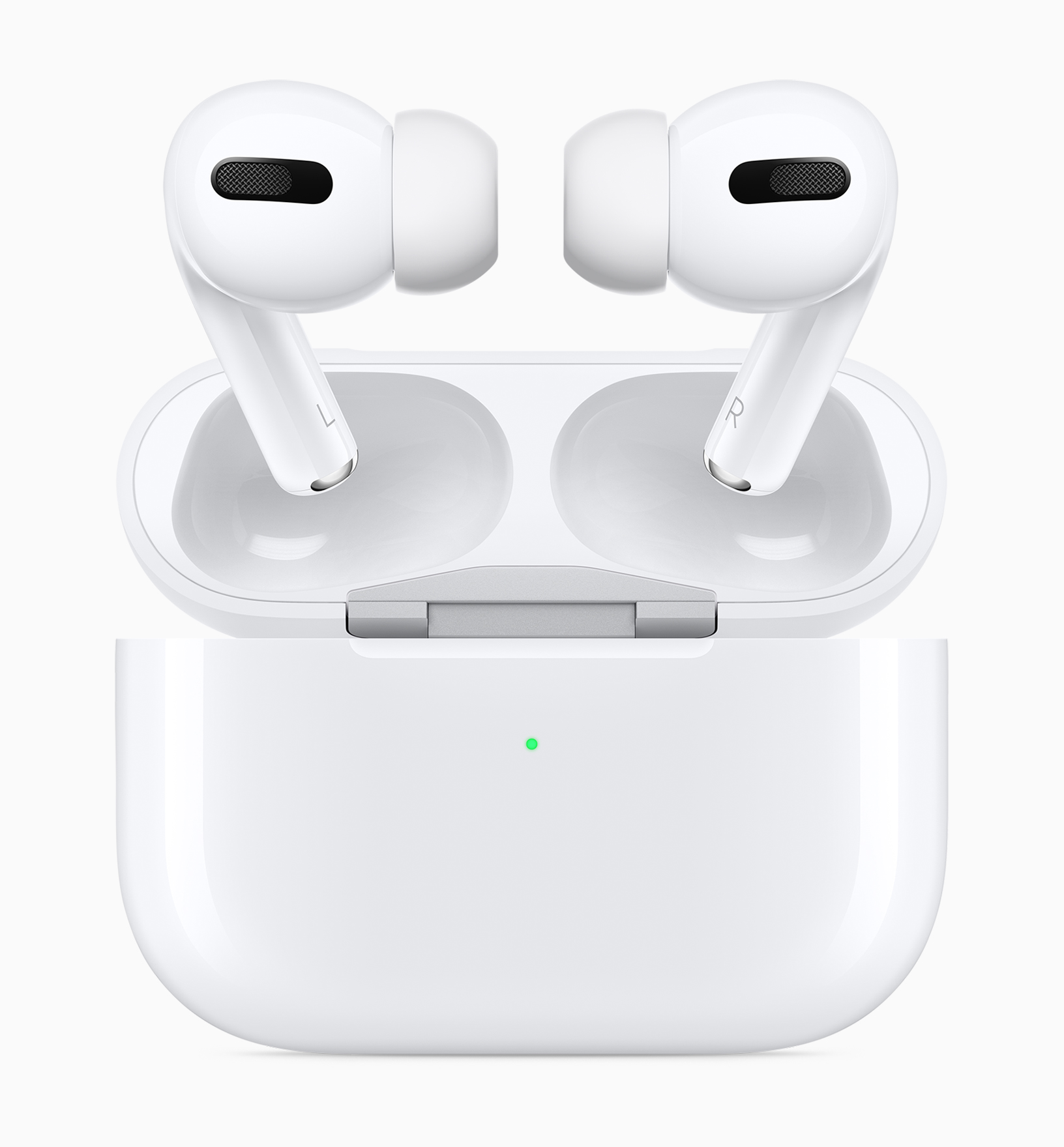 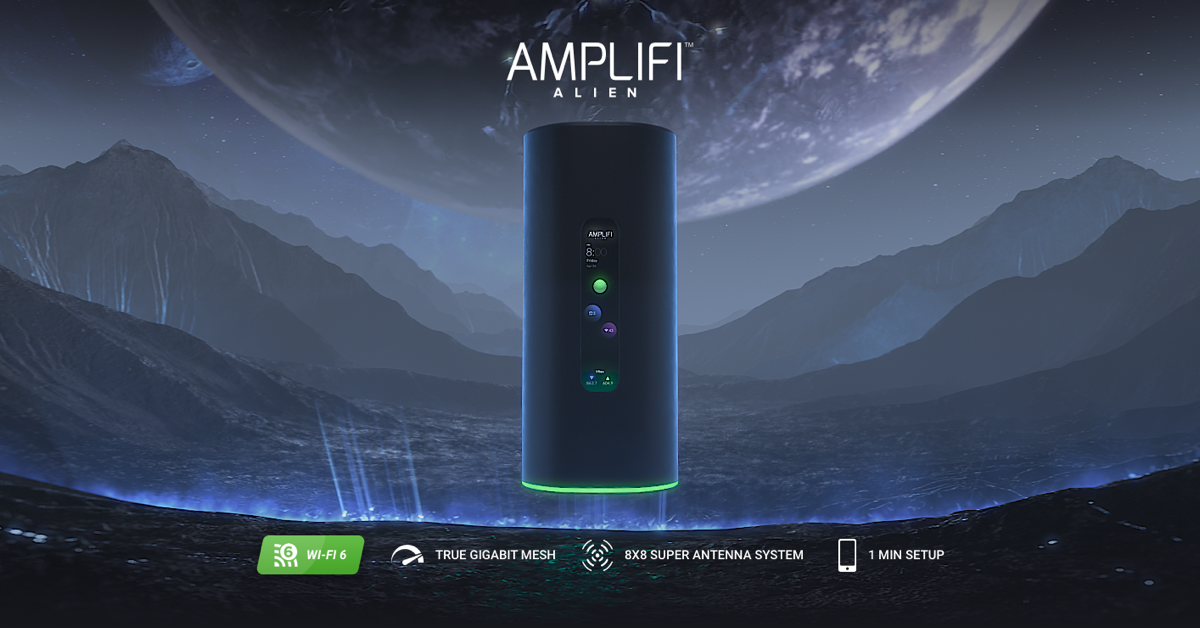 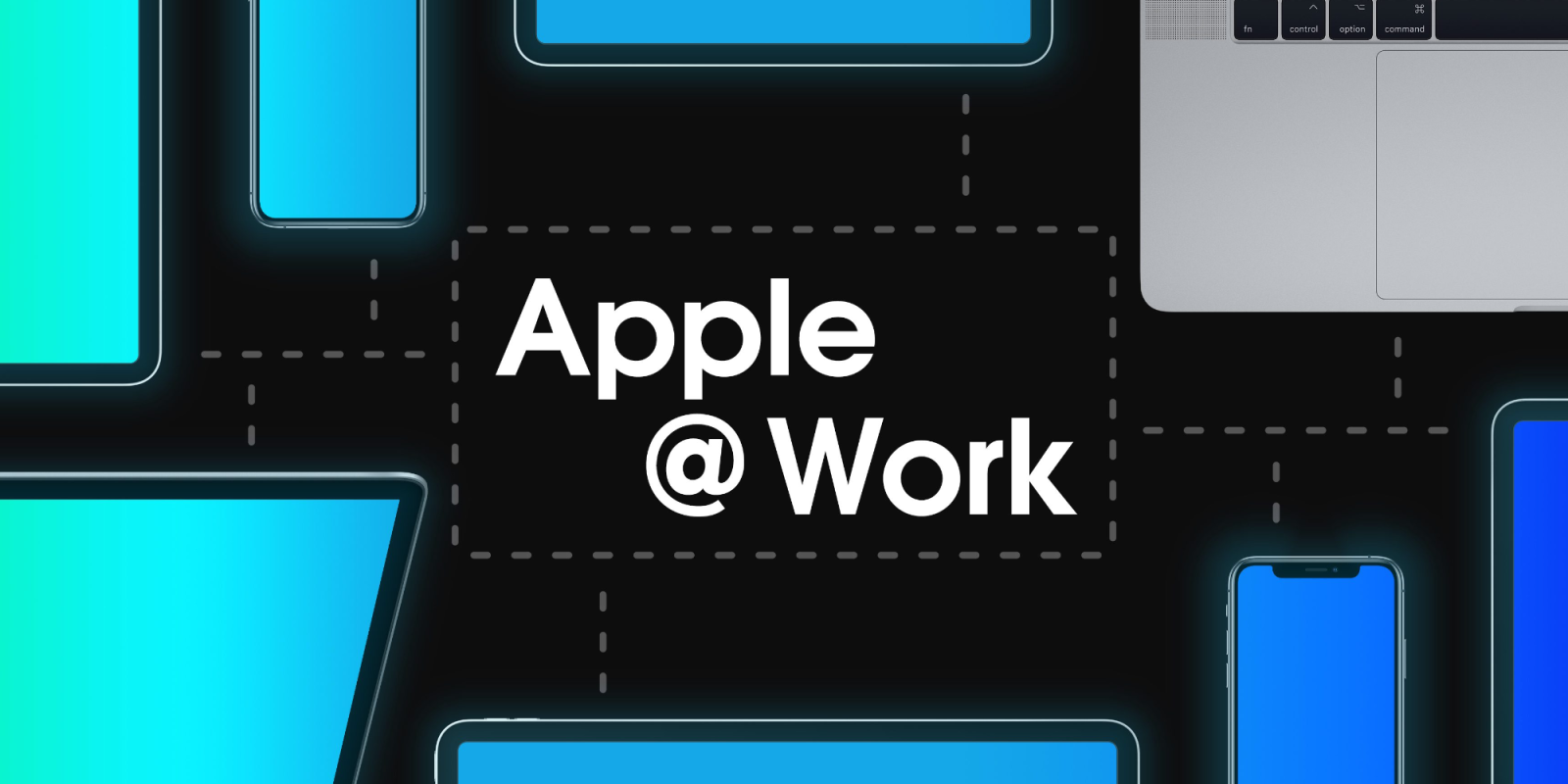 In this episode of the Apple @ Work podcast, Bradley is joined by Andrew Shikiar from the FIDO Alliance to discuss the history of the FIDO Alliance and what iOS 14 and macOS Big Sur are doing for password management.

Sponsored by iMazing: The popular iOS device manager which gives you unparalleled control over iOS and iPadOS data. Request your free trial now.

END_OF_DOCUMENT_TOKEN_TO_BE_REPLACED

Comment: What’s the best email app for the Mac (Updated for 2020) 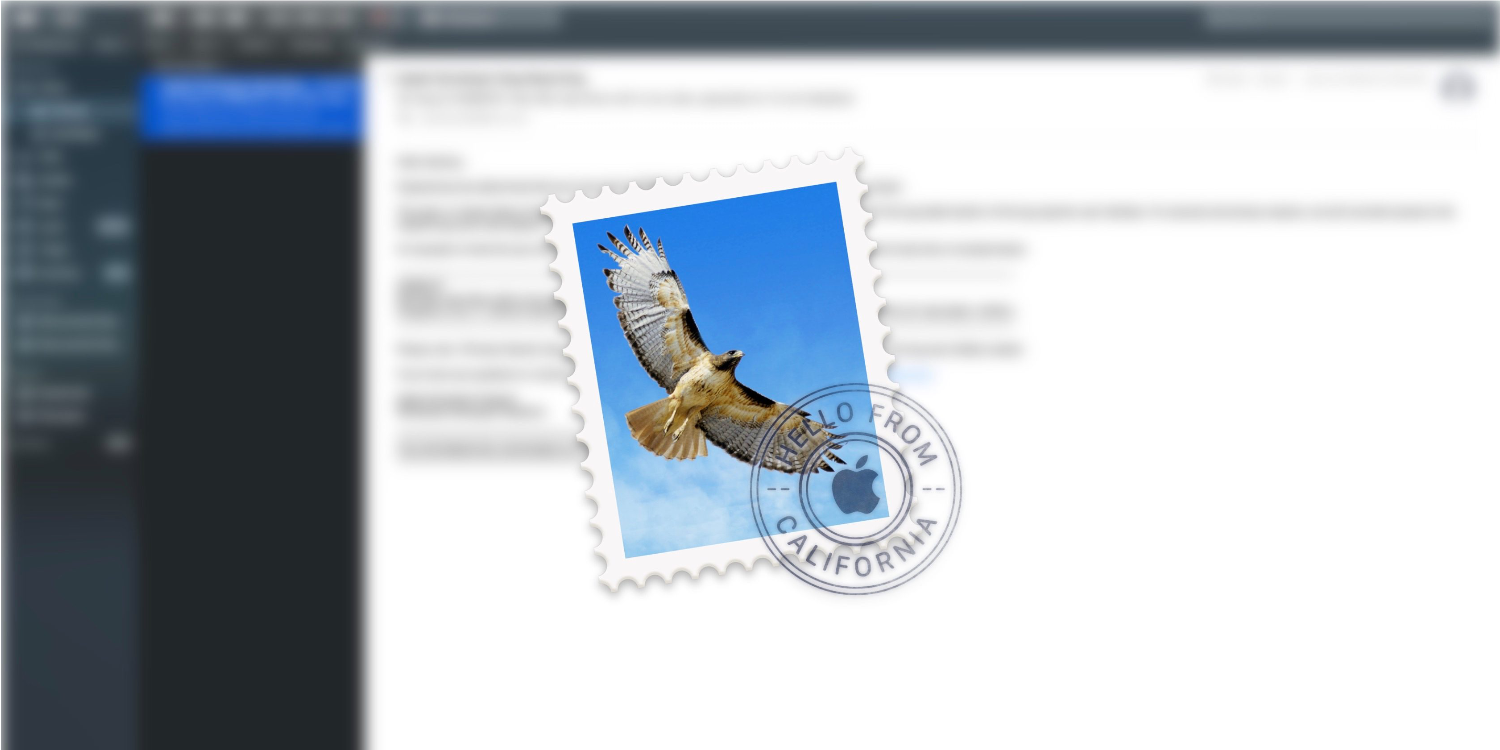 Despite all the new messaging services, project management tools, and chat-based ecosystems, email remains essential. Signing into iCloud (and email) is one of my first tasks when setting up a new Mac. Signing up for almost any service on the Internet requires an email address, so it’s a universal digital identifier. Even with the popularity of web-based services like Gmail, many still prefer a desktop app to pull in multiple email addresses, use desktop plugins, and have a more native Mac experience. So what’s the best email app for the Mac?

END_OF_DOCUMENT_TOKEN_TO_BE_REPLACED

Podcast of the Week: Live! From Tomorrow

Live! From Tomorrow is a new musical comedy about innovation in tech and business. The unique aspect of it is that it’s a podcast. It’s produced in the style of a cast album, and it combines studio recordings with live performances and interviews. It contains five episodes over two acts. During the show, Matt Hooper launches a variety show from a local coffee shop.

Debunked: This chimp is not flying a drone

Drone wireless/autonomous charging coming to US via WiBotic

Making the Grade: iWork is an essential tool for schools without Microsoft Office iWork has long been thought of as the third tier of productivity suites on macOS and iOS compared to G Suite and Microsoft 365, but it combines free software with a robust local application that, when used along with side G Suite for collaboration needs, creates a vast ecosystem of tools in K–12. What are the reasons to use iWork in K-12? END_OF_DOCUMENT_TOKEN_TO_BE_REPLACED

HomeKit Weekly: New to HomeKit? Here’s what should be in your HomeKit starter kit 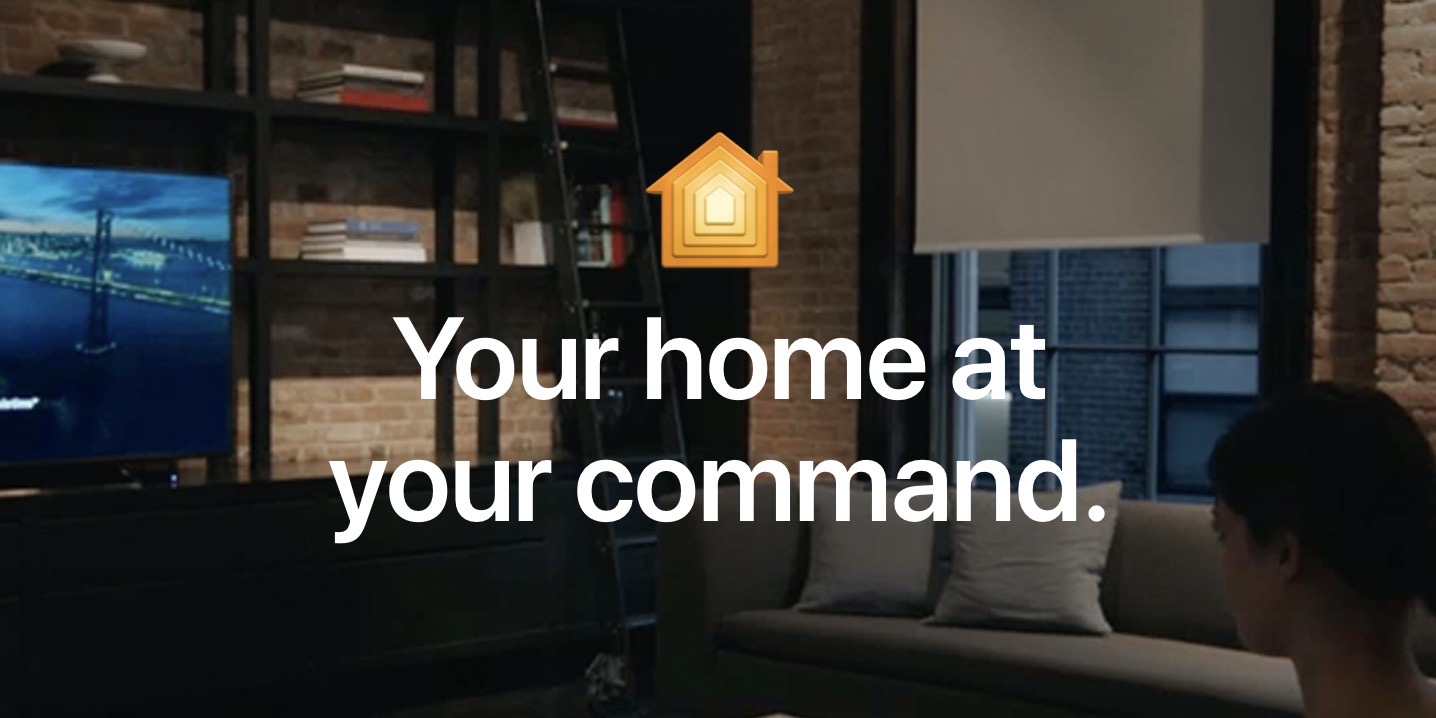 Weather on the Way is a new weather app for iPhone that adds an interesting take on this existing category — it combines navigation and weather. It will calculate a route to your destination and show a forecast for points along this route, exactly at the time you will be driving through each stop. 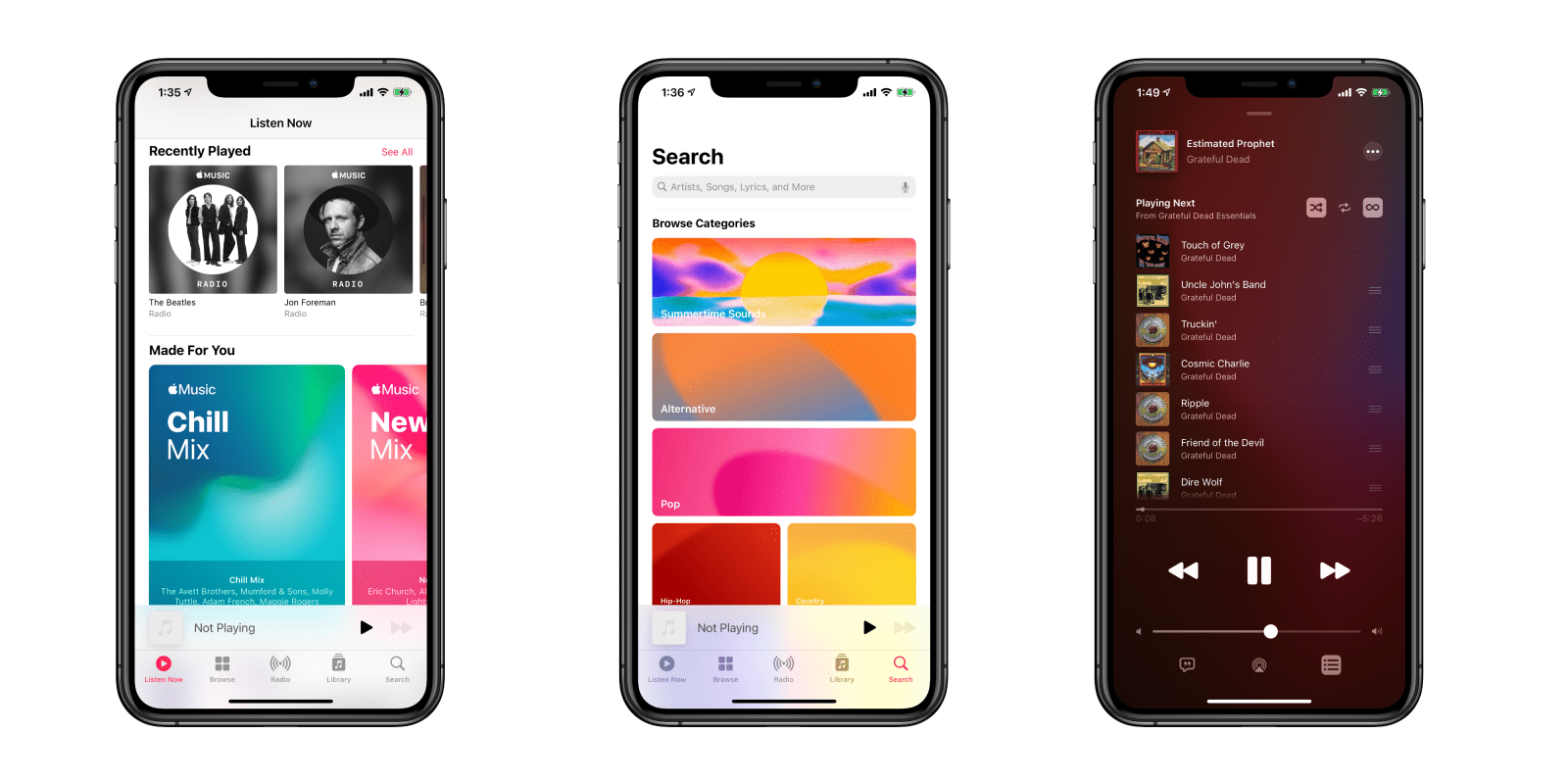 I’ve been paying for Apple Music since the day it launched in 2015. We’ve had a family plan from almost day one as well. Music streaming services are among the best values for what they offer. Despite being an Apple Music customer, there have long been aspects of Spotify that I preferred over Apple Music. Apple Music on iOS 14 brings over the best of what Spotify offers my opinion, making it the ultimate music streaming service. If you are looking for information on Apple Music vs Spotify on iOS 14, read on to see what’s new. END_OF_DOCUMENT_TOKEN_TO_BE_REPLACED

Podcast of the Week: Land of the Giants

Land of the Giants season one was a very interesting look at how Amazon is impacting our daily lives. Season 2 is now underway, and it’s looking at Netflix.

Apple @ Work: Should enterprises skip Wi-Fi 6 and wait for Wi-Fi 6e to be released? 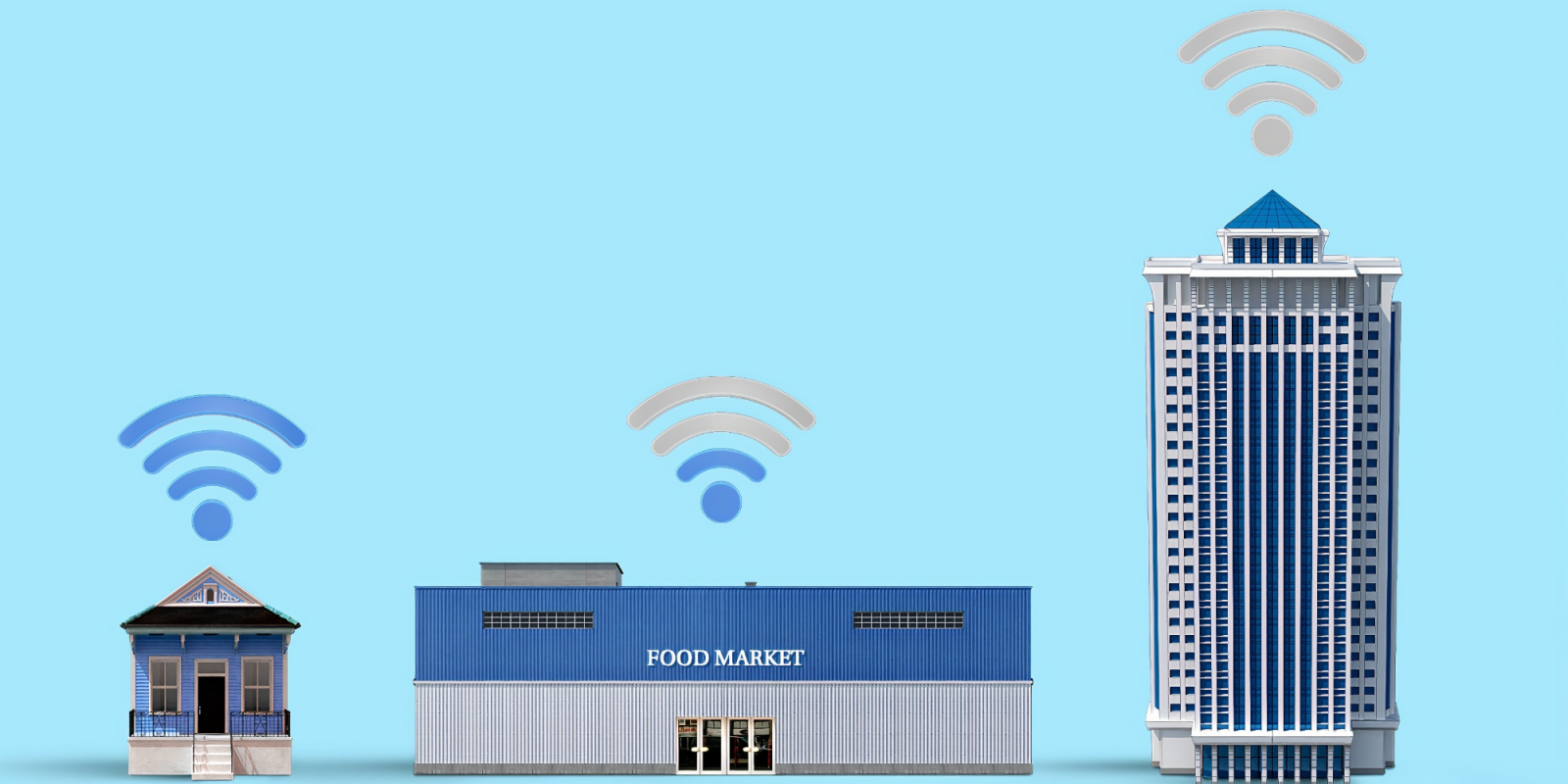 I’ve become a big fan of Reddit this year as I finally took the plunge to subscribe to a few subreddits, and one I’ve enjoyed is r/AmpliFi. A common question that is starting to be asked on the subreddit is about Wi-Fi 6e. If you aren’t familiar with Wi-Fi 6e, I suggest that you go and listen to a recent episode of Apple @ Work where I discuss it in depth with Perry Correll from Extreme Networks. Since the new technology is being considered in the open, many people are beginning to wonder if they should just skip Wi-Fi 6 and wait for Wi-Fi 6e. END_OF_DOCUMENT_TOKEN_TO_BE_REPLACED 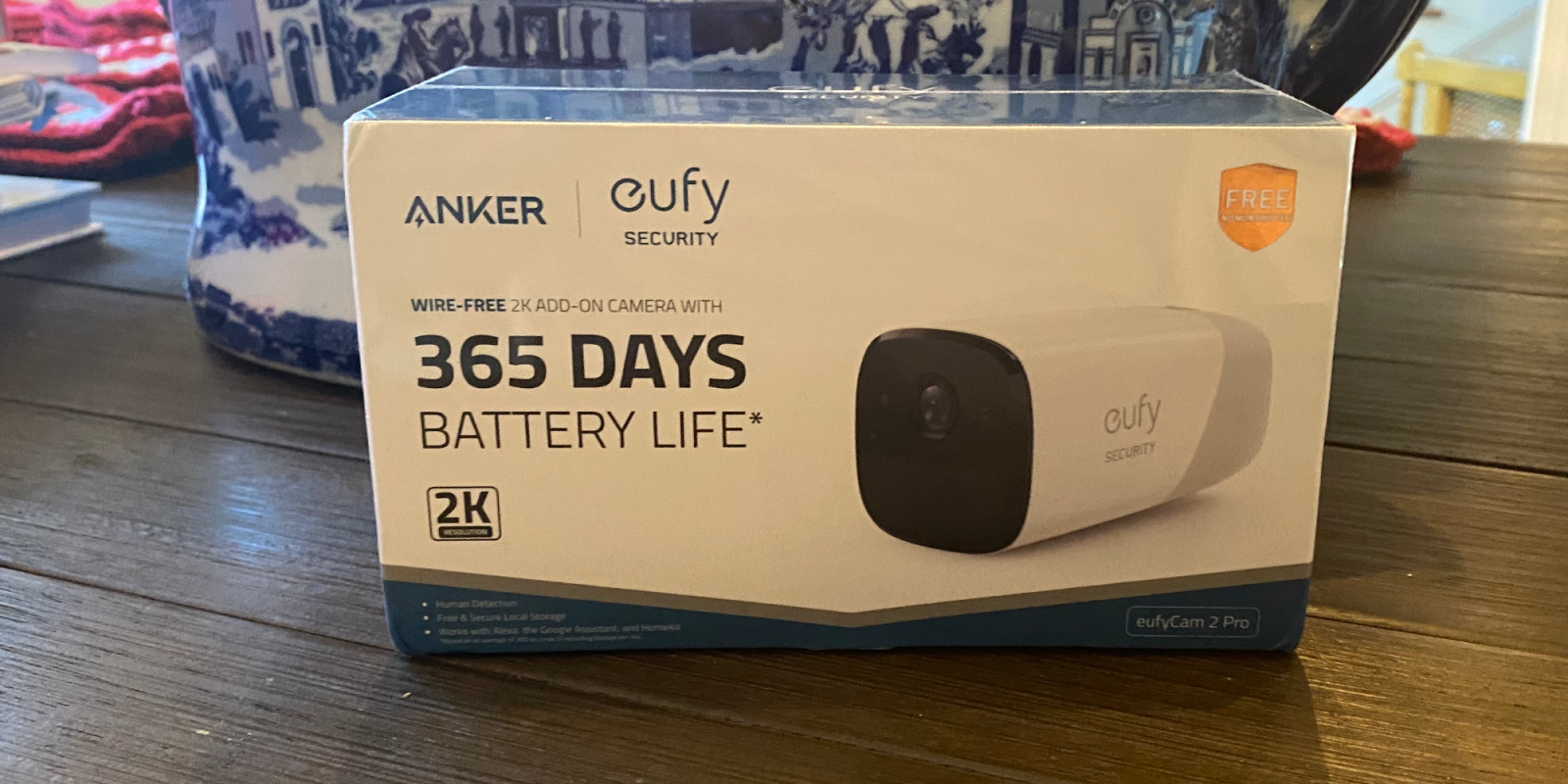 I’ve written about my eufyCam setup in the past when considering HomeKit Secure Video. I have multiple outdoor cameras, the wired Eufy doorbell, and I am testing various indoor eufy cameras for an upcoming review. As you can see, I am all in on Eufy as my camera manufacturer. They are low cost, reliable, and work well with HomeKit. For my smart home needs, that is all I am looking for in a camera. I recently picked up a eufyCam 2 Pro to compare the quality to my existing cameras and expand my outdoor coverage. END_OF_DOCUMENT_TOKEN_TO_BE_REPLACED 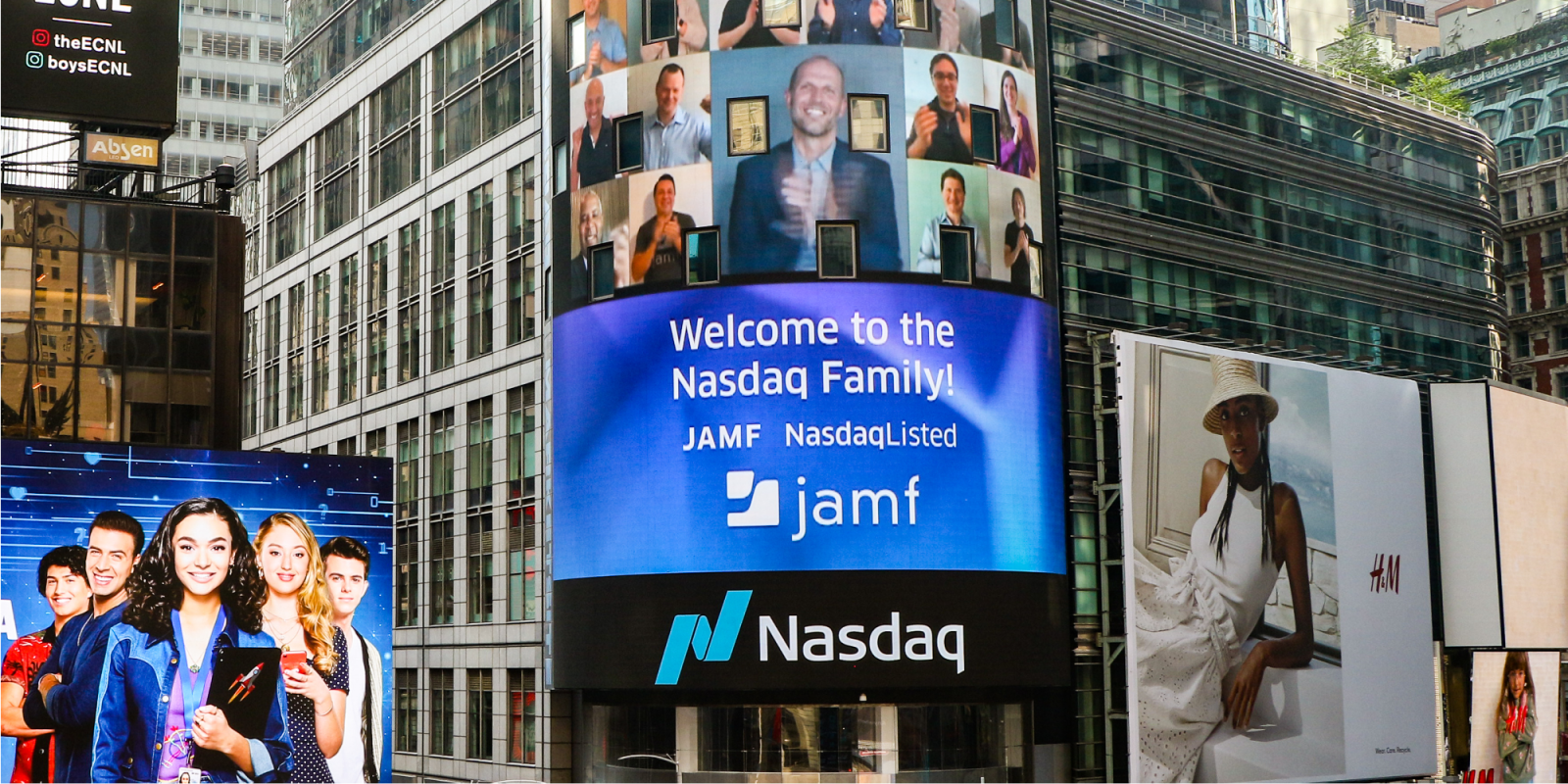 Anyone that works with Apple in the enterprise is familiar with Jamf. We’ve covered their products often on 9to5Mac, and they’ve been a mainstay in the Apple communication for nearly two decades. Today, Jamf opened its IPO to become a publicly traded company under the symbol JAMF. The Jamf IPO price opened at $26 per share with 18 million being offered for sale. It closed the day at $39.20 after hitting a high of $51 per share. END_OF_DOCUMENT_TOKEN_TO_BE_REPLACED

In this episode of the Apple @ Work podcast, Bradley is joined by Kevin Kuluvar from LocknCharge to discuss Apple device storage, keeping devices charged, and a new iPad sanitation production for K-12.

Sponsored by iMazing: The popular iOS device manager which gives you unparalleled control over iOS and iPadOS data. Request your free trial now.

END_OF_DOCUMENT_TOKEN_TO_BE_REPLACED 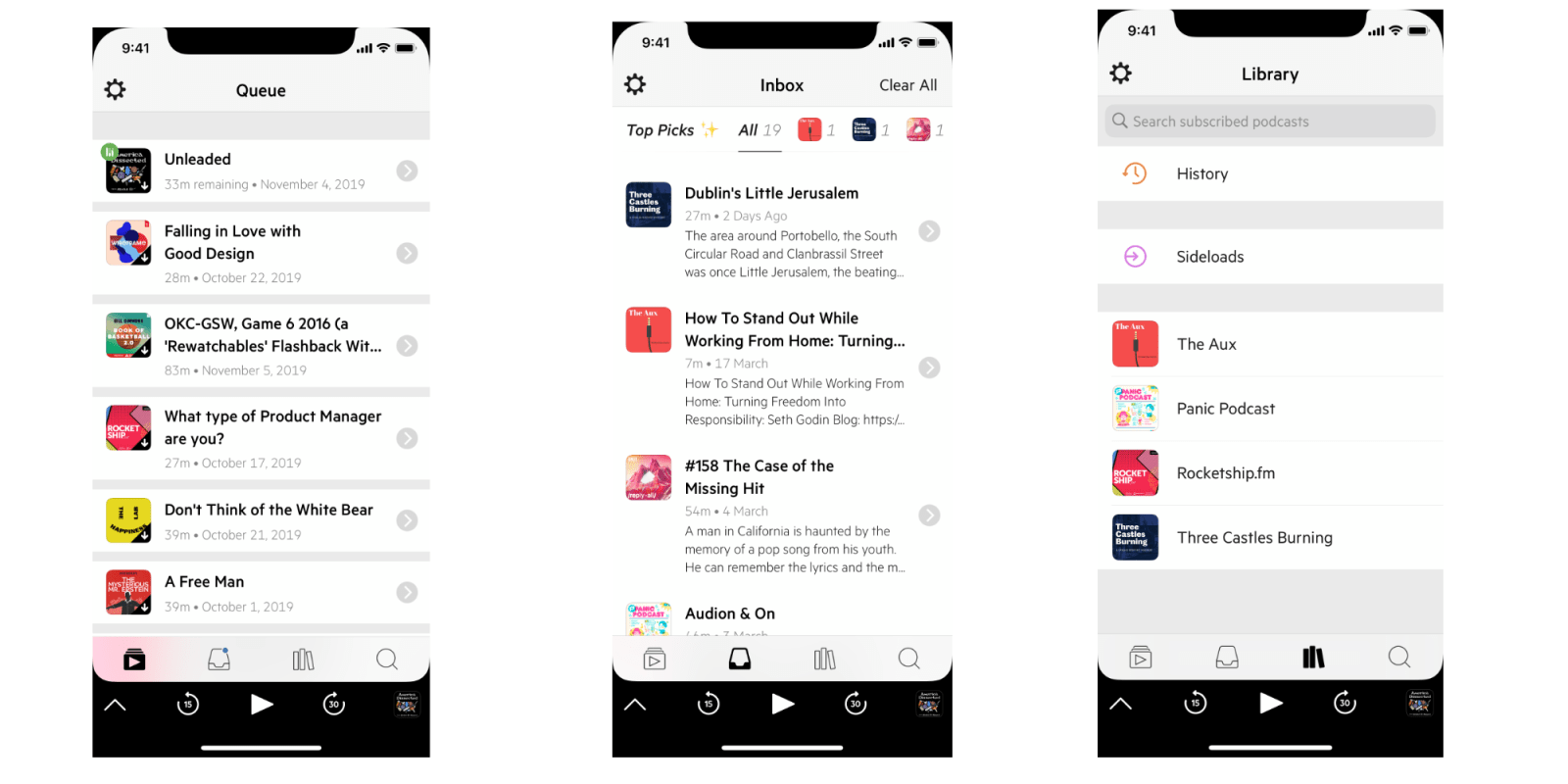 I’ve written dozens of articles on 9to5Mac about podcast apps like Apple Podcasts, Pocket Casts, and Overcast. One of the challenges I’ve had during a period where I am getting out of the house less (no commutes to work, less travel, etc.) is keeping up with all of the podcasts I normally listen to in a given week. It has created a slight amount of stress in my life as new shows just keep showing up without the time to listen to them. A few weeks ago, I imported all of my podcasts into Castro to see if its Queue/Inbox functionality could help me “reclaim” my podcast inbox. END_OF_DOCUMENT_TOKEN_TO_BE_REPLACED

Podcast of the Week: Treasure Island 2020

Kid-focused podcasts are a fun way to pass the time during summer travel, and one of my favorite new ones is Treasure Island 2020. Sam Payne, a host at BYUradio and producer of the show, called it a “reimagining” of Robert Louis Stevenson’s 1883 “Treasure Island.”

Apple @ Work: What are Apple’s plans for MDM now that it owns Fleetsmith? 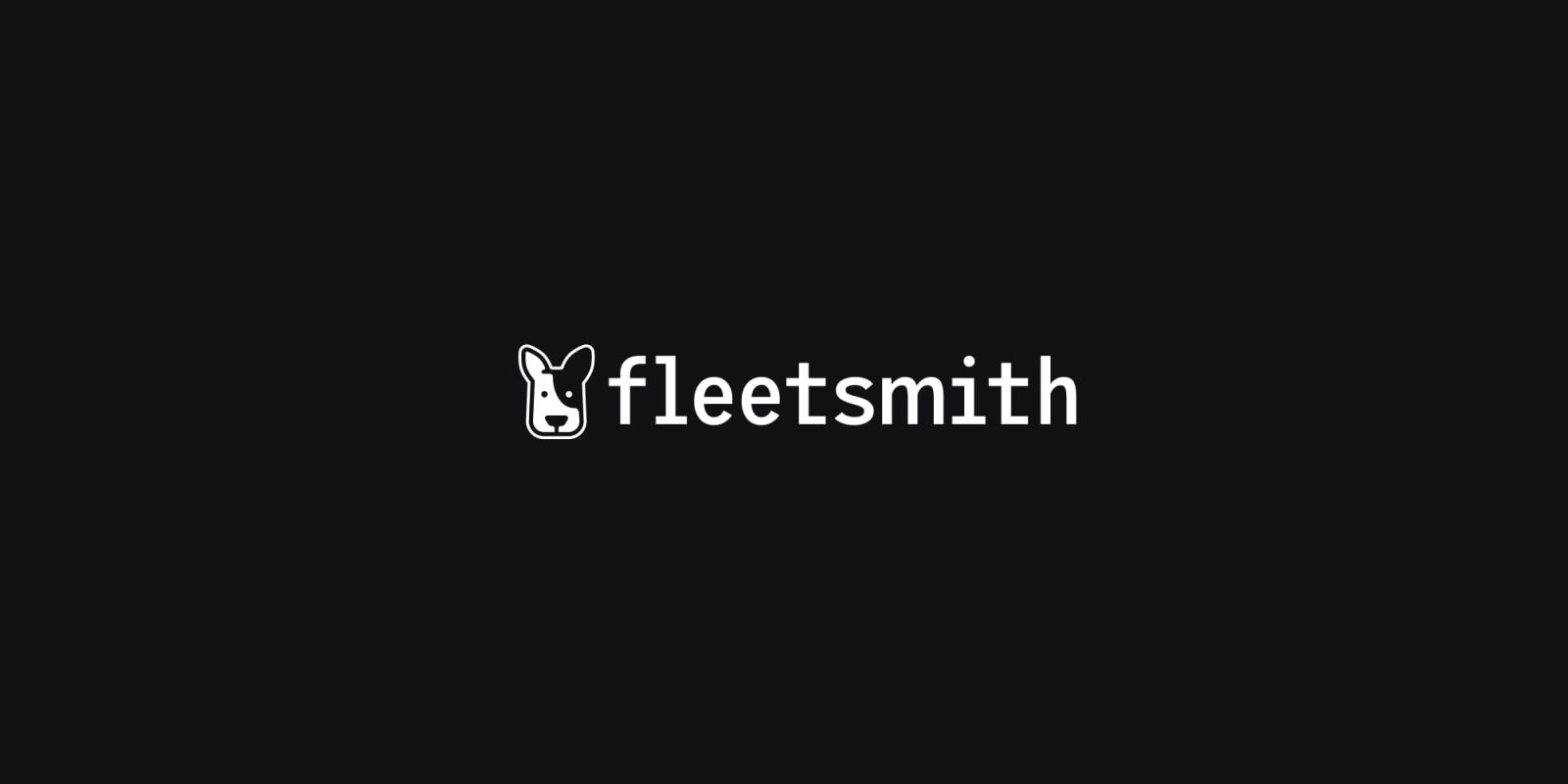 For enterprise customers who use Apple, the week of WWDC brought some rather shocking news. Late in the week, first-party mobile device management (MDM) solution Fleetsmith announced Apple had purchased them for an undisclosed sum. There was a bit of controversy with the purchase, as Apple immediately discontinued Fleetsmith’s App Catalog without warning. This left a lot of customers in a bind as soon as they woke up that morning.

While the controversy has died off, I know many customers of Fleetsmith, Jamf, and others are wondering what Apple’s plans are now. Since the announcement, I’ve been thinking about what Apple might do in the future now that they own an MDM. Here are some ideas I came up with on what might happen in the future. END_OF_DOCUMENT_TOKEN_TO_BE_REPLACED

Android 11 Beta 3: You can now swipe away the media controls 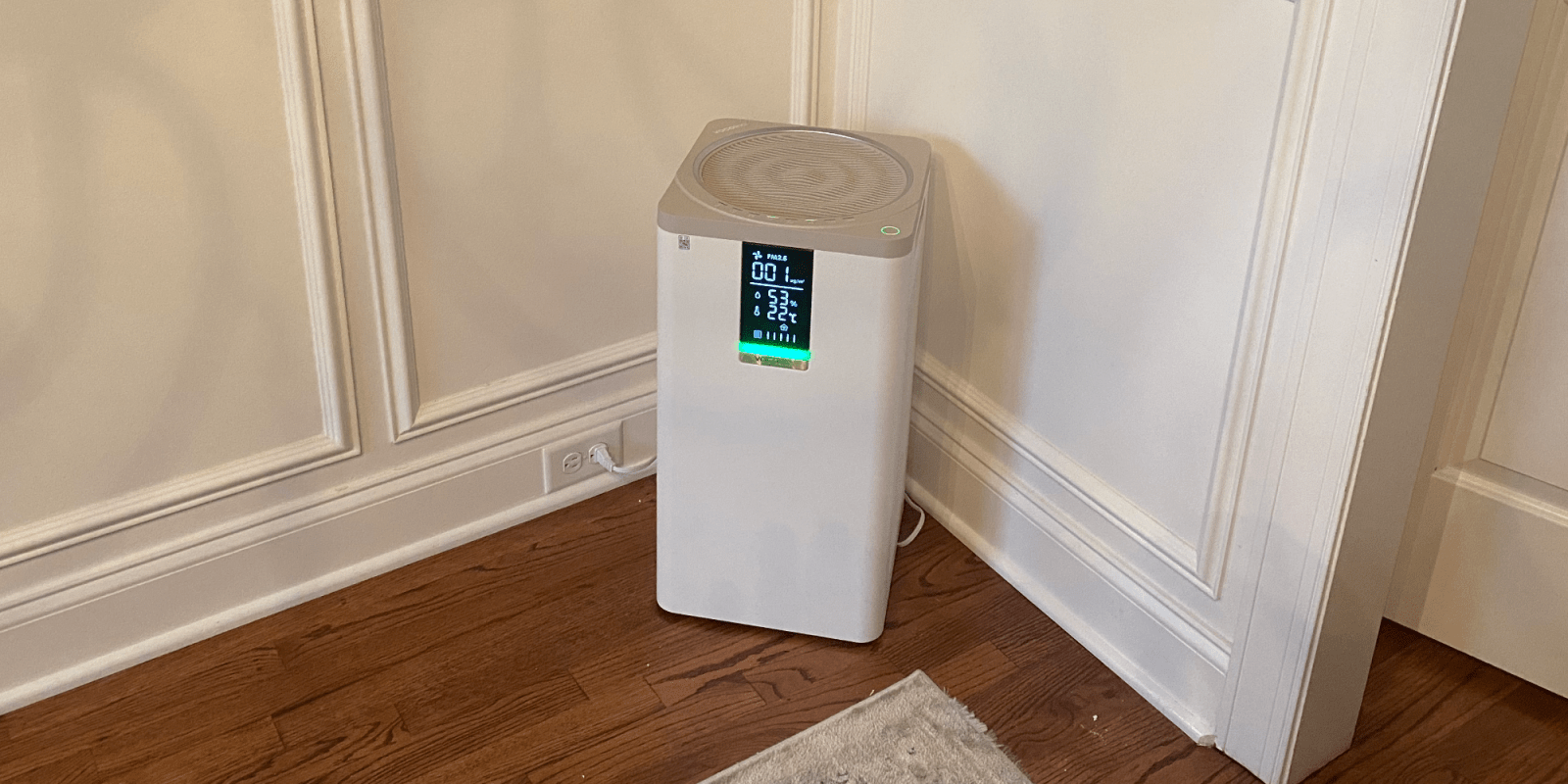 When you think of HomeKit enabled products, most people think of light switches, cameras, and door locks. Have you ever considered what an air purifier with HomeKit would look like in your home? I hadn’t until I tried the VOCOlinc PureFlow Air Purifier, but it’s confirmed my thinking that I want everything in my house to controlled with HomeKit. END_OF_DOCUMENT_TOKEN_TO_BE_REPLACED

Review: Does Wondery Plus bring enough value to warrant the podcast service subscription? 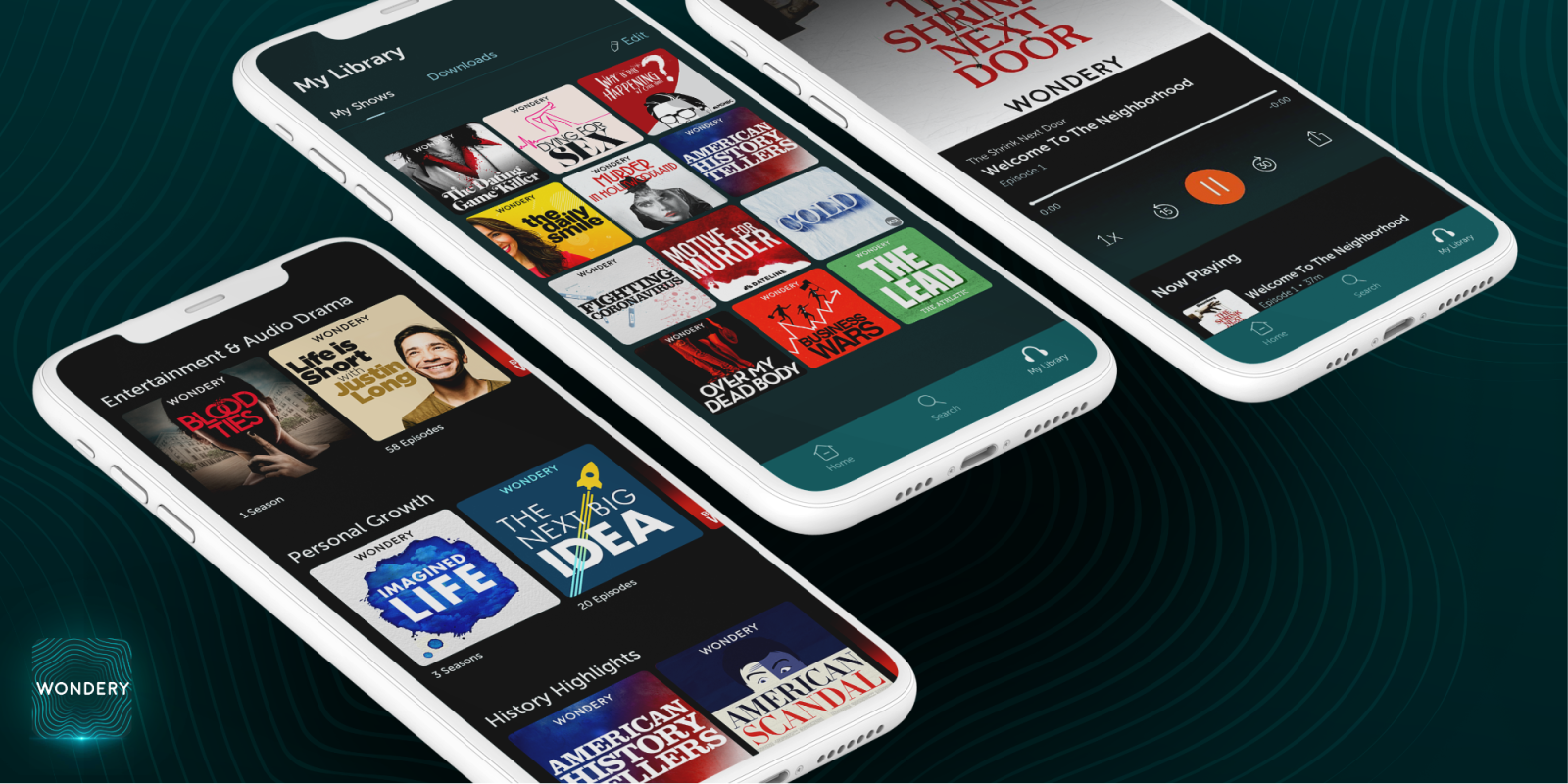 I am very particular about podcasts, podcast apps, how to subscribe, and generally anything related to the podcast industry. I change my podcast app of choice on almost a weekly basis. I am passionate about all things podcasts. One trend that I’ve seen in 2020 is a move to premium podcasts for additional content. I subscribe to the premium version of ATP, Cortex, and many others. I love supporting my favorite shows to get additional content. For the past few weeks, I’ve spent some time with Wondery Plus. I’ve been a fan of many Wondery shows for quite a while, so I wanted to see what else they had to offer. END_OF_DOCUMENT_TOKEN_TO_BE_REPLACED

Podcast of the Week: California City

A few weeks ago, my family and I were coming home from vacation, so I was looking for a new podcast to enjoy during the six-hour drive home. Thankfully, I had an early release of California City to pass the time.

Citizen Eco-Drive, Invicta, + Skagen watch prices fall by up to 45% at Amazon

Amazon cuts Timbuk2, Osprey, and Fossil bags as low as $21

Apple @ Work: Addigy LiveDesktop could be a crucial addition for supporting remote workers 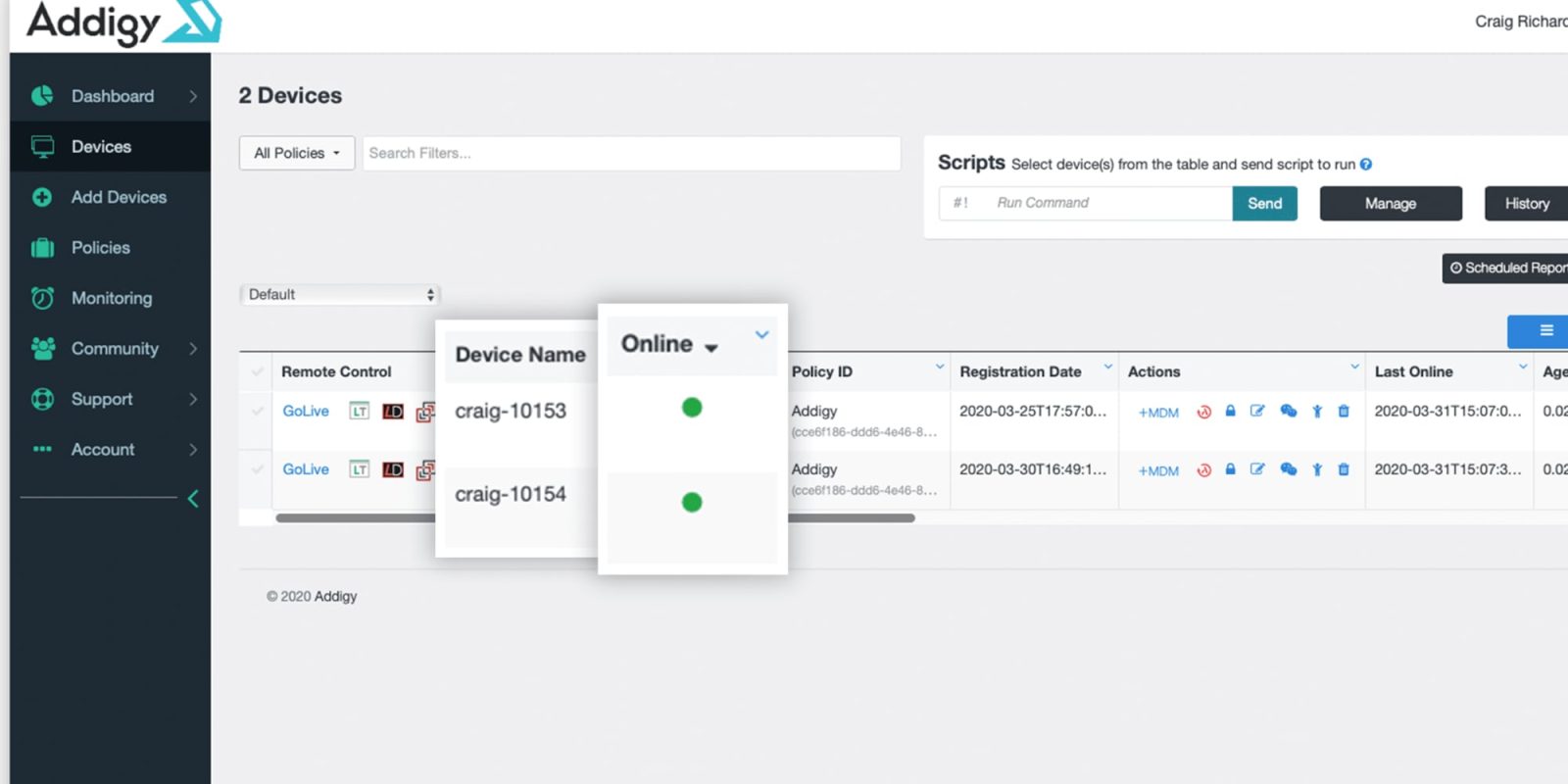 It seems like every article I’ve written in the past few months has started regarding COVID–19. While I hate that I keep mentioning it, it is informing a lot of how I am thinking about business operations going forward. I recently did a deep dive into the Addigy mobile device management system, and I think it could be beneficial for companies moving to permanent work from home. END_OF_DOCUMENT_TOKEN_TO_BE_REPLACED Door sensors are a central part of any security system. I’ve written about my experience with abode in the past, and I use its door sensors for my primary Homekit triggers with automations as well as security alerts for entry. Since abode is monitored, I know that if a door is opened while I am gone, I’ll get an alert. But what do you get if you only want a door sensor for HomeKit automations or want an unmonitored alarm for entry? The VOCOlinc door sensor will fit your needs nicely if that is what you’re looking for. END_OF_DOCUMENT_TOKEN_TO_BE_REPLACED