We reported back in April that the iOS 11 App Store redesign is seeing significant improvements to discoverability and increased downloads for developers.

According to App Store analytics firm Sensor Tower (via TechCrunch), the new redesign is creating steady download growth overall. One area in particular is browse-driven downloads. Pre-iOS 11, these type of downloads accounted for around 10 percent of all downloads versus 15 percent after the iOS 11 update. This number has been steady in 2018, after the initial “wow” factor has died off.

Despite this, the number one way of discovering apps on the App Store is still searching, with search accounting for an average of 65 percent of all downloads.

These numbers also vary by games and non-games (apps). Games tend to be downloaded more when browsing for them, while non-games see a bigger chunk from search, as shown by the graph below.

Are you downloading more apps or games with iOS 11? Let us know in the comments below! 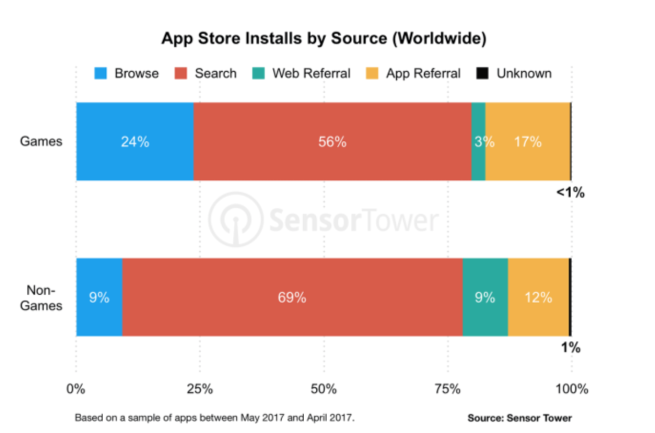