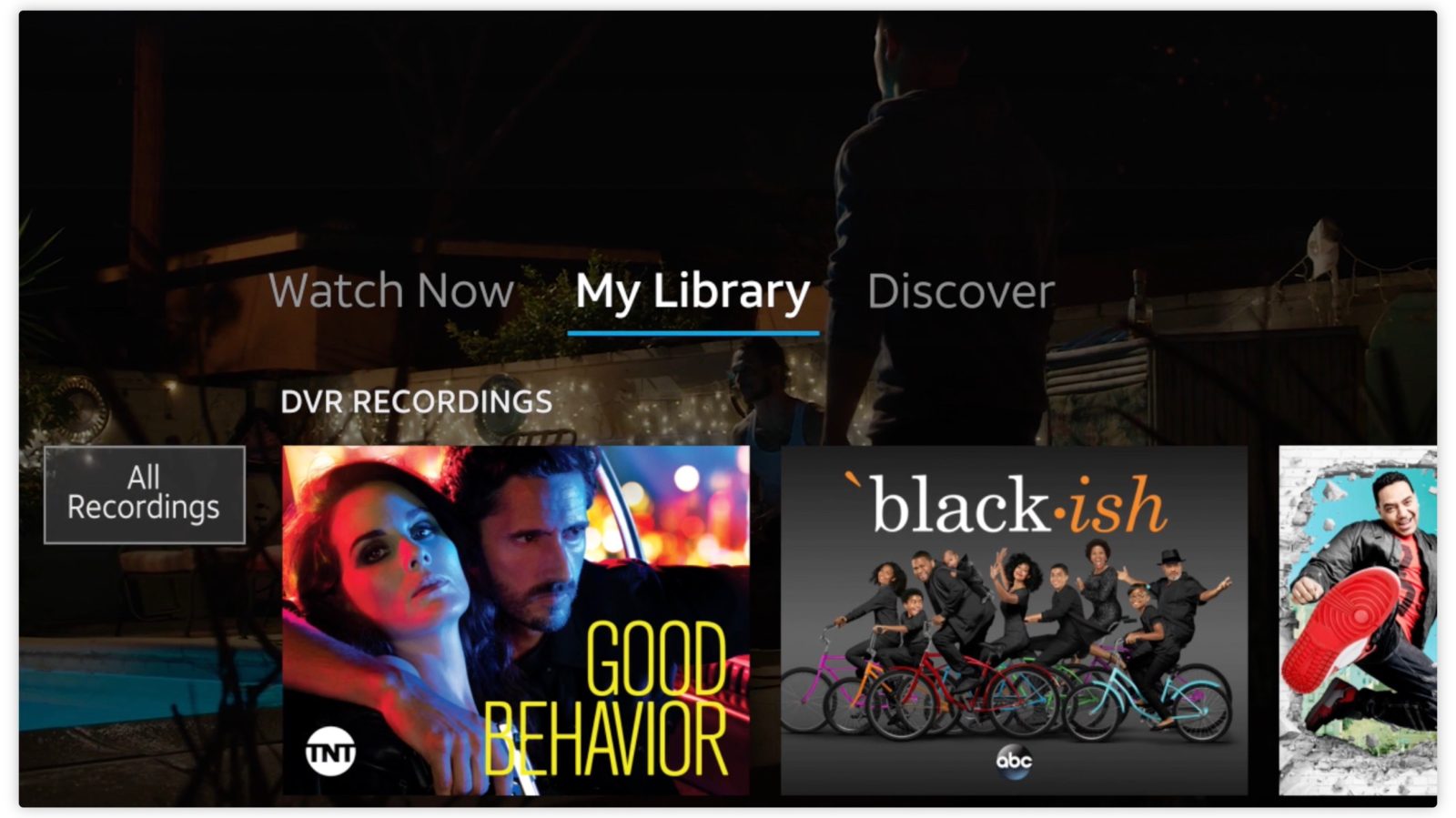 After an extensive testing period, DirecTV Now is officially launching its Cloud DVR feature to everyone. Though the company notes the feature is still technically in “beta,” everyone can now give it a shot.

Furthermore, the DirecTV Now apps on iOS and tvOS have been updated with a redesigned interface and more. You can also still lock in a free Apple TV 4K when you prepay for 3-months of service…

AT&T originally teased DirecTV Now’s Cloud DVR feature nearly a year ago, opening the feature up to beta testers gradually over the last few months. Cloud DVR allows users to record up to 20 hours of content for no additional charge. Recorded content remains available for 30 days after the initial airing.

DirecTV says, however, that it will launch a new tier with 100 hours of recording and 90 days of storage for an extra $10 per month. That will tack $10/month on to your bill, though.

Twenty hours of free recording is currently available today as we continue to evolve our beta testing of the Cloud DVR feature and expand availability to all DIRECTV NOW customers.

Record your favorites and watch virtually anytime you want for up to 30 days on your compatible smartphone, tablet or connected big screen at home. Record an entire series or just one episode on almost all our channels. Fast forward and rewind at will.

In addition to Cloud DVR, DirecTV Now is also expanding its on-demand library. While the service initially touted more than 25,000 titles, it’s now adding “even more on-demand entertainment,” with new episodes of select shows being available on-demand after airing. While you can’t fast-forward through commercials in on-demand content, it will help you preserve some of your needed Cloud DVR capacity.

You can also now watch up to three streams at once on DirecTV Now. While the service has long-supported two streams, you can add a third stream for $5 per month:

Enjoy access to up to three simultaneous different streams per account. Don’t want to watch cartoons with the kids? Sick of your spouse’s love for reality TV? Don’t worry – we’ve got you covered beyond the standard two streams with a third stream for $5 per month.

Last but certainly not least, AT&T has revamped the DirecTV Now interface on iOS and tvOS. For instance, under the “Watch Now” tab, you’ll now see the 15 channels you watch most recently, making it easier to pick up where you left off.

If you happen to jump into a live episode late, you can return to the beginning of that episode and immediately start recording. The Guide interface has also been revamped and takes up less of the display, allowing you to keep watching what’s already playing.