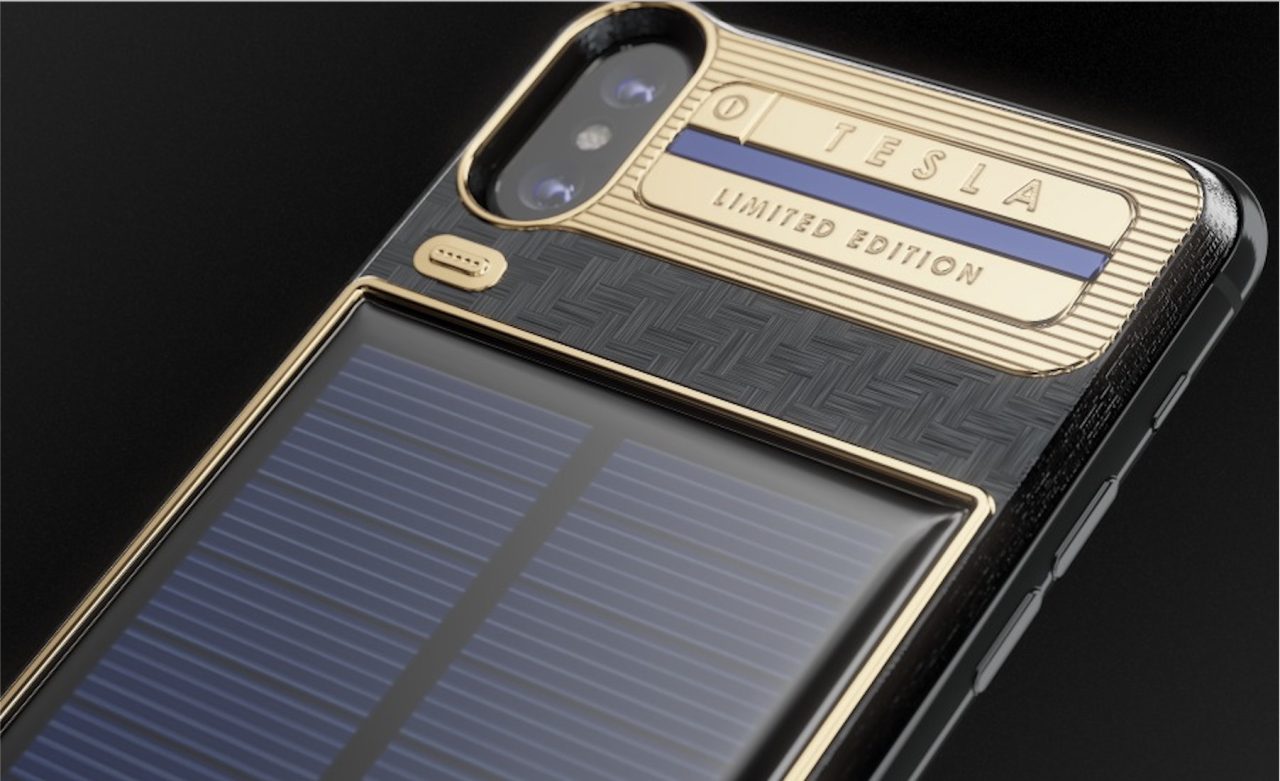 Spotted by AppleInsider, the new custom iPhone X from Caviar doesn’t have any official connection with Tesla, but was rather inspired by the company.

The custom case/build with gold detailing and solar panel looks as though the modification is fixed in place. iPhone X Tesla takes the device from 170g to 260g in weight and also makes it considerably thicker going from 7.7 mm to 16.2 mm.

Above the shock-resistant solar panel is 999 standard gilding and the rest of the modification features a carbon fiber material.

While the concept looks sharp, there are no details on the solar panel capabilities and it is likely more for show than anything else. However, since the panel feeds into a secondary battery, users may be able to build up a backup charge over an extended period of time. 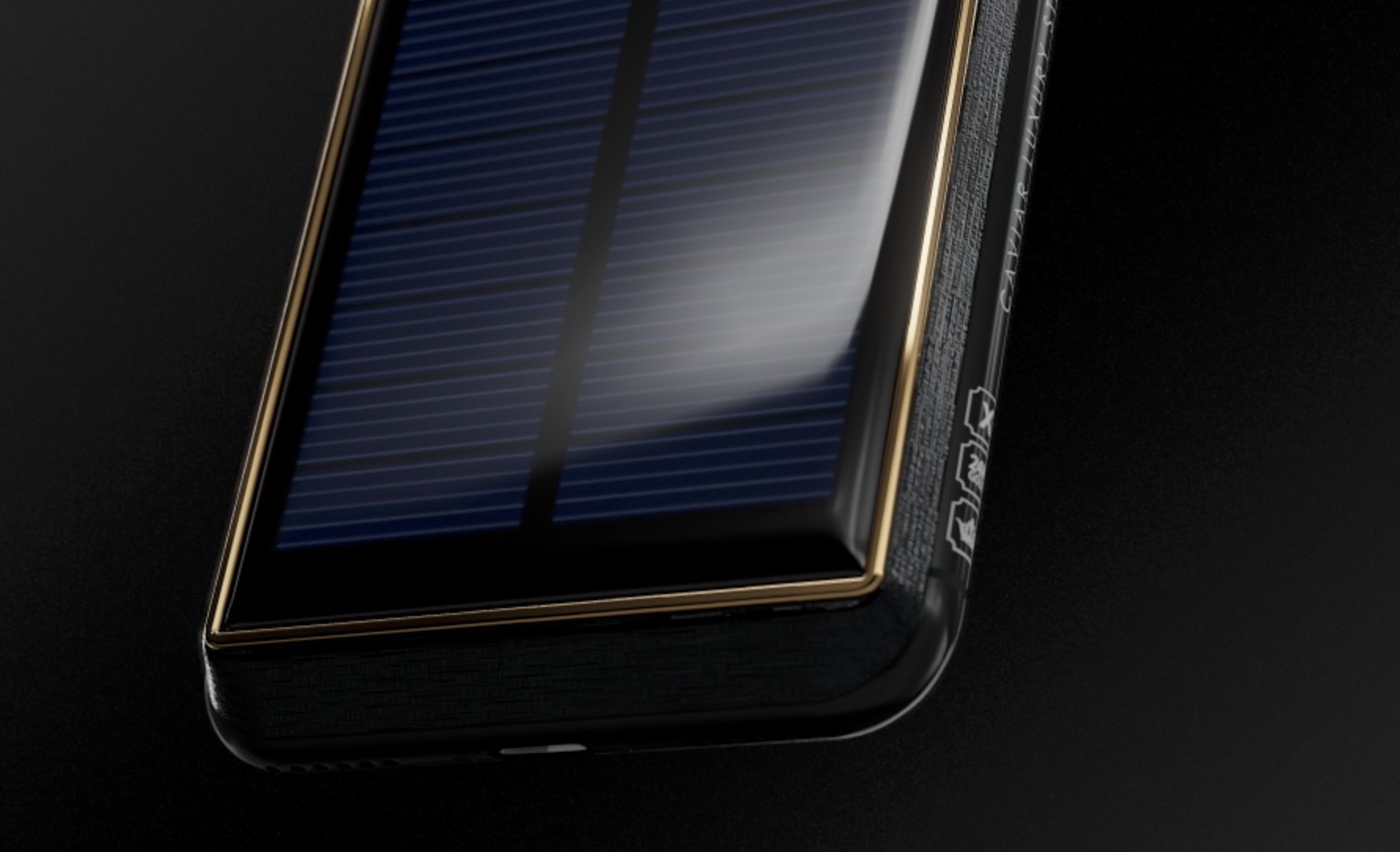 As reported by AppleInsider, Caviar was initially only going to produce 99 units of the iPhone X Tesla, but based on pre-order demand will now make 999. The company is reportedly going to give the first device to Elon Musk.

If you’re looking for a much more affordable way to dabble with charging your iPhone via solar power, there are some good options from $15 on Amazon.