PSA: Asking Siri about WWDC does not reveal a new HomePod or anything else 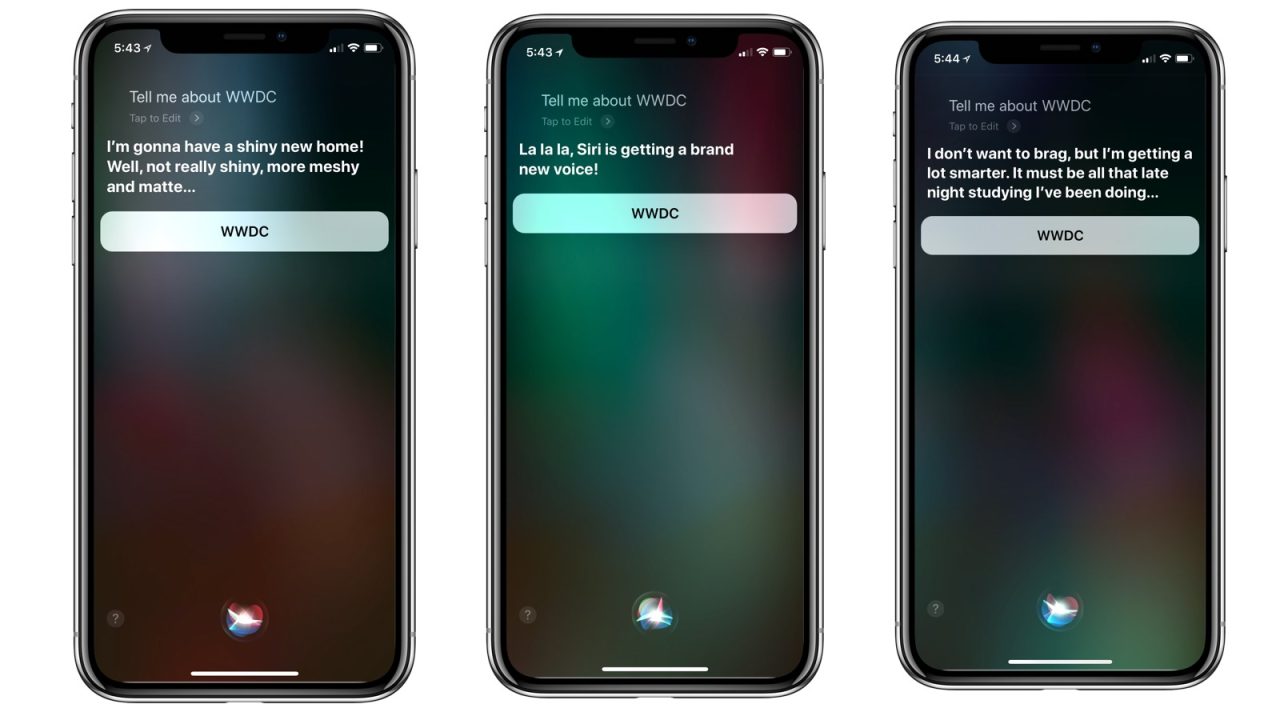 Over the last few days, a story has been making the rounds claiming that Siri itself is teasing a major overhaul coming at WWDC next month, as well as a new HomePod. Essentially, if you say to Siri, “Tell me about WWDC,” it teases that it’ll be getting “a lot smarter” and getting a new “home.”

In actuality, these are the same responses Siri offered up after last year’s WWDC when the HomePod was introduced…

When you ask Siri to tell you about WWDC, it offers several different responses. One teases that it will be getting a “more meshy and matte home,” seemingly hinting at the introduction of the HomePod.

Another says that Siri will be “getting a lot smarter” and jokes that it’s all the “late night studying I’ve been doing.” Finally, Siri also teases that it is “getting a brand new voice” at WWDC.

“Hey Siri, tell me about WWDC.”

In reality, these are the same responses as Siri offered up last year as a recap of WWDC.

When you ask Siri to tell you about WWDC, it interprets it as you asking for a recap of WWDC 2017. As you’ll recall, last year’s WWDC brought the introduction of HomePod (Siri’s ‘meshy and matte’ new home), as well as a refreshed Siri voice. Craig Federighi touted that new voice as being based on deep learning. “We’ve used deep learning to create a new natural and expressive voice for Siri,” he said at the time.

If you ask “Tell me about WWDC 2018,” Siri is much more generic and far less exciting:

In the end, there’s a certain level of irony to this whole situation. Siri isn’t all that great at context, despite the fact that she got “smarter” at WWDC 2017, which is leading to a lot of misinformation about WWDC 2018.