Apple confirms it will live stream WWDC keynote on June 4 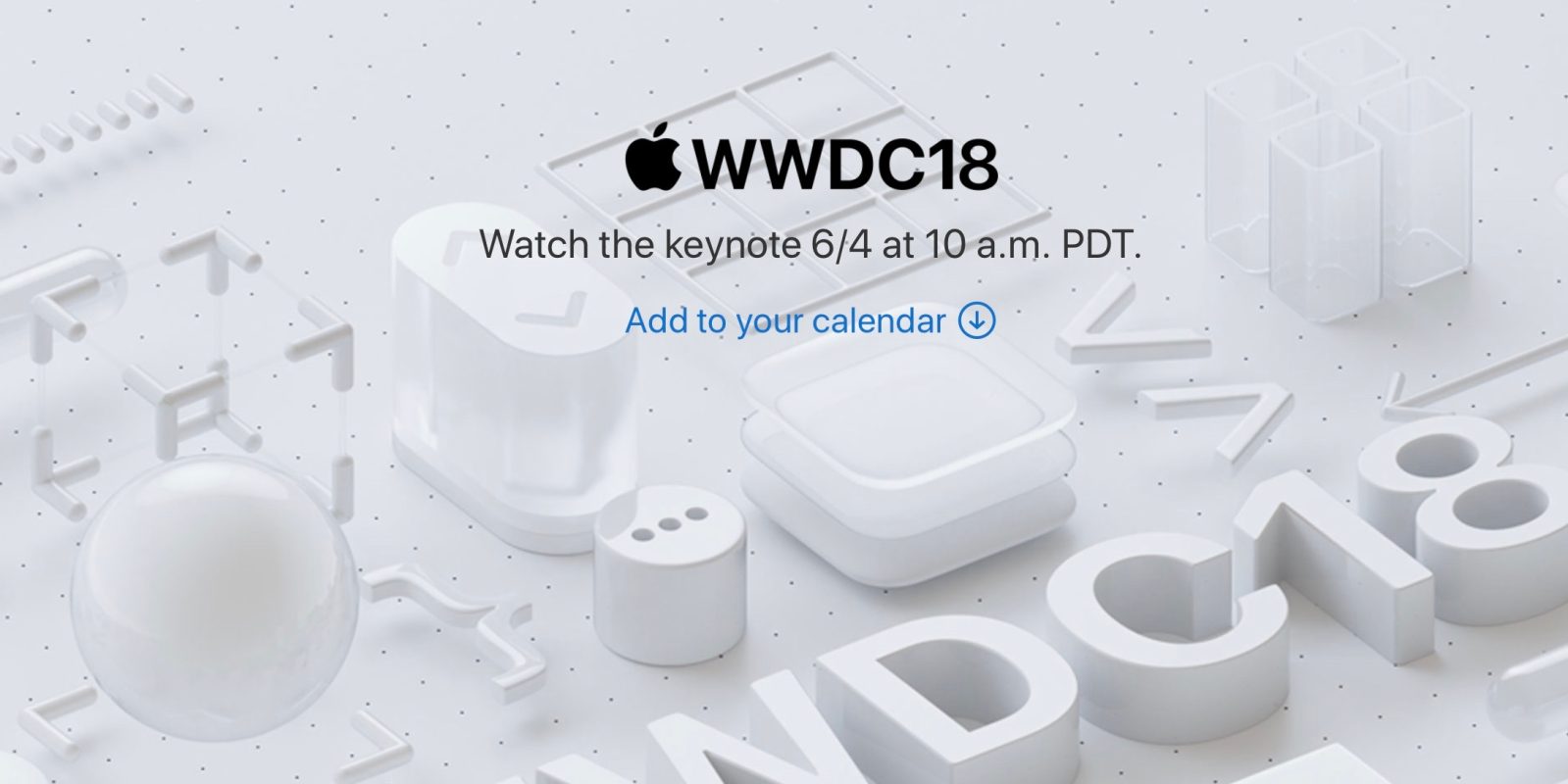 Although Apple didn’t offer a video stream of its March education event, it comes as no surprise that its WWDC stage will be streamed live. Apple confirmed this today with a new banner on the Apple.com homepage, inviting customers to join in on the announcements on June 4.

The event video will be available to watch live from 10 AM Pacific Time on June 4. Apple is expected to announce its next-generation software platforms, headlining new features in iOS 12, macOS 10.14, watchOS 5 and tvOS 12.

9to5Mac will be there in person, and we’ll be bringing full coverage of all the announcements as they happen.

Earlier keynote videos were limited to Safari and Microsoft Edge compatibility only, but since the September 2017 event Apple has relaxed these restrictions.

The same will be true for its first streamed event of 2018, with the small print acknowledging support for Firefox and Chrome — although of course it is best viewed through Safari on iPhone, iPad or Mac.

This stream is best experienced on an iPhone, iPad, or iPod touch using Safari on iOS 10 or later; a Mac using Safari on macOS Sierra 10.12 or later; or a PC using Windows 10 and Microsoft Edge. Streaming to Apple TV via AirPlay requires an Apple TV (2nd generation or later) with the latest Apple TV software or tvOS. Other platforms may also be able to access the stream using recent versions of Chrome or Firefox (MSE, H.264, and AAC required).

Apple TV owners should expect a software update to the Apple Events app in the next week or so, allowing you to watch the show natively on your big-screen TV.

The main keynote is really the customer-focused show of the developer conference. The morning presentation focuses on software (and sometimes hardware) announcements aimed at end-users. On Monday afternoon, Apple hosts the developer-centric keynote; the ‘State of the Union’. Live video of this and most other sessions throughout the week will be available to watch at developer.apple.com/wwdc.