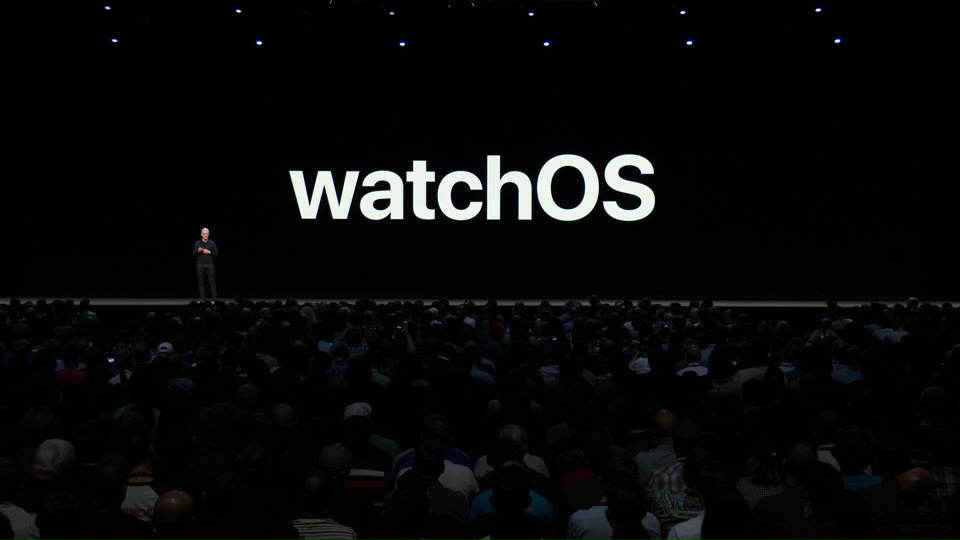 Apple has just announced watchOS 5, with new features for health and fitness and better ways to stay connected. You can now set 7 day Activity Challenges with friends and earn custom achievement medals. Apple has added support for yoga and hiking in the Workout app as well as a method to automatically detect what workout you are doing without you having to initiate it …

In the Workout app, you can now set a target pace and get alerts if you fall behind.

Automatic workout detection supports a limited set of workouts. If the Watch senses you have begun a workout, the Watch will suggest to start tracking it including retroactive credit. It can even tell you when to stop tracking.

In terms of connectivity, Apple has added a brand new voice messaging app called Walkie-Talkie. You can send messages over WiFi or LTE. It has quick shortcuts to communicate with people you talk to the most. It’s a dead simple press-to-talk feature on the Watch.

The Siri watch face adds the new Siri Shortcuts introduced with iOS 12, as well as new data sources including Sports, Maps and Heart Rate. The remaining time on the Workout can appear as a tile, and updates dynamically. The Siri watch face can also integrate with third party apps.

They showed example integrations with Nike Run Club, Citymapper and Lose It!.

Some more new changes include automatic Siri recognition; you no longer need to say Hey Siri to start talking to Siri. Apple Watch also supports viewing web content inside Messages, so you can get a rough preview of web content in Mail or Messages. It supports Reader Mode when available.

Podcasts app is now on Apple Watch with Podcasts streaming on WiFi or LTE. Playback state syncs across all of your devices, so you can carry on across any device. 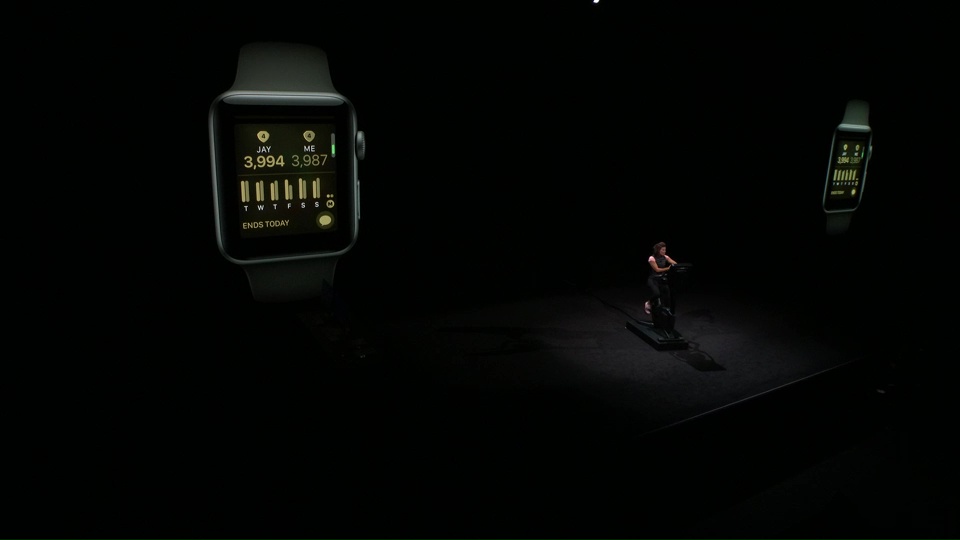 The Apple Watch on-stage demo was presented by Jules whilst on a bike machine. They showed hwo GymKit works, and demoed the new friends’ activity challenges. They also demoed the Walkie-Talkie app in action; a simple UI makes a large ‘Talk’ button the only action so you can talk whilst on a workout.

Just like iOS 12, watchOS 5 now groups notifications for easier management. Apple has also upgraded the interactive notifications for third party apps, so users can perform more actions without having to launch the app.

You can now customise the Control Center, see air quality in Weather, scheduled Do Not Disturb and much more: 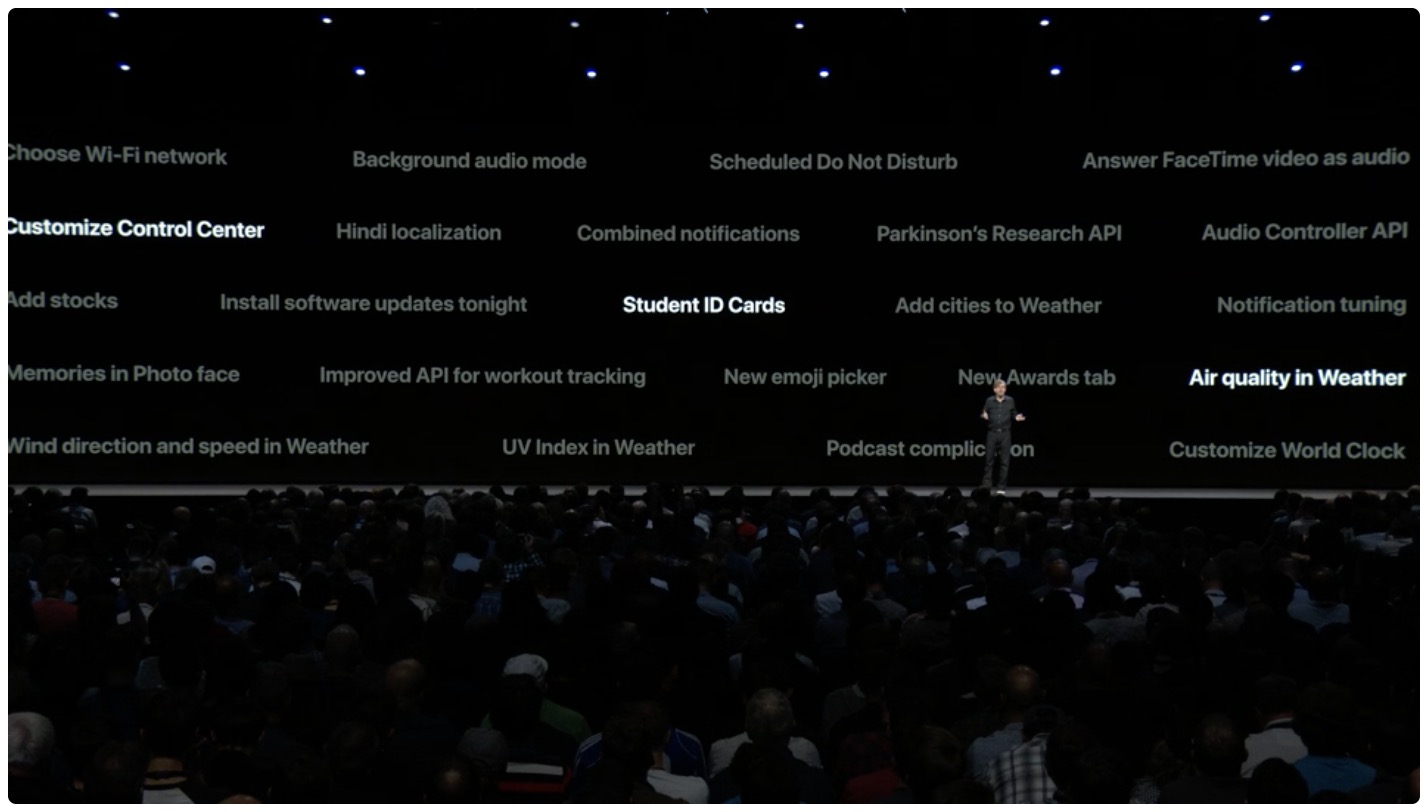 Apple is also adding the ability to add Student ID cards to Wallet on iPhone and Apple Watch, allowing access to your dorm or dining hall. This will be available in the fall with a handful of universities.