For many Mac users, one of the top features of macOS 10.14 Mojave will be the new Home app and support for controlling HomeKit devices with Siri on the Mac. Both of these have been sorely missed in previous versions of macOS, but Mojave is finally changes things…

First and foremost, macOS 10.14 features a new Home app. As Apple explained on stage at WWDC, this is one of the applications it brought from iOS to macOS using new cross-platform frameworks.

On the surface, it’s not necessarily clear that the Home app was brought directly from iOS to macOS. It looks and operates like a Mac app for the most part, though there are some instances where things feel a bit wonky.

For instances, when you would 3D Touch in iOS app, you have to right-click on macOS. This isn’t explicitly clear and causes some funky windowing to occur. However, what’s important to remember here is that this is only the first beta of macOS 10.14 Mojave, and we can expect Apple to refine things as the testing continues over the coming months.

In terms of features, the Home app on macOS works just as you would expect it to.

Along the top of the app, you have tabs for Home, Rooms, and Automation, as well as a “+” icon for creating a new scene or automation. At this time, it appears that scene creation is broken in the Home app for iOS and macOS, but that’ll be fixed in future betas.

In the Home tab, you see all of your favorite accessories and scenes, just like on iOS. Right-clicking allows you to choose between Quick Controls, such as changing the brightness or color, as well as a “Settings” menu for changing the icon, name, and more.

In the Rooms tab, you can filter between your various rooms and see each accessory there. To switch between Rooms, you have to use the “View” tab in the menu bar or swipe left/right with two-fingers on your Mac’s trackpad. Using the “Edit” option in the menu bar, you can view your list of existing rooms and create new ones. 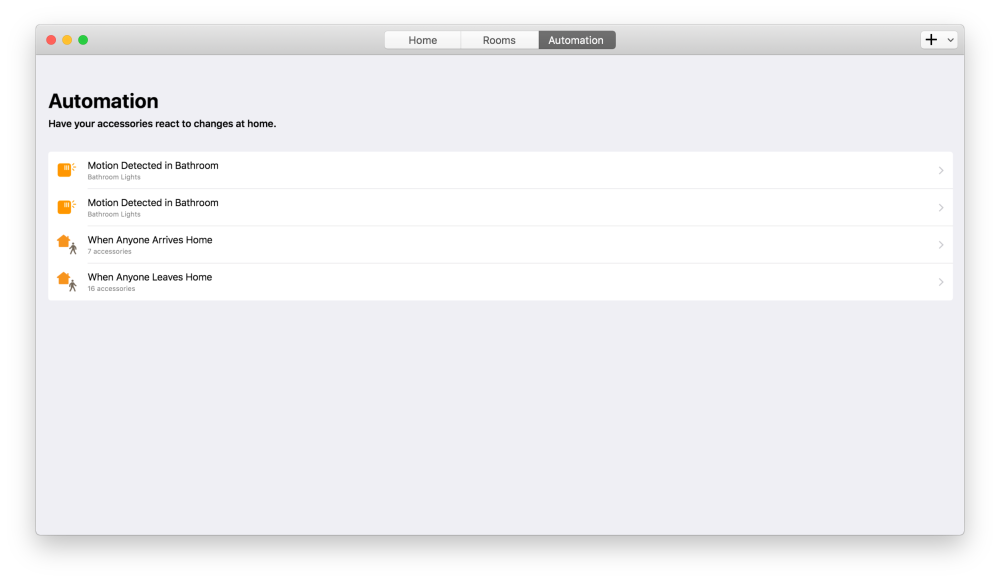 Finally, in the Automation tab, you can view and edit your existing automations, while the “+” button lets you create new automatons.

At long last, you can now use Siri on your Mac to control HomeKit accessories, as well. This works exactly how you would expect it to. Simply tap the Siri icon in the upper-right corner of your display and you can instantly start issuing commands. 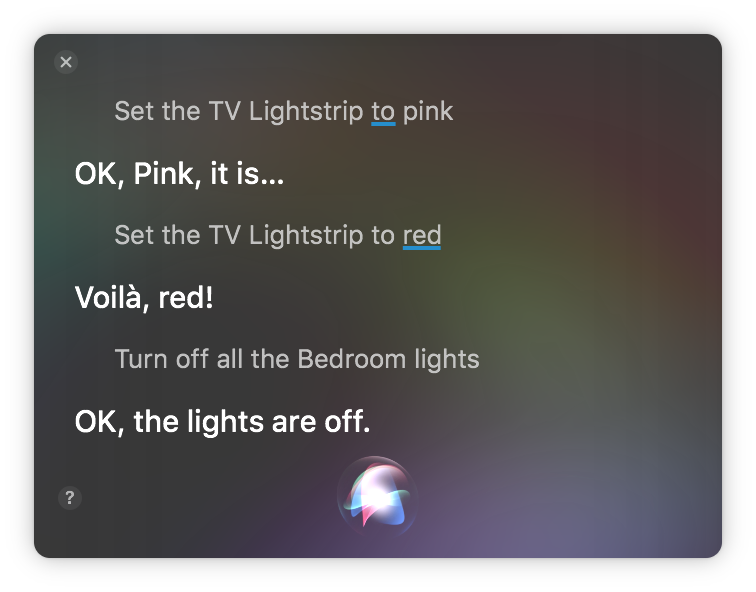 It’s nice to finally have support for controlling HomeKit accessories from macOS, whether it be from the Home app or Siri.

While the Home app on macOS still has its quirks, it’s incredibly useful for times when you don’t have your iPhone or iPad near you. Of course, we can also expect Apple to continue making improvements as the macOS 10.14 beta testing period continues.

Have you tried HomeKit on macOS 10.14? What do you think? Let us know down in the comments!